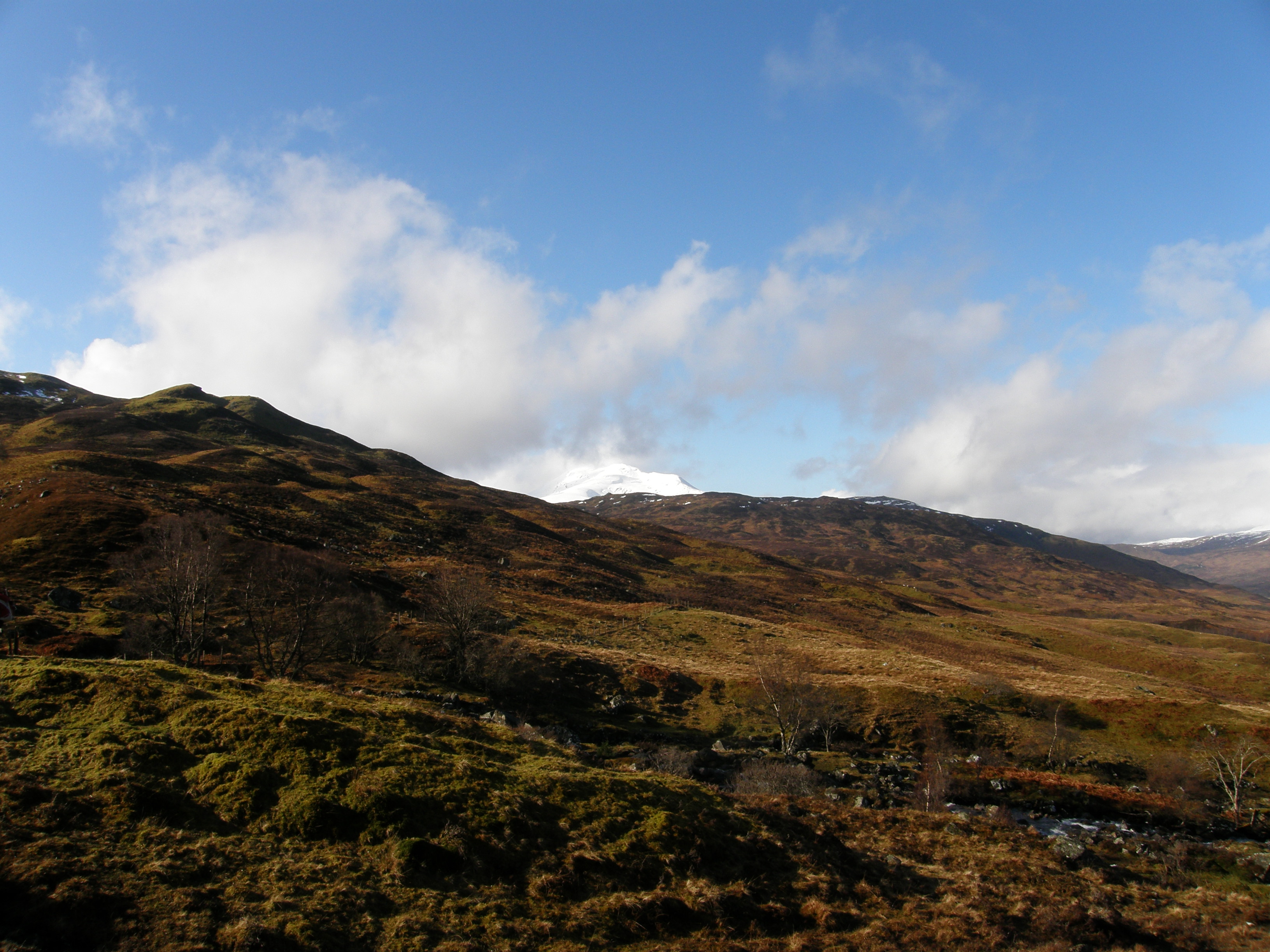 Regular follower of this blog (hello Mum) will know that my year is punctuated by regular get-togethers with a band of accomplices of some 30 years standing. One such is the late winter so-called ‘Boys Weekend’. Very few of those who attend could honestly pass muster as ‘boys’, some being of the wrong gender, and others being a tad long in the tooth.

This year we once again stayed at the Suie Lodge Hotel and I’m sure we’ll be back again next year, because the food and the welcome are always excellent.

The forecast for the weekend didn’t promise much, but the Saturday morning brought at least some gaps in the cloud, and some fleeting glimpses of the obviously snow-plastered ridge leading to Meall na Dige and eventually Stob Binnein. A large contingent of our group set-off, much like we had last year, along the old Oban-Callander railway line and then up the valley of the Ledcharrie Burn. 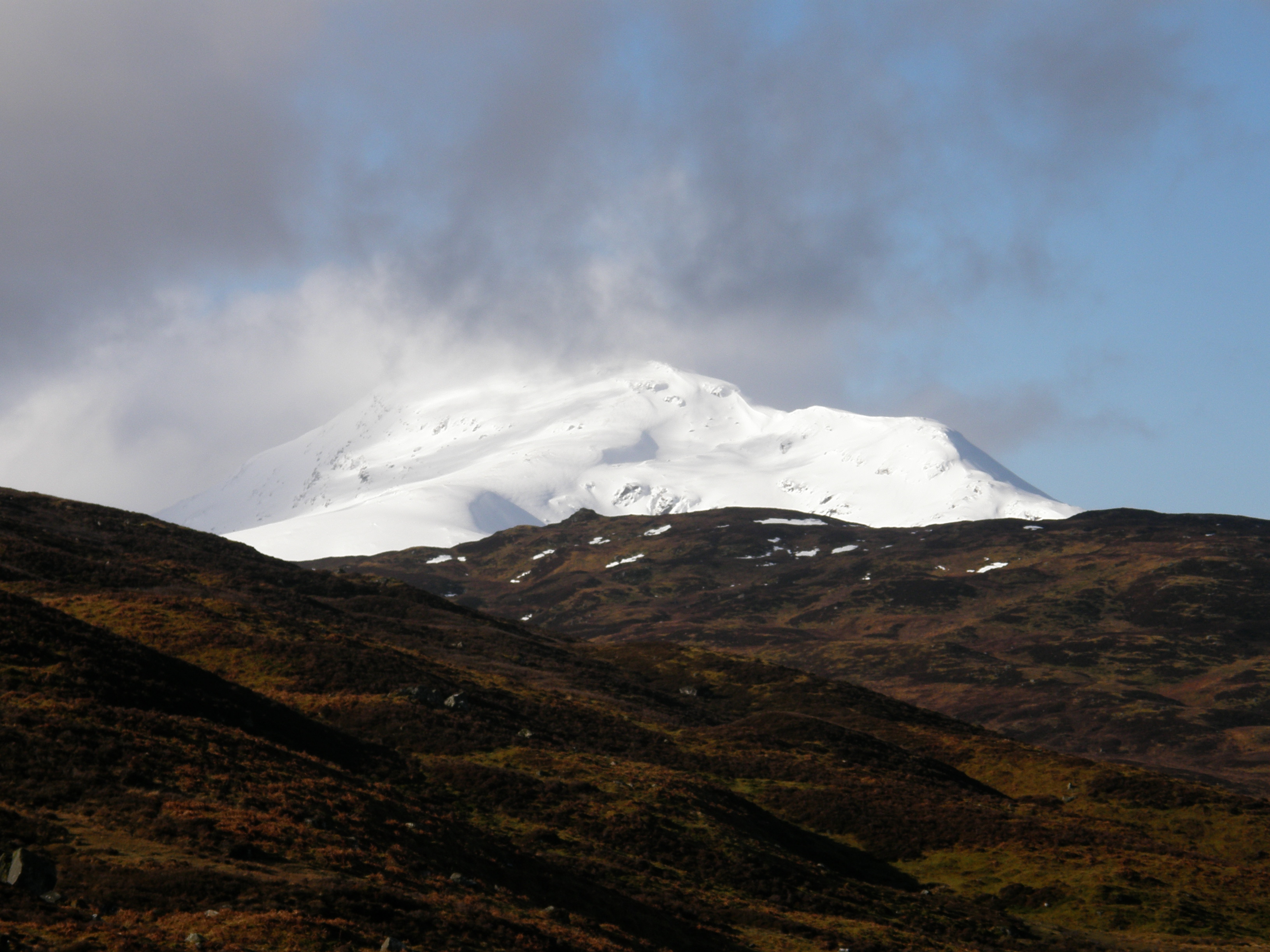 We were heading for Lochan Eireannaich, from where, last year, strong winds persuaded us to turn West and up the Stob. This time we were intending to head East on the ridge, possibly as far as one or both of the Corbett’s in that direction. 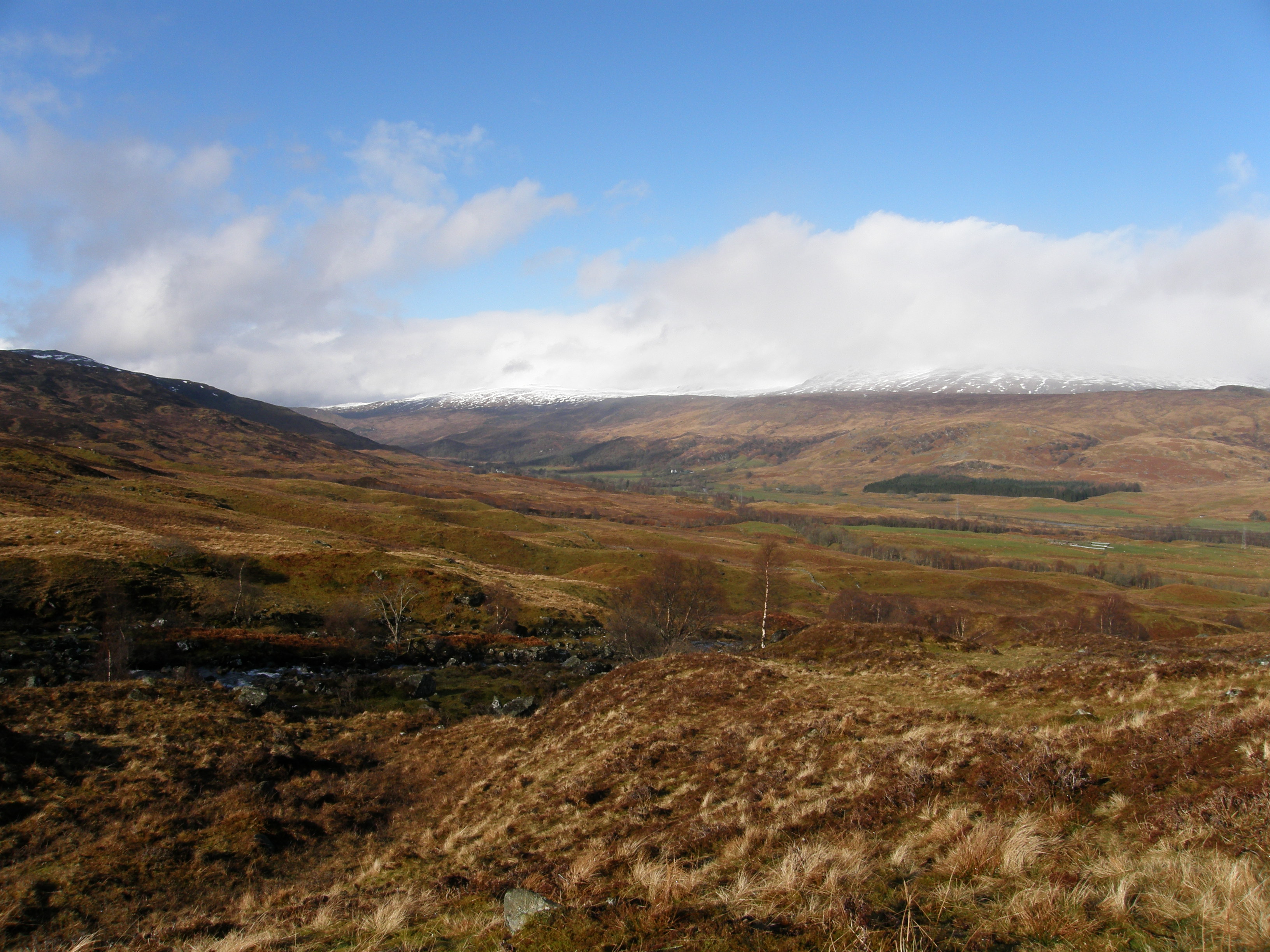 The snow conditions were a bit odd, seeming almost to go from no snow cover at all to deep floundering drifts with little transition between. We stopped for a bite of lunch by Rob Roy’s Putting Stone (it’s much bigger and more impressive than this photo suggests). 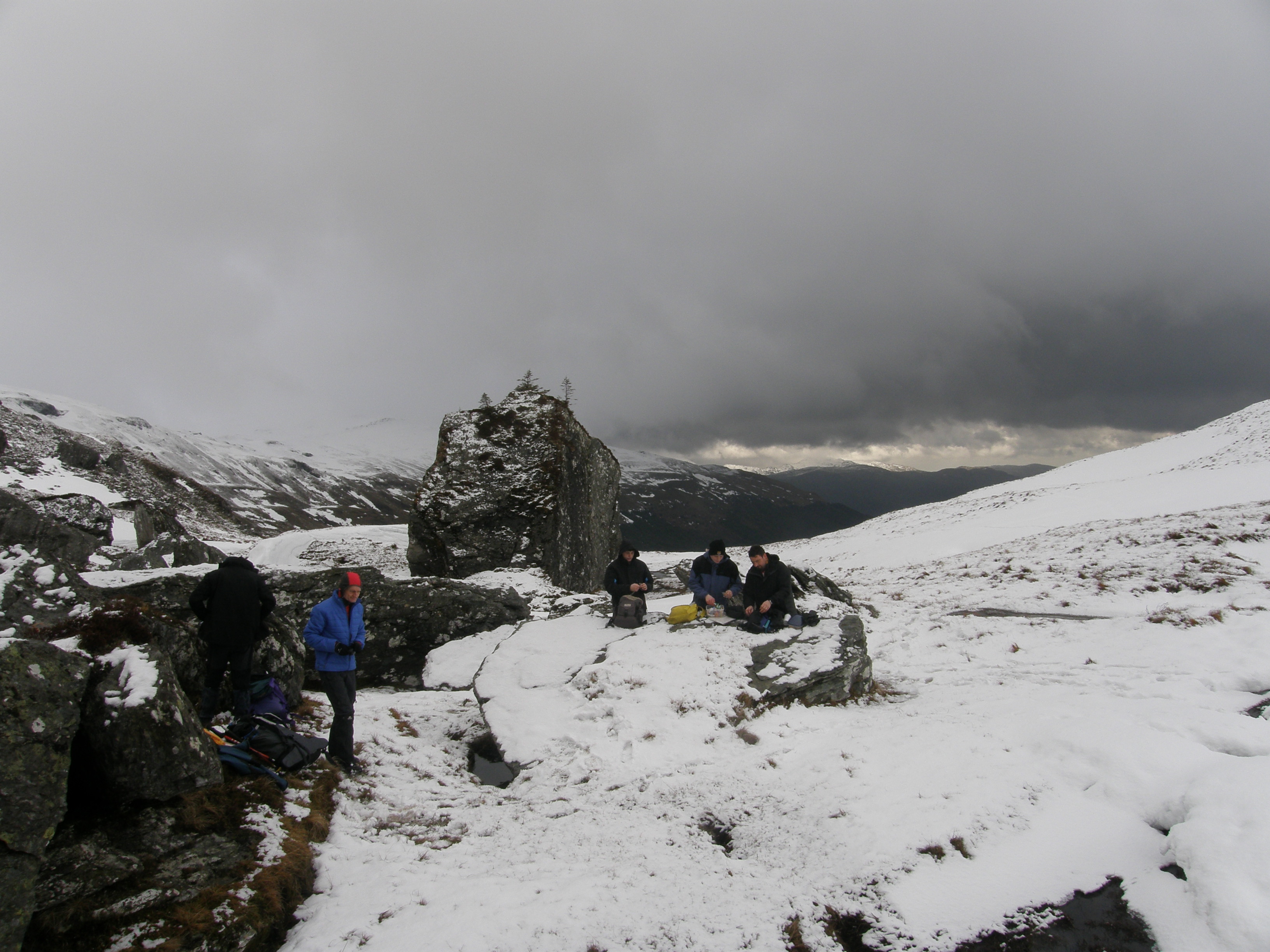 We were a bit surprised when a huge party of teenaged Americans walked past our lunch spot and then back past us again five minutes later. 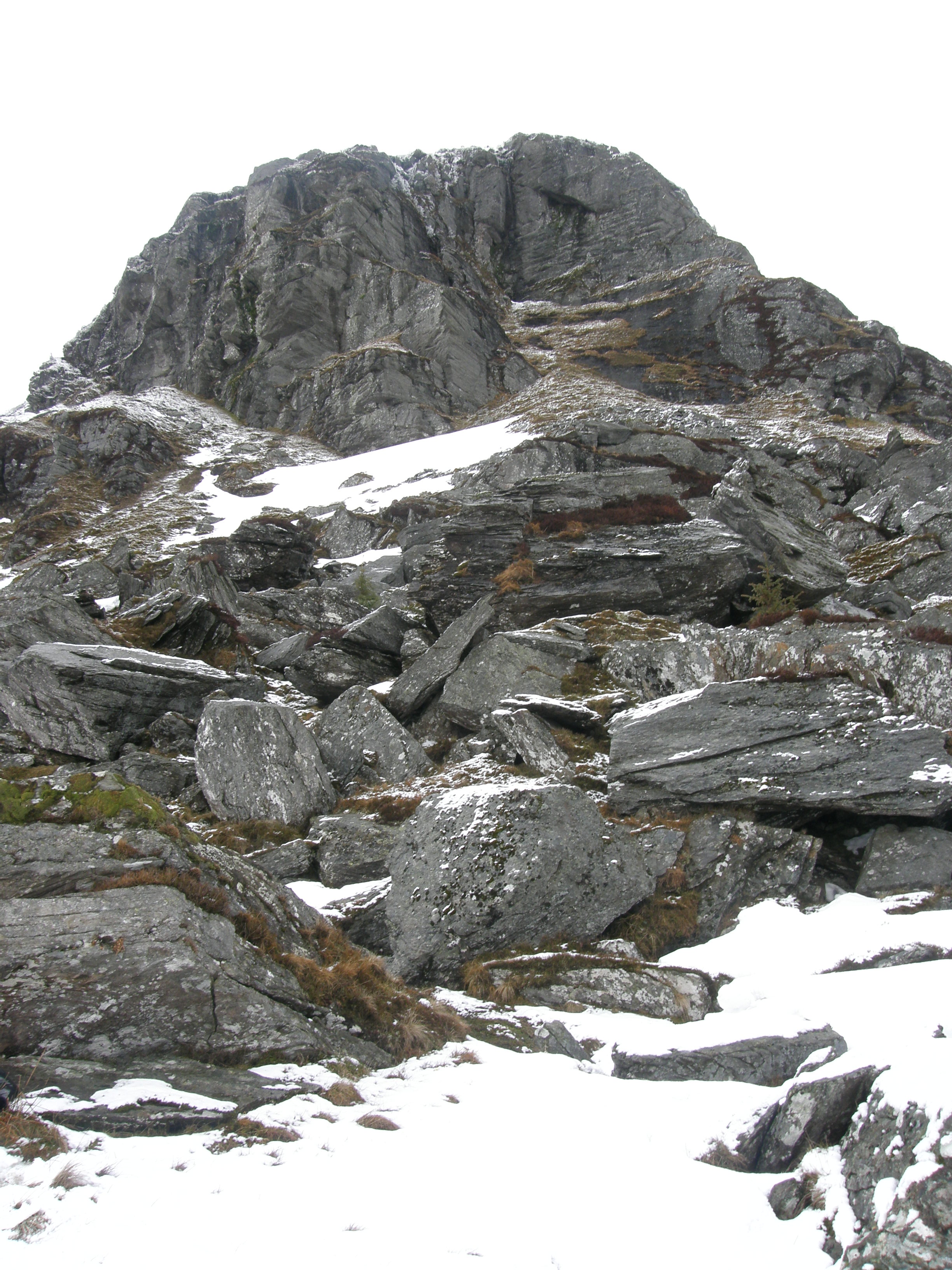 The Hardman found us a route which bypassed the huge crag of Leum an Eireannaich taking us up to the unnamed (on the OS map anyway) point 789 (same height as Watson’s Dodd in the Lake District – is it a bit sad that I remember that, but can’t remember people’s names?). I knew by then that I had had enough, and I left the others to follow the ridge East and struck out to the North on the long ridge towards Creag Ghlas.

The walk that followed was a bit odd, at least at first. I was in the cloud and, with white in every direction, I found it very difficult to judge distances and also the gradient ahead. I knew from the map that this was the gentlest of descents, but on more than one occasion I found myself thinking that I had left the ridge, judging the slope below me to be too steep. I found myself checking a compass bearing repeatedly for reassurance. In the event, the ground never did turn out to be as steep as I had thought it.

Aside from the regular bearings, I had the additional comfort of the fact that a large group had clearly already come this way. To begin with, the snow was firm and a pleasure to walk on, but as I lost height I was pleased that somebody else had broken a trail for me.

Eventually, I dropped out of the cloud again, and leaving the ridge just short of Creag Ghlas, had a very pleasant walk back to the Hotel. 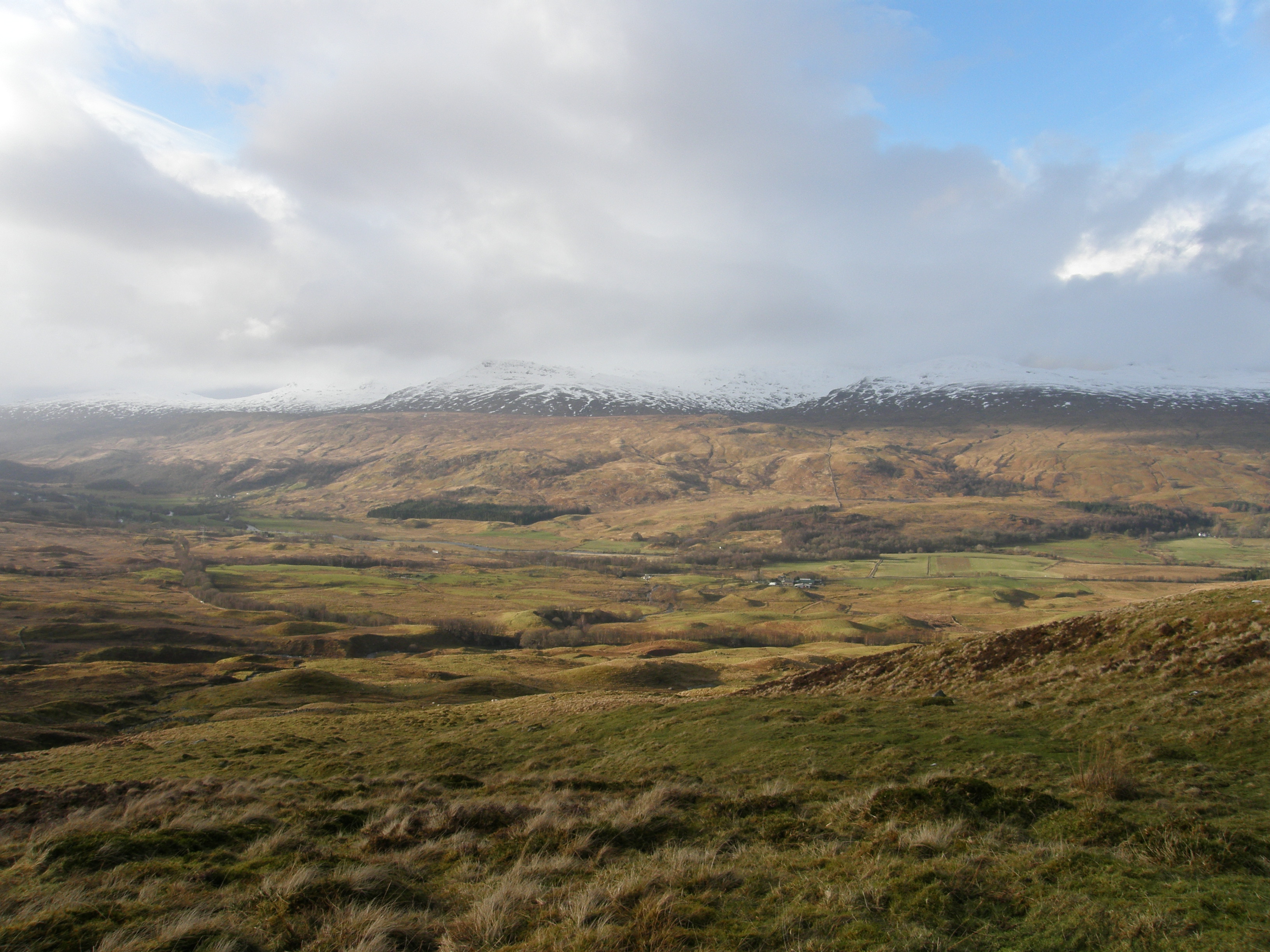 On the Sunday, we climbed Ben Venue. The weather once again started reasonably brightly, but we knew that the forecast was for it to turn to rain. And it did. 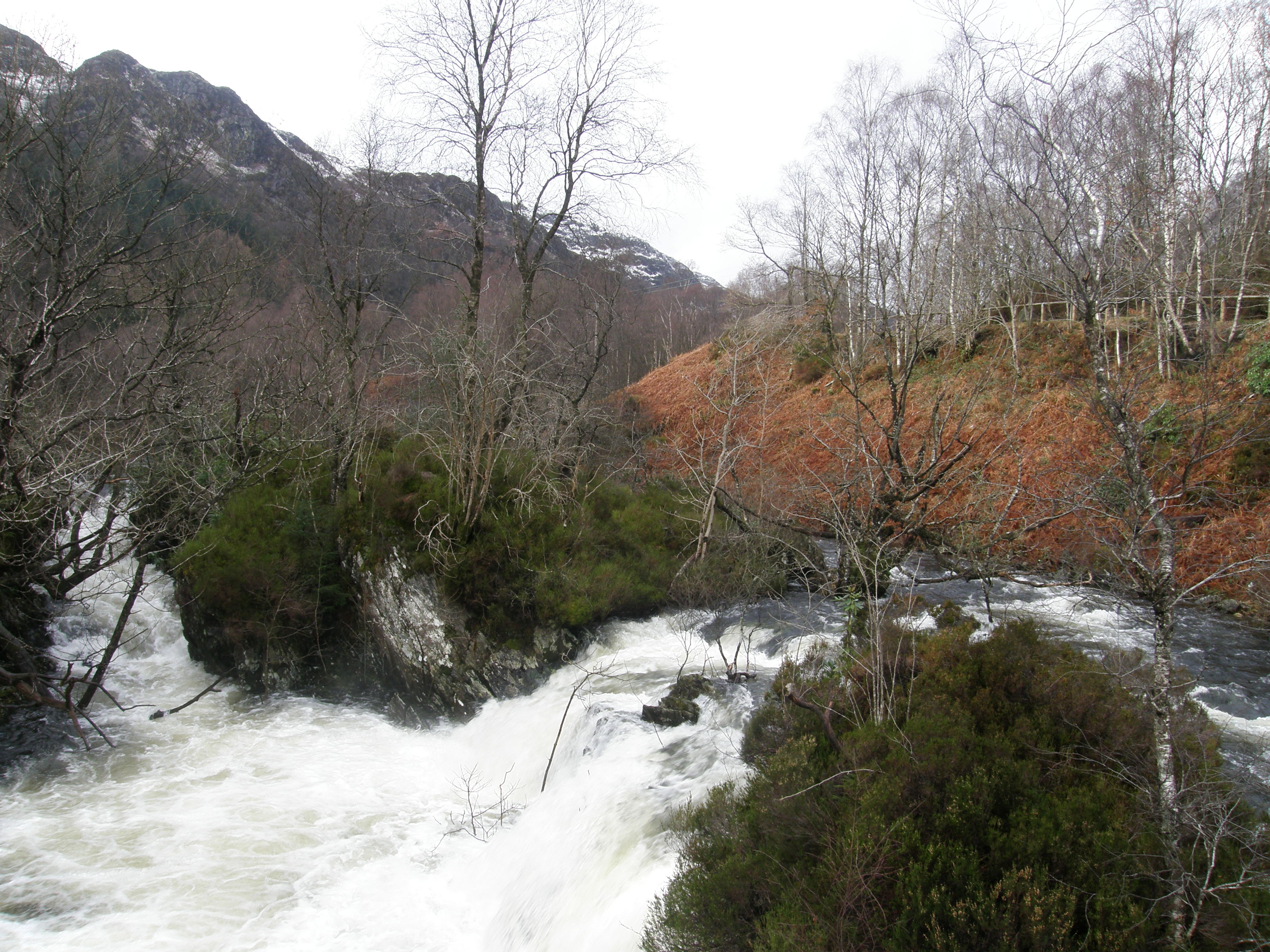 It was grand to be out, as ever, but I think I need to come back in better weather to get a fair view of Ben Venue and its charms. 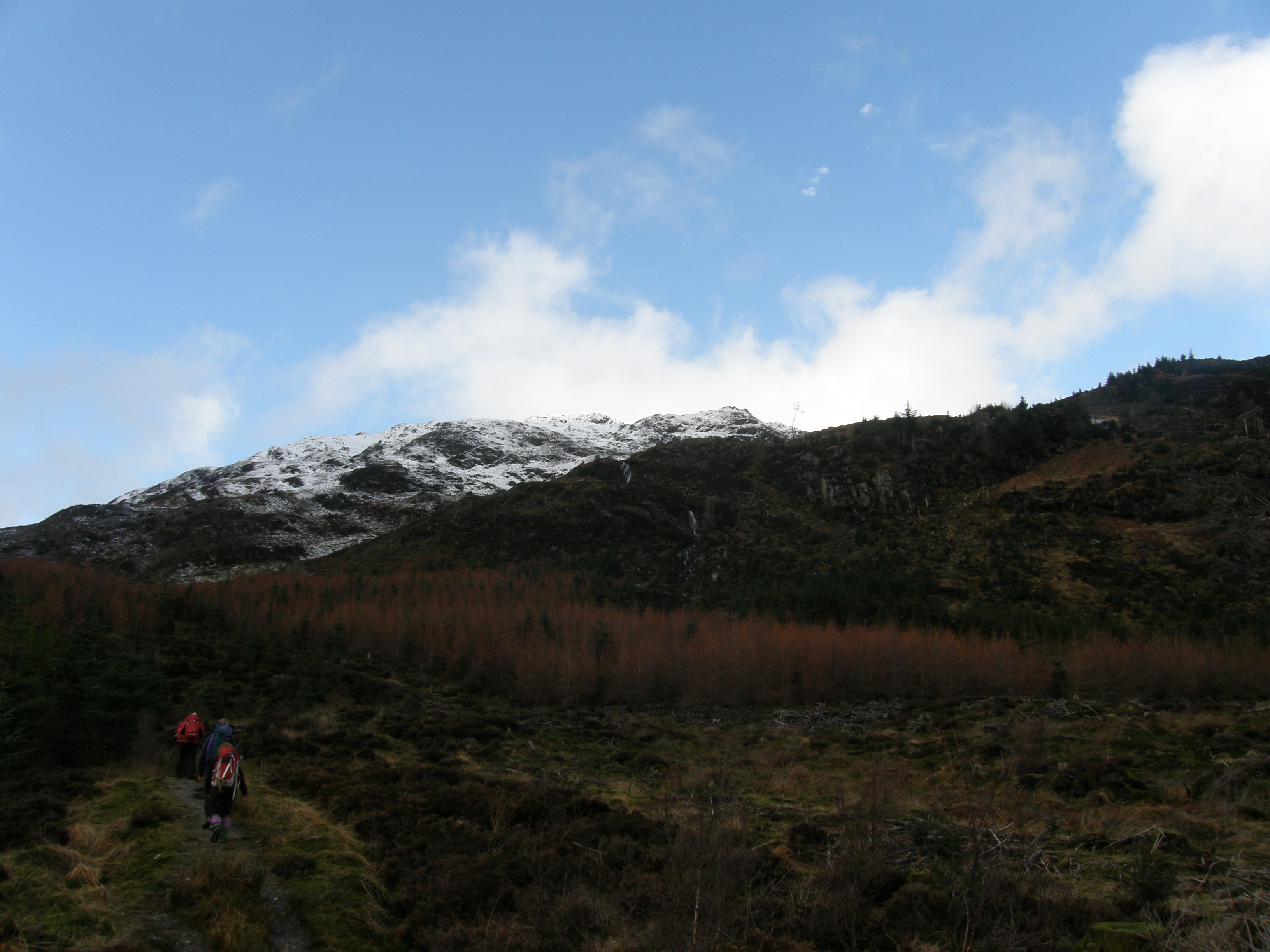 I don’t seem to have taken many photos. There’s a fuller account of the day on Andy’s post here. (Very lazy of me that, I know. but then, I have a talent for laziness.) 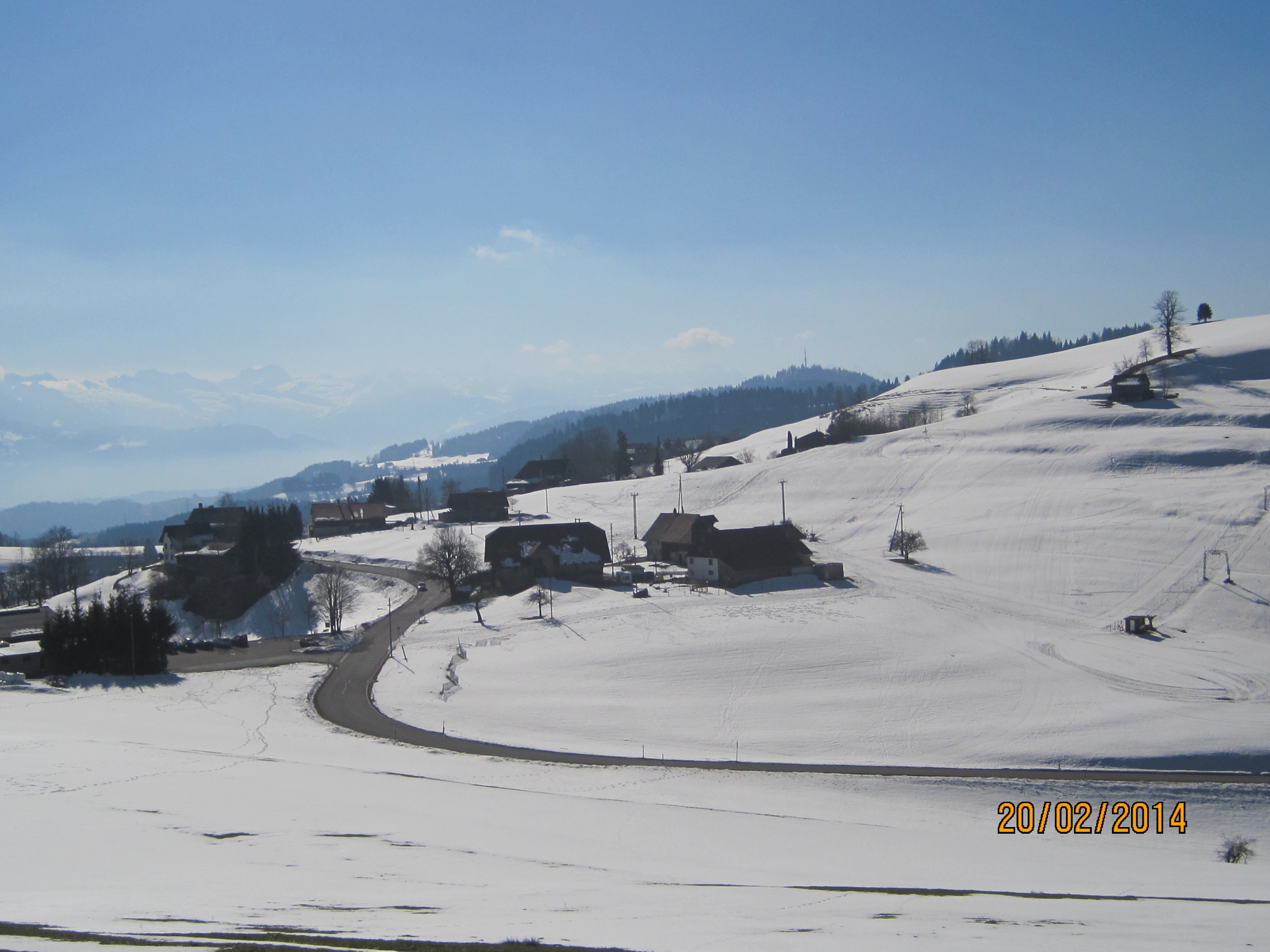 Once upon a time, a small band of hardened nutcases drove (usually) or ski-trained (once, I think), or even, latterly, flew, once a year, to the winter playgrounds of the Alps. Everything was organised to accommodate maximum time on the pistes – 8 days skiing minimum; first lift in the morning; last lift in the evening to the highest possible station. Après ski wasn’t part of the deal. The aim was an Everest’s worth of descent every day. Single-minded stuff: ski, ski, ski. 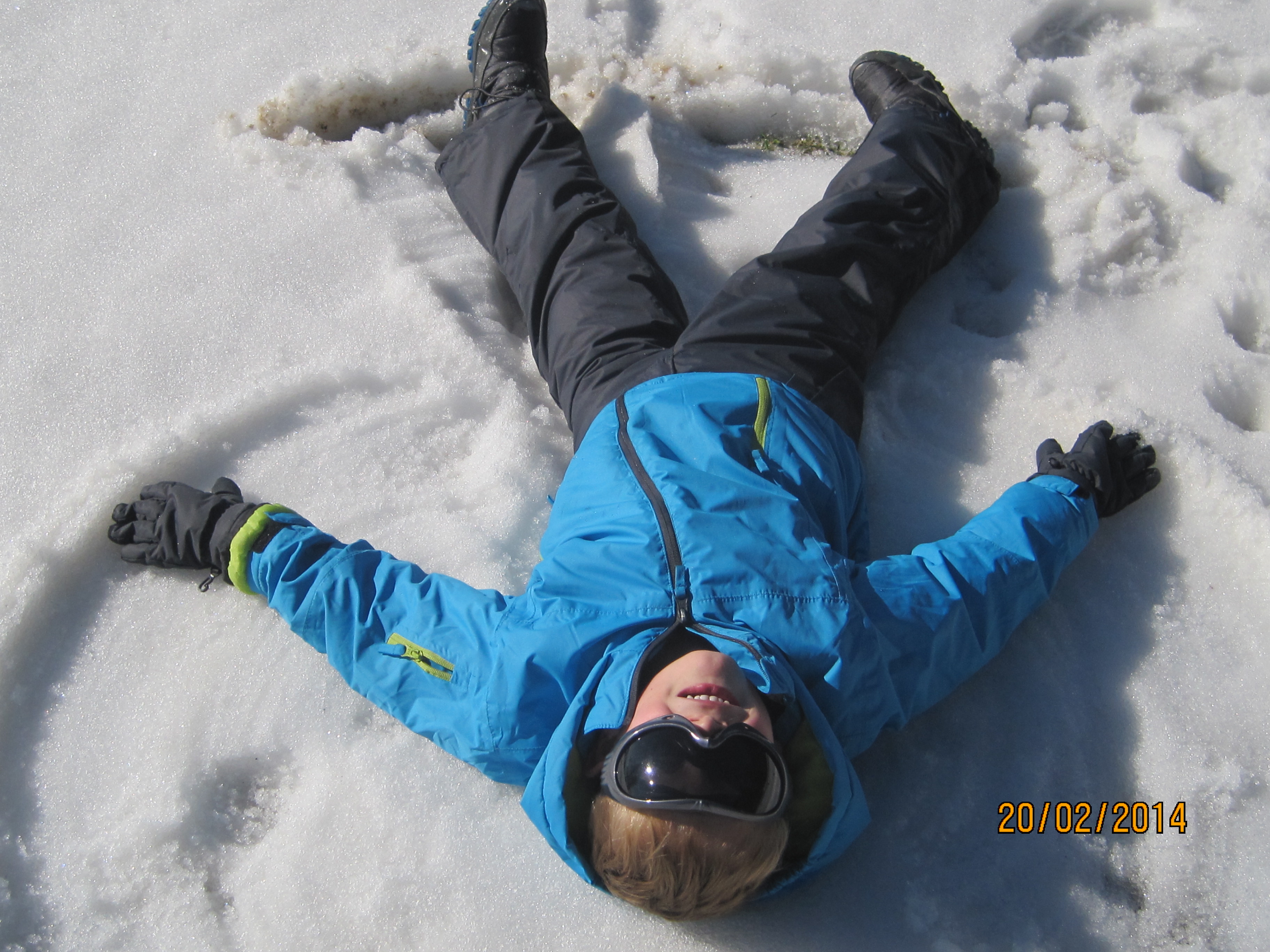 Now, for me at least, priorities changed several years ago. You might be able to guess why! The last time I went skiing, A was a toddler, B was on the way and S was just the proverbial glint. This is all fine, but when the rest of the boys come back from their annual trip, you could maybe forgive me a slight pang of jealousy. (Well, okay, a period of deep green, unbridled envy). Not so this year – we’ve been skiing! 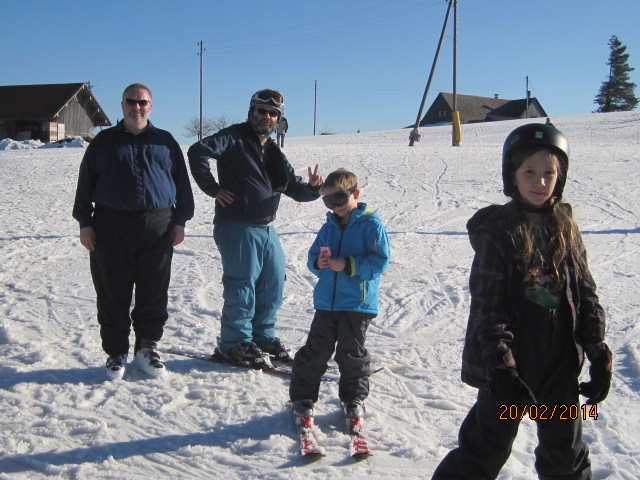 But, as it transpired, this was the perfect place for the kids to learn. The people operating the lift couldn’t have been more friendly and accommodating, although they were a bit non-plussed to have tourists visiting. (“So, why did you come here?”). The sun frequently shone (and when it didn’t, the local swimming-pools were almost equally entertaining), we enjoyed our piste-side meals (picnics), and we managed to squeeze in a little sledging, snowman building, snow-angel making etc. The slope was gentle and wide, the other skiers more children learning and their parents and the queues for the lift were always short. (And if you were little, you were often rewarded with a sweet whilst queuing.)

All this was possible due to the hospitality of my brother and his family, who live in nearby Wetzikon. That’s him doing the ‘I’m a little teapot’ pose in the photo above. As well as putting us up, he was principal chef, and our ski instructor for the week. 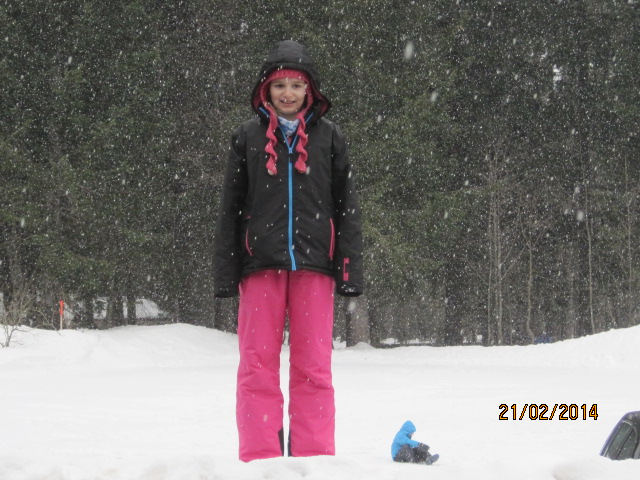 When the kids were all feeling more confident, we did branch out for a day trip to Arvenbüel. The weather wasn’t great, but there was a longer lift (a T bar – which did cause some difficulties) with a run down either side. 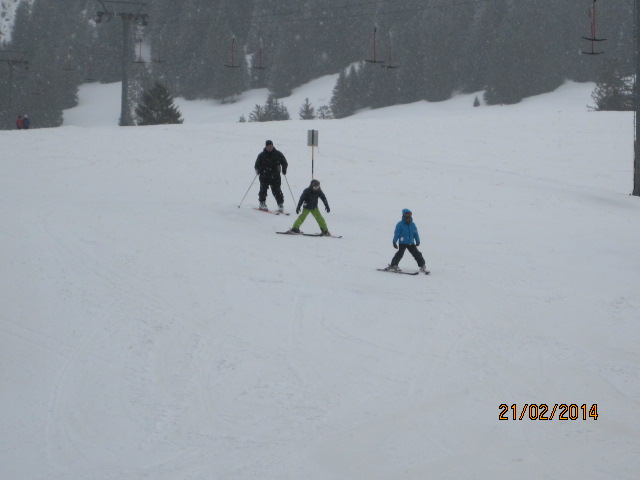 Incidentally, the photos here were all taken by TBH, which is why she doesn’t feature in any of them, except this one…. 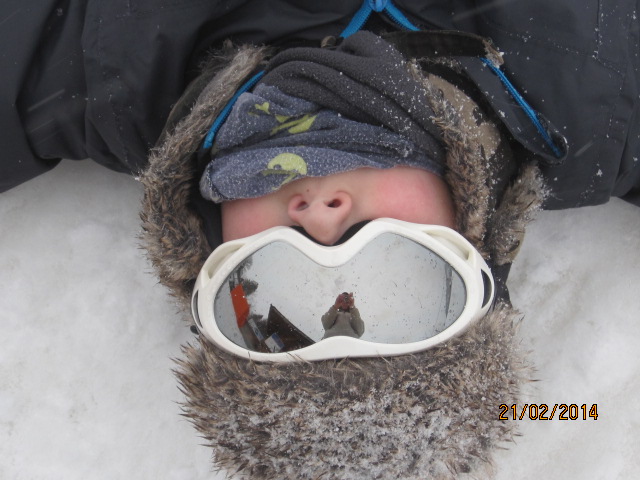 …if you look closely. She won a prize for this one – in the Village Show. Fifty pence I think. She’s probably saving it to put it towards our next ski trip.

With the option of Arvenbüel or Ghöch for our last day, our kids unanimously chose Ghöch. S was put-off by the T-bar at Arvenbüel (it was never his fault he fell off it apparently, his companion always pushed him off, whoever that was – I went on it with him, longest 5 minutes of my life, he skied every which way but the way we were going, sometimes two directions at once, one with each ski). A wanted to go back to brave the wee jump which the boys had been enjoying most of the week….

After the vagaries of the T-bar, the boys were affecting a very nonchalant approach to the simple drag at Ghöch. 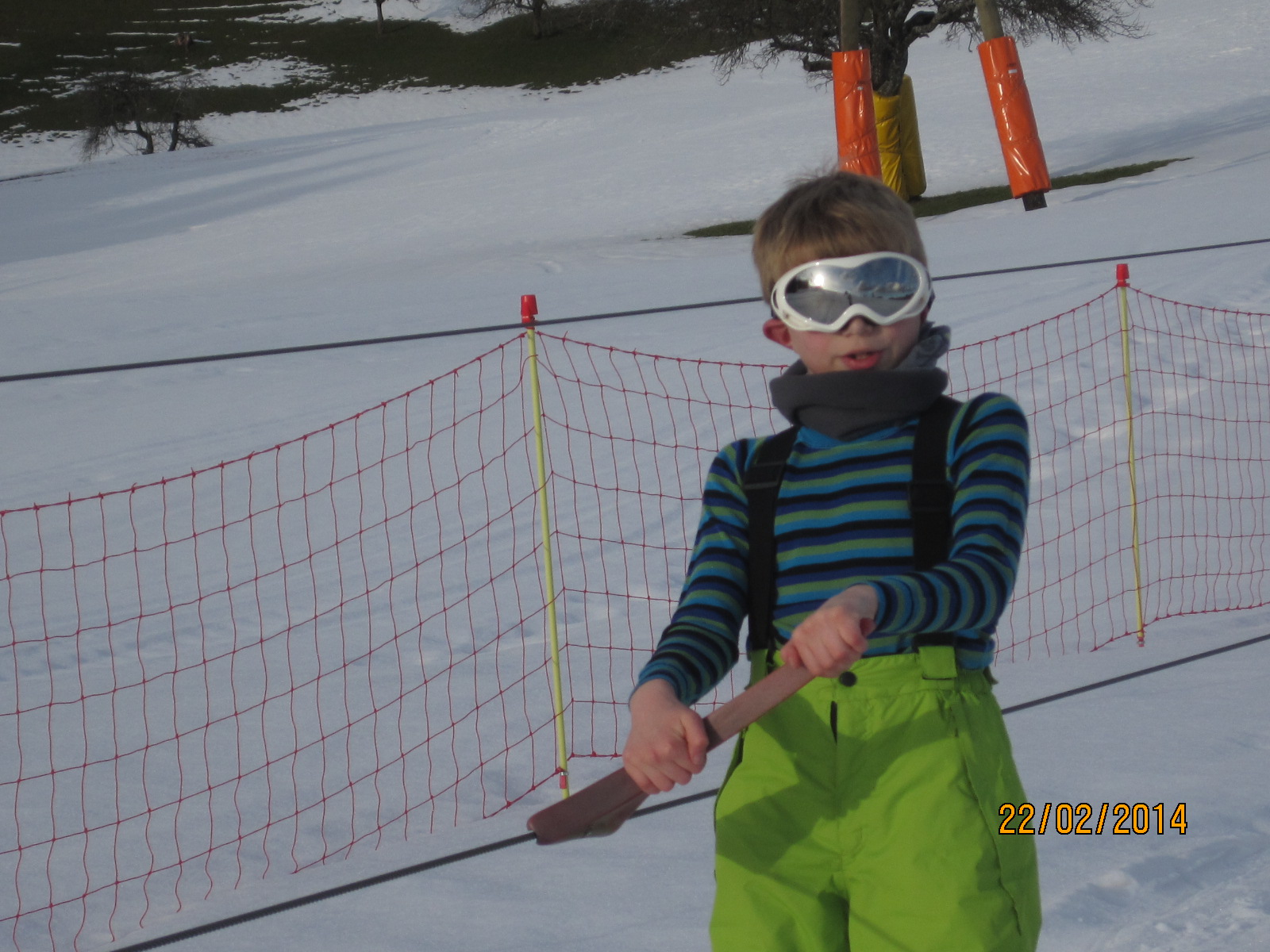 A final view of the mountains….. 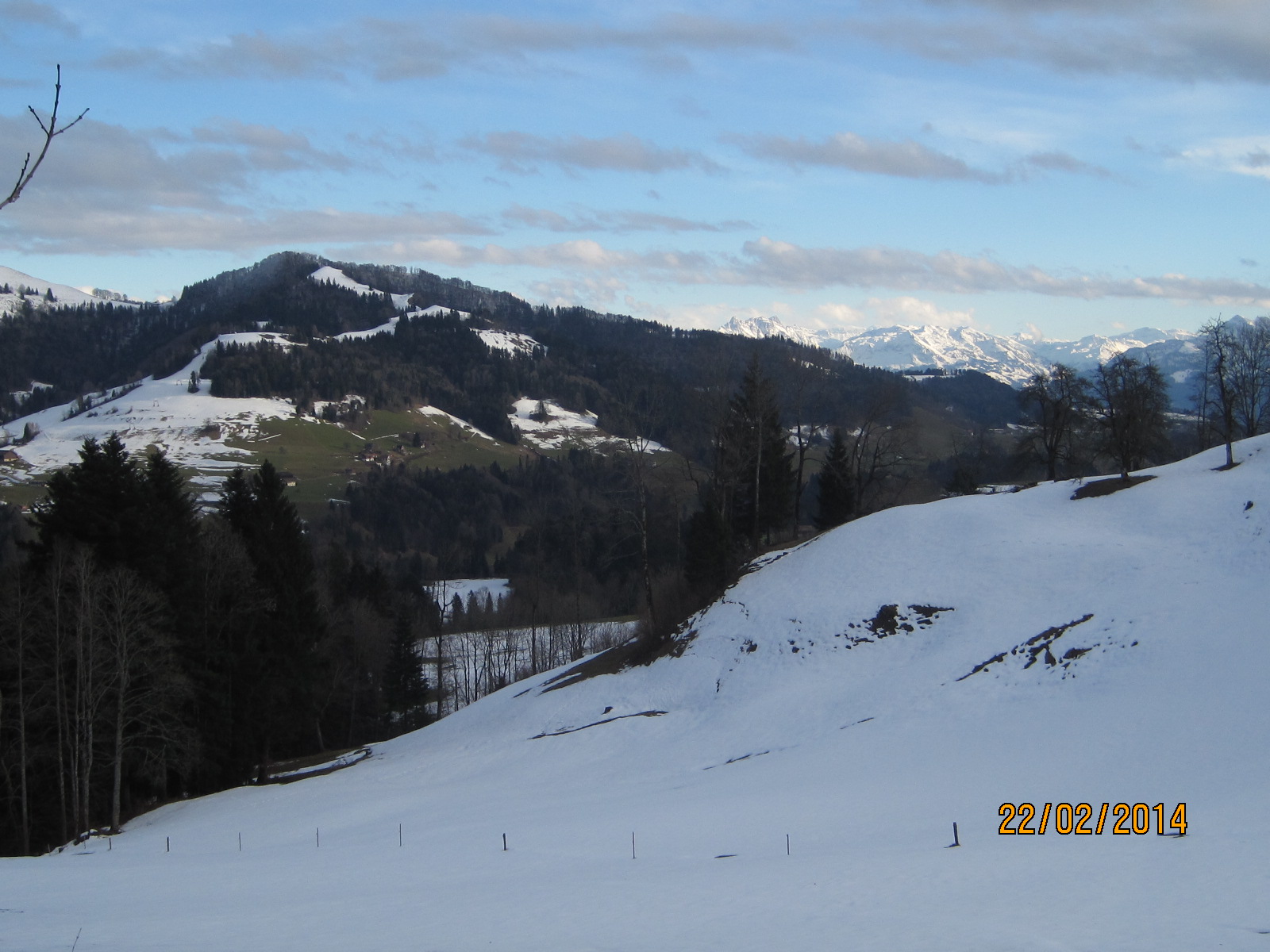 It wasn’t just our kids who learned to ski that week; their aunt, my sister-in-law, having lived in Switzerland for 7 years without being tempted to try downhill skiing, joined us on the nursery slopes, stuck to it with admirable determination , and was skiing confidently by the end of the week.

The kids, needless to say, are hooked. I just need to get them to work on their mum when we plan next years’ holidays. Hmmmm, how many organs will I need to sell to finance a week in Mottaret? 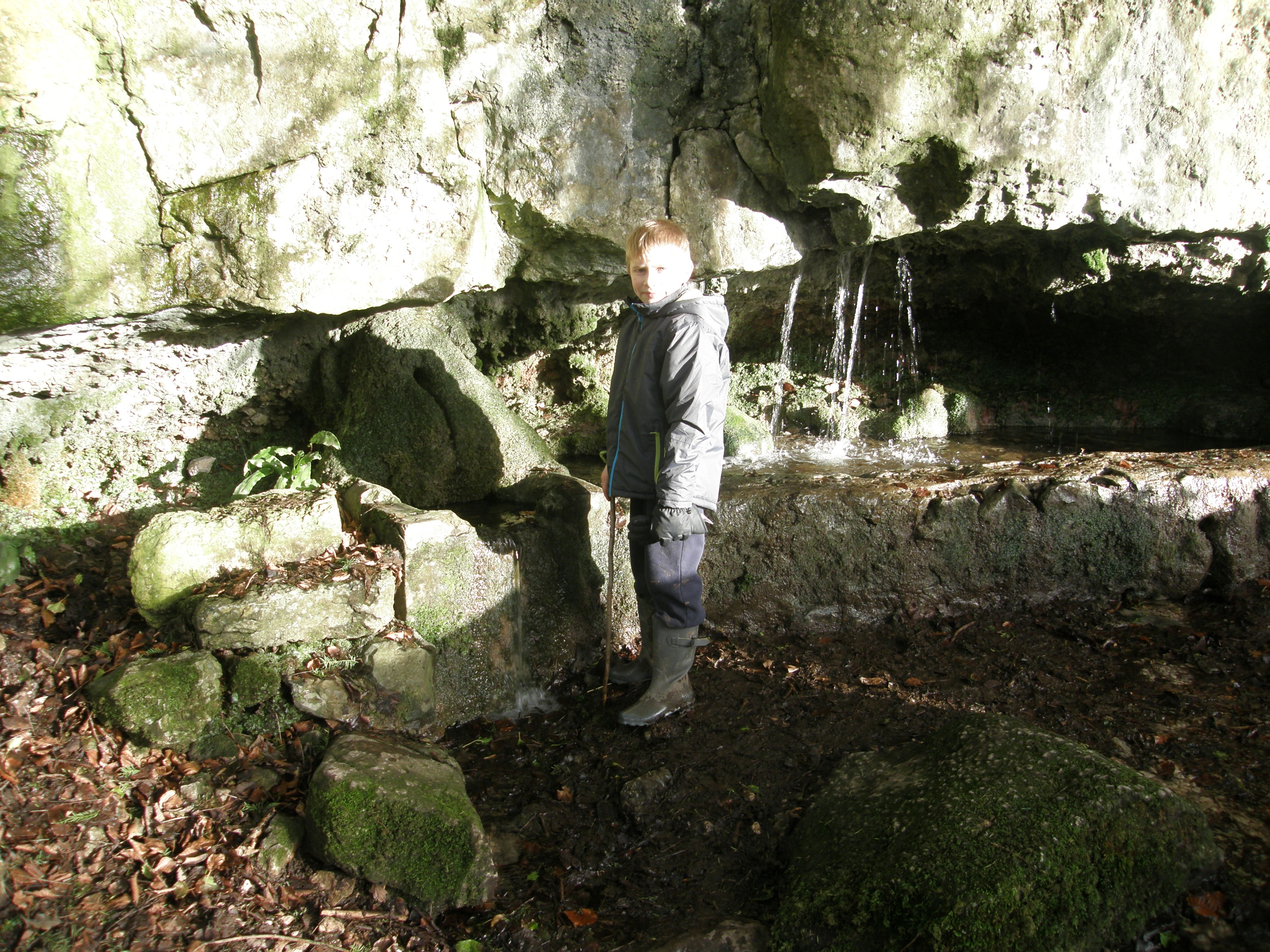 Proof, if it were needed, that I’m still walking and gawking around home from time to time. Photos culled from several walks, over several months. Starting with B in a warm winter coat at Woodwell. 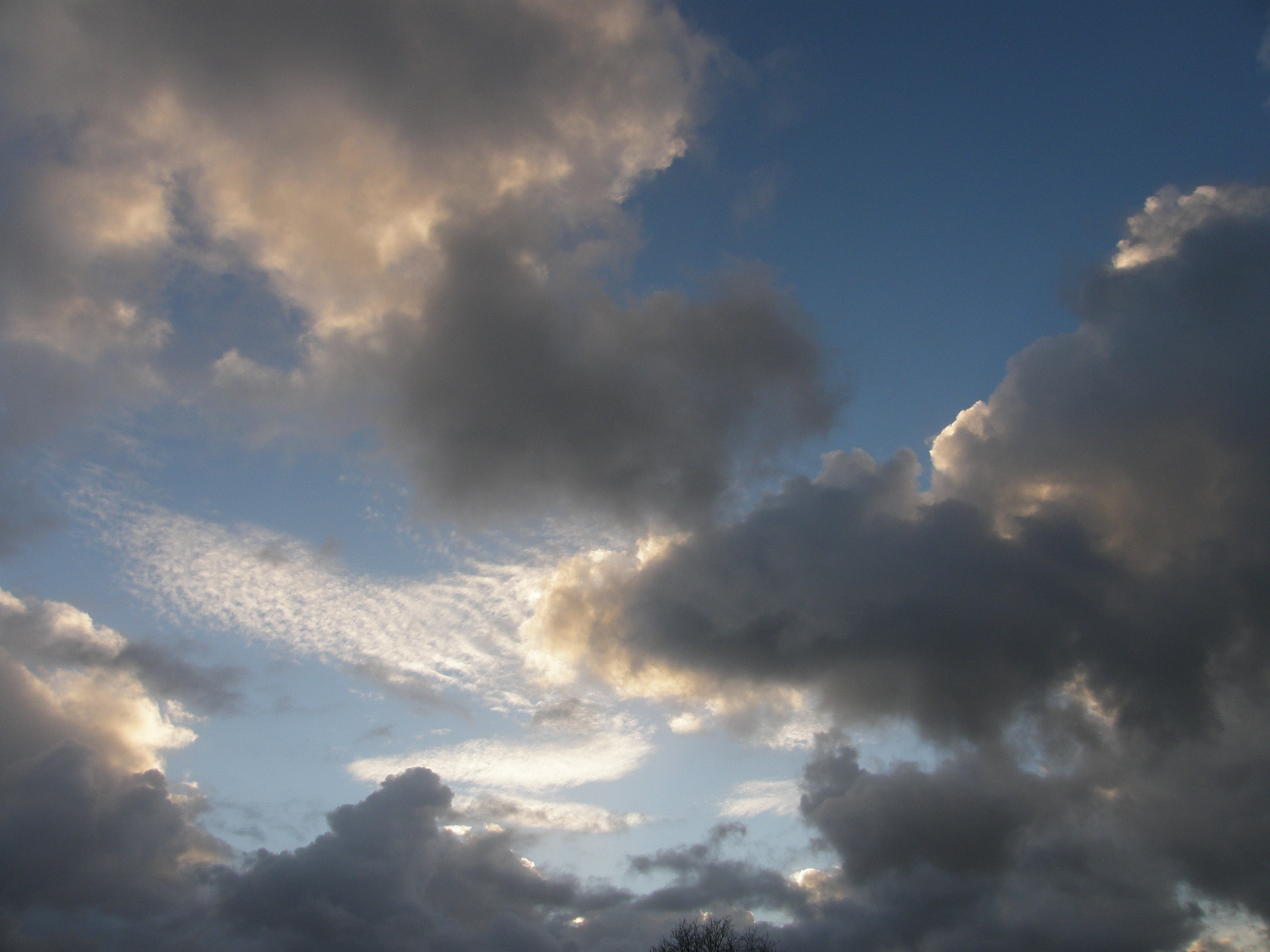 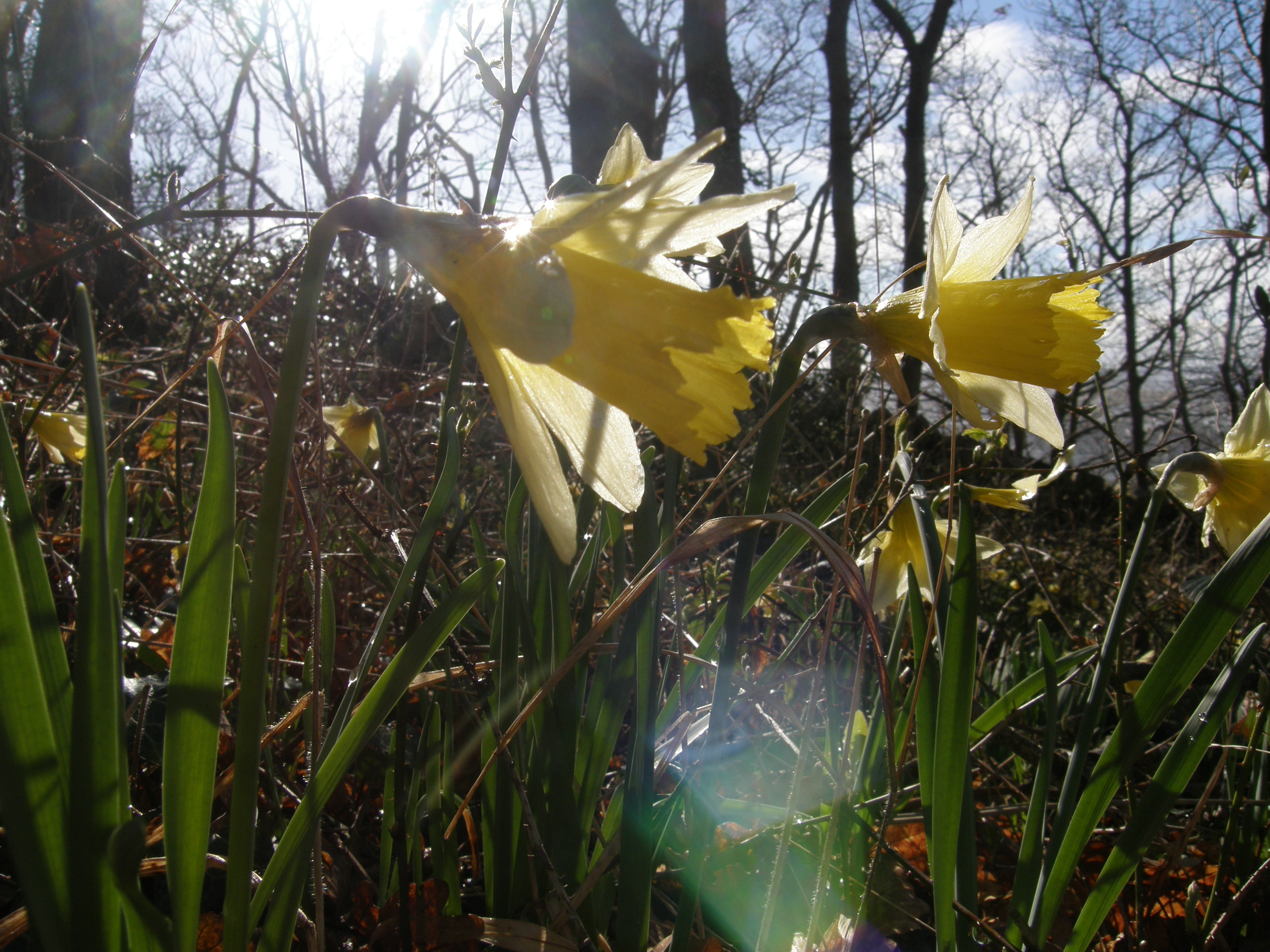 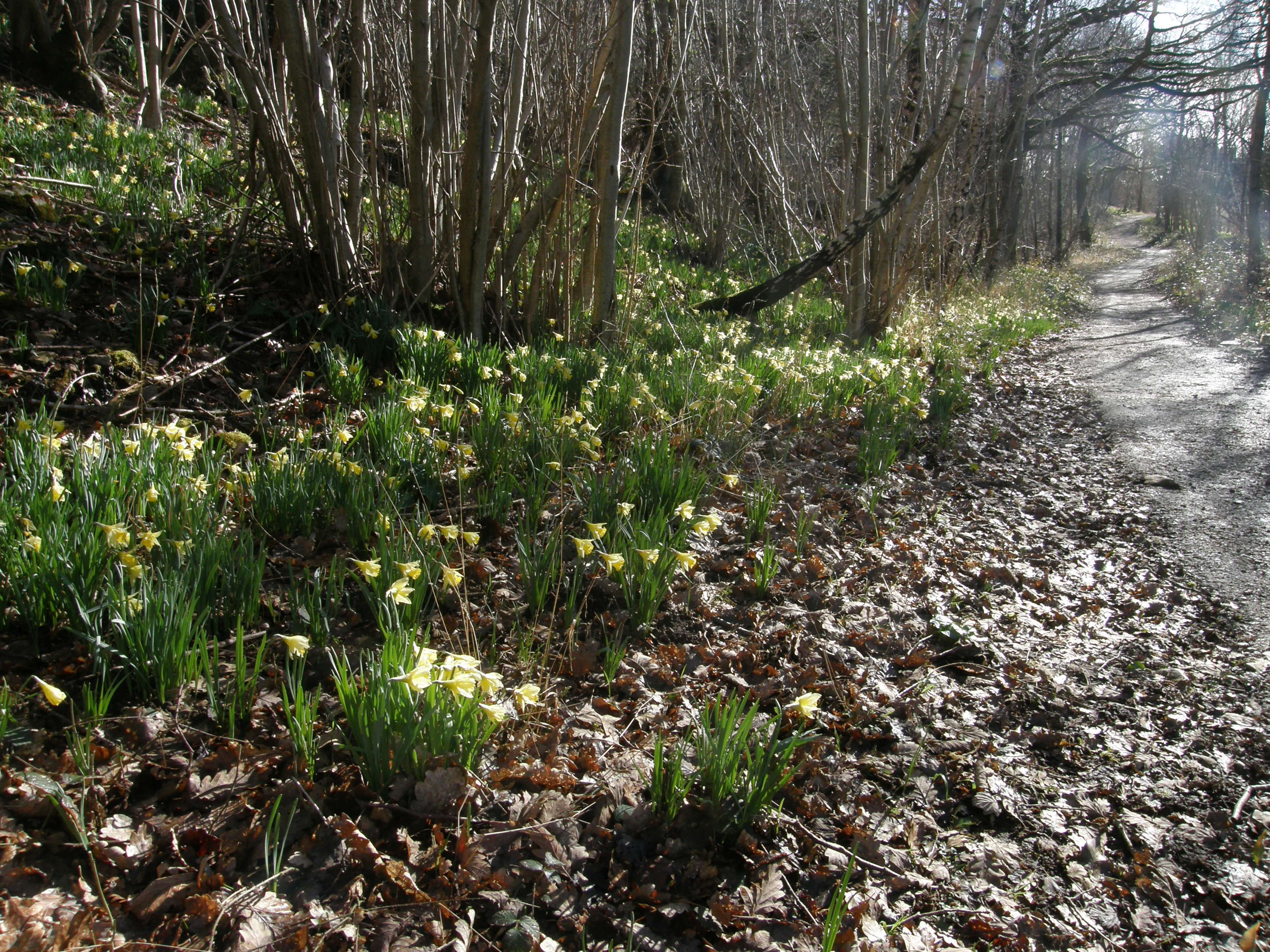 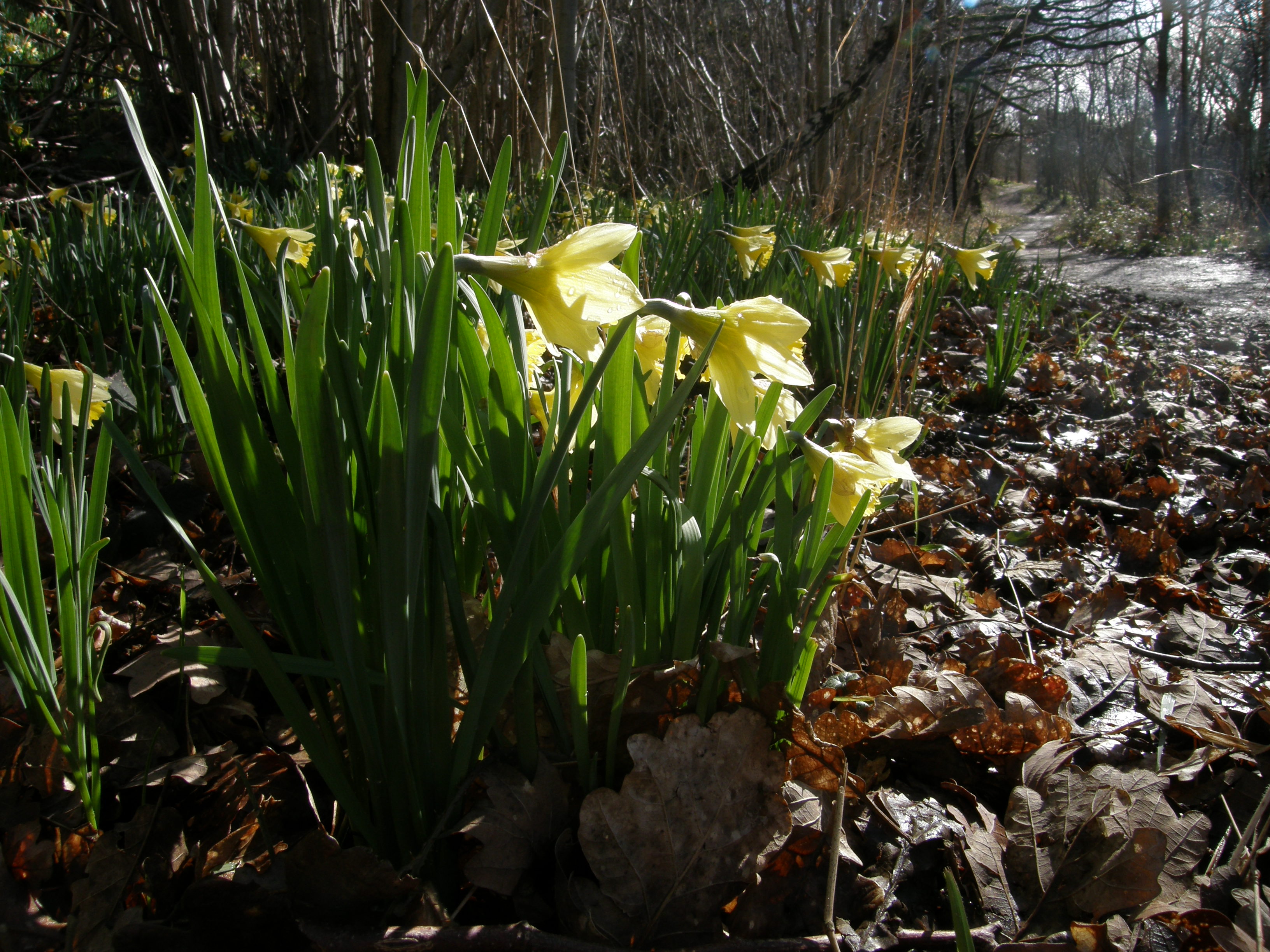 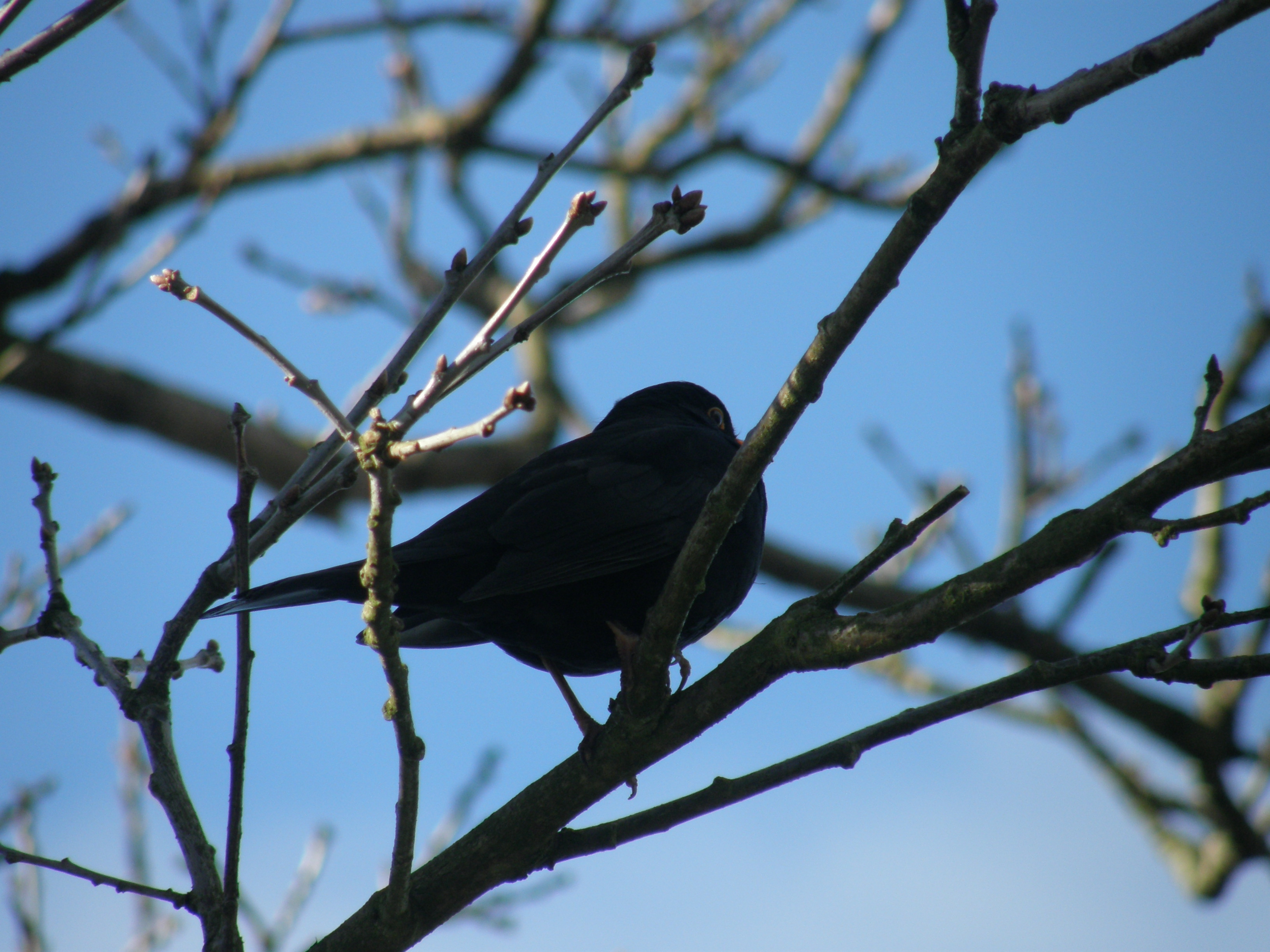 A beautiful evening walk up the Knott with S and his Beaver Scout …(ahem – what is the collection noun for Beaver Scouts? Cacophony, probably) 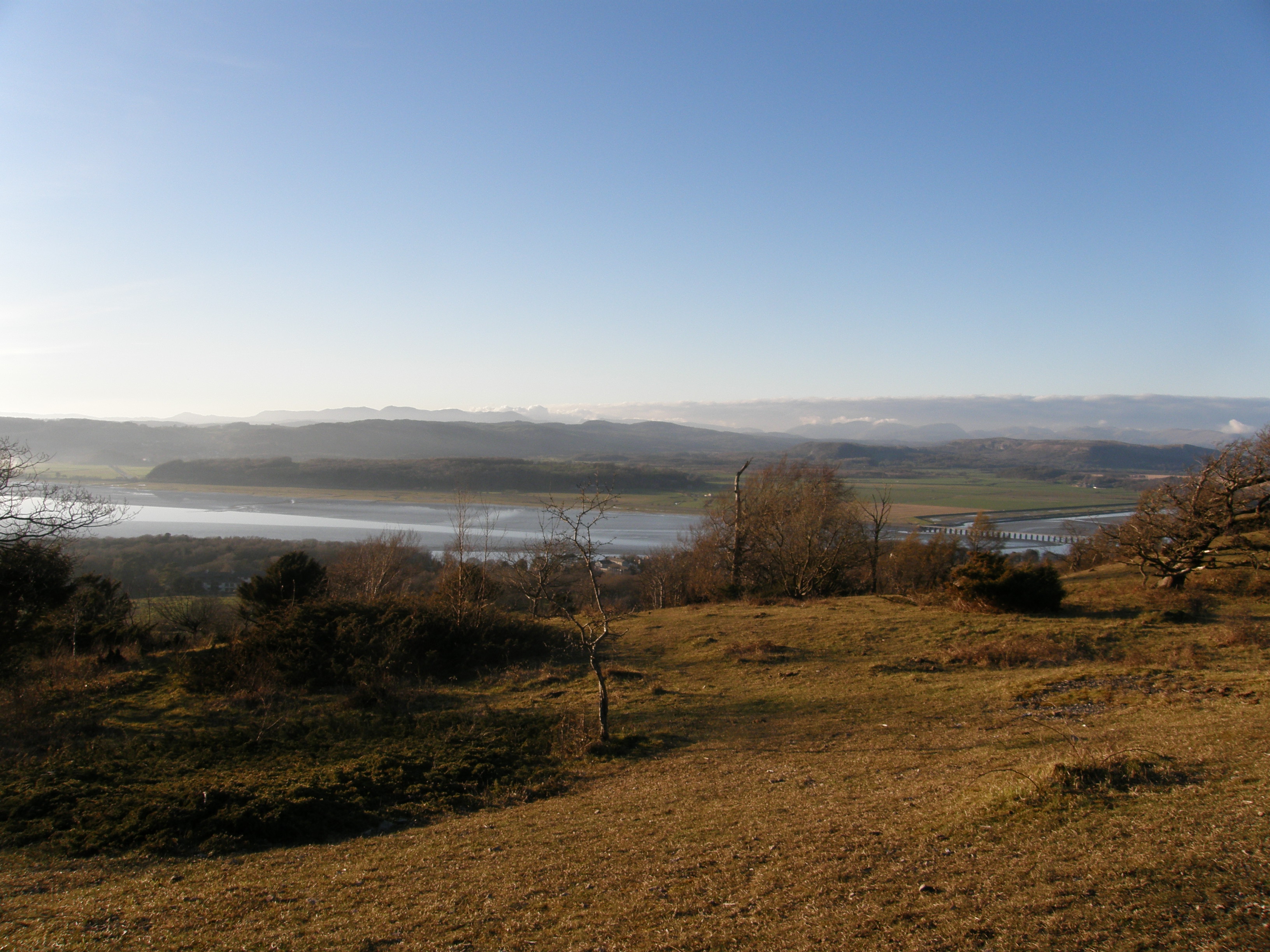 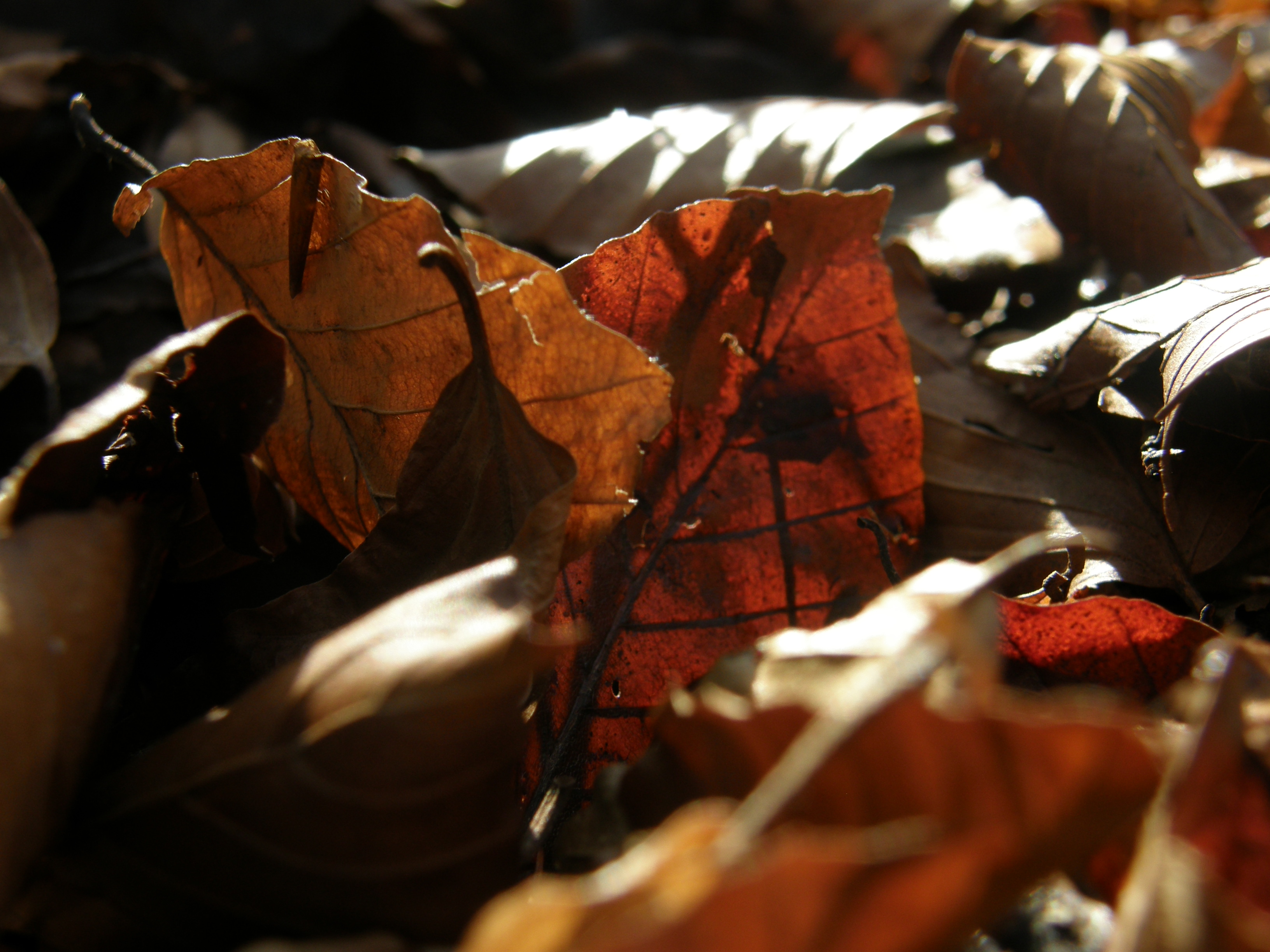 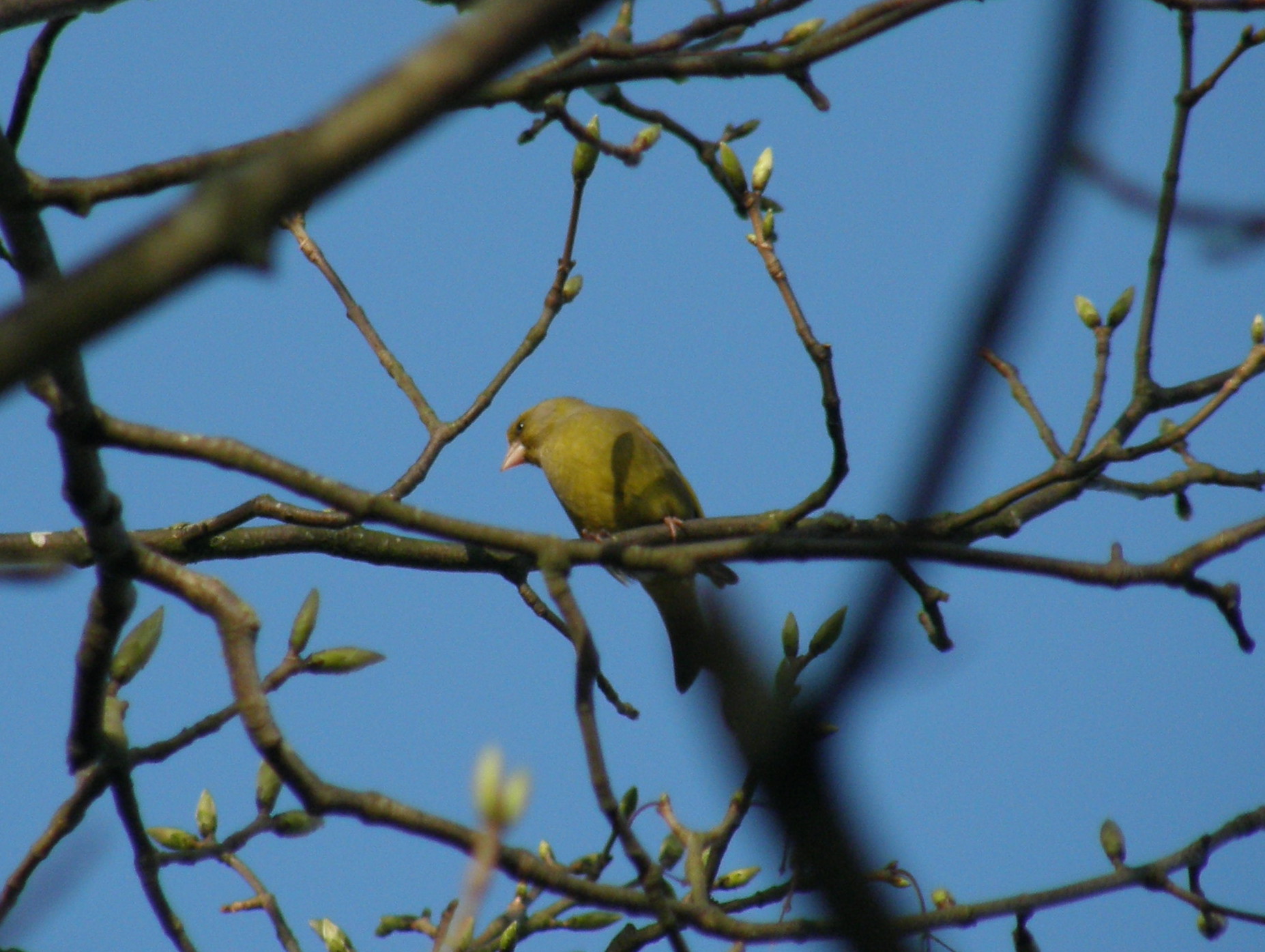 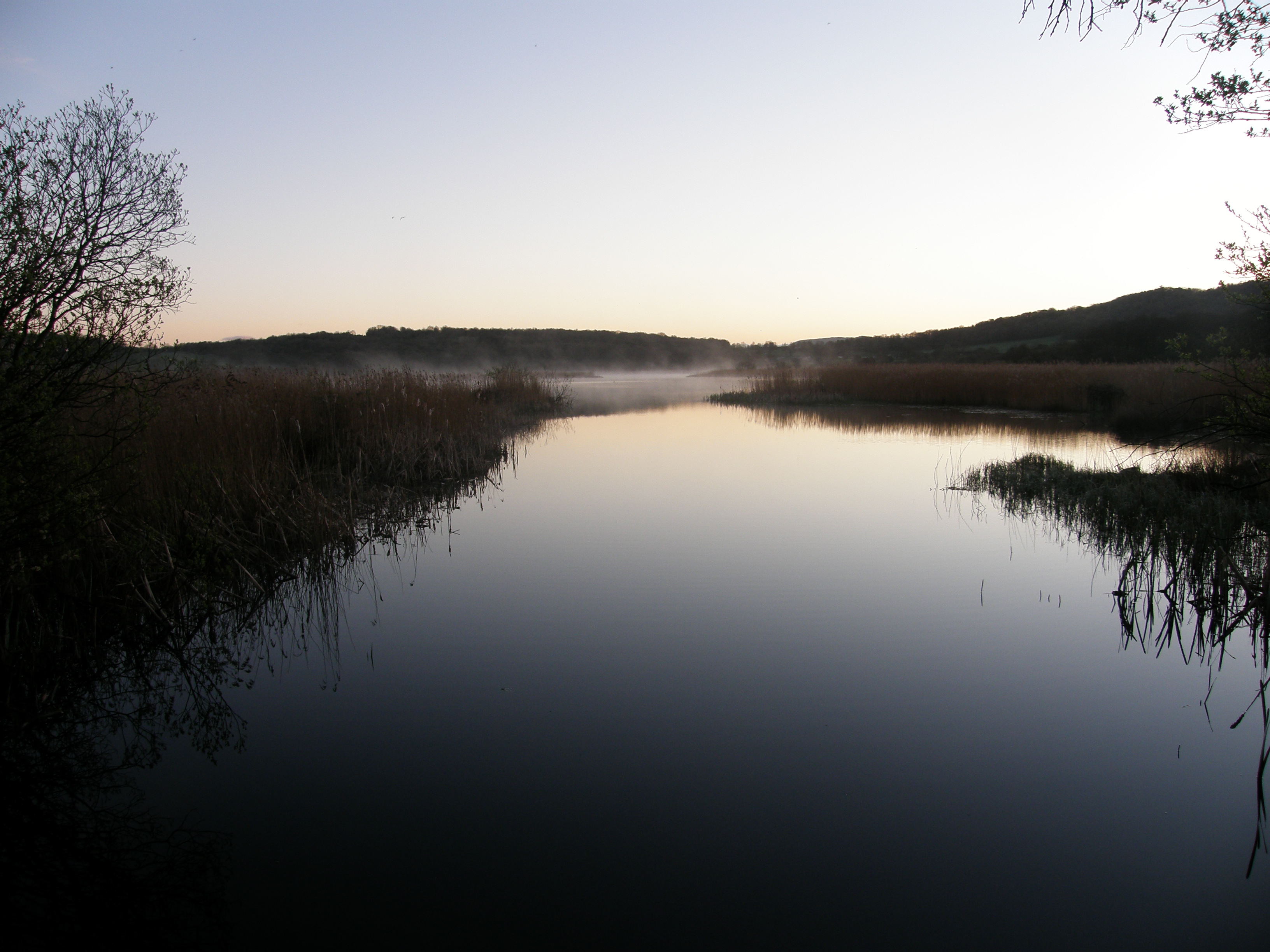 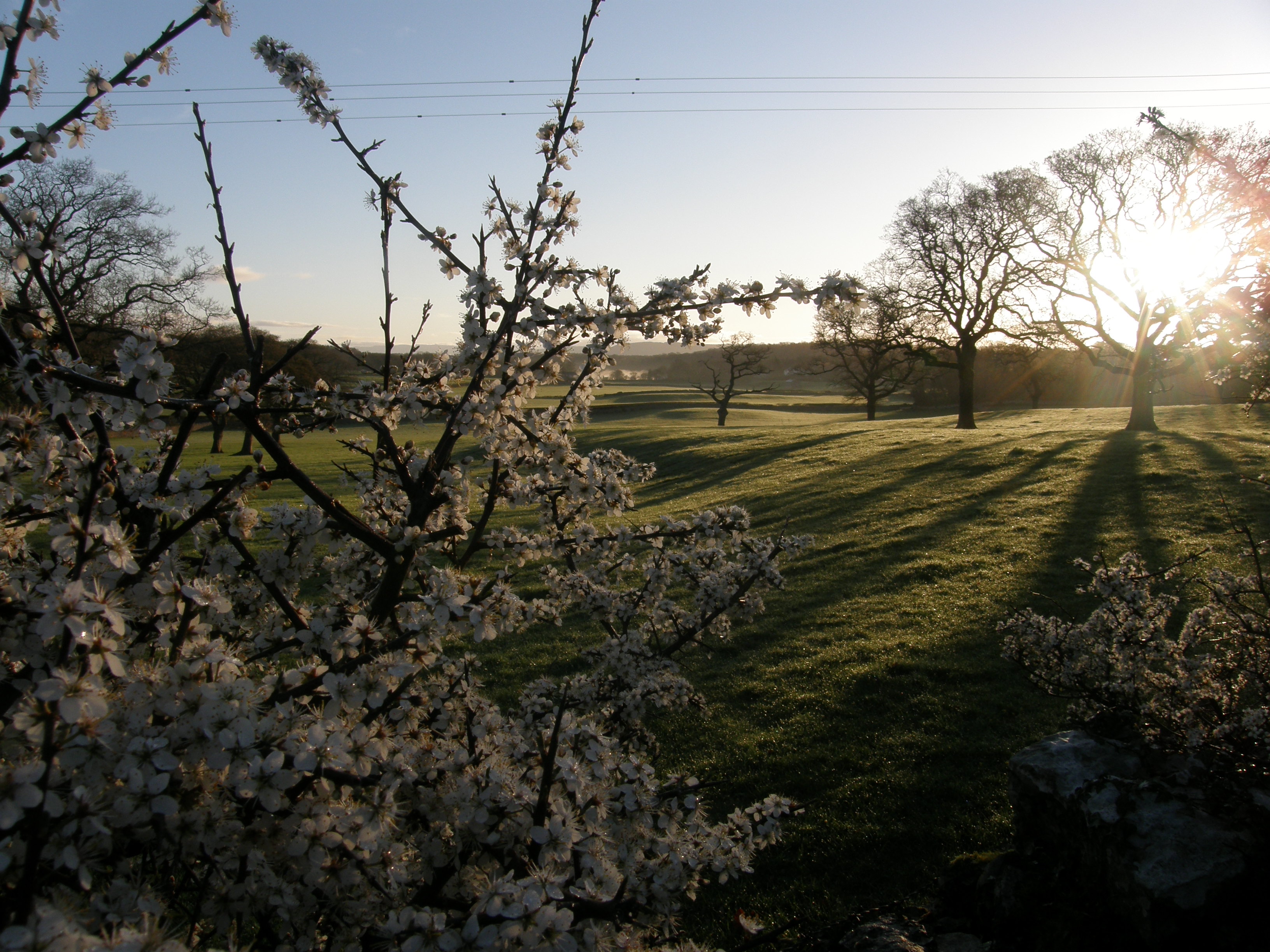 Oh, didn’t have to go anywhere for this one…. 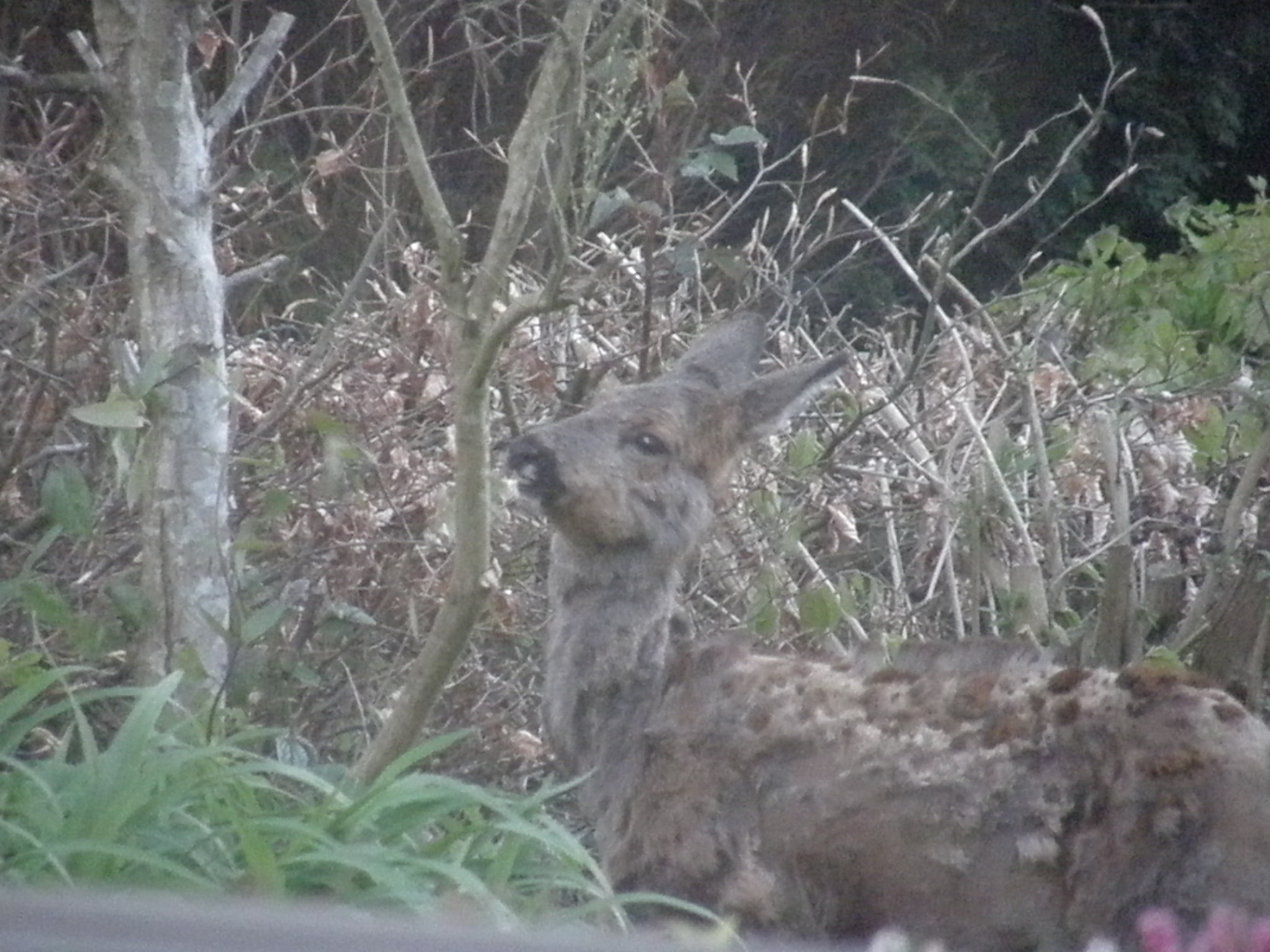 ….we still occasionally see a Roe Deer in our garden. Appropriately, this one is shedding it’s long winter coat, which is why it looks a little scruffy.