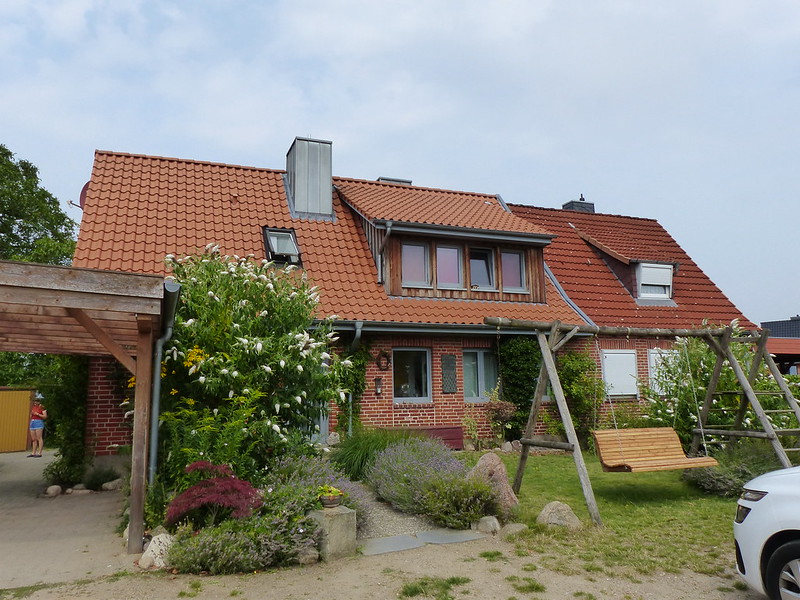 After the party, we were able to spend a week in Ratzeburg thanks to the generosity of my cousin K and her family, who lent us their house for the week whilst they were away in their campervan. This is a different cousin K than the one mentioned a couple of posts ago – they are sisters, the oldest and youngest of four. 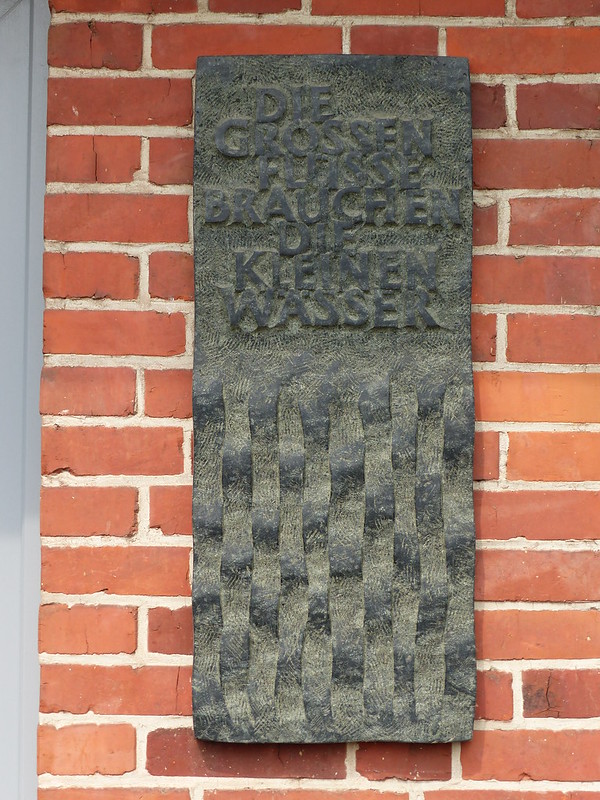 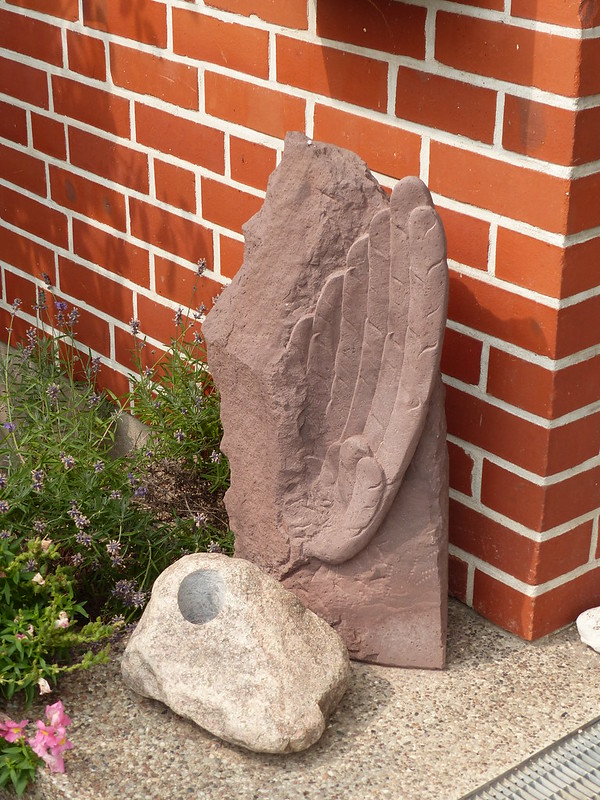 The buddleia at the front of the house was also prolifically decorated with butterflies. Mostly, but not exclusively Painted Ladies… 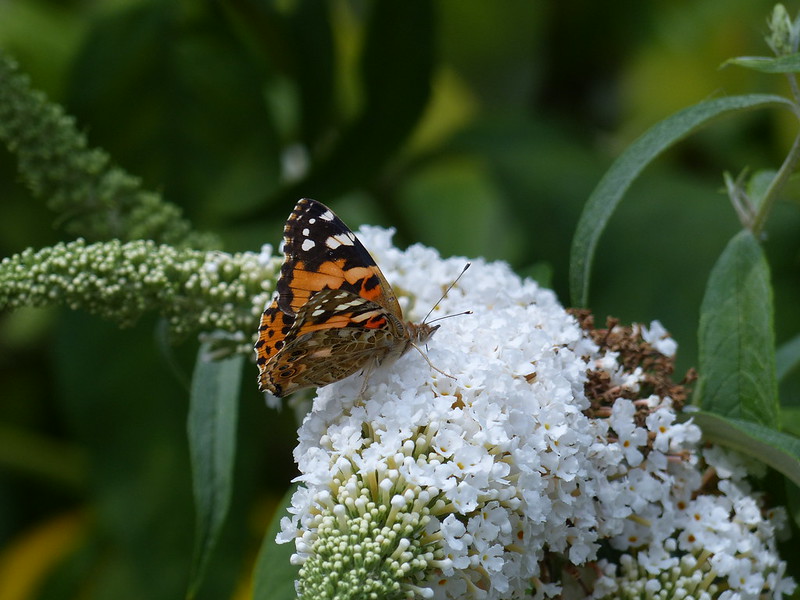 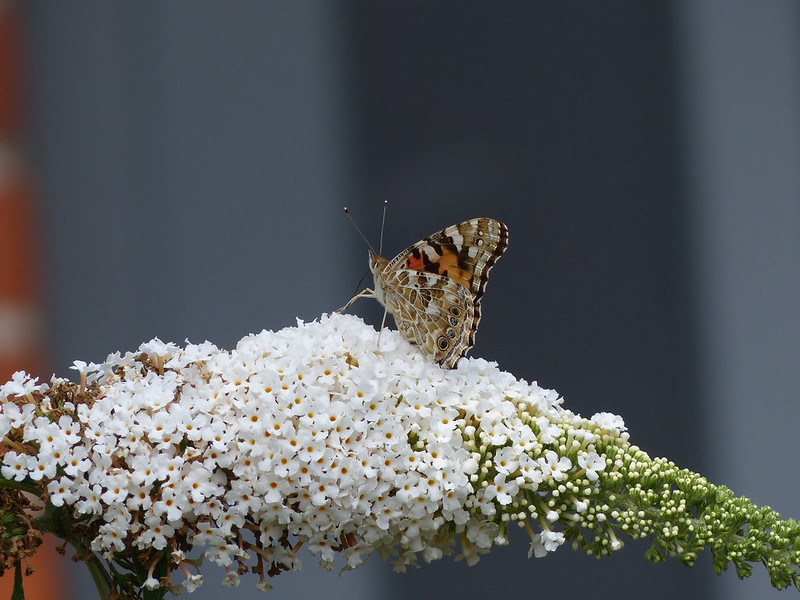 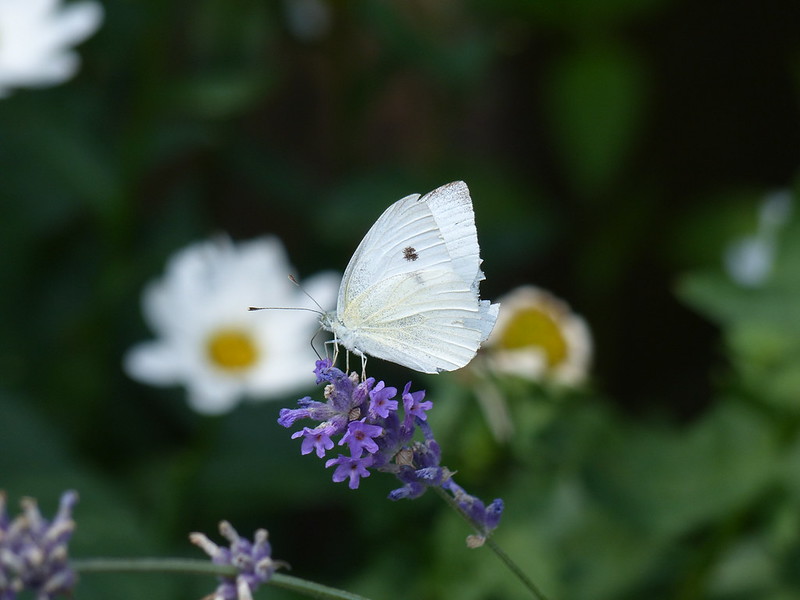 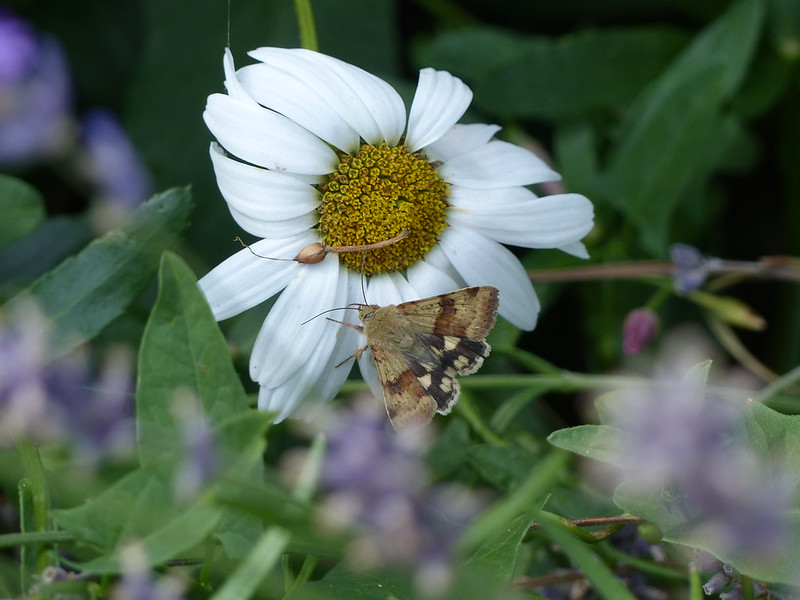 I haven’t been able to identify this day flying moth. It’s quite striking though, even without a name. 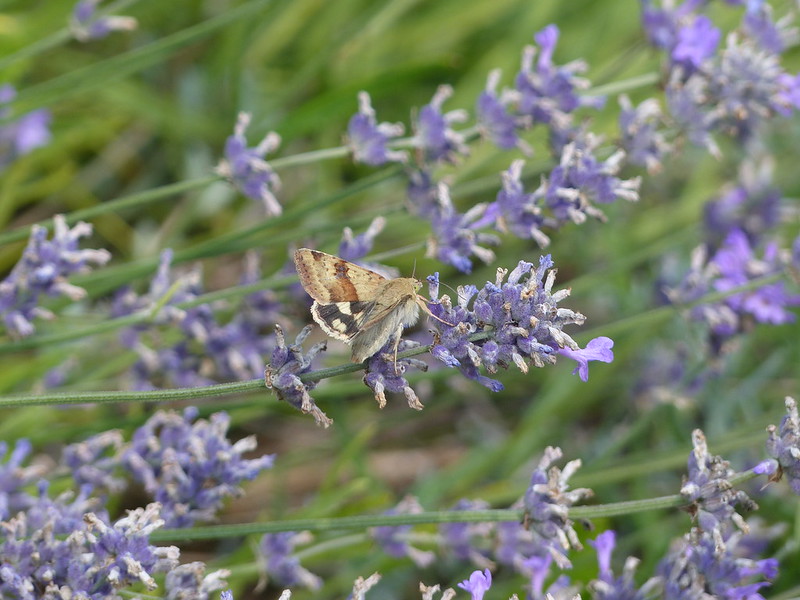 We were extremely comfortable in our home from home and very grateful to our hosts. We had a couple of very wet days and it was great to discover that they love board games possibly even more than we do. Here are A and B taking defeat graciously after a game of Settlers of Catan… 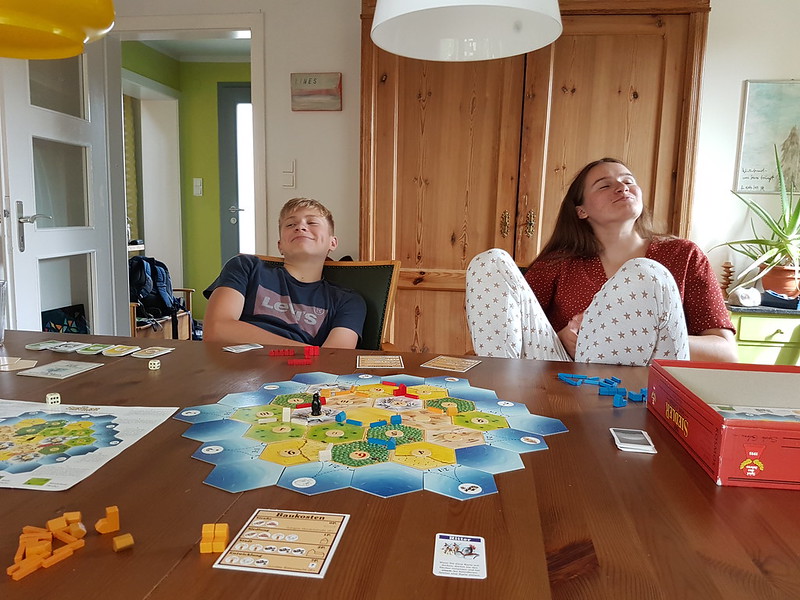 A Week in Ratzeburg 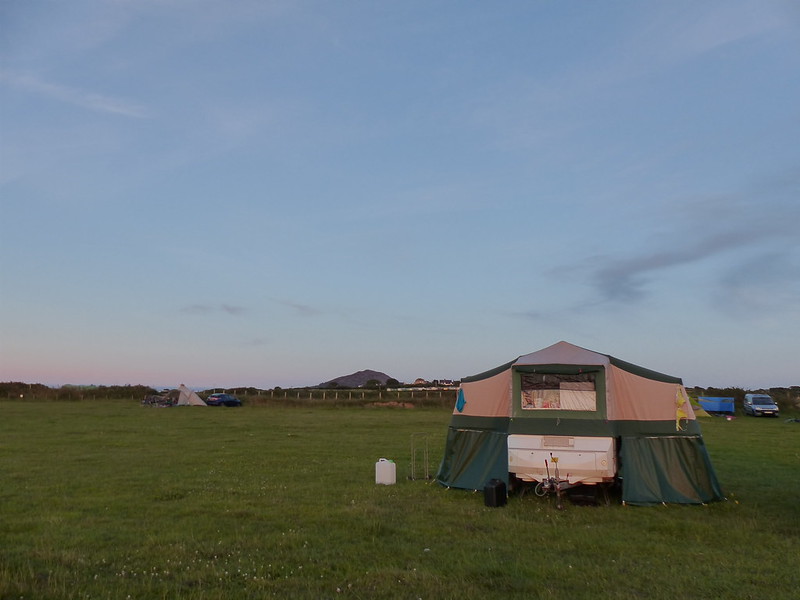 So, as the title implies, we’re recently back from three weeks of camping. The late-evening photo above shows our trusty Conway Countryman trailer tent, with Carn Fadryn in the background. Long-suffering readers will know that this was the thirteen annual get together at Towyn Farm near the village of Tudweiliog on the north coast of the Llyn Peninsula (although, only our twelfth, because we skipped 2009 to go to Germany for my aunt’s birthday instead.)

This year we were a party of 17, at least when everybody was there. Different members of the group arrived and left at various times, some only there for the weekend, others staying for longer. We were late, the boys and I arriving early on the Sunday after an early-hours start. We should have been there on the Saturday, but muppetry on my part, including not being able to locate the pump for the tap (it was in the sink) and not remembering, until B reminded me as we were about set-off, that the number plate on the trailer needed to match the ones on our new (to us) car. TBH and A arrived later still, on the train, having stayed behind because A had her DofE Bronze expedition that weekend.

Anyway, once we were safely pitched up, we had the usual marvellous time. The mornings were often misty and damp, but the weather always improved by the afternoon and we spent our afternoons on the beach. In fact, we settled into a rhythm of a late and leisurely breakfast, a late lunch and a very late evening meal, usually followed by one final visit to the beach, in the gloaming, and a late retirement to bed. I’m not sure whether the prevailing weather dictated our behaviour or if it just fit in conveniently with our lazy inclinations.

After so many visits, we have a routine for the beach too, alternating swimming with games of tennis, cricket and some frisby throwing. I don’t have any photos, because I don’t like to take my camera to the beach. After all of the fresh water swimming we had been doing, the temperature of the Irish Sea came as something of a shock – it was freezing. But that didn’t prevent some of the kids from spending hours in there.

The game of Kubb has become part of our regular routine too. My brother bought us a set several years ago, and it has to be one of the best presents ever (and he excels at presents). I’ve never seen anyone else playing it and our games always seem to attract attention and questions wherever and whenever we play. (As does Andy’s enormous space-age trailer-tent). 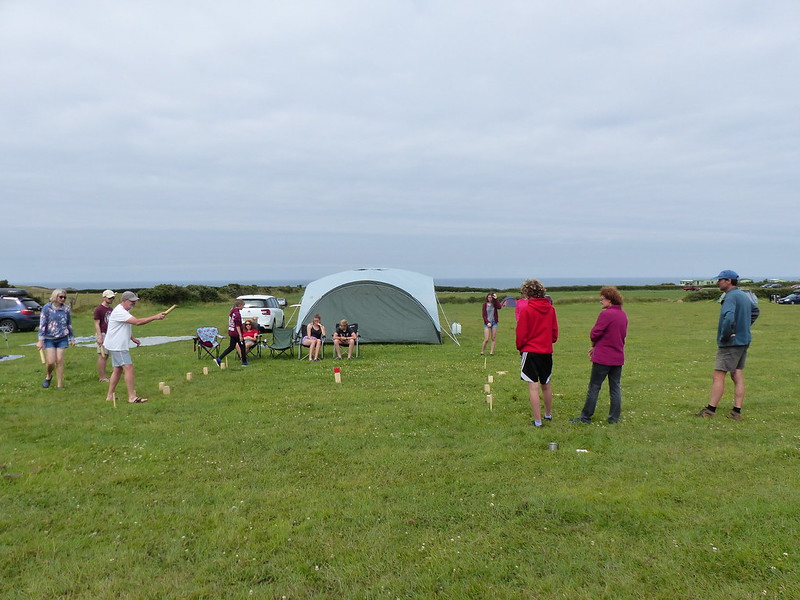 It’s a good game for parties like ours, since up to twelve can play, in two teams. Essentially it involves knocking down wooden blocks by throwing wooden batons at them, which makes it sound rather dull, but it isn’t at all. When we play, it also involves a great deal of barracking, banter, gamesmanship and accusations of cheating and, in the case of the game in these photos, a fair deal of hubris too. The team on the right here, who had, in fairness, won once already, had been ahead in this game too, but are now on the point of losing. 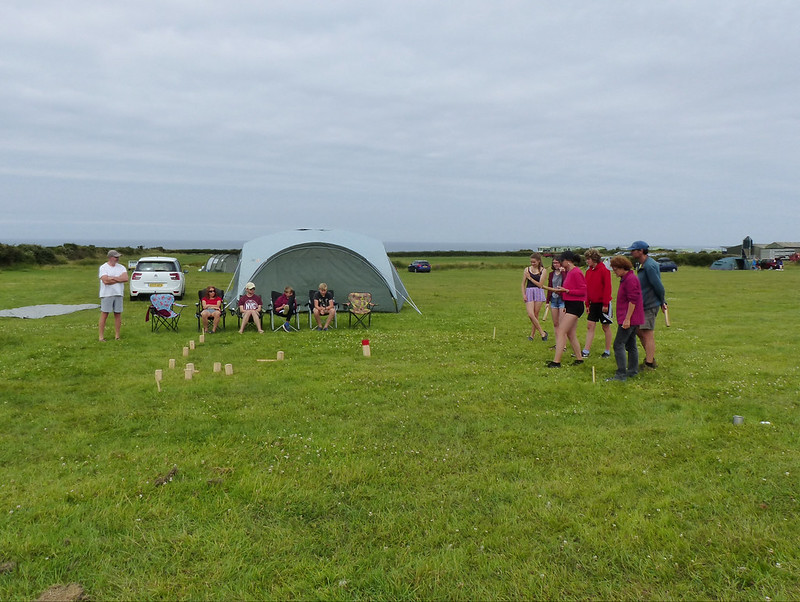 You can find the rules here. Andy will be disappointed to find that ‘kubbs that right themselves due to the momentum of the impact are considered knocked down’ since that happened to him and, despite his quite correct insistence, we overruled him and let the offending kubb stay upright. Disappointed is probably the wrong word. Disgruntled, unsettled, indignant, might all be closer. Indignation is one of his strong suits, though, in truth, his bark is much worse than his bite. Once he knows the truth, we will never hear the end of it, that’s for sure. 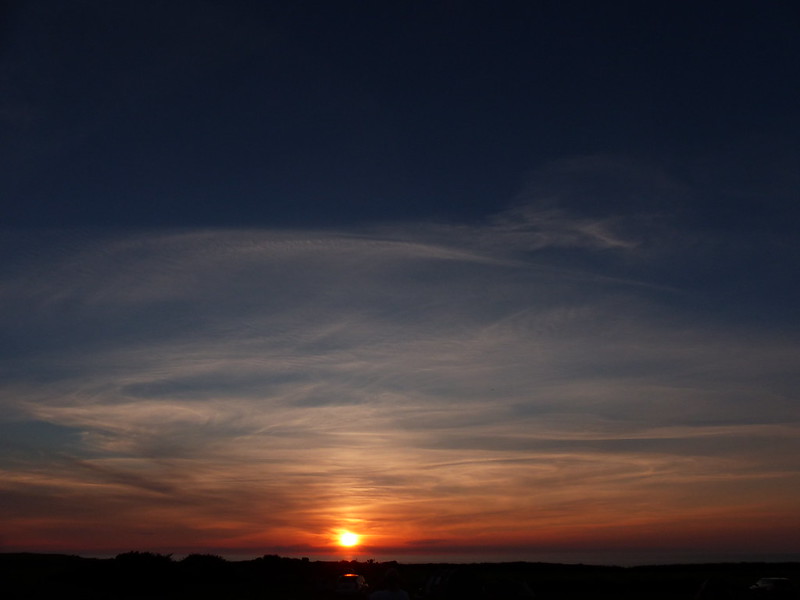 During one of our late trips to the beach, I think on the same evening that I took this photo, we saw several seals popping above the surface briefly to watch us, watching them. I’ve seen seals along this coast before, but usually early in the mornings, and not by this relatively busy stretch of beach. 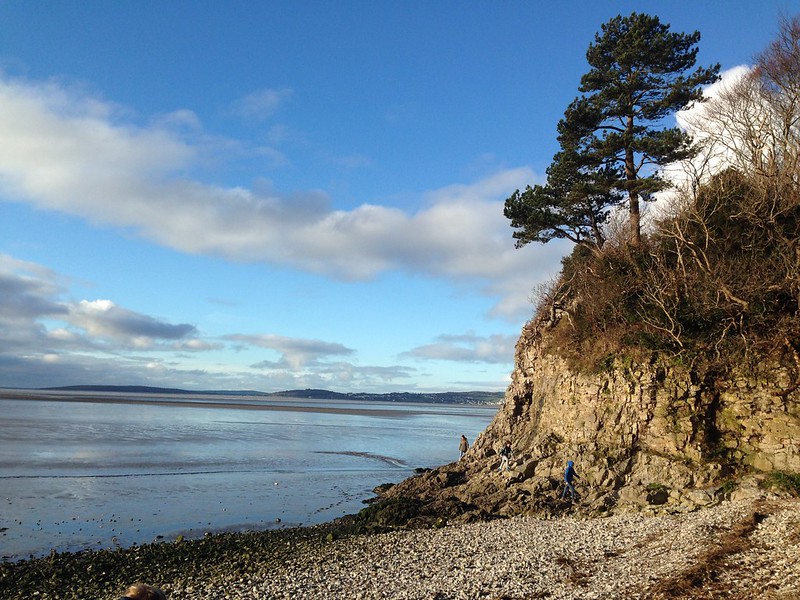 The Cove on Boxing Day.

We spent Christmas at home here in Silverdale. My mum and dad and my brother and his family came to stay for the week. We packed a fair bit in: walks, turkey, stuffing, lots of games, trampolining (well, not all of us), a trip to the flicks, turkey pie, a get together with two of our cousins and their families, a take-away curry (no turkey in sight), more games, more walks, far too much chocolate etc. 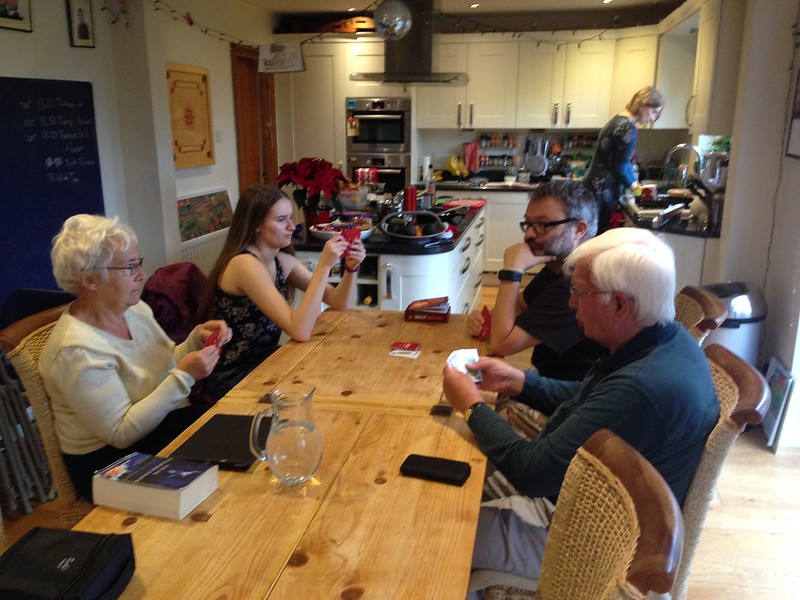 My own current favourite of the new games we bought each other is Kingdomino which we’ve played quite a bit since Christmas and which, especially with just two players, really makes you think, whilst being easy to understand and quick to play. 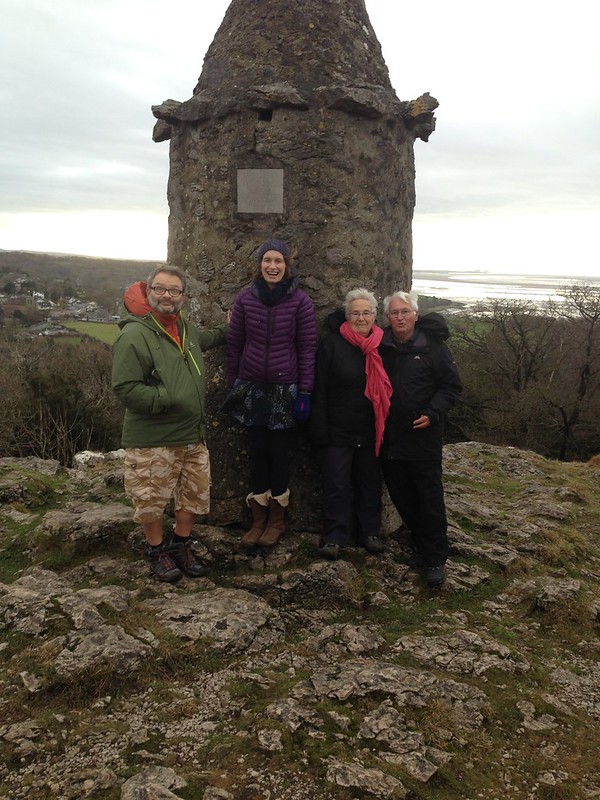 At the Pepper Pot on Christmas Day.

On Boxing Day we had a fairly long walk, about 5 miles, to the cove, across the Lots, through Bottom’s Wood to Woodwell, along the clifftop path to the Green, through Burtonwell Wood to the rift cave, on to The Row and home through Eaves Wood. 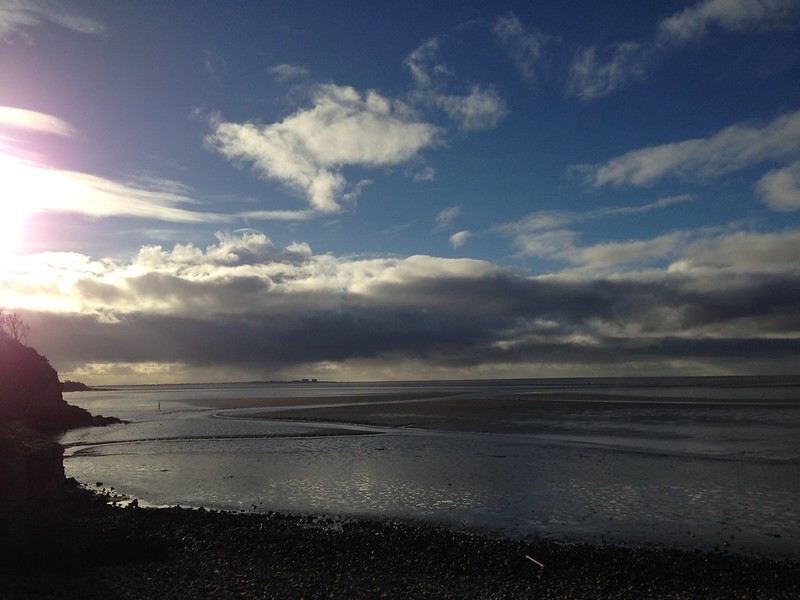 The weather started bright, but rain clouds were building and, whilst we didn’t get wet, it did cloud over. Still, a lovely stroll and there was more to come…