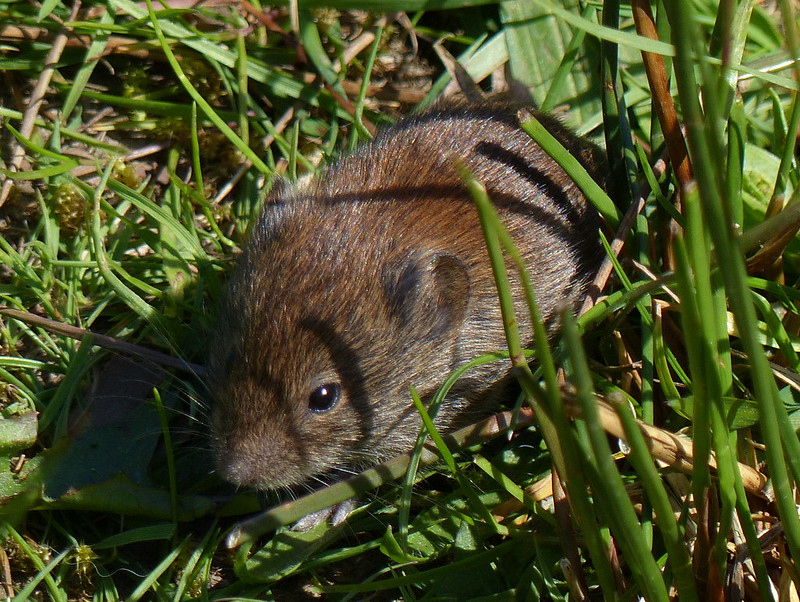 “Toxoplasma gondii, a parasite found in more than one billion people worldwide, has been shown to inspire neurotic, self-destructive behaviour in rats. The protozoa’s reproductive cycle depends on infecting cats, which it does by getting them to eat rats and mice in whose brains the parasite commonly resides. When the parasite infects a rat or mouse, it increases dopamine levels in its host, inspiring it to wander around recklessly in a way more likely to attract the attention of cats; the mice and rats also become attracted to the small of cat urine an odor that, under normal circumstances, causes them to flee or freeze. “Fatal feline attraction” is the name for this phenomenon. In people, the presence of toxoplasma gondii has been linked to schizophrenia, obsessive compulsive disorder, poor attention and reaction times, and greater likelihood of car accidents.”

From ‘Cooked’ by Michael Pollan

All of which might explain the behaviour of this vole, which TBH and I encountered back in June, and which had us puzzled and enchanted in equal measure because of its apparent lack of fear of our presence.

The quote might seem like an odd paragraph to find in a book ostensibly about food, but it’s from a footnote and is backing up the assertion that it’s possible that the microbiota in our bodies might influence our moods and even our mental health. The book is absolutely fascinating and I heartily recommend it anyone with an interest in food (i.e. everyone,surely?) – bit late for your Christmas lists I know. 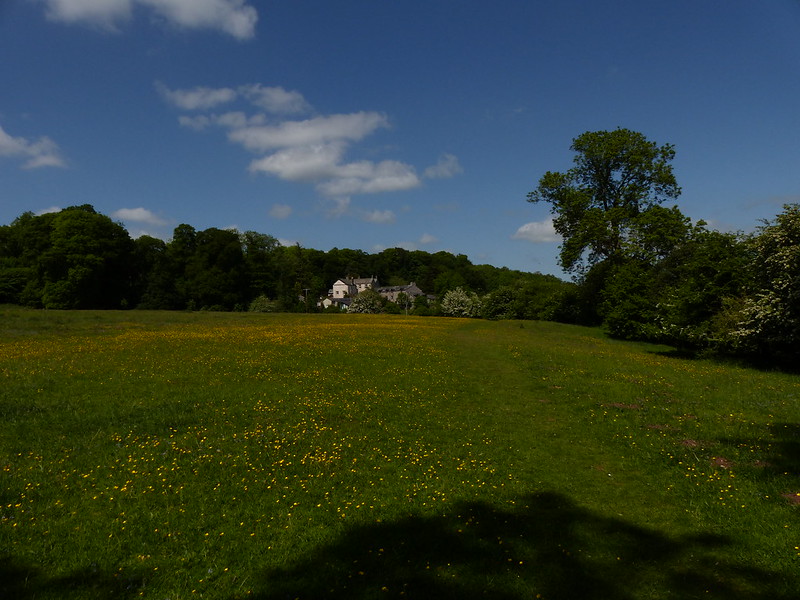 A beautiful sunny afternoon stroll with TBH. The boys were trampolining in Morecambe, thankfully without incident, A was otherwise occupied and so we were free for a quiet roam.

(A bit of a spoiler – Dad: there are photos coming up which you won’t appreciate.) 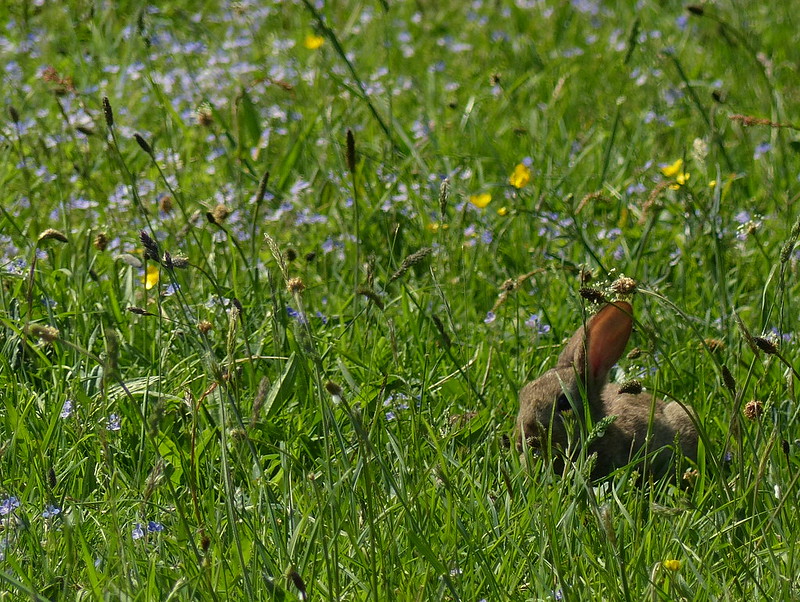 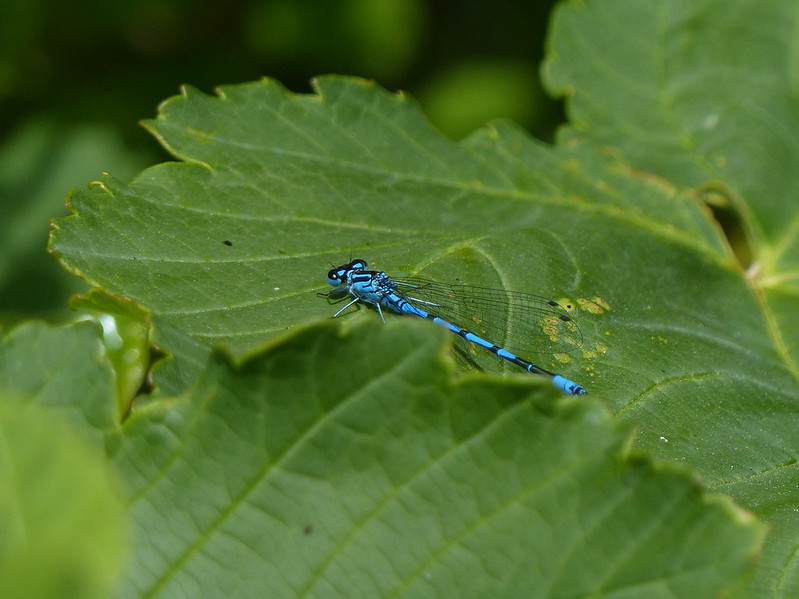 TBH spotted this little vole sitting by a field path. I think that it’s a Bank Vole rather than a Field Vole (but stand ready to be corrected). 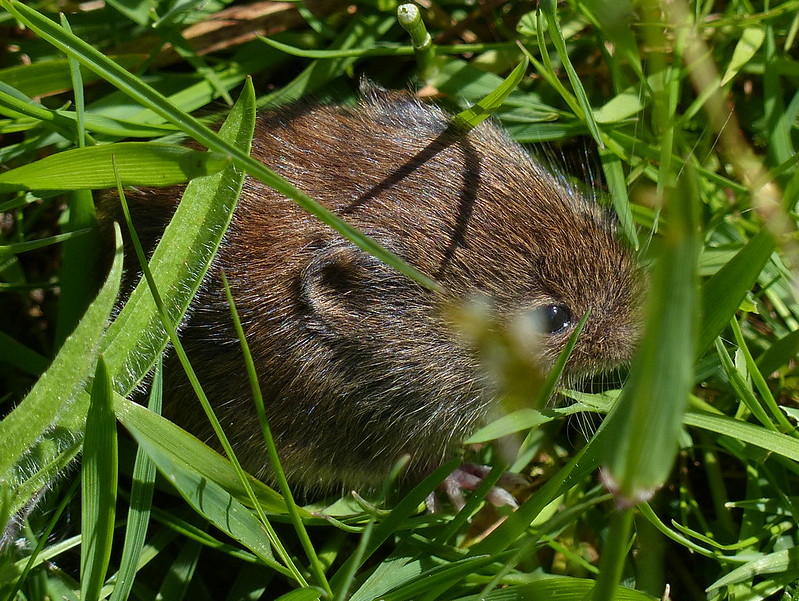 It was even less concerned by our presence than the Blackbird which featured in my last post. In fact, it was so bold that I wonder whether it’s devil-may-care attitude has subsequently got it into hot water. I took endless snaps and TBH eventually decided to see just how tame it was and bent down and stroked it’s back.

That got it moving, but perhaps not with the urgency we had expected and rather than making a beeline for the nearby hedge, it ran towards me, over my shoe, around my ankle and then we lost it in some longer grass. 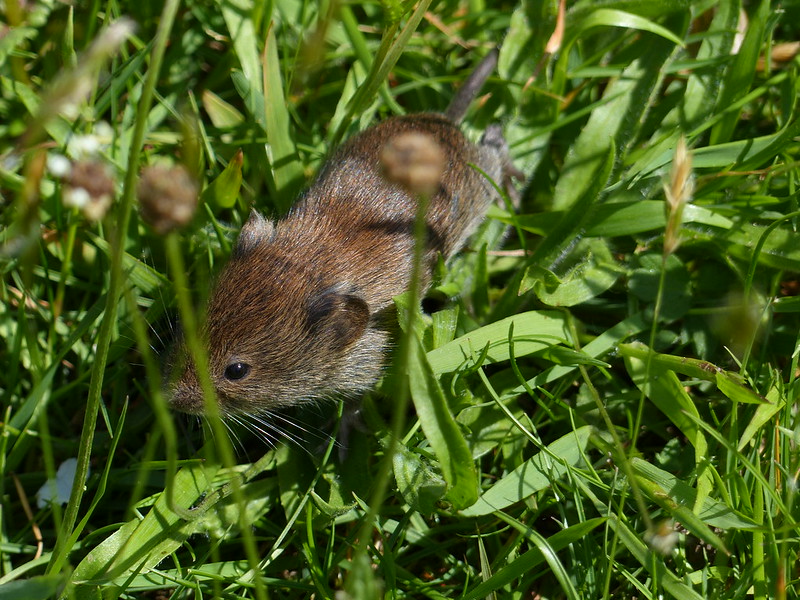 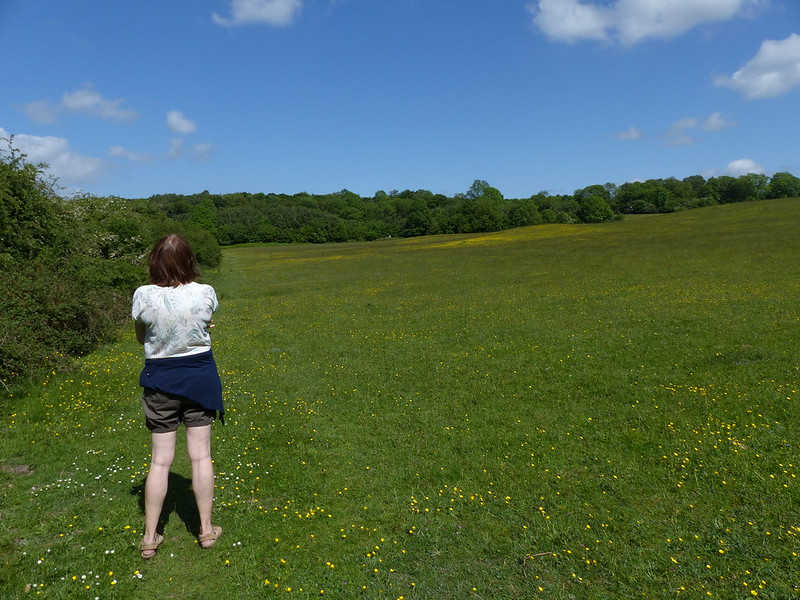 The wildflower meadow (where we saw the Vole). 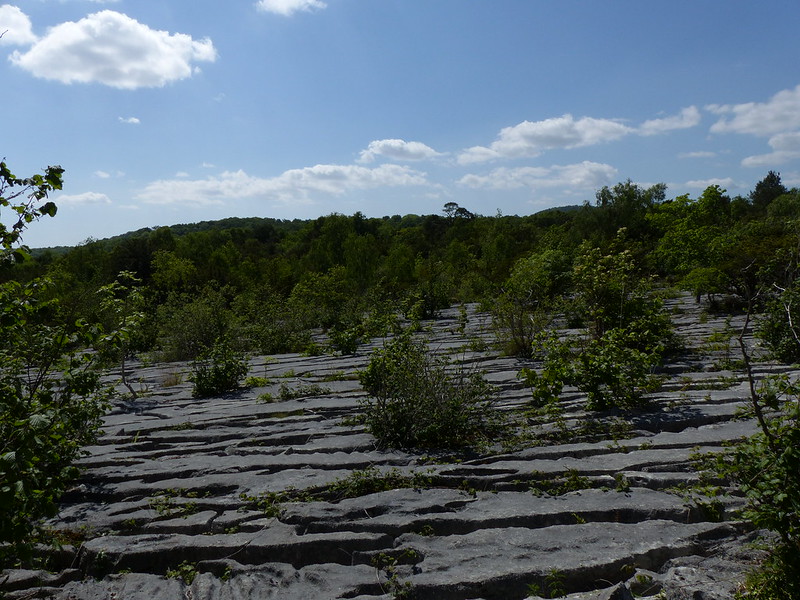 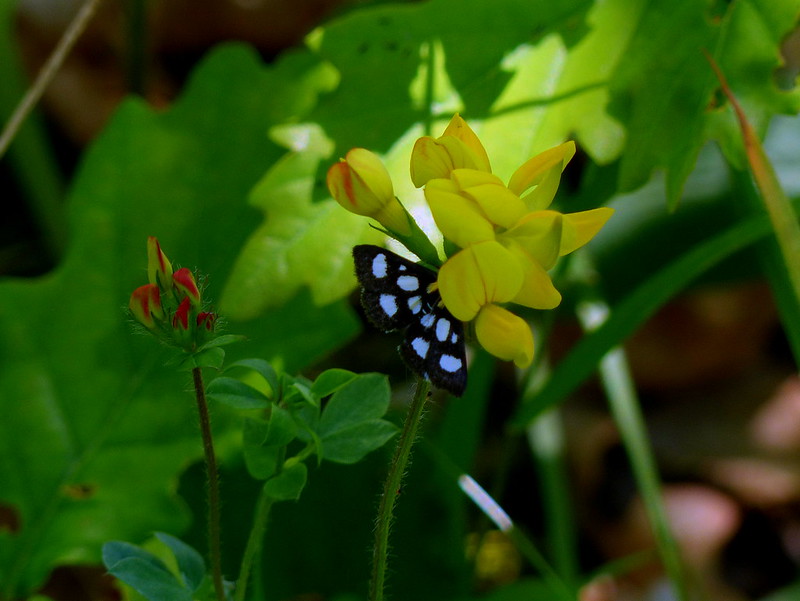 We spotted a couple of these nationally scarce day-flying moths, a first for me. 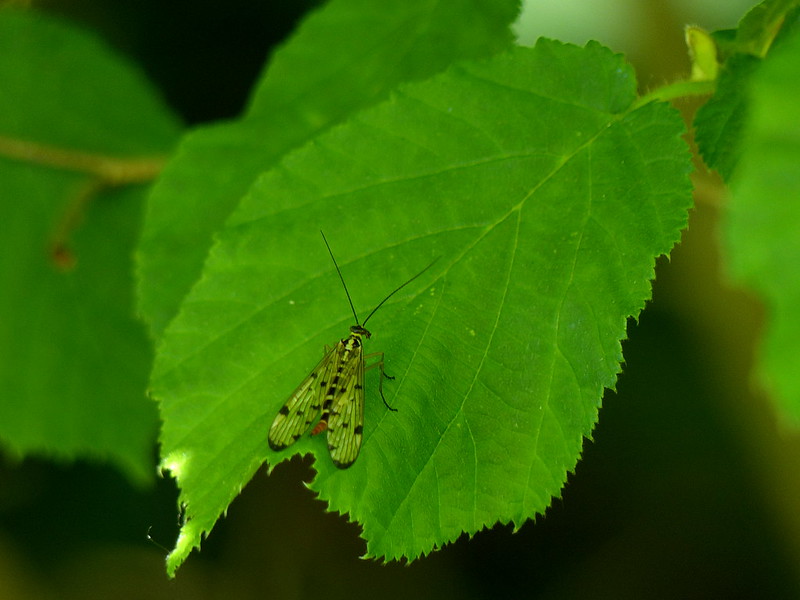 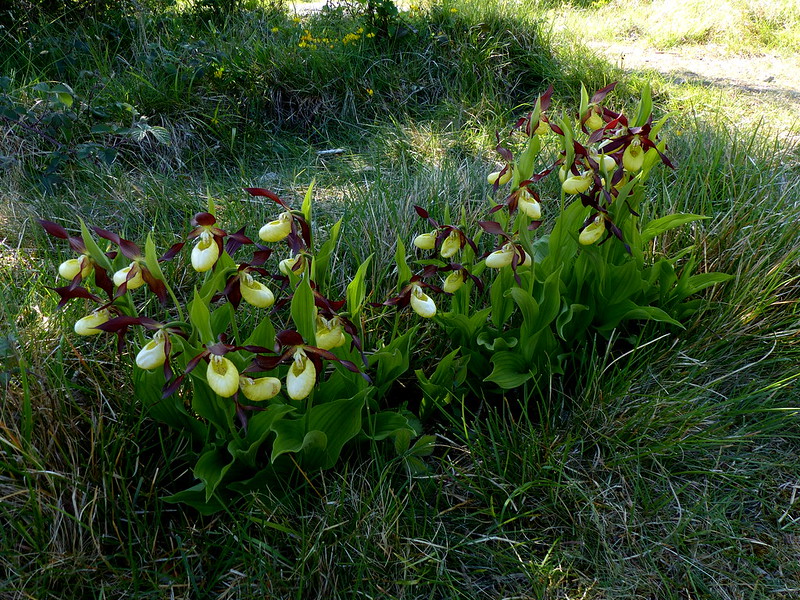 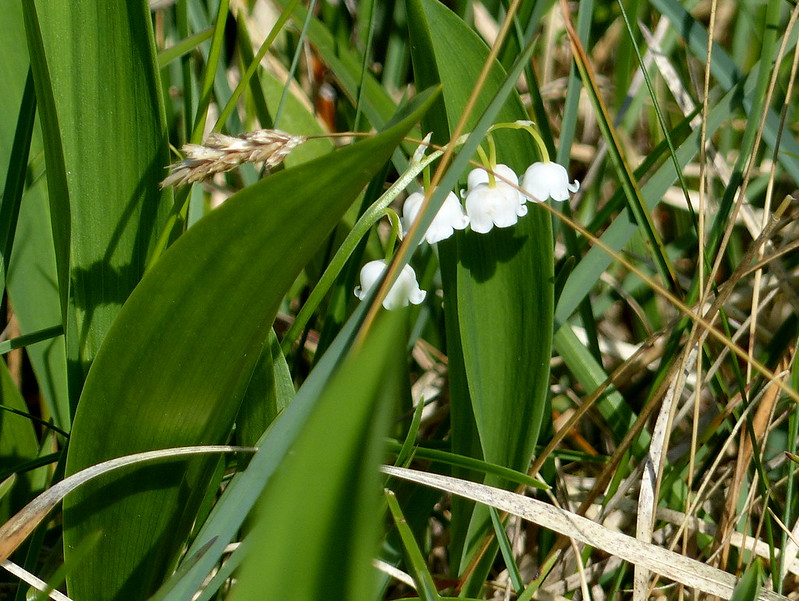 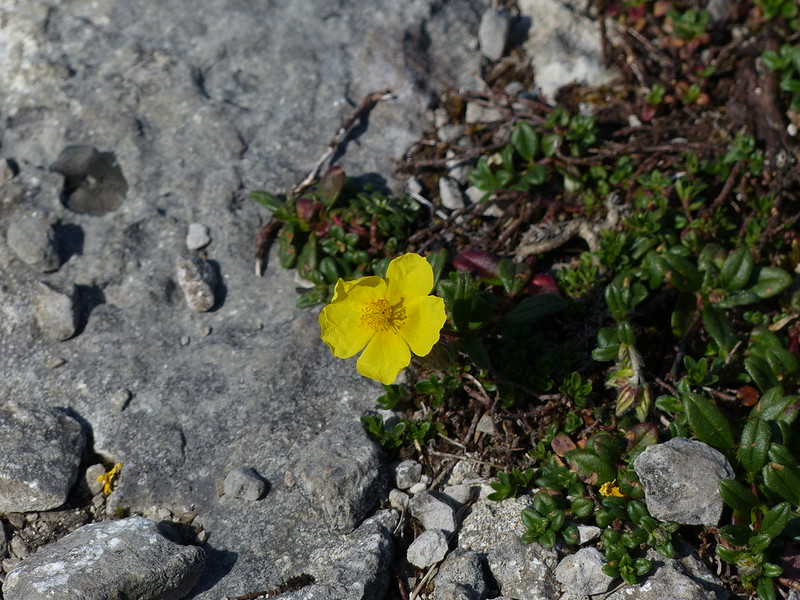 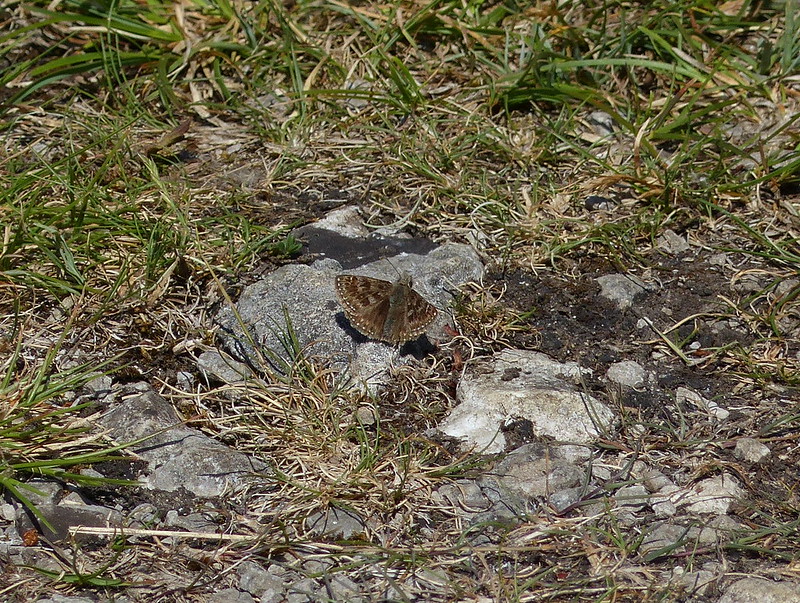 Dingy Skipper (another first for me). 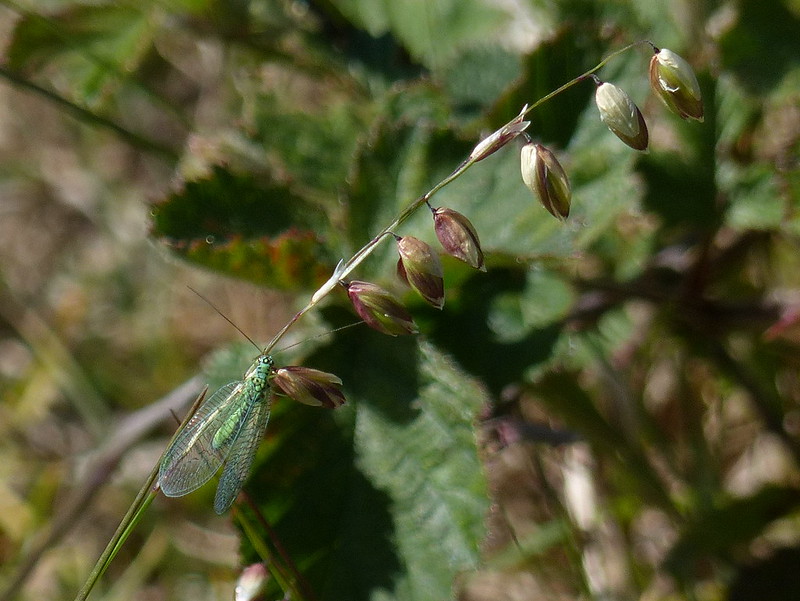 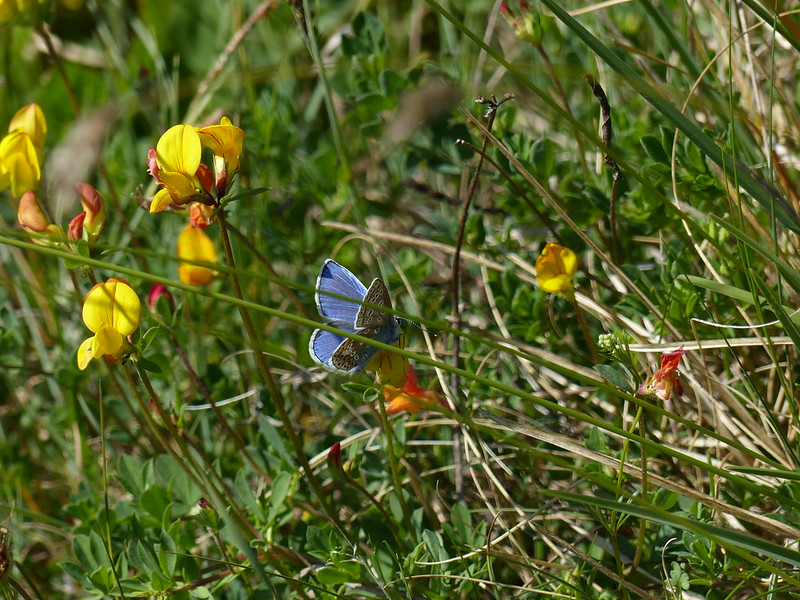 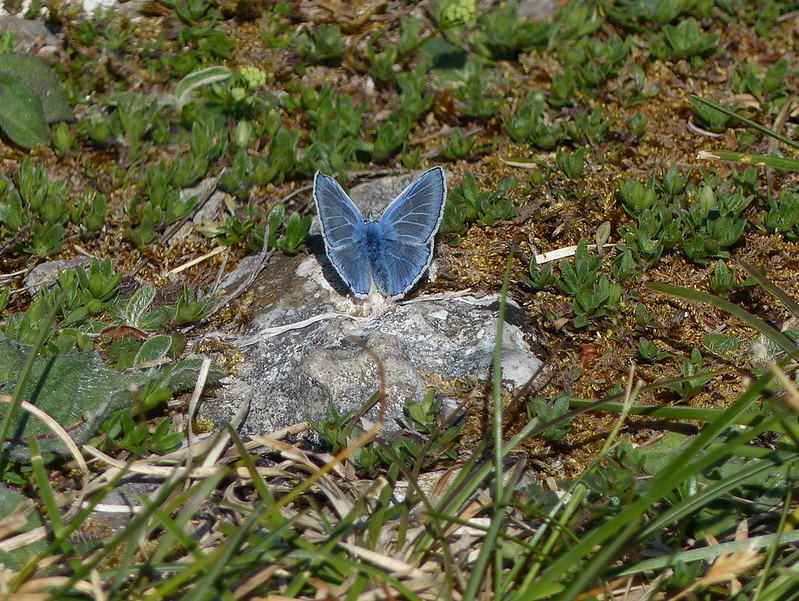 In the rides between the trees in Gait Barrows, out of the wind, it was really very warm and there were butterflies everywhere. As well as the ones I managed to photograph we also saw Brimstones, Orange-Tips and other Whites, and a few Fritillaries. 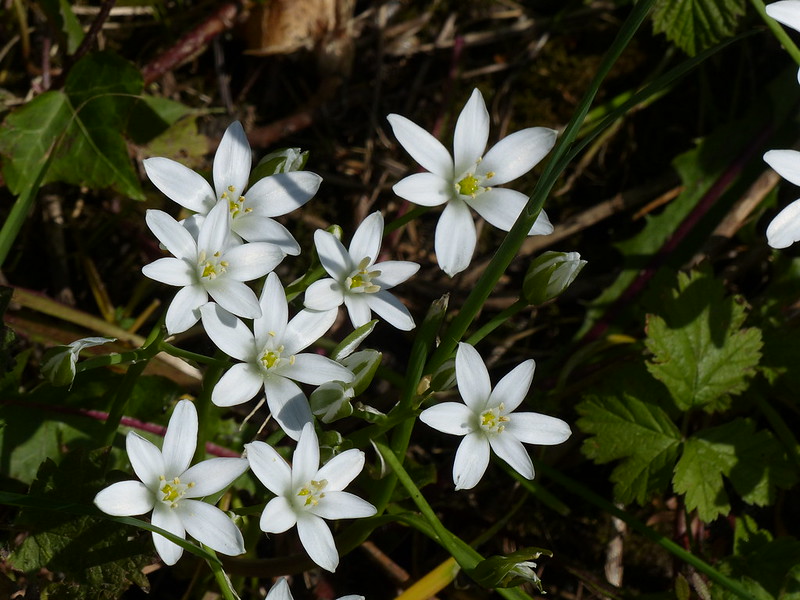 I was intrigued by these striking white flowers growing in profusion in one stretch of the hedge-bottom, opposite some cottages on Moss Lane. I now think that they are Star of Bethlehem, an introduced species – possibly someone has planted some bulbs here along the verge.

A Feast of Flora and Fauna