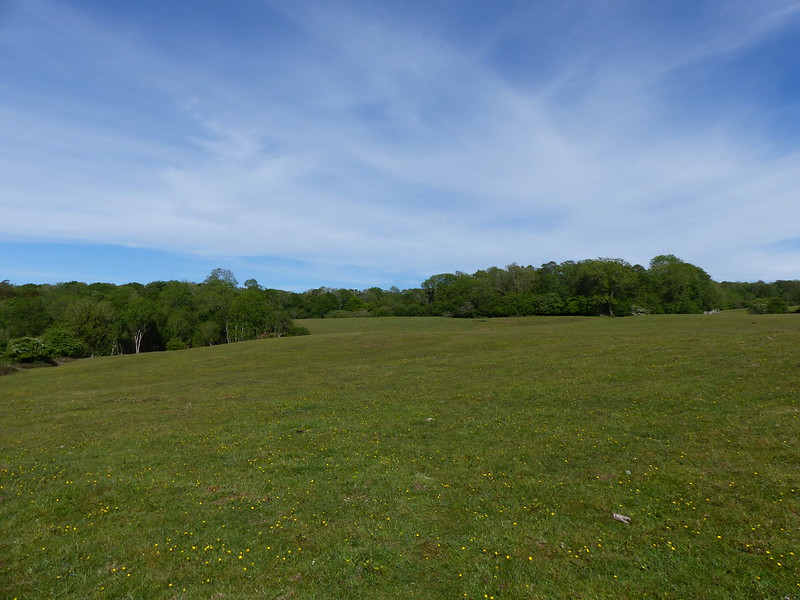 My obsession with the Bay was at least partially superseded by a similar compulsion to keep paying return trips to Gait Barrows; partly in an attempt to spot the rare butterflies which can be seen there, but in the summer Gait Barrows has plenty of other attractions. 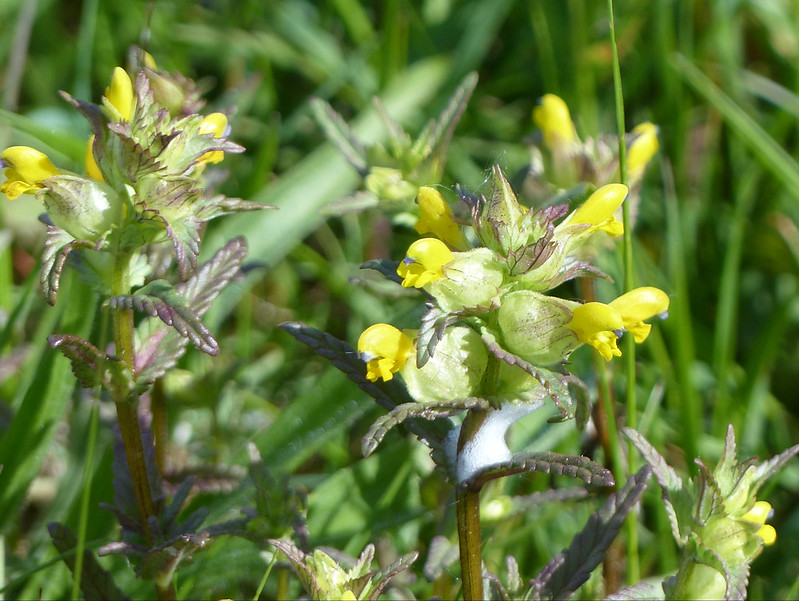 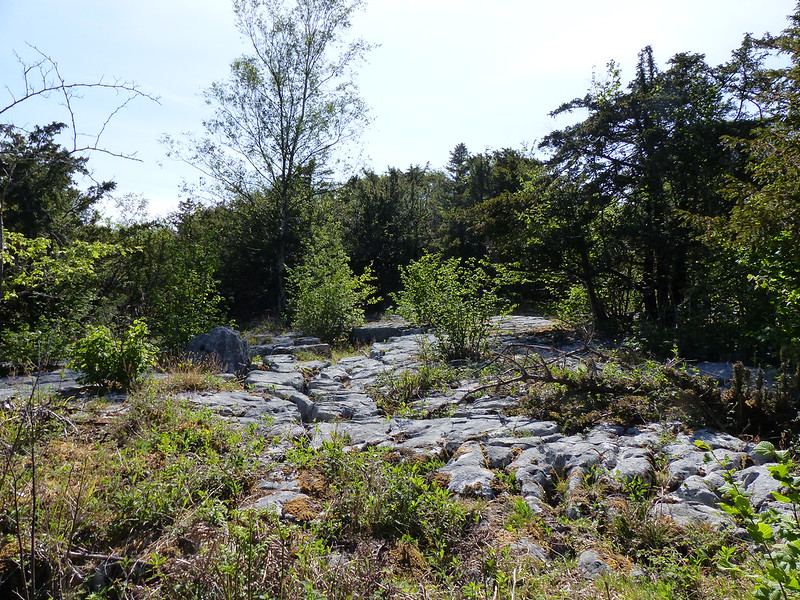 Although there are some large open areas of limestone pavement, much of it is wooded and then there are other areas which are partially wooded. It’s quite easy to get a bit lost wandering around in this terrain, and also quite scratched as you forge a route through the generally thorny scrub between adjacent islands of open pavement. Great fun to explore though. 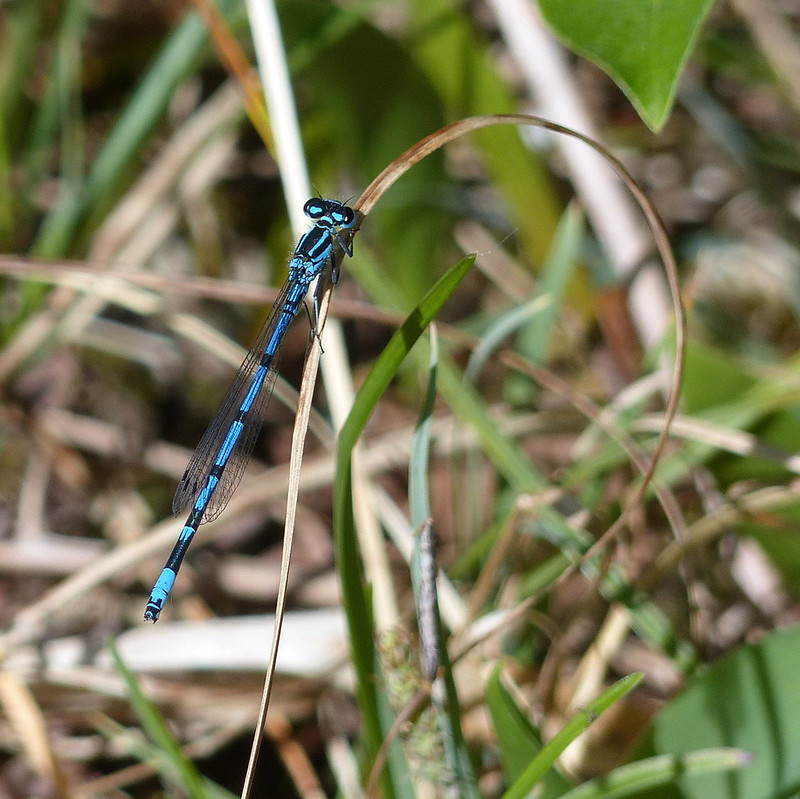 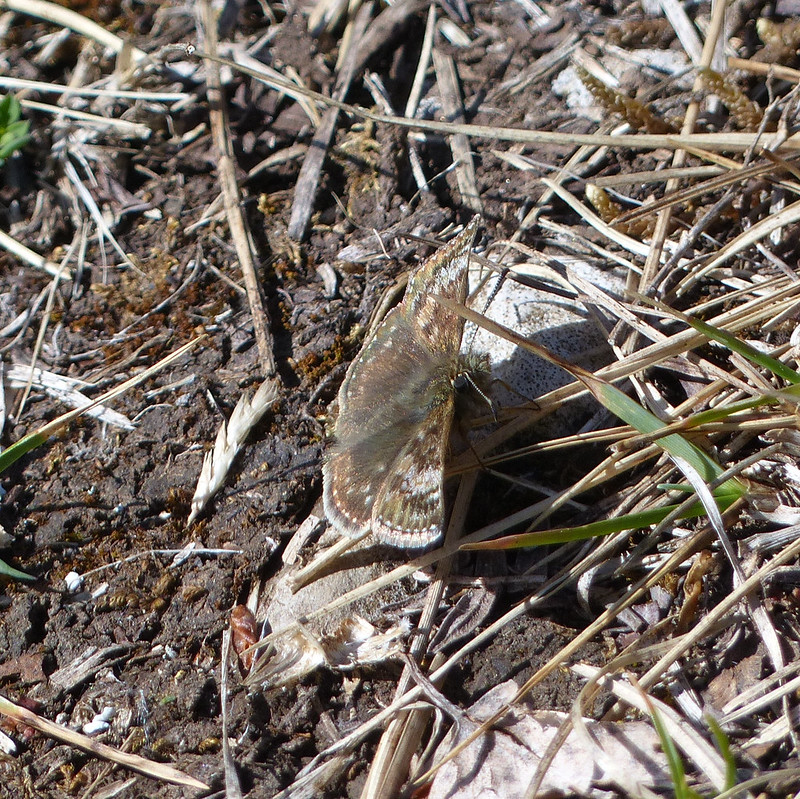 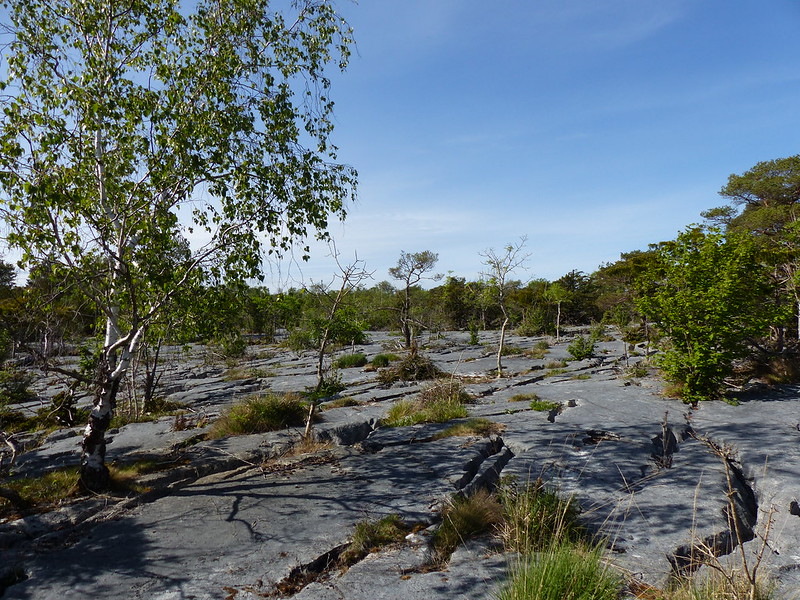 I was looking for some particular plants known to grow in the grykes here, but I was also amazed by the sheer variety of plants which obviously thrive in this rather unpromising looking habitat. A wide selection of native trees and shrubs grow in the grykes and all sorts of flowers and ferns. 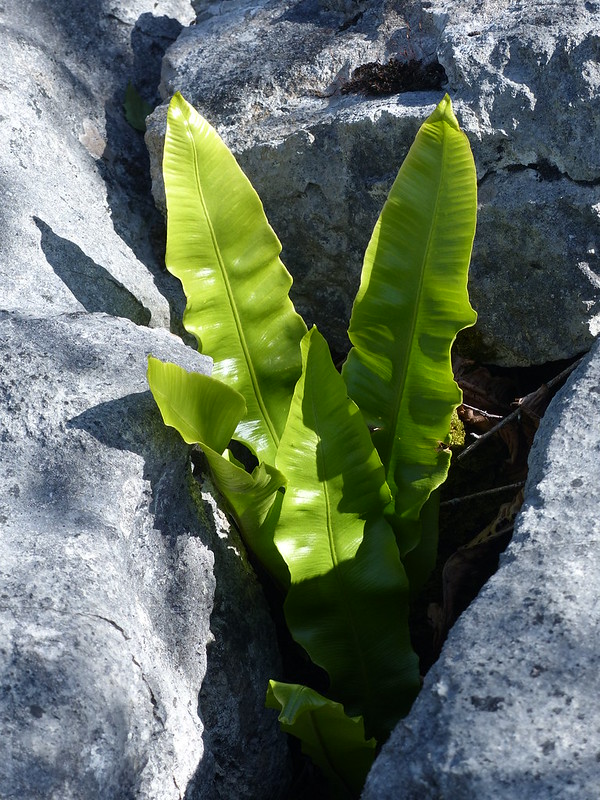 Although I was hoping for butterflies, what I was actually looking for was this… 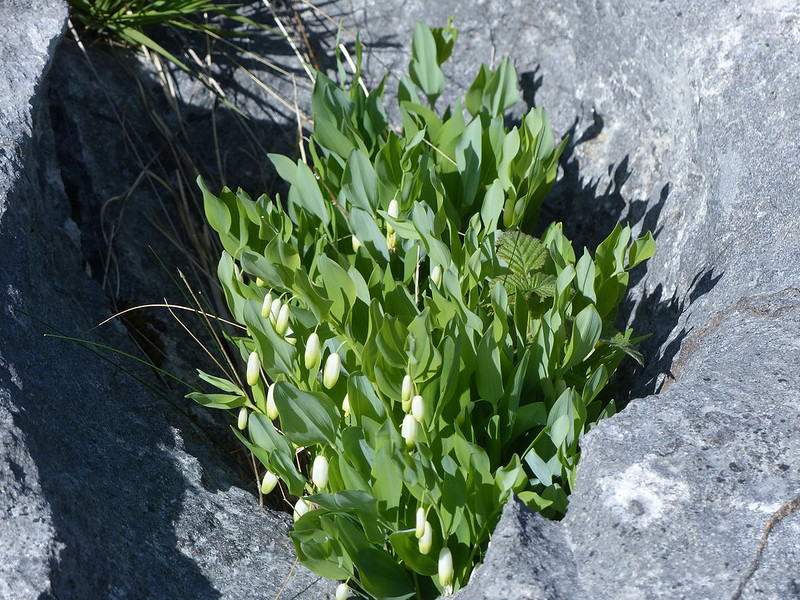 Related to, but distinctly different from, Solomon’s-seal and rarer too. I hadn’t seen it before, but had seen photos the day before on Faceache, drawing attention to the fact that it was currently flowering in the grykes at Gait Barrows.

It’s an odd-name Solomon’s-seal isn’t it? I got to wondering what the connection might be between an Old Testament King (and poet) and this plant. My trusty ‘Reader’s Digest Field Guide to the Wild Flowers of Britain’, has this…

No one knows for certain why Solomon’s-seal is so called. One explanation is that the circular scars on the underground rooting stem, left by the withered flowering shoots of previous years, resemble document seals. Another theory is that the name arose because of the medicinal value of the plant in ‘sealing’ wounds and broken bones. A poultice made from its powdered roots has also been used to cure black eyes and other bruises. The biblical King Solomon himself was traditionally said to have approved this use.

Quinine has been discovered only recently to be a secondary metabolite of several Solomons Seals.

So there’s another potential medicinal use, but I should warn you, if you’re worried about malaria, that metabolising Solomon’s-seals is not advised since the plant is toxic. 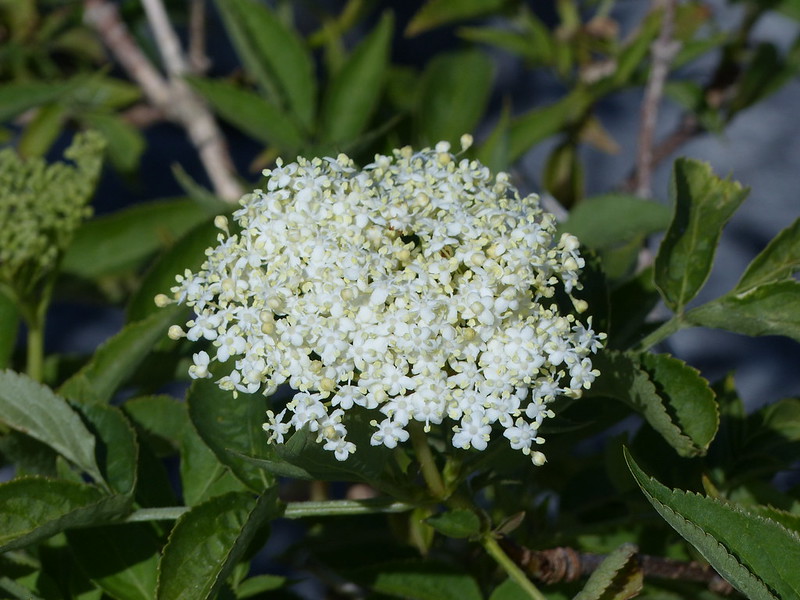 A fortnight later, I remembered seeing elders in flower on the pavement at Gait barrows, but misremembered the details, so that when TBH wanted flowers to make cordial I was boasting that I knew where I could lay my hands on ‘loads’, a claim which transpired to be very wide of the mark. But more on that in a future post no doubt. 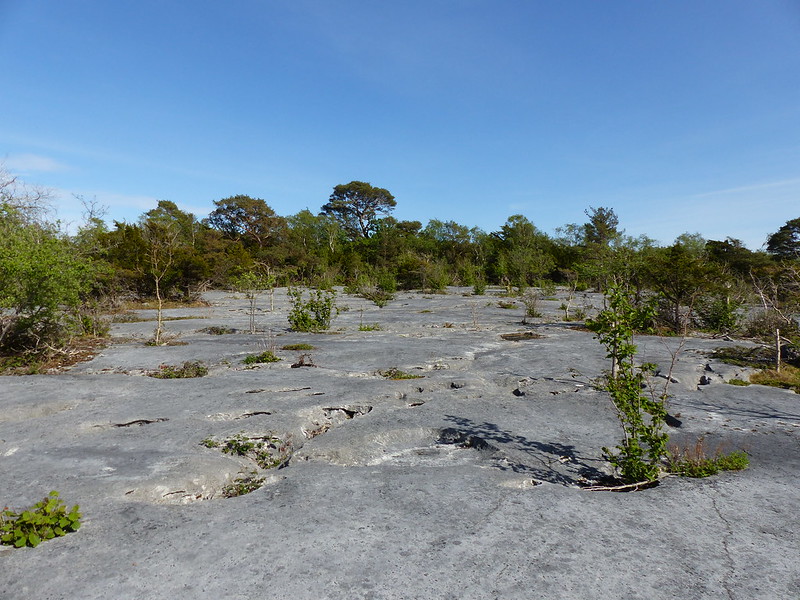 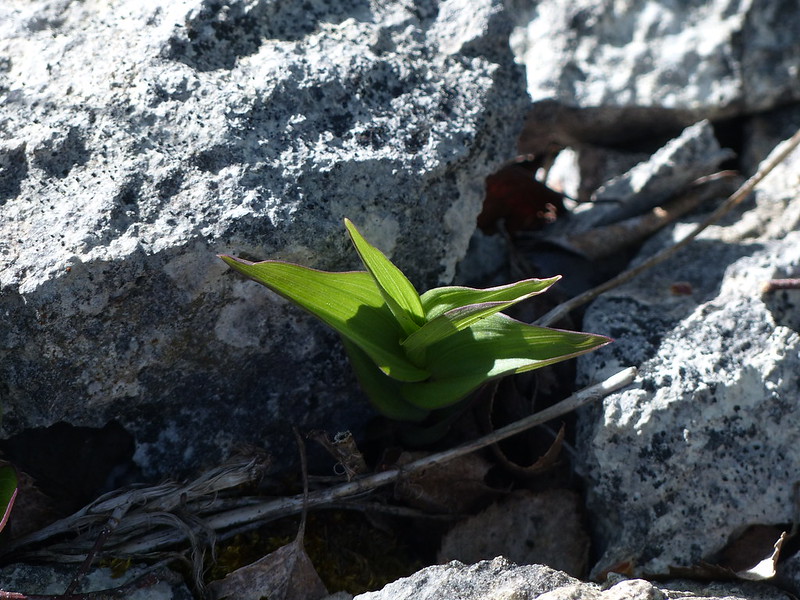 I’ve been fanatically returning, again and again, to three tiny plants which I think are dark red helleborine, trying to ensure that this year I actually see them when they are flowering, and not just after, which usually seems to be the case. Frustratingly, on each visit they don’t seem to have progressed at all, with no extra growth and no sign of flowers beyond a feathery stalk… 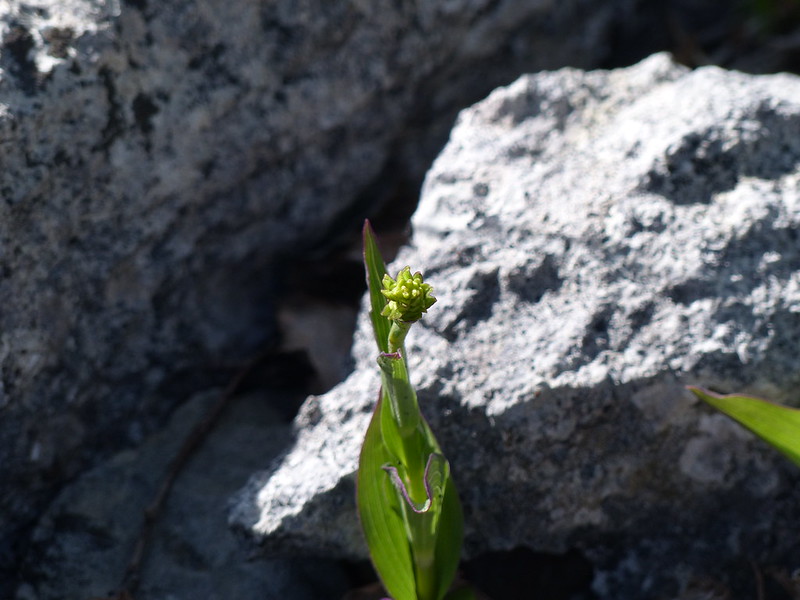 …which, to add insult to injury, something has eaten since I took these pictures. 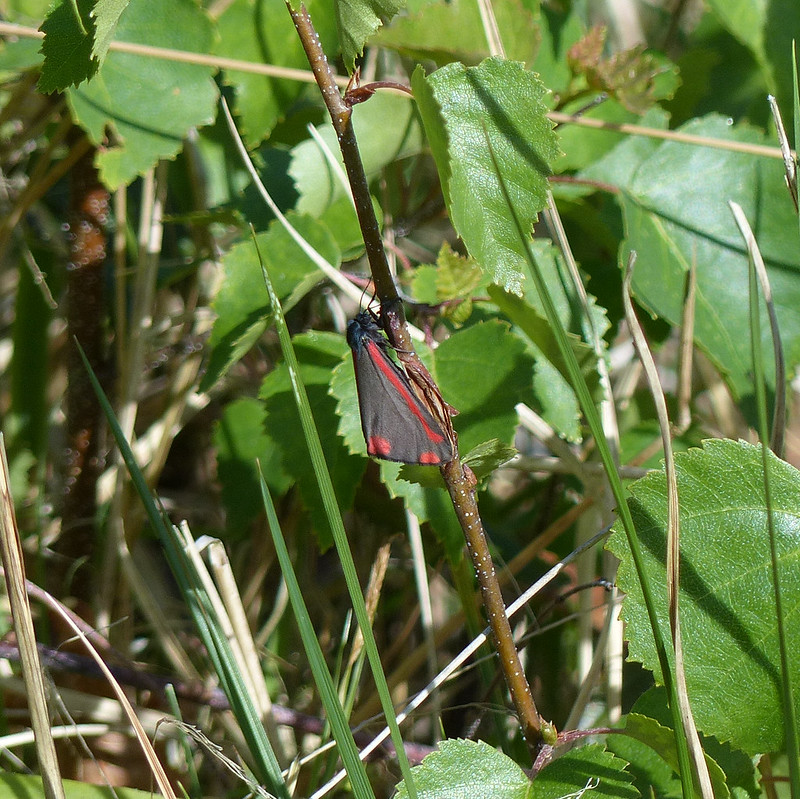 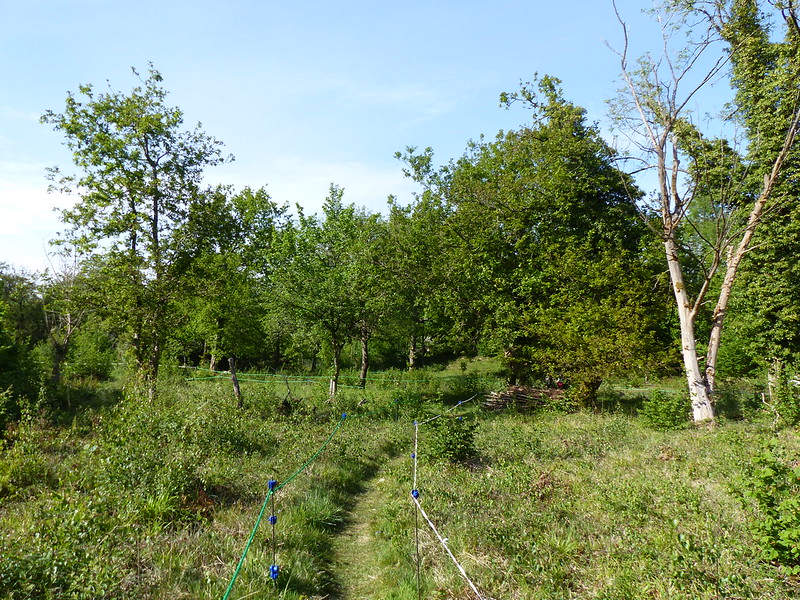 This path, away from the way-marked nature trail around the nature reserve, is one I’ve wanted to explore for years, I don’t know what it was that made me feel emboldened to go and explore on this occasion. I found that the areas around the path were cordoned off with signs explaining that this was to protect the Duke of Burgundy butterflies during the breeding season. These were exactly the butterflies that I’d come looking for, but I didn’t see any on this or any subsequent visit. 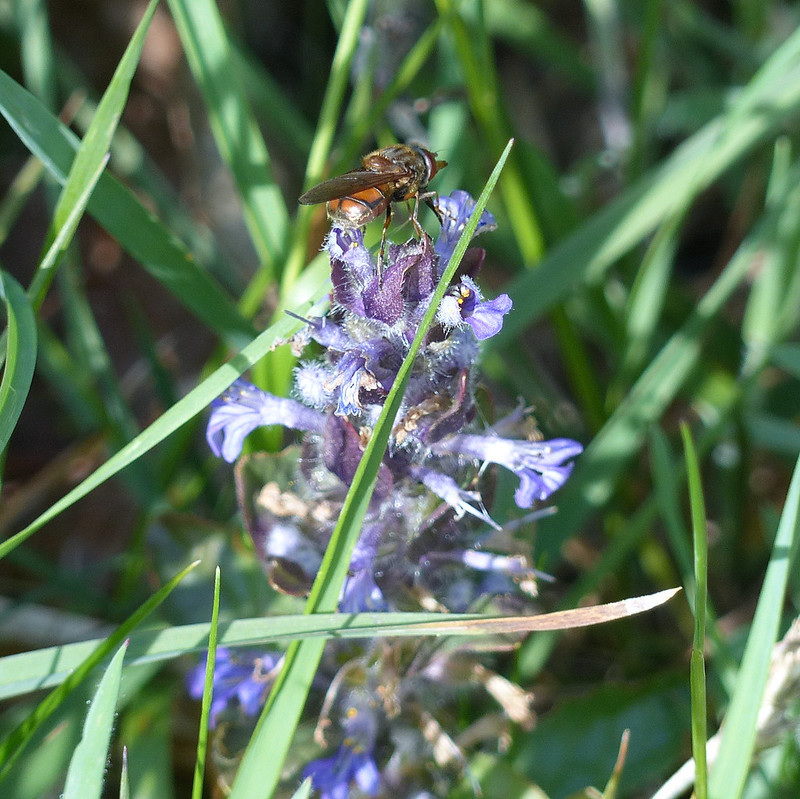 A hoverfly – rhingia campestris. It’s not often I can identify a hoverfly with any degree of confidence, but this one has a prominent snout, just about visible in the photo. 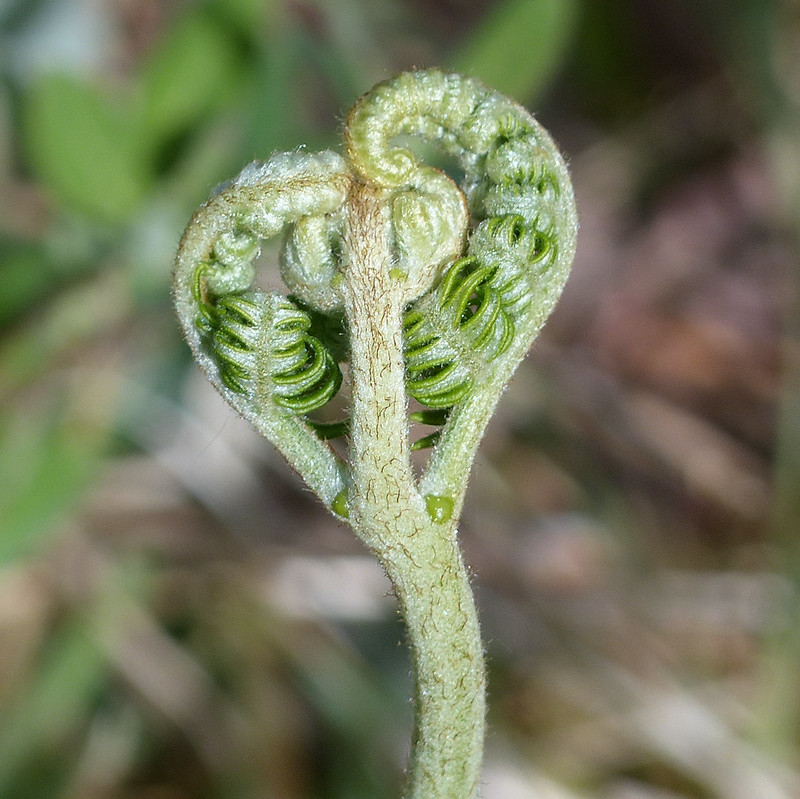 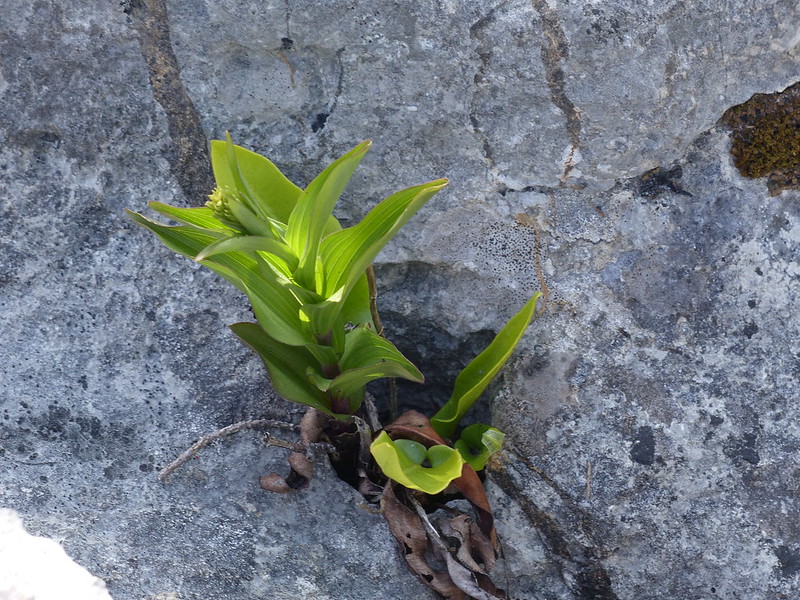 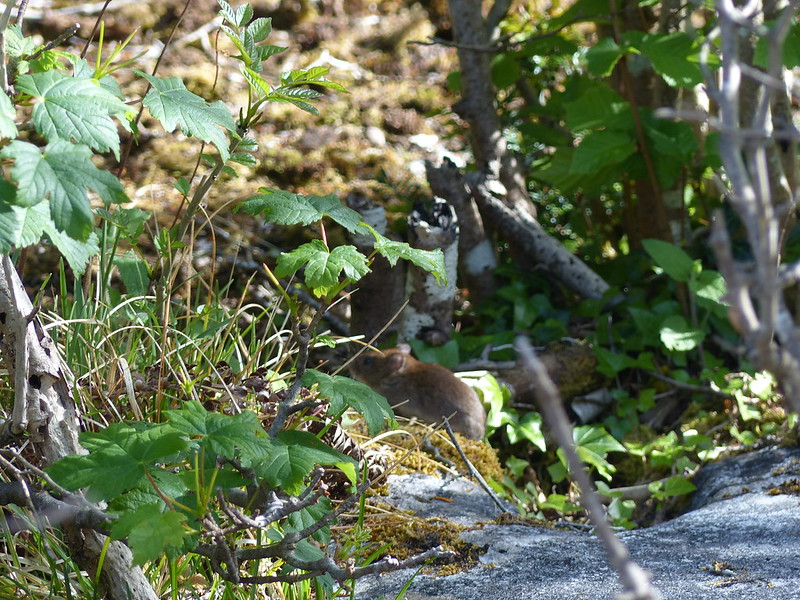 Most unusual to see rodents wandering about in broad daylight, but this was the second I’d seen that day and in both cases they didn’t just disappear, but scampered about, dipping into holes, but then reappearing again shortly.

During recent visits to Gait Barrows, I’ve seen tawny owls flying in broad daylight on four occasions, including twice today. I’ve also heard the owls calling, all of which seems unusual. I was never fast enough to get even a sniff of a photo, but it was wonderful to see them anyway. I guess there’s a nest there’s somewhere.

Following on from my last post, and perhaps appropriately for a post which, even obliquely, references the raunchy ‘Song of Solomon’, some versions of ‘Whole Lotta Love’.

Readers of a certain age will remember the Top of the Pops theme, recorded by Collective Consciousness Society, I know I do.

Whisper it, but I’m not especially fond of Tina Turner’s slow-burn cover, but I do like The Dynamics’ reggae version:

The version I’ve listened to most, over the years, is this one…

…by King Curtis and the Kingpins. Marvellous, especially the last 45 seconds or so.

The vocal delivery and lyrics on this song…

‘You Need Loving’ by the Small Faces, ‘influenced’ Robert Plant and because it was a cover of Muddy Waters ‘You Need Love’… 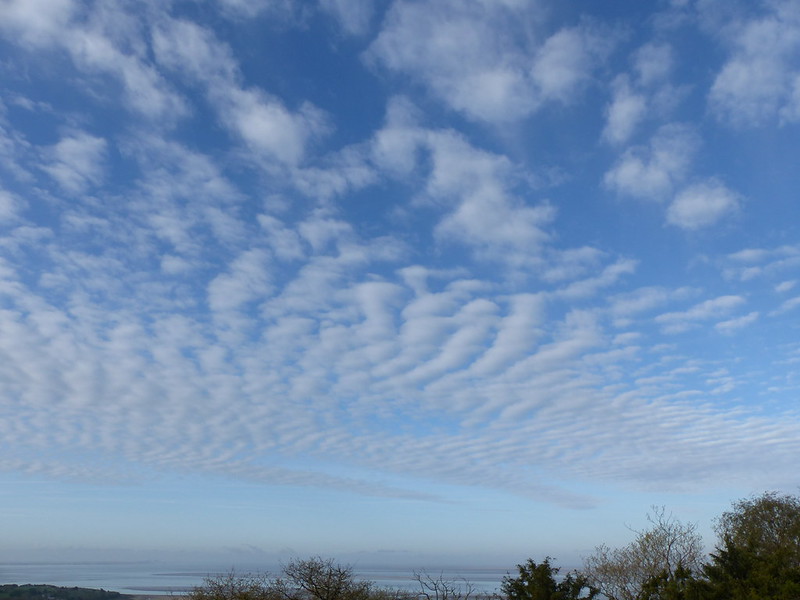 A cool, bright and sunny day, mostly spent at a Rugby tournament at Preston Grasshoppers. 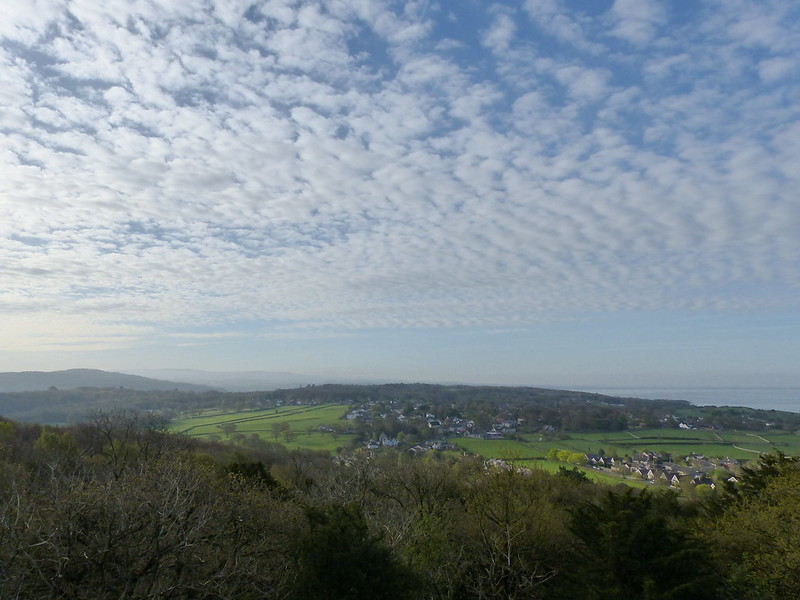 I was out early for a short walk, but not early enough to catch the clear skies with which the day began. Whilst I was drinking my kick-starting cup of tea, thin high cloud had appeared, spread and, particularly to the east, began to coalesce into a covering layer. 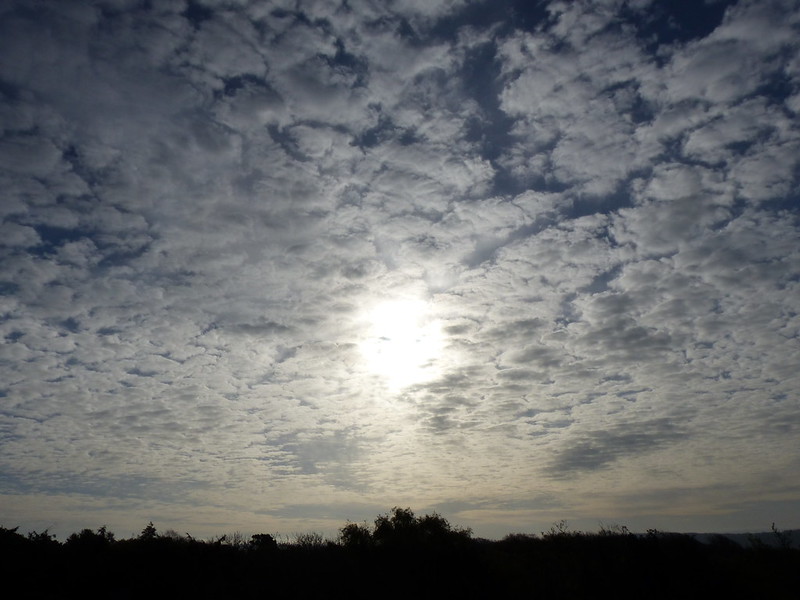 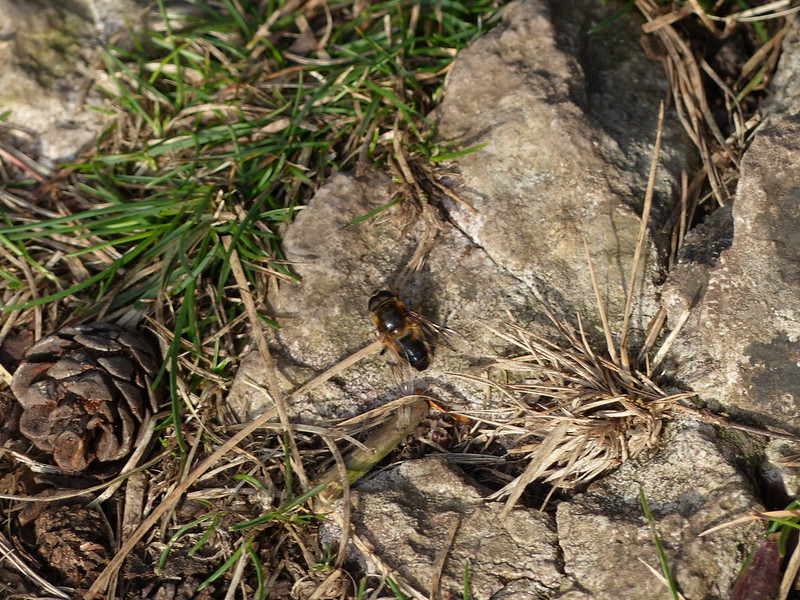 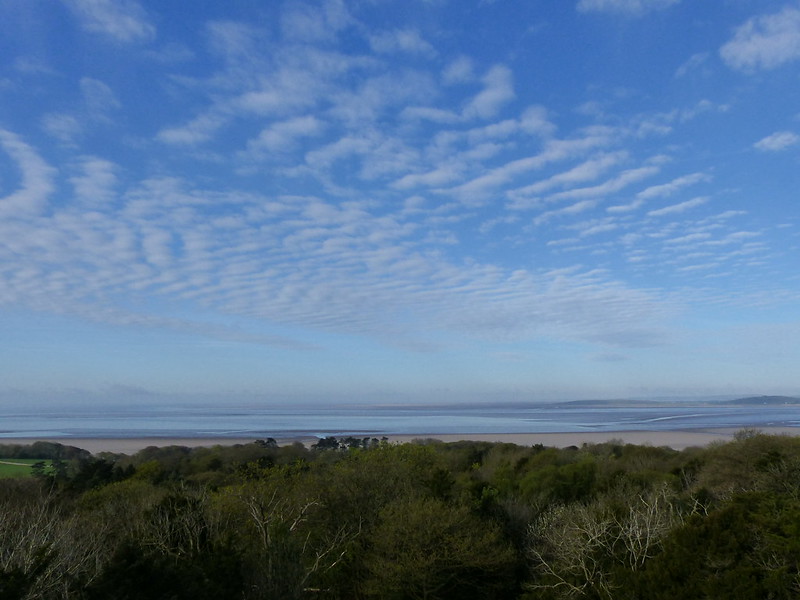 This photo, taken from Castlebarrow, clearly shows the ‘sandier’ beach we’ve enjoyed of late along the Silverdale shoreline.

One consequence of my insistence on a daily wander (or two) seems to be that I am tuning in to my surroundings and beginning to pick-up on things I might otherwise have missed. As I came down off Castlebarrow I picked out the tchoo-tchoo of a Marsh Tit and have several poor photos to prove it. Likewise the thin contact calls of Goldcrests – I watched three of them hopping about in the dense foliage of a Yew, failing miserably to get a clear photo of any of them.

Of course, I have many wildlife encounters which fail to produce a photograph. I didn’t manage, for example, to catch the Blackbird which I watched chasing a Magpie above The Lots, apparently pecking at the larger bird’s tail-feathers. Also, I’ve seen Roe Deer in the woods several times of late, but either they have been away too quickly for me, or it’s been too dark to bother trying to photograph them, or I haven’t had my camera with me. (Increasingly, I leave it behind if it’s late and the sky is very gloomy).

I was without a camera recently when, in Eaves Wood, I spotted a Tawny Owl perched on a nearby branch. In fact, at first I didn’t see it, but just noticed that something was awry, out of the ordinary, and that I ought to look again, more closely. The owl’s plumage was extremely effective camouflage against the tangle of branches in the gloomy wood and it took a moment for the shapes to resolve themselves in my brain into an owl, which, due to the steepness of the slope was perched at my eye-level and not five yards away. We stared at each other for a long moment, and then, without ever having made a sound, the owl turned first its head, then its shoulders and then dropped silently from the tree and winged effortlessly away. Magic.

Little and Often – Tuning In

…in all the old familiar places

After our trip to Holehird I managed to get out for an evening stroll. I started late, but this being June the sun was still shining. I started in Eaves Wood, which meant I lost the sunshine, although I could see that the top of the canopy was still brightly lit. Never the less, I enjoyed a stomp up to the Pepper Pot and when I got there I briefly saw the sun again before it slipped behind a cloud in the western sky. I decided to drop through the wood and down to Cove Road to extend my walk to take in the Cove and the Lots too.

When I reached the Cove the sun hadn’t set, but it was low in the sky…

I noticed that the whitebeam which grows on the cliff here is almost flowering – I must keep an eye on this to see how it looks when it is.

The walk had been accompanied predominantly by the sound of blackbirds, and not for the most part their wonderful singing but more often the aggressive pip-pip-pip noise which they make. On the clifftop path a softer pip-pip-pip had me searching in the trees above me. A woodpecker. Even though my camera was already turned on, all I managed to photograph was the branch where the woodpecker had just been. A little further along the path another soft sound, softer still in fact, had me scanning the treetops again. There are many dead trees in this small patch of woods and many of them are full of holes drilled by woodpeckers. In addition, many of the living trees have small neat round holes in them – it’s just near here that I saw the starlings feeding their young in just such a hole, probably a nesting hole abandoned by woodpeckers. I hoped that I might be hearing young woodpeckers. I was wrong…

A tawny owl was staring straight back at me. It was fairly dark by now (as you can see) but with a little tweaking…

Grainy pictures I know – I’m not even sure whether this owl is a rufus or a grey tawny owl – there are two colourings apparently, with the grey being more unusual.

The owl dropped off the branch and rolled noiselessly away. I waited awhile but it didn’t reappear. When I slowly continued – looking for starlings or woodpeckers nesting in trees – I heard the same rather plaintive calls which had first attracted my attention. I retraced my steps and, in a tree near to where I saw the owl, two black eyes returned my stare from a white ball of fluff:

A baby tawny owl! I watched for quite some time, hoping that the adult might return with some food. The youngster hopped about on the branch but didn’t move much. A couple of crows seemed quite interested and kept returning to an adjacent tree, but no sign of the adult.

I had resolved not to wait for the sunset, but had watched the owl chick for so long…

Owl Be Seeing You…