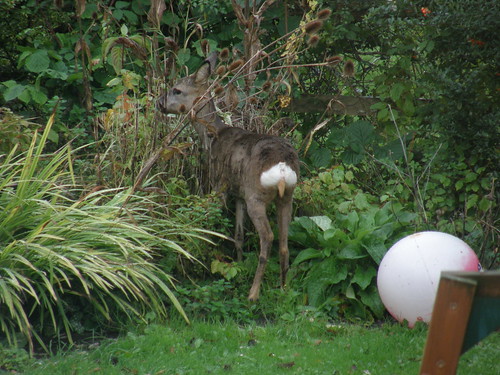 So, what else was going on here in sunny Silverdale during last year’s back-end?

Well, we had a regular visitor to the garden, sometimes with a friend. Usually, but not always, seen either early in the morning or late in the evening, or sometimes both. We strongly suspected that it was sleeping-over. 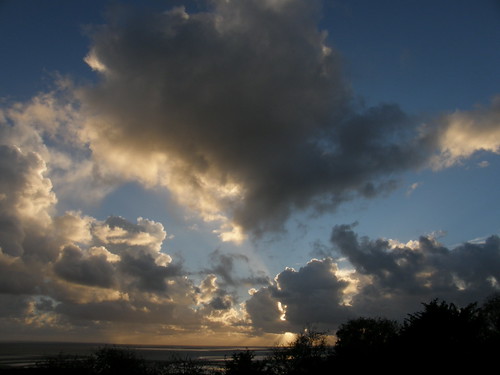 ….there were skies, with clouds n’stuff. This was taken just before sunset from Castle Barrow, by the Pepper Pot – I can tell. But I don’t really remember taking it.

Here’s something I do remember: a conversation with Little S:

“How come I haven’t had my Birthday treat yet?”

“Eh?” (His Birthday was months earlier)

“You said…”. (A lot of S’s sentences begin with an accusatory “You said”.)

“You said that I could go horse riding, but you never took me.”

For once he appeared to have us bang to rights. So we took him, and his siblings, to Bowkerstead Farm in Grizedale. 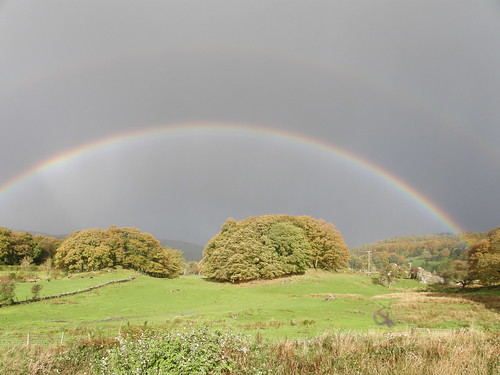 It was destined to be one of those days – the sun was shining, but to the North the sky was ominously black. When the rains arrived they brought with them a spectacular double rainbow. 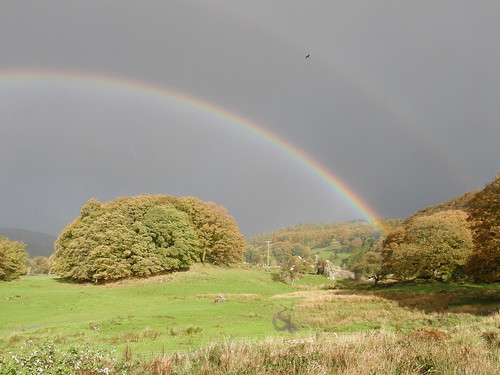 It rained intermittently whilst we were out, but we all enjoyed the experience. We went into the forest, initially climbing steeply on a very boggy track, and eventually came back down on wider forestry tracks. TBH and I walked – it was fairly strenuous keeping up with the horses. TBH had the unenviable task of leading the pony which S was riding – a thoroughly wilful and uncooperative creature, it stood on her foot a couple of times, shouldered her into particularly boggy bits of the track and walked poor S into a couple of low branches. 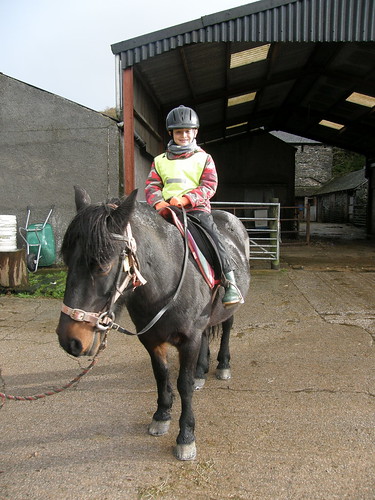 When we took A and B pony trekking before, S wasn’t old enough to join them, and I think he saw this as an opportunity to right an injustice. He was very happy anyway. 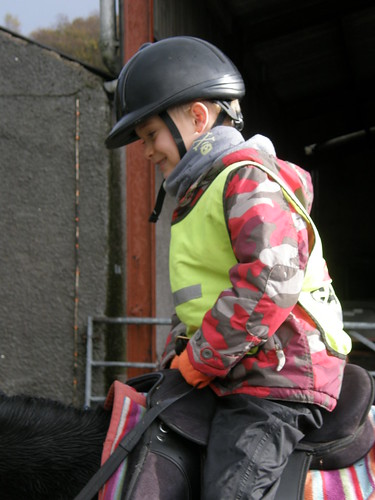 The others enjoyed it too. 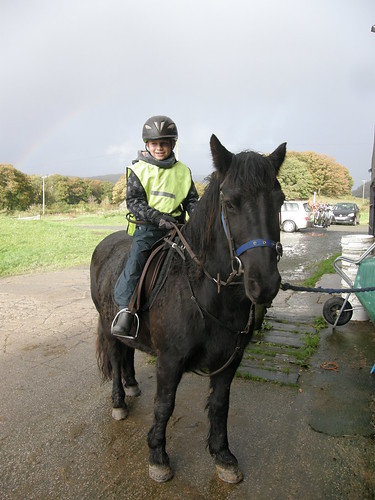 So much so that A asked for riding lessons for Christmas. 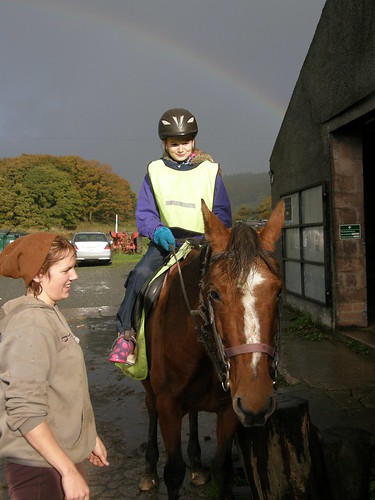 I would have strongly recommend the riding centre, but sadly, it has subsequently closed.

The weather cleared up somewhat in the afternoon and we took advantage of the opportunity to have a wander around one of the sculpture trails in the Forest. (Photos from a previous visit here.) 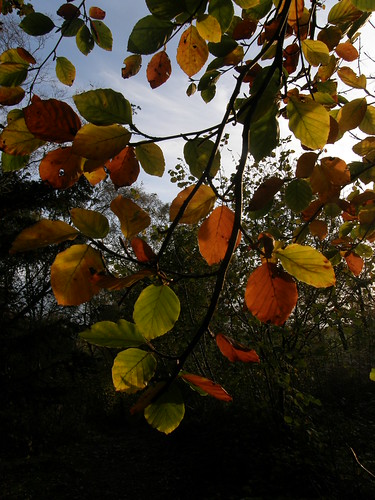 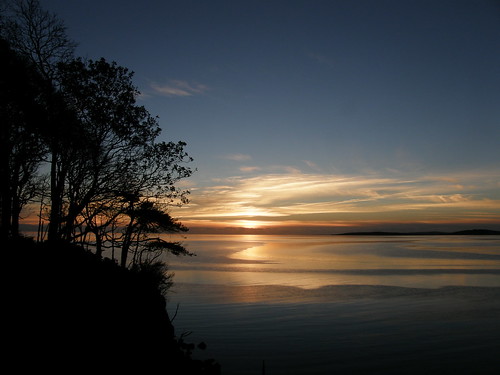 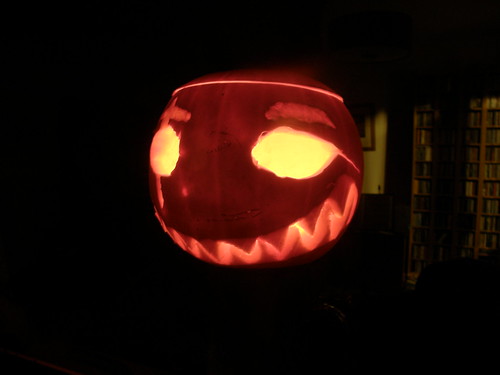 A Happy Halloween to all our readers!

These two seem to be a pair. Unfortunately, I can’t give any details about the artist because although I have several map/guides to the forest from nearly 20 years of visiting, they are all hopelessly out of date.

I’m pretty sure that this was once an Owl, but it has now lost its head. It is the fate of many of the forest’s sculptures to erode, rot or be destroyed by logging. My favourite sculptures – a group of 10 life size wild boar made from mud and leaves and twigs in a boggy hollow away from any paths and Departure Lounge or The Birdman’s Hut a hut on stilts filled with feathers and stones and shells etc. also deep in the trees and quite hard to find – are no longer there.

I never was lost in the woods in my whole life, though once I was confused for three days.

I’ve ben a bit confused with my blogging these last few days, but I hope to get back on track with a visit to the woods. On Friday we drove to Grizedale Forest in the Lake District. Much of Grizedale is commercial plantations, but it has become a very popular destination because there is so much to do there.

There’s a playground where you can find out what it feels like to be a spider (or a fly?):

The woods themselves are dotted with sculptures:

Some of which are also musical instruments:

Or shelters to play in:

The meadows are full of flowers:

Generally a great place for a day out.

If You Go Down to the Woods Today….