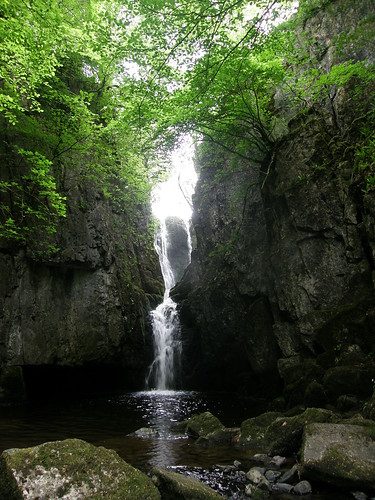 The day after our island-hopping excursion brought more promising looking skies, with the odd hint of blue, but by the time we’d driven to Stainforth in the Dales, it was gloomy again. Positively threatening in fact. We lunched in an odd little picnic area, near to the car park in Stainforth and then set-off up-hill out of the village in search of Catrigg Force, a waterfall in Stainforth Beck.

It was dark and atmospheric down in the ravine, making it hard to do justice to the force in a photo: you’ll have to take my word for it that it was impressive. 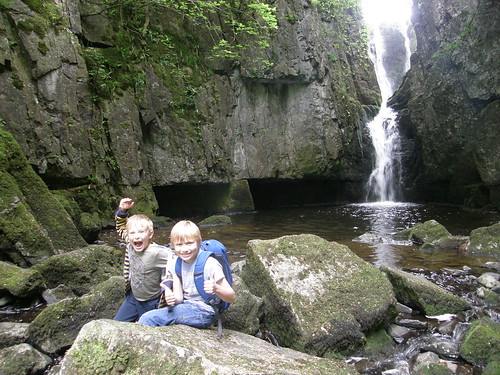 The Dangerous Brothers liked it anyway.

I shan’t bore you with details of our route. I don’t need to. There’s a lovely map below with the route marked on and everything. I haven’t shakily drawn on an approximation with a mouse-driven drawing tool, like I have occasionally in the past, or shelled-out my hard-earned for a GPS. Didn’t need to. I’ve stolen Andy’s map! Genius. Can’t believe I didn’t think of that before.

Anyway, we crossed some fields, many of them resplendent with buttercups. 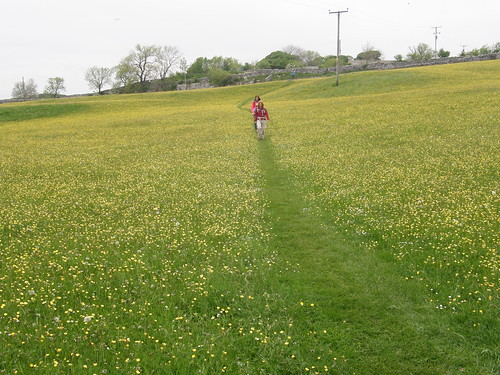 And the final portion followed the river Ribble. 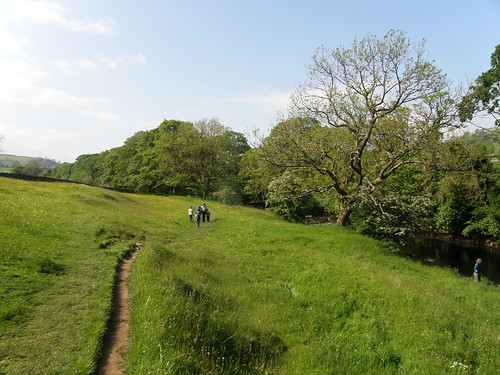 As you can see, it had begun to brighten up. The sun was shining!

What’s to be done in those circumstances? 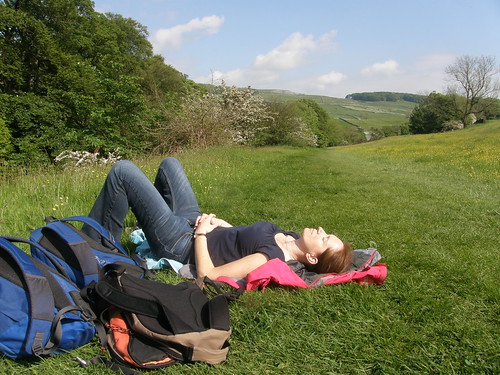 Have a snooze, obviously!

Well, not obvious to our kids, who decided that since everyone else was lying down, they would do the same, but on a slope…. 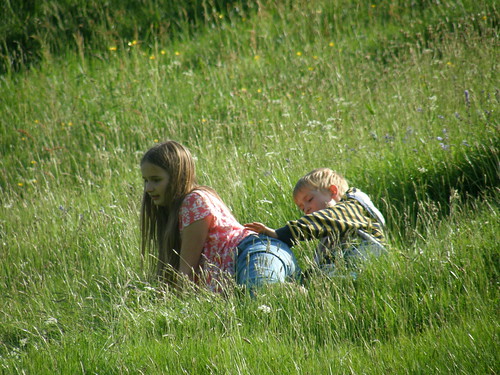 ….so that they could roll down the hill. I think little S is giving his Sister an encouraging shove. Probably.

More simple pleasures on view at Stainforth Force where some lads were using a rope-swing to fling themselves into the river. 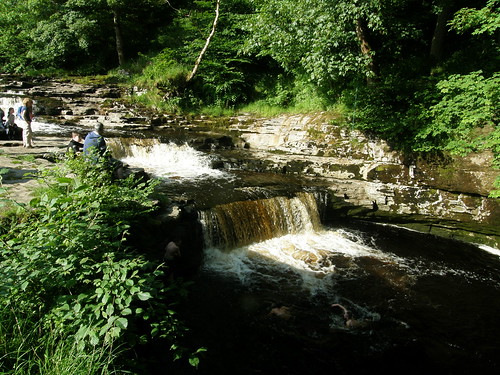 It looked like great fun, if maybe a bit too invigorating. 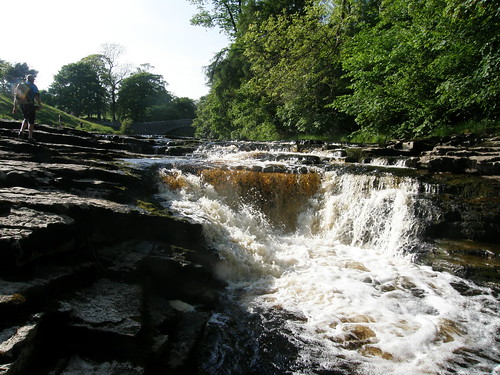 My friend the Proper Birder tells me that it’s a very good place to see salmon leaping, so I think that we might come back this way in the autumn. 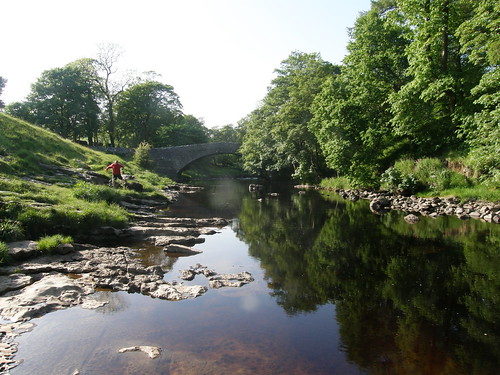 Nice eh? Expect more high quality maps in these parts in the future. Just not regularly.

Andy’s post about our get-together is here. Well worth a read. I can recommend the map, in particular!

This was another walk from…

…and another cracker to boot.