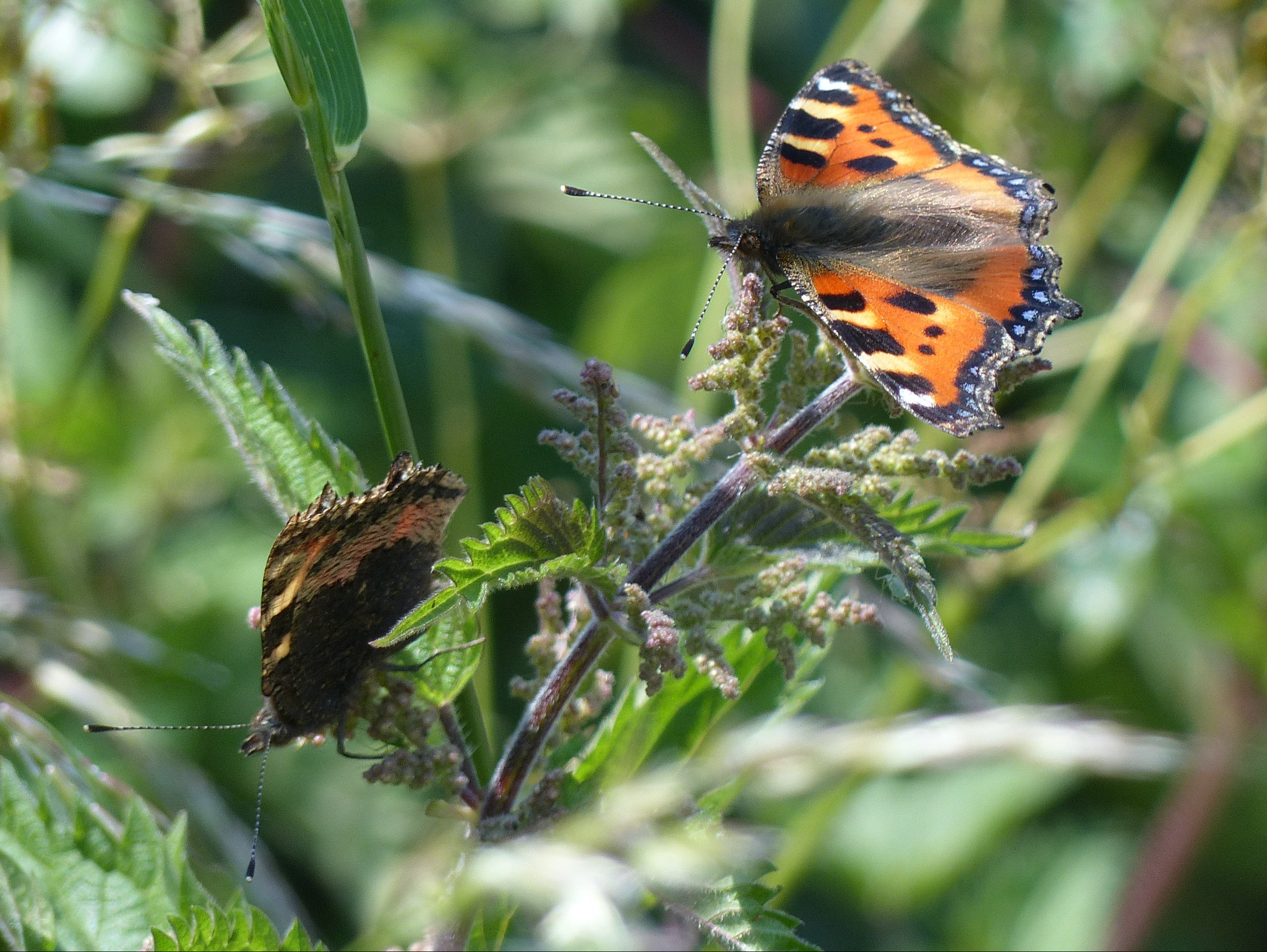 The day after my ascent of Clougha and A has another lesson. It was even hotter than the day before and I opted for a level walk in the Lune valley. I originally planned to park at Crook O’Lune, but it was heaving, so plan B was to start from the Bull Beck car park near Brookhouse. 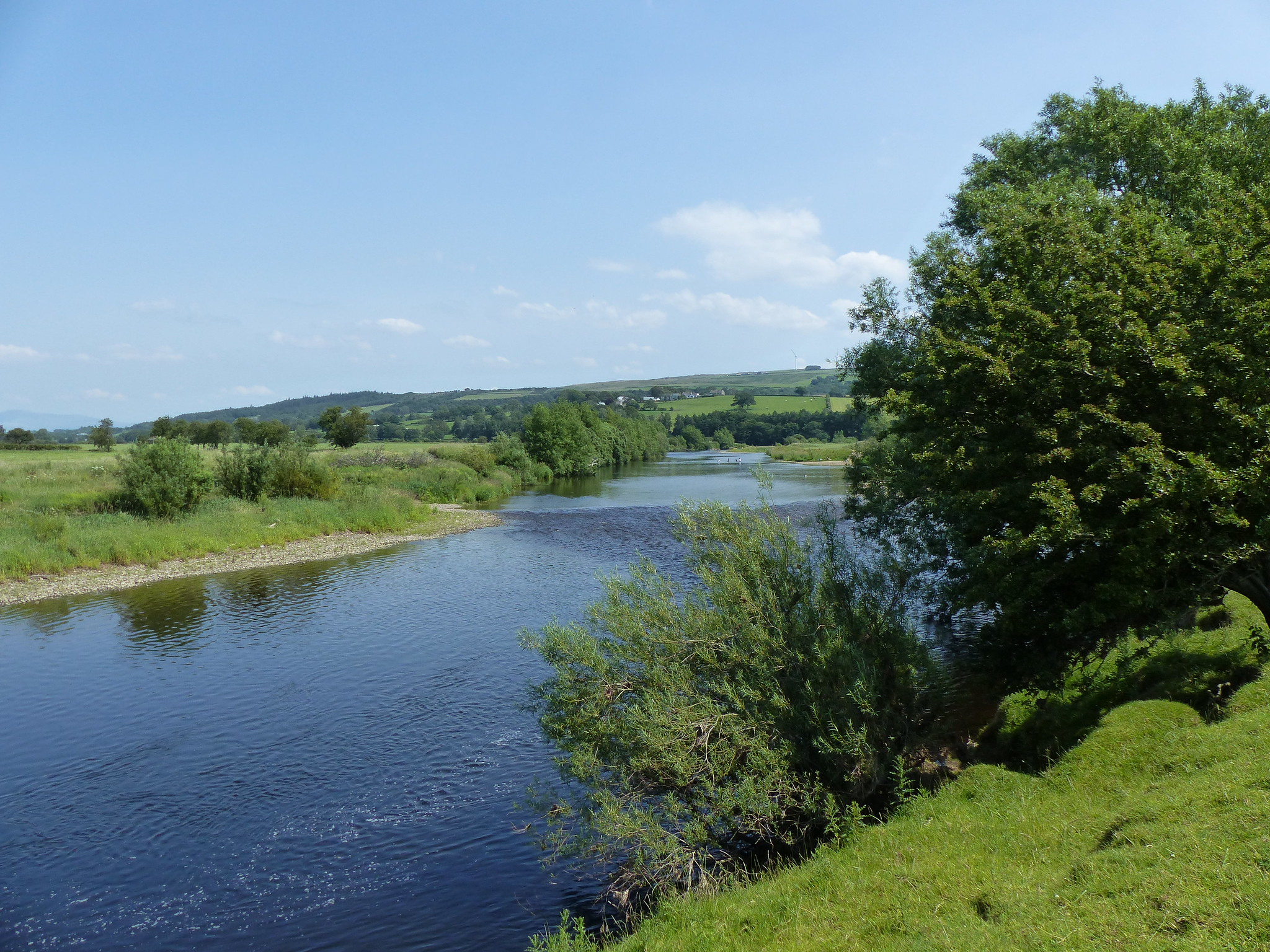 I followed a simple loop along the Lune and then finished along the old railway line, the Lune Valley Ramble, from Crook O’Lune. 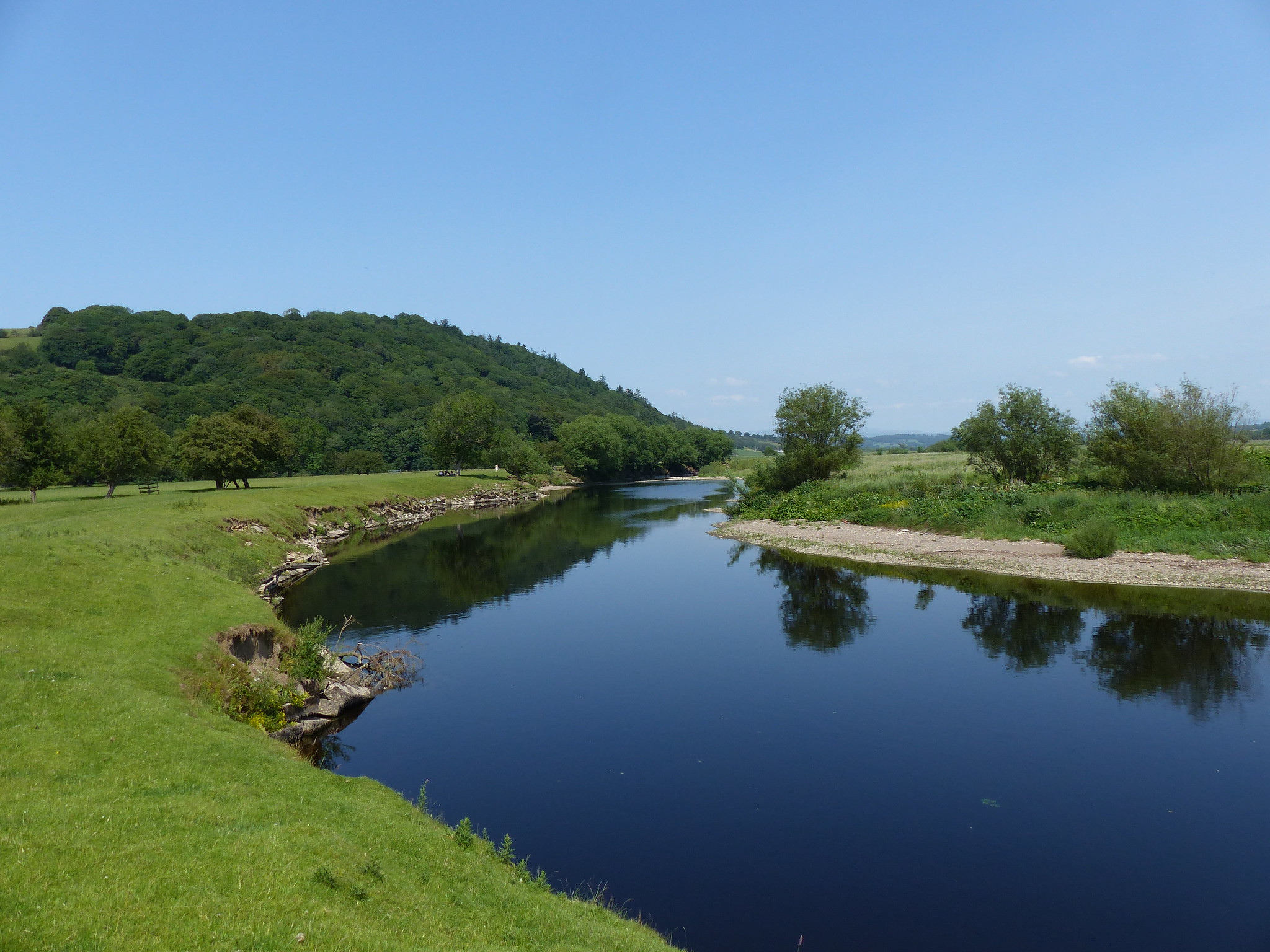 The Lune and Aughton Woods. 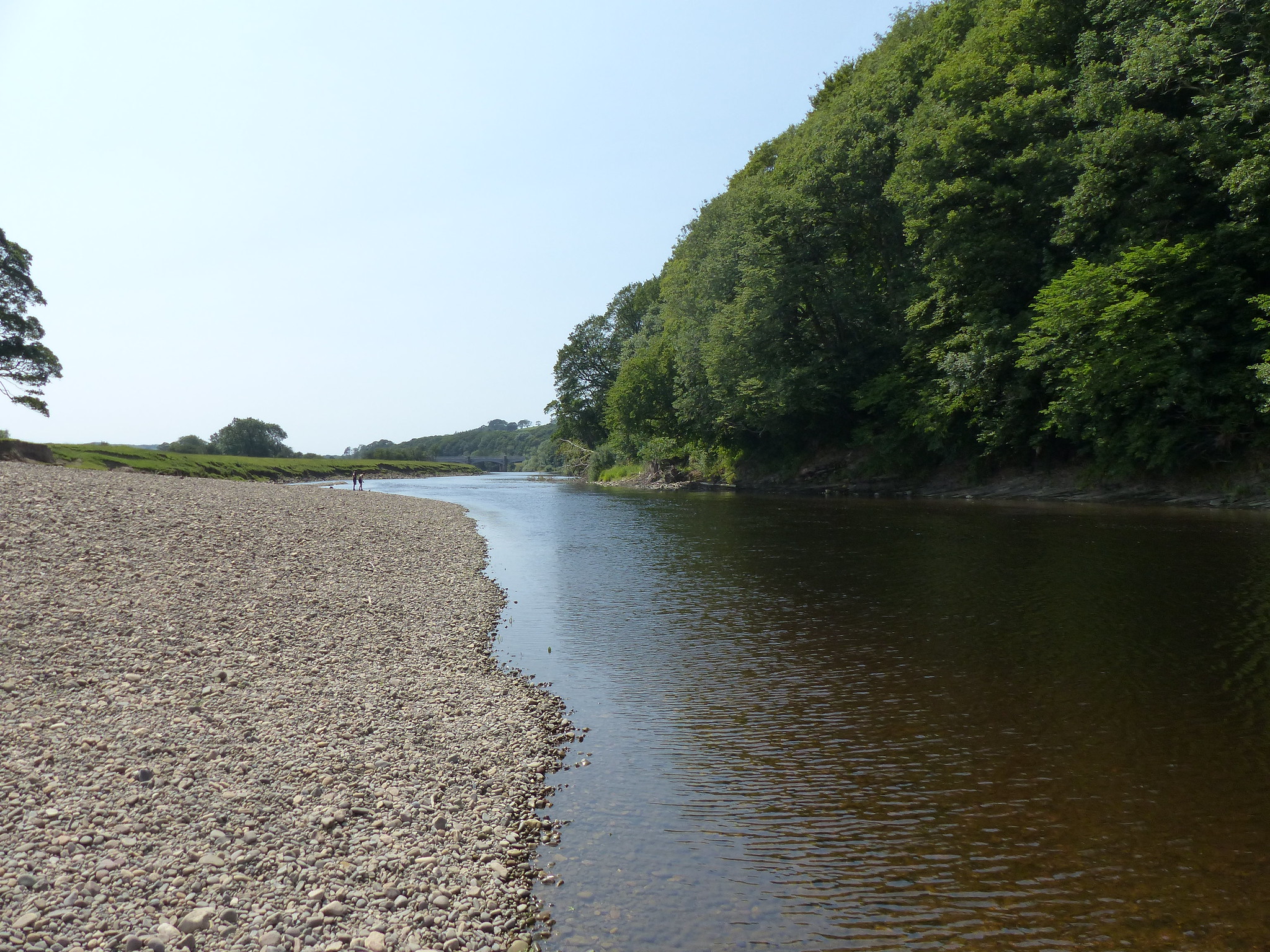 This spot, with a nice view along the valley to Ingleborough and a mile from the car park, would be a good place for a socially-distanced swim. Another time. 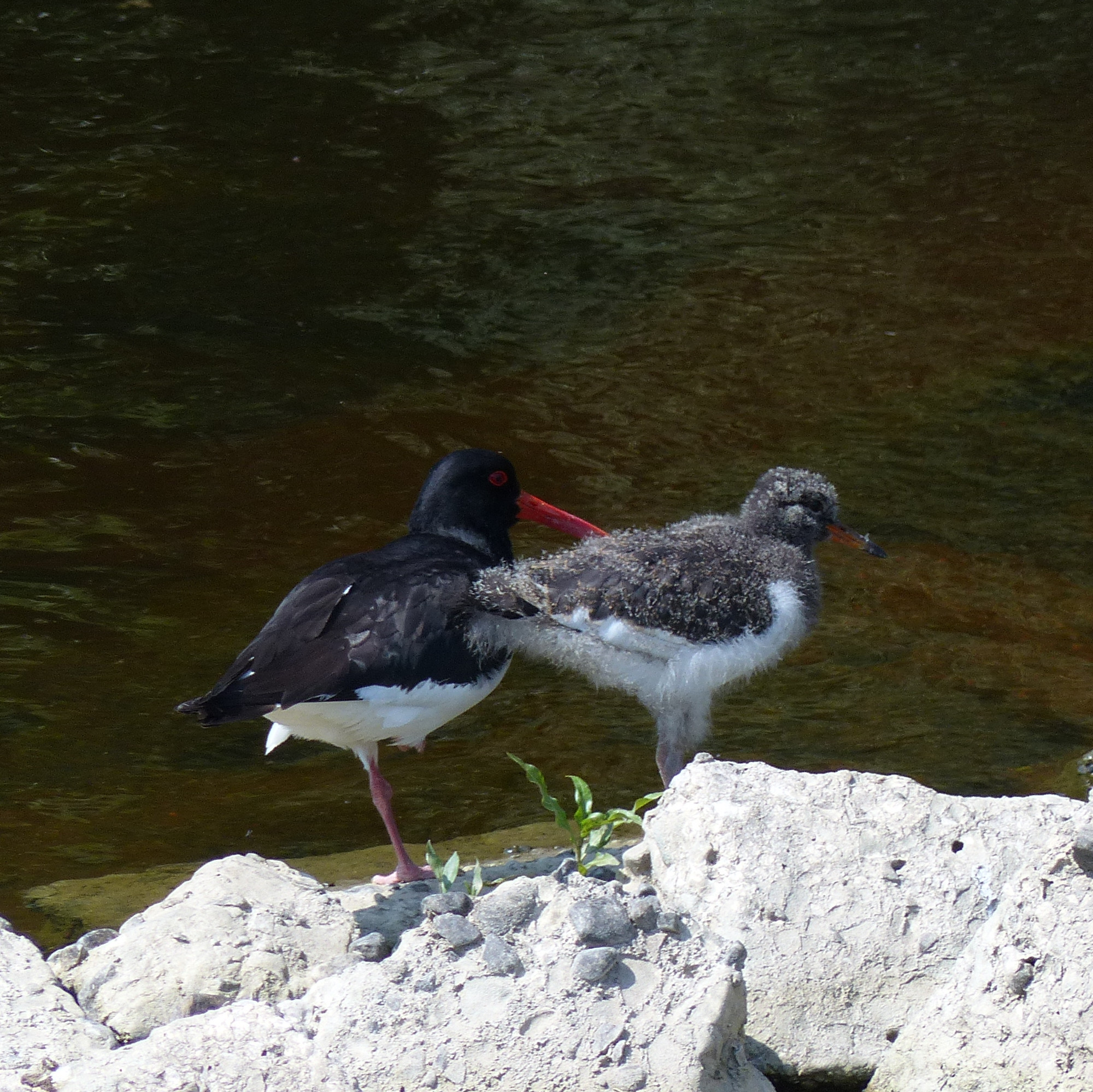 A juvenile Oystercatcher with parent. 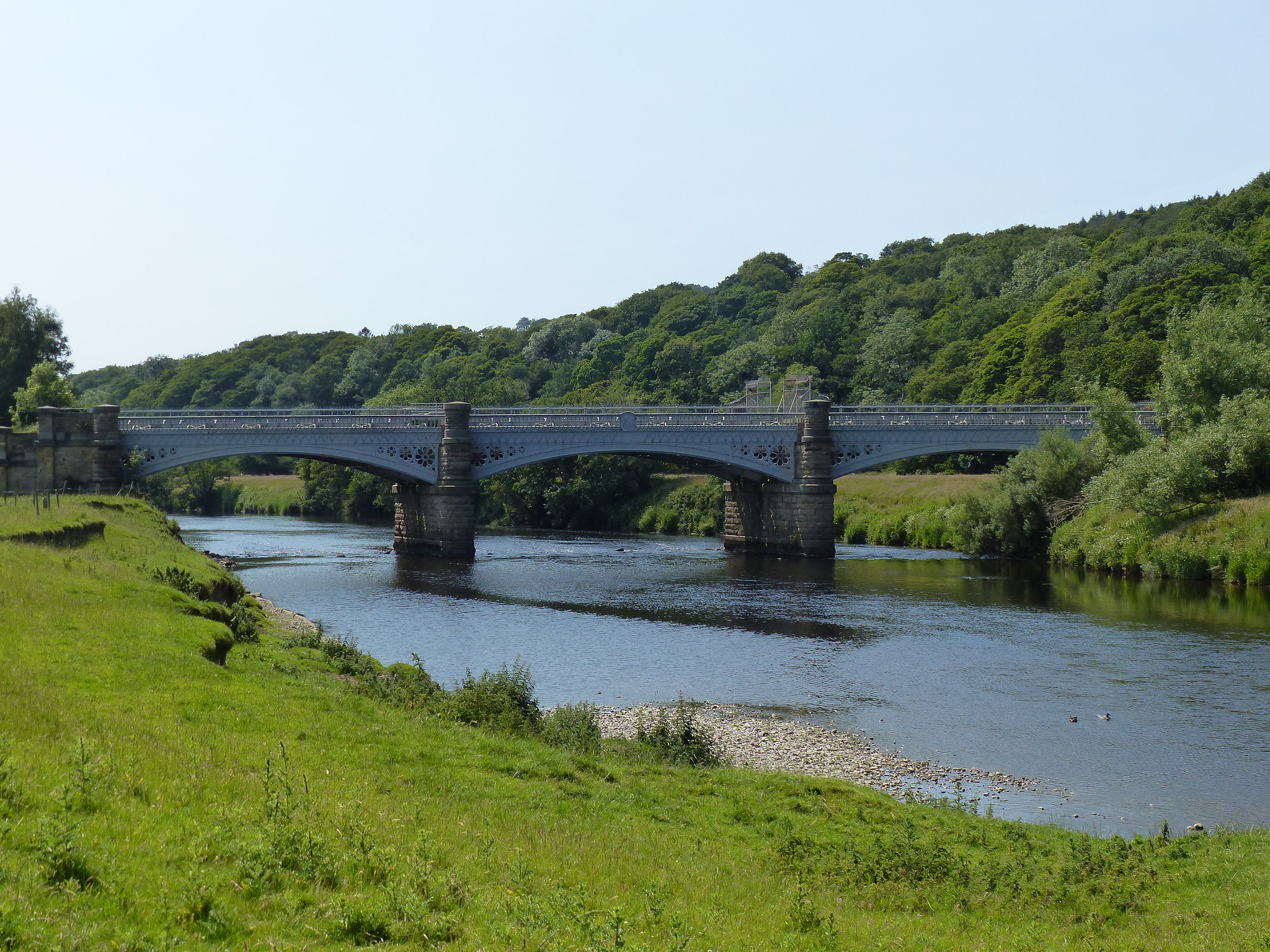 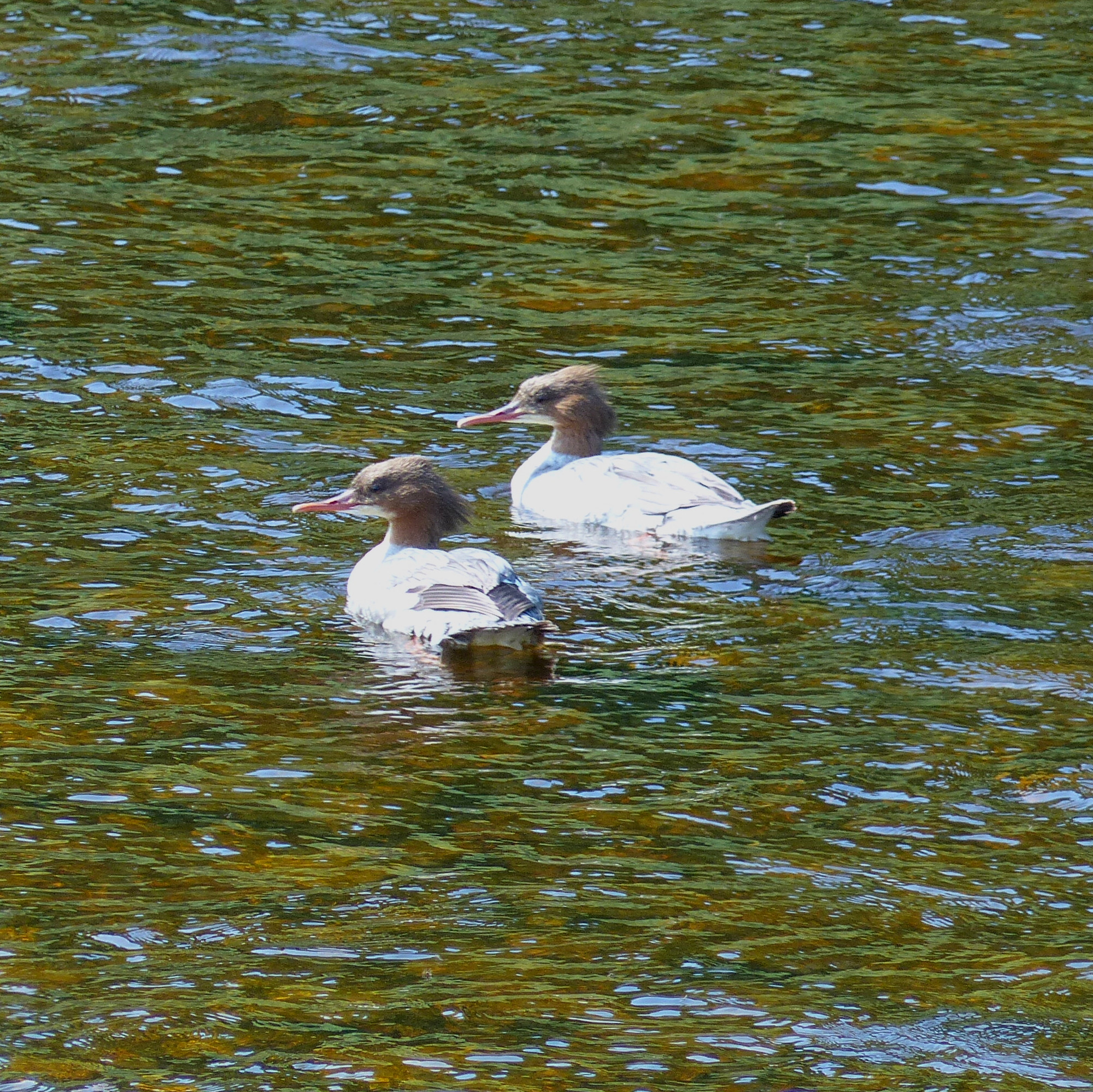 A pair of Goosanders – I think a female and a male in eclipse plumage. 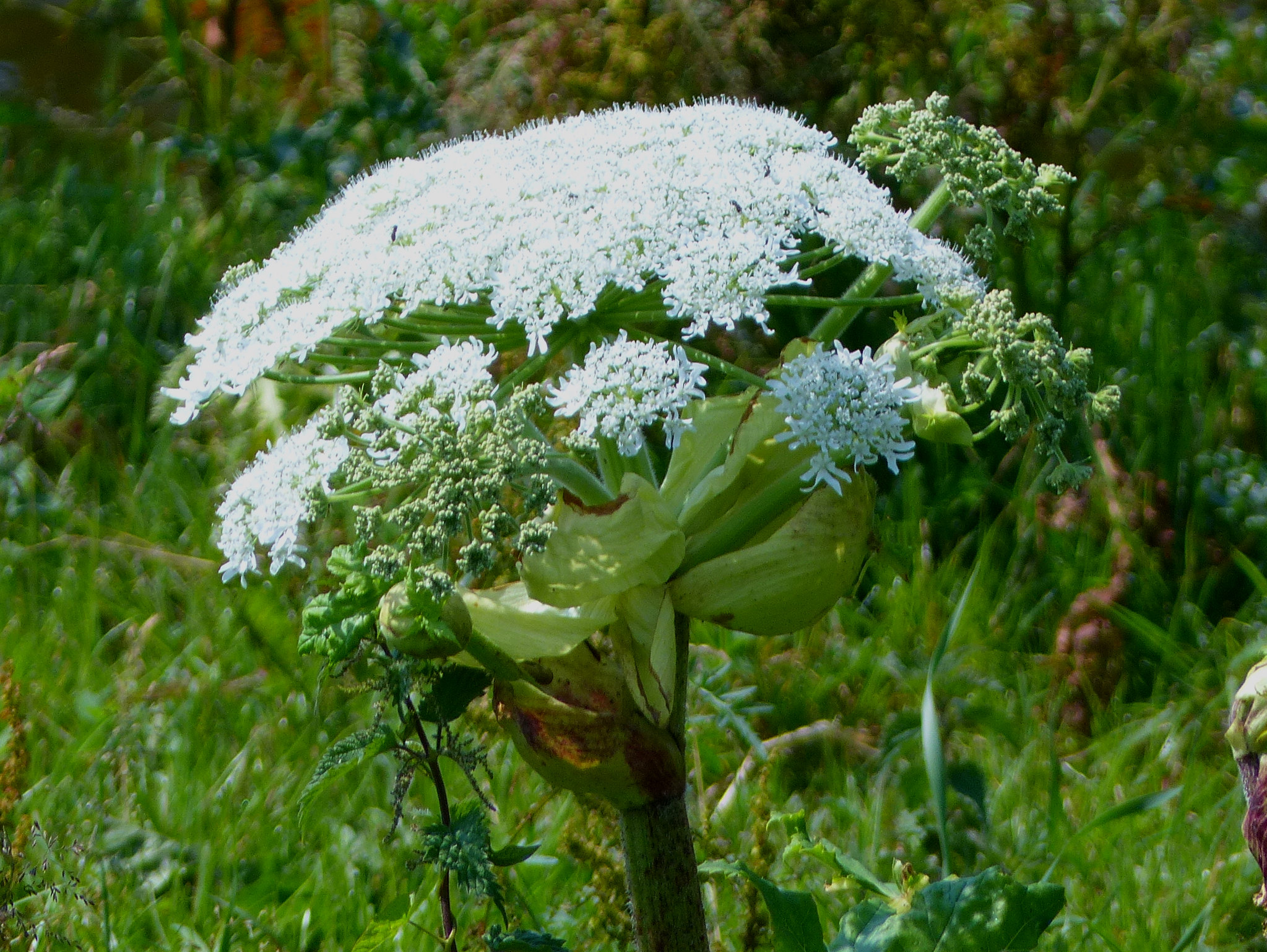 I was a bit confused by this umbellifer which had a very large flower and thick stem. 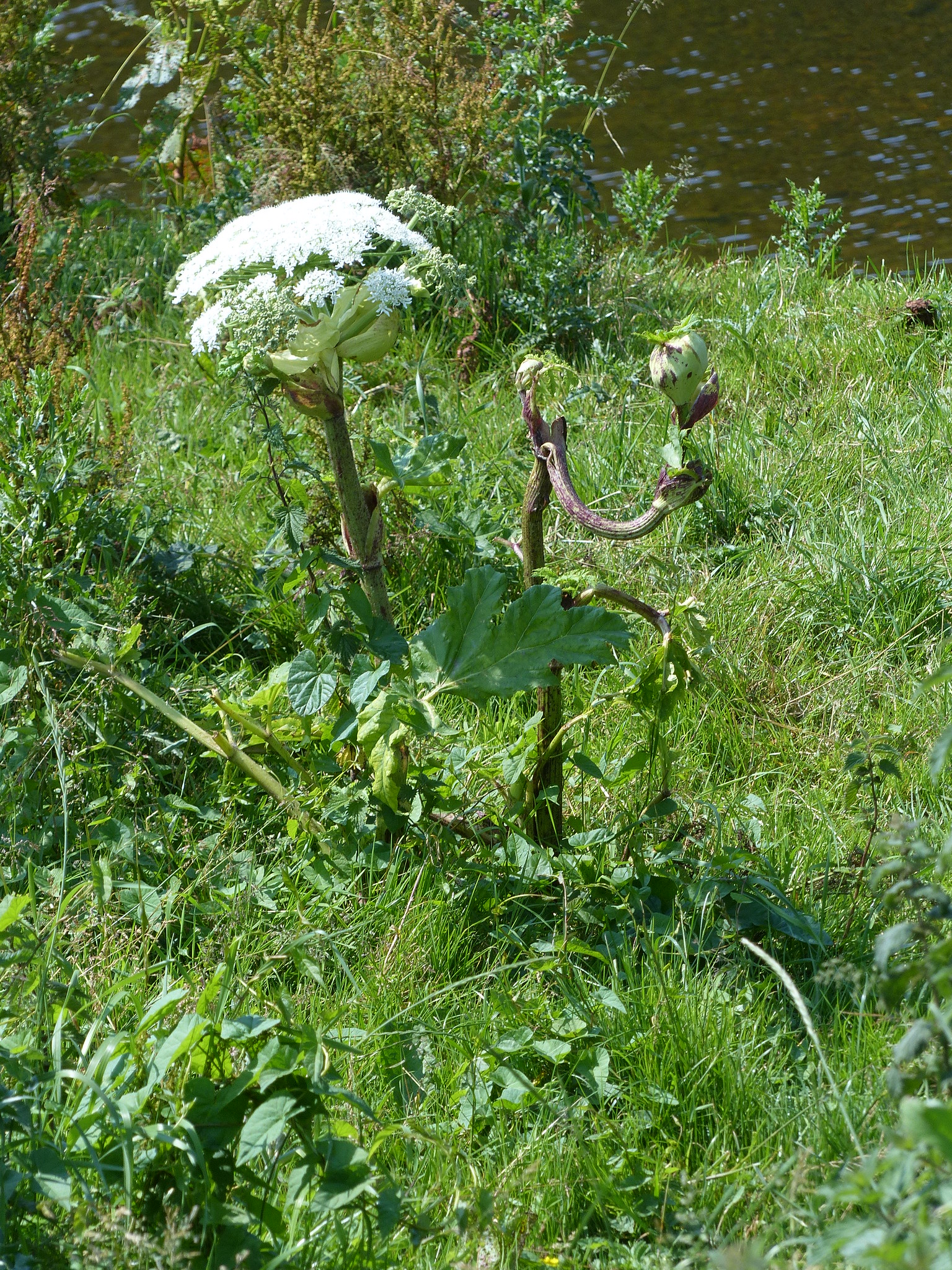 I think it must be common-or-garden Hogweed; I didn’t think the leaves were right, but apparently they are very variable in shape. 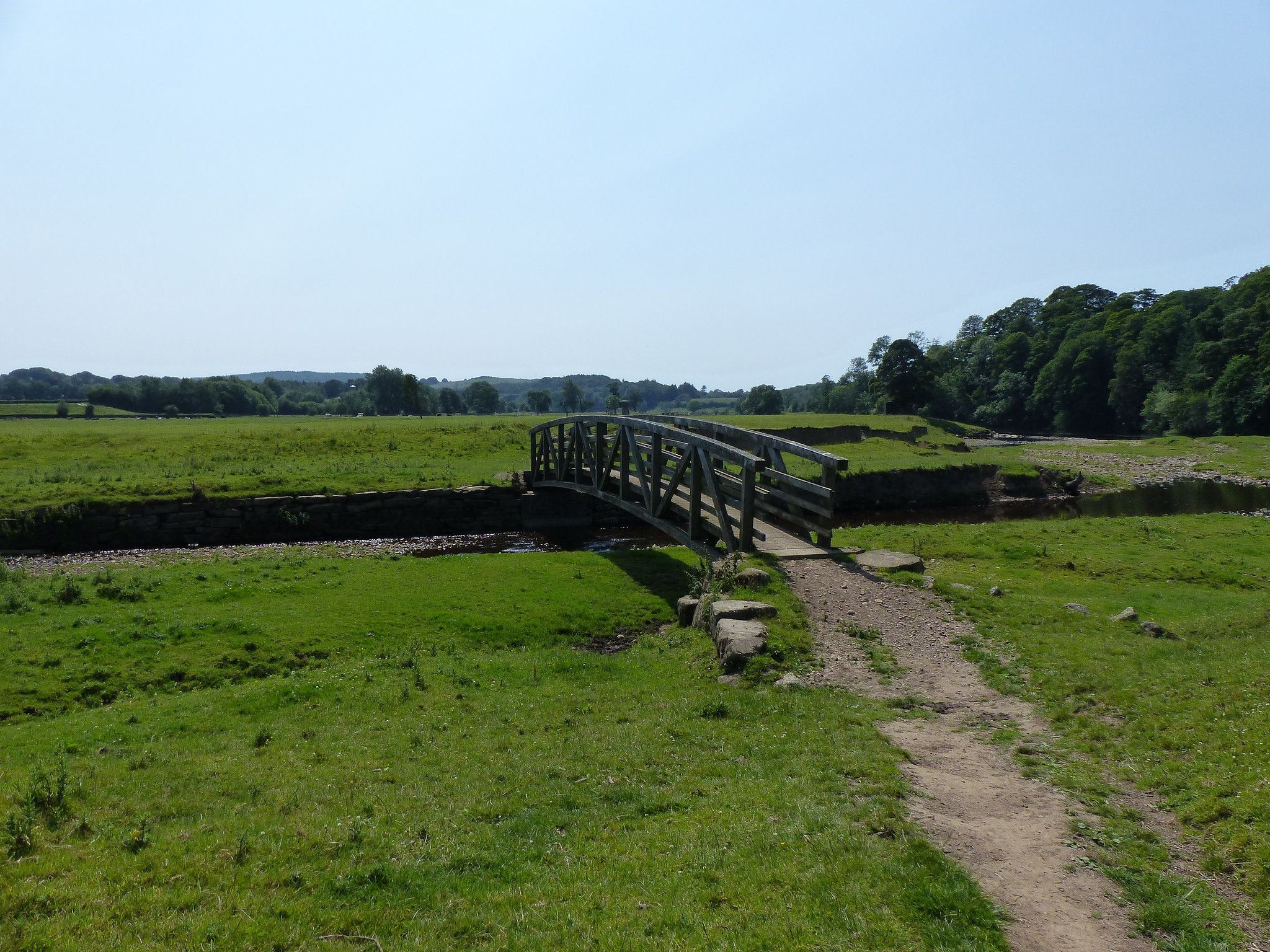 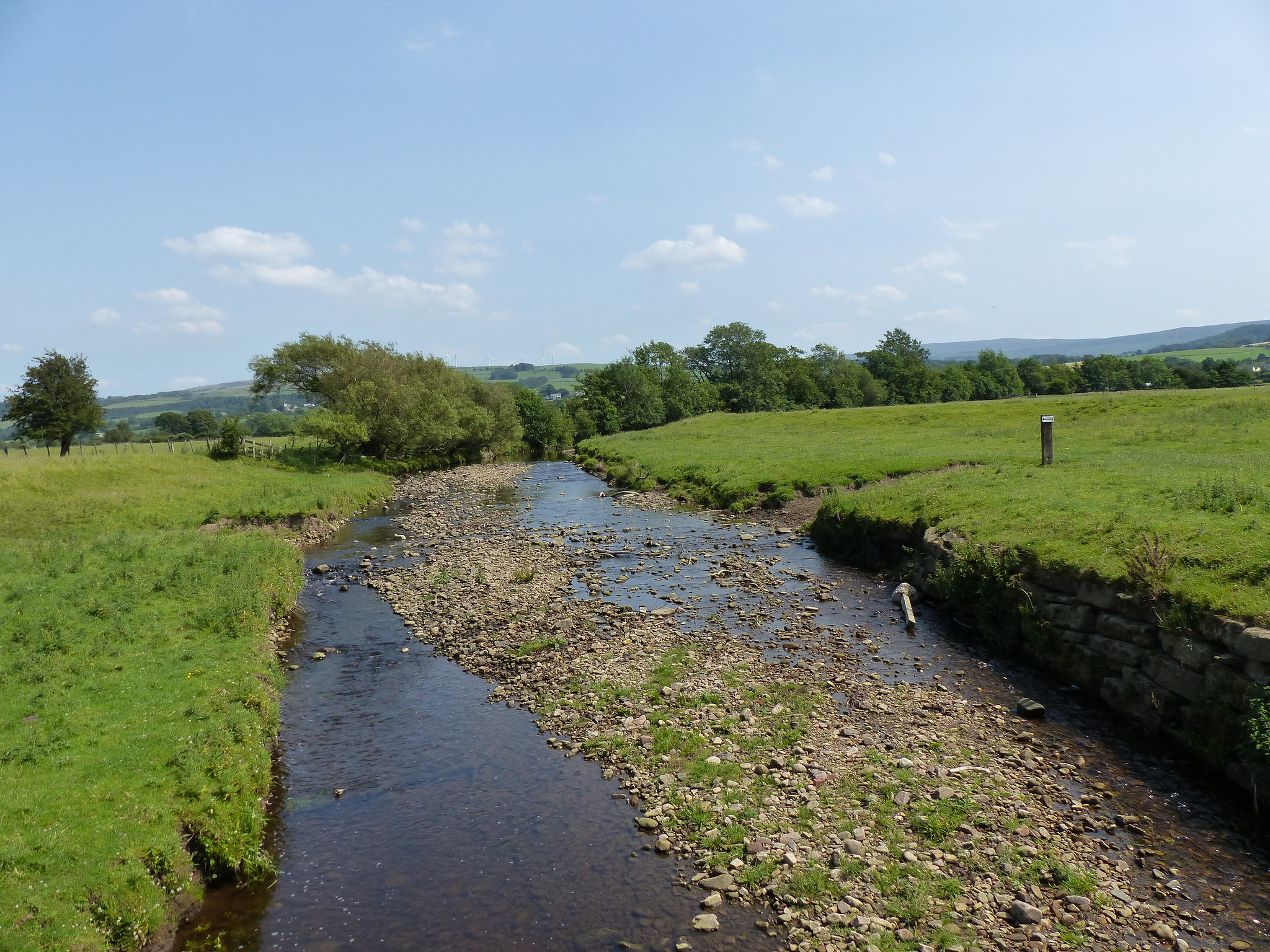 …Bull Beck, another tributary for my Lune Catchment collection. 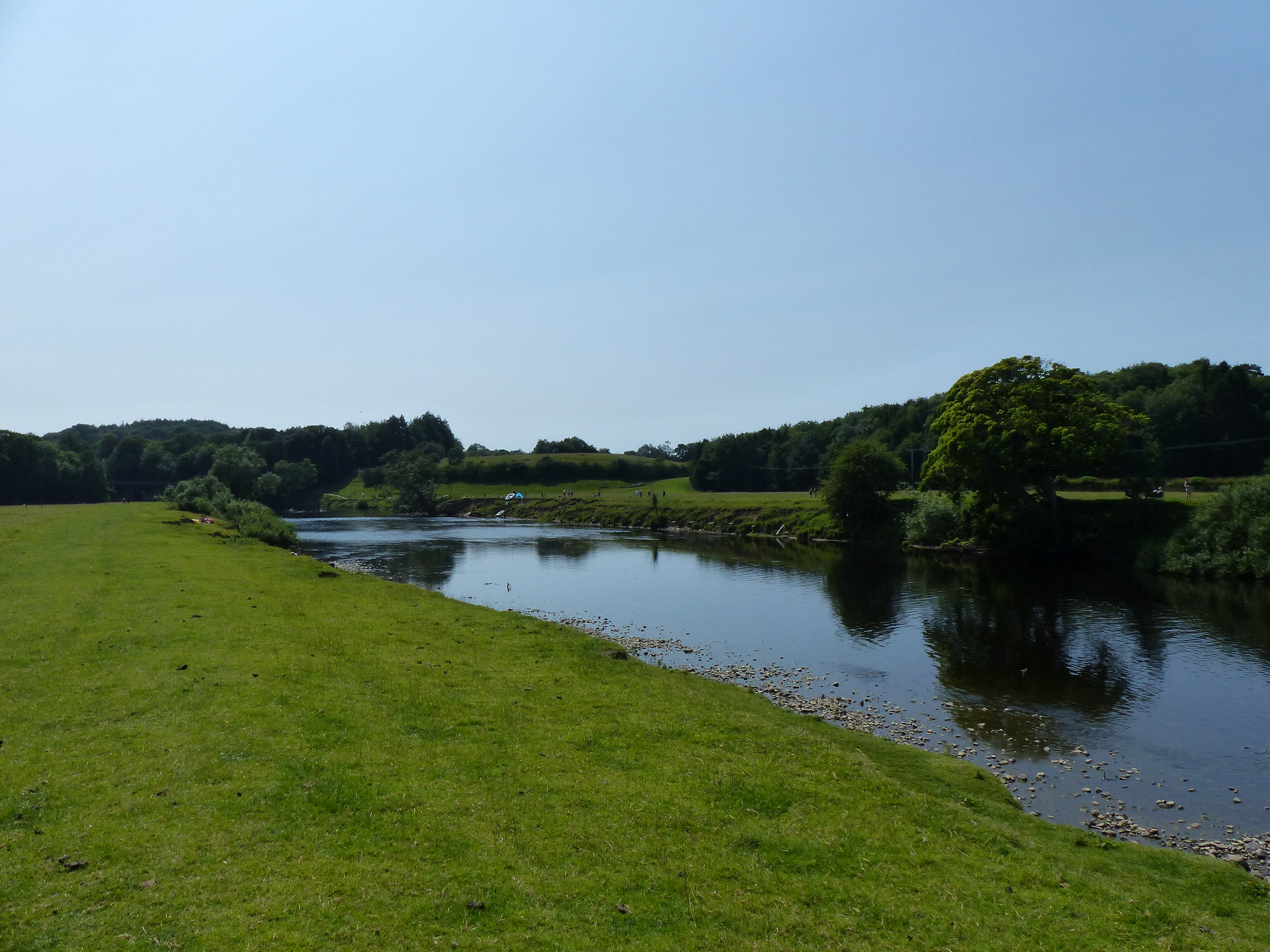 You can’t really tell from the photograph, but as I got close to Crook O’Lune both the river and its banks got very busy; plenty of people were enjoying the heat and the sunshine.

I’d faffed about finding a place to park and then dawdled taking photos on a walk which I had significantly underestimated. I was even later getting back into Lancaster to pick-up A. Fortunately, she’d found a bench to sit on in the sunshine and seemed quite sanguine about my tardiness.

Tunes, and a quiz:

Three brilliant tunes – what links them?

Advertisement
Bull Beck and The Lune. 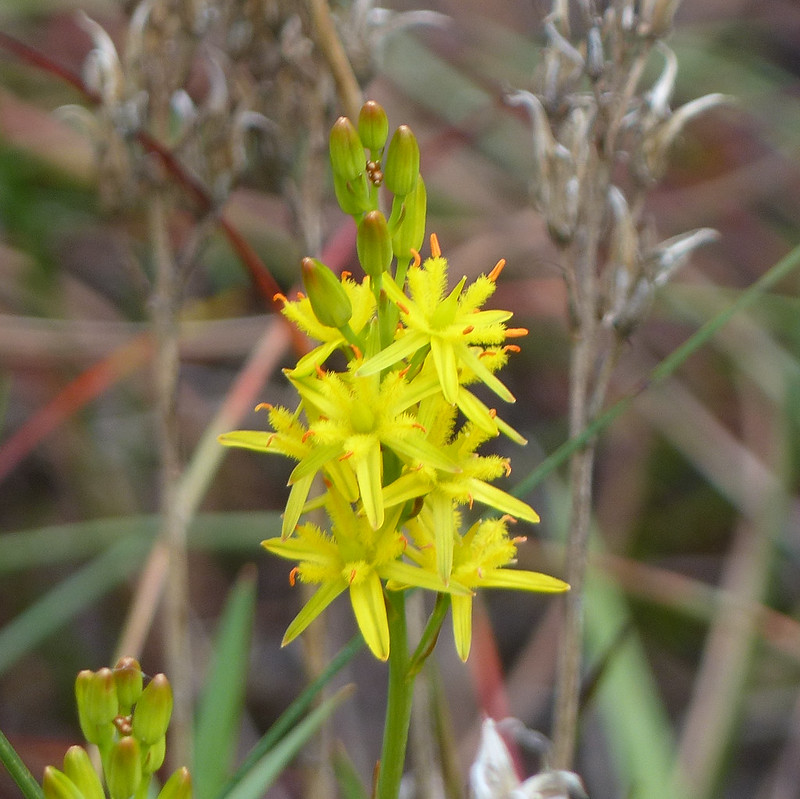 An exciting day for A, her first lesson back in school. It was literally one lesson, although lasting for a couple of hours. Given the proscription against the use of public transport, I wanted to drive her there and back, but if I’d returned home in between I wouldn’t have been home for long before I needed to set off to pick her up again. 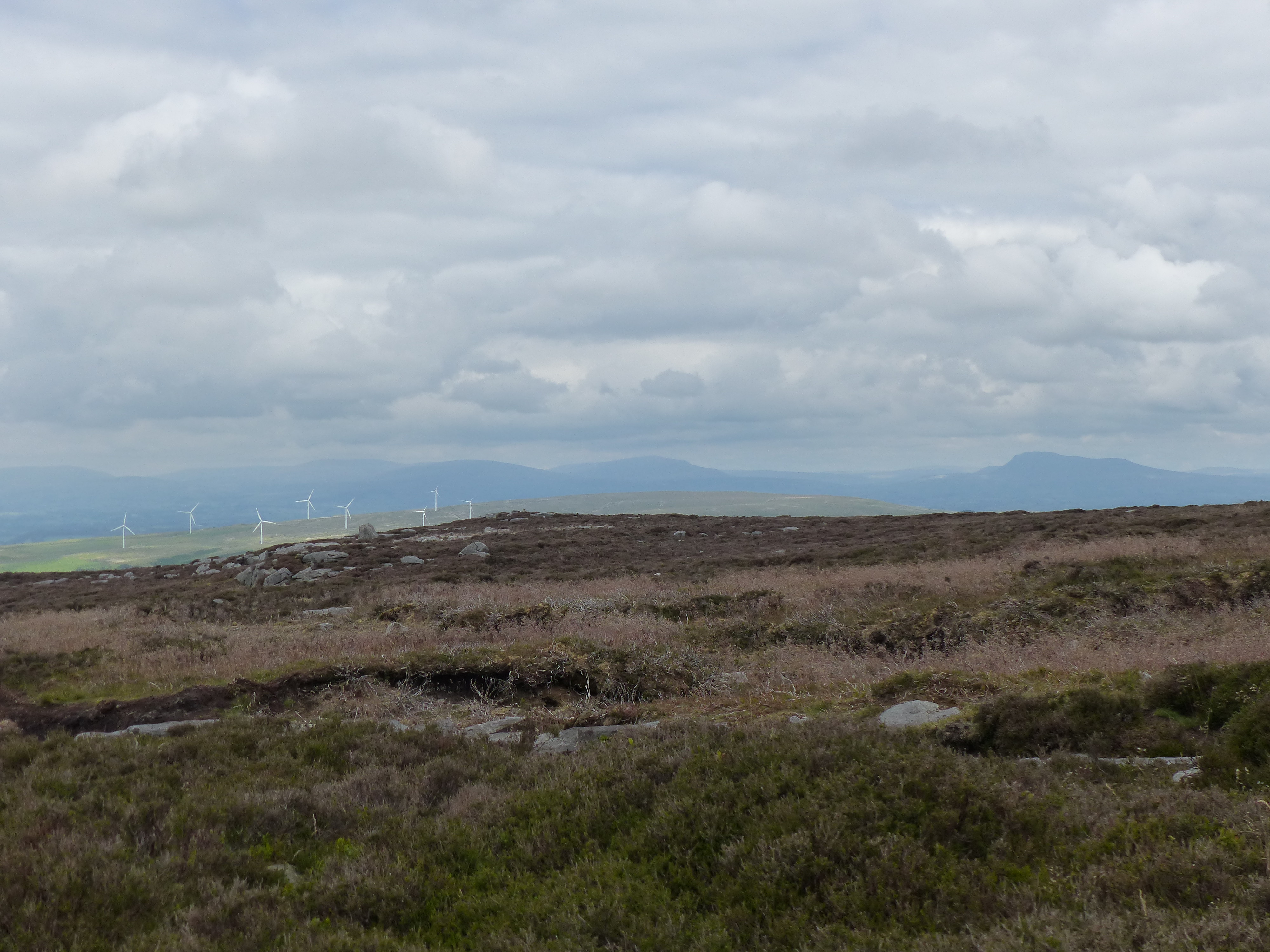 Caton Moor and Ingleborough from Clougha.

So, I decided to have an up and back wander on Clougha Pike from the Rigg Lane car park. 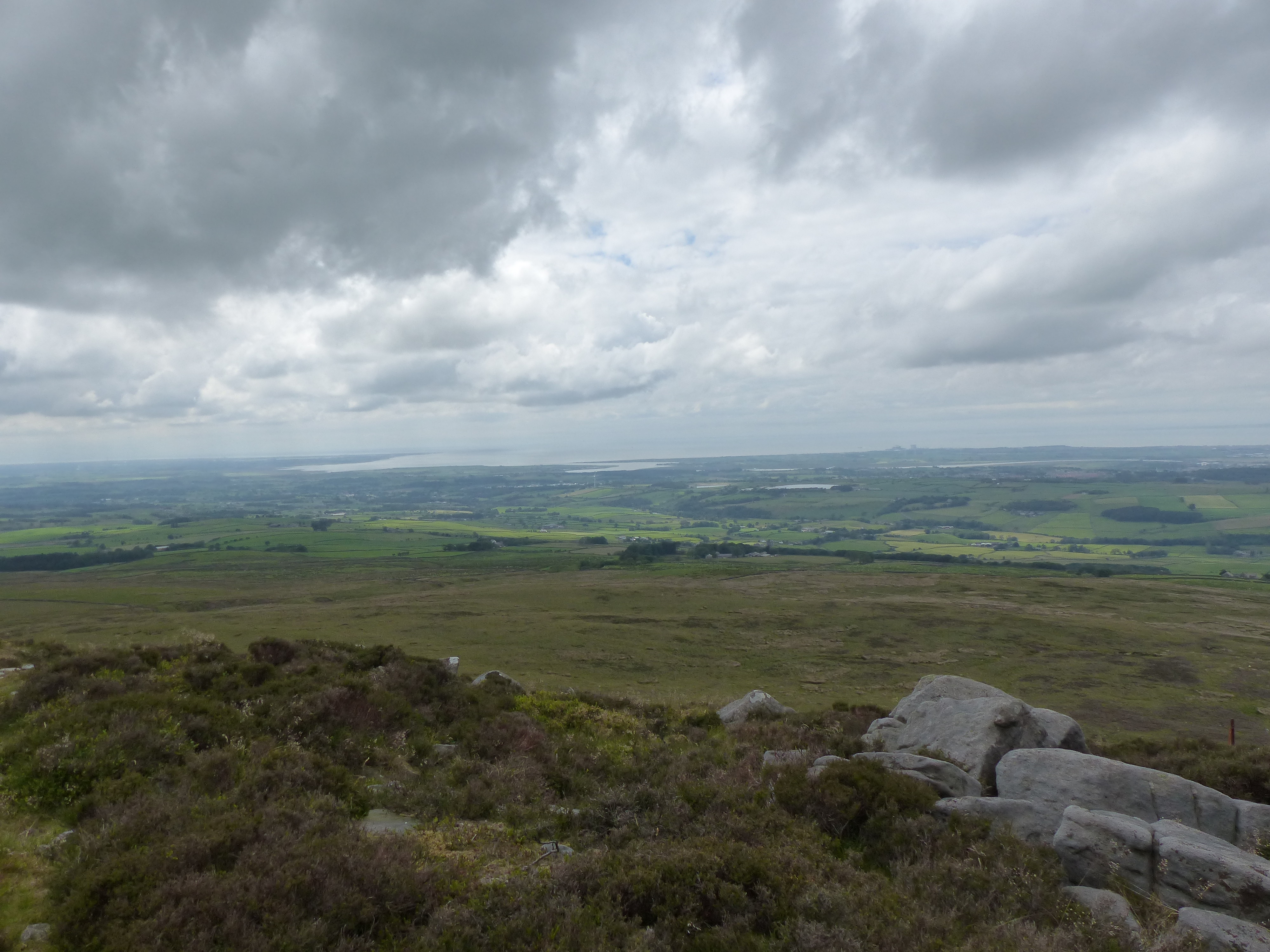 It was hot and sticky. I really didn’t expect to reach the top before the time I’d decided was my cut-off point, but I did. Once there, I even thought I had time for a brief drink-and-sandwich stop, and I was probably right, but then four old friends arrived on the summit who I hadn’t seen for a while – quite a coincidence since we were the only people up there. It seemed rude to rush off, but I kept my catching-up chatter to a minimum, much as I would have liked to have chewed the fat for a while longer. 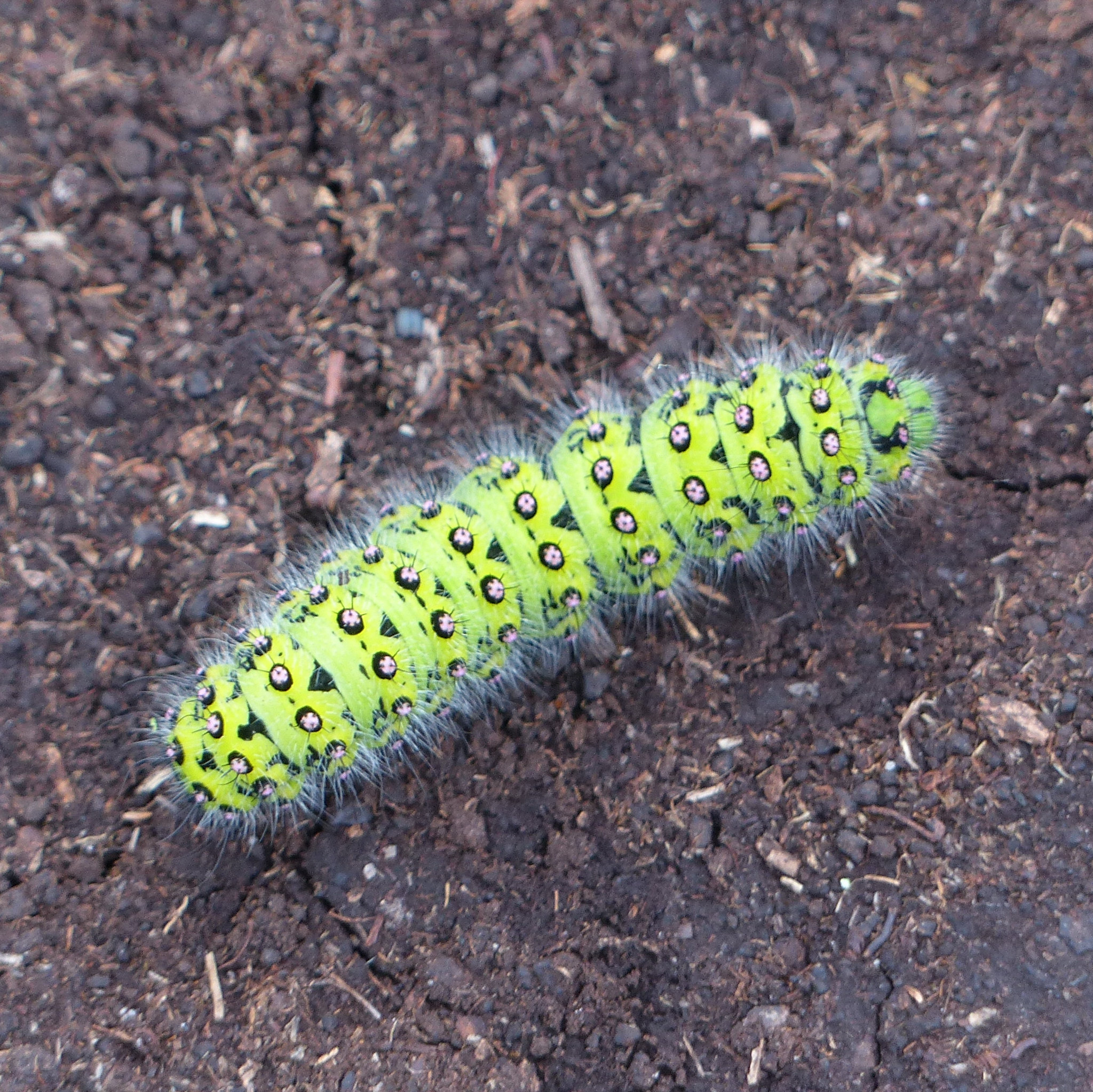 Emperor Moth caterpillar. A very striking caterpillar – the adults too look stunning, at least in the photographs I’ve seen. Maybe an early evening ascent of Clougha is called for at the appropriate time of year. 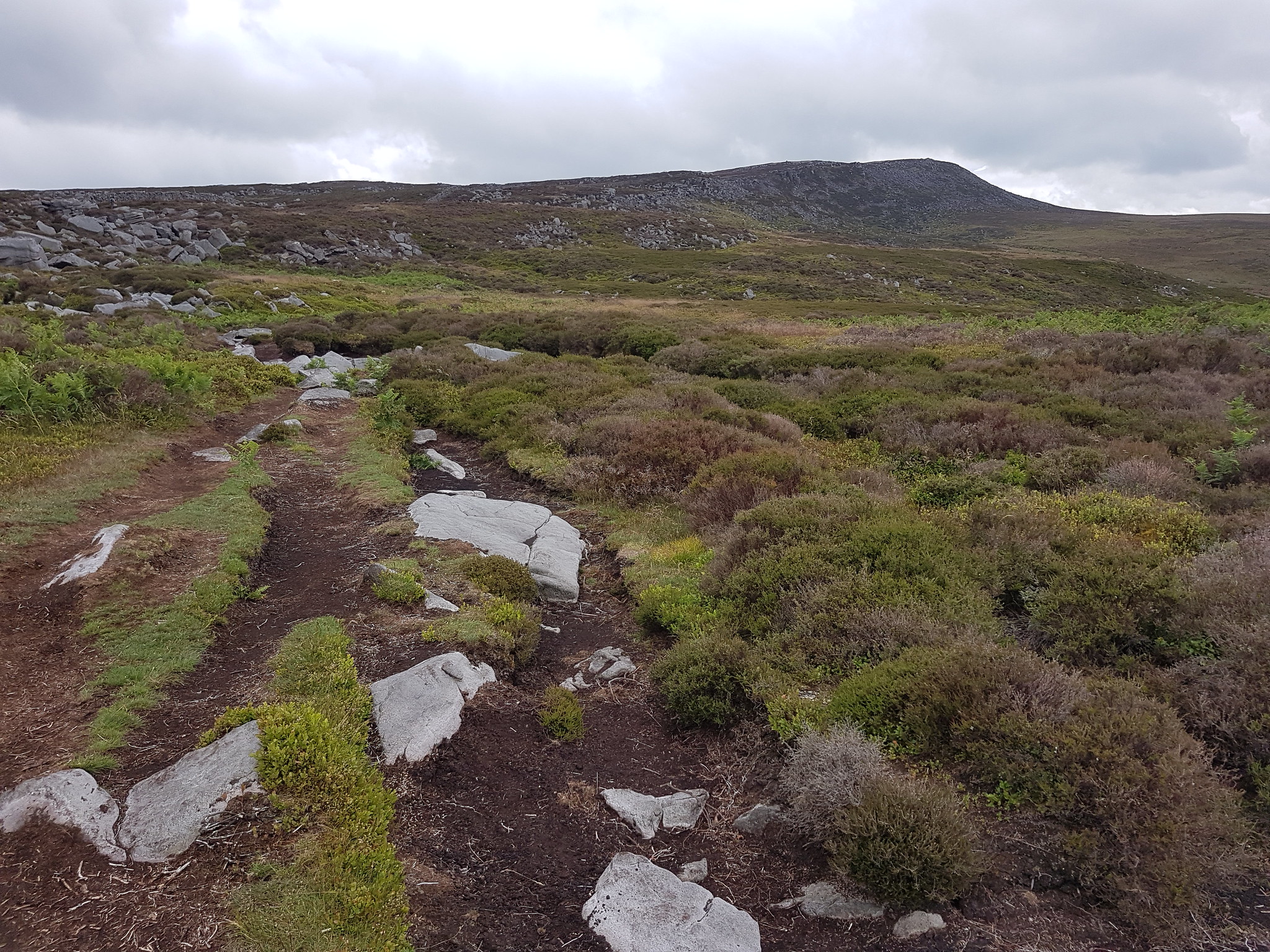 Looking back up to the edge. 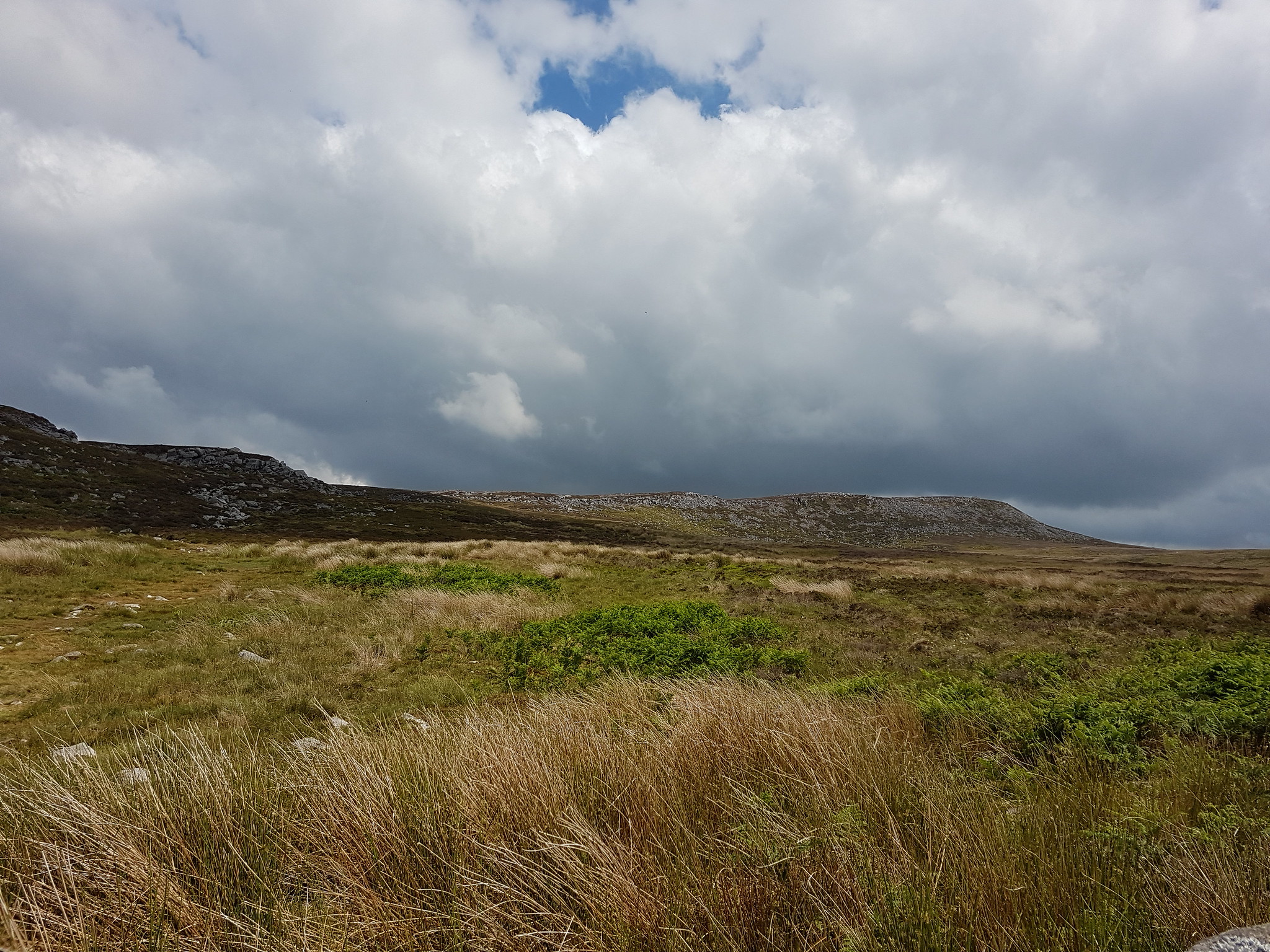 I was a little late picking-up A, but I think she forgave me. She certainly wasn’t surprised! 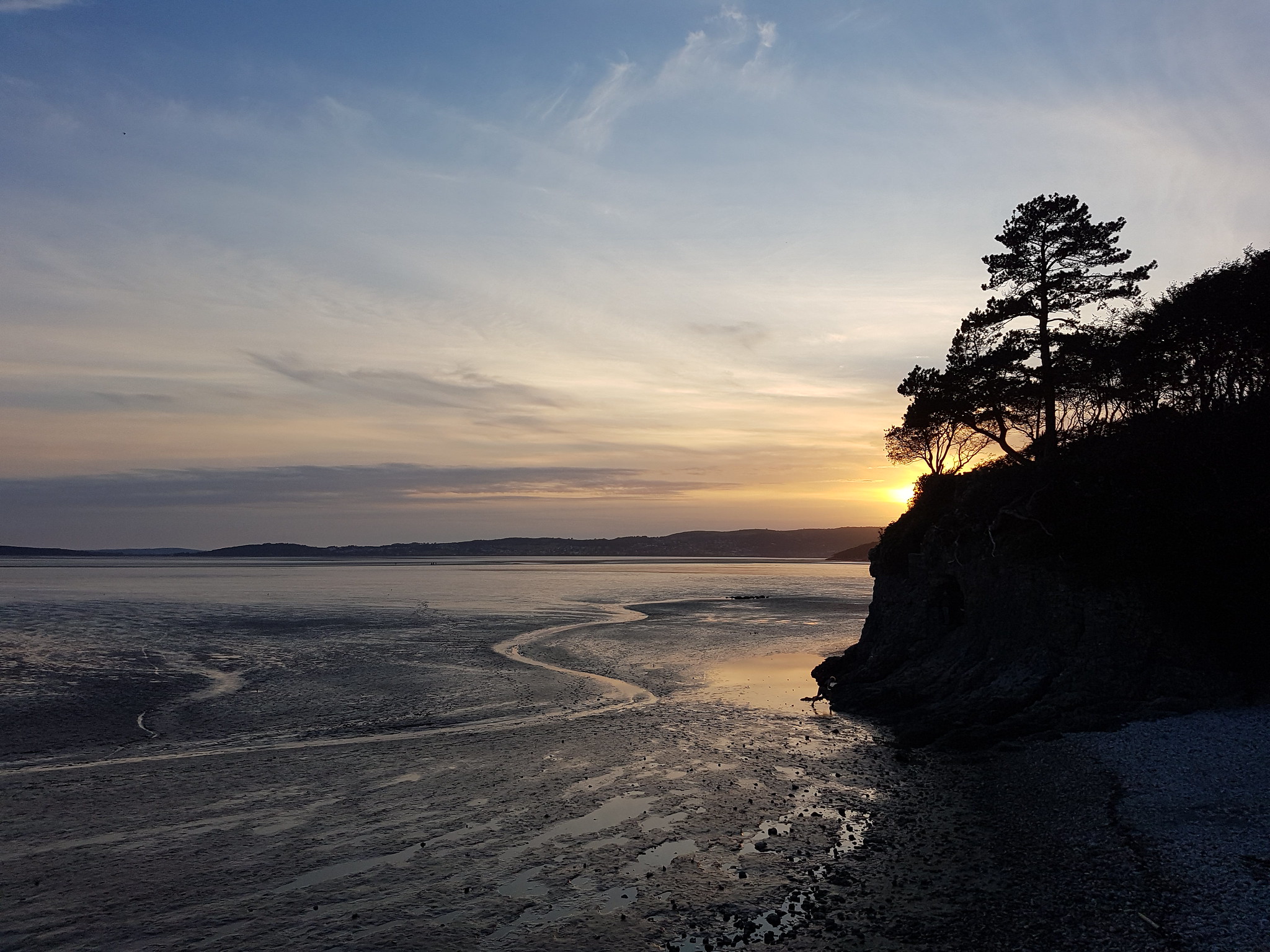 Later, at the Cove for the sunset.

Clougha Pike with a Wriggle On.