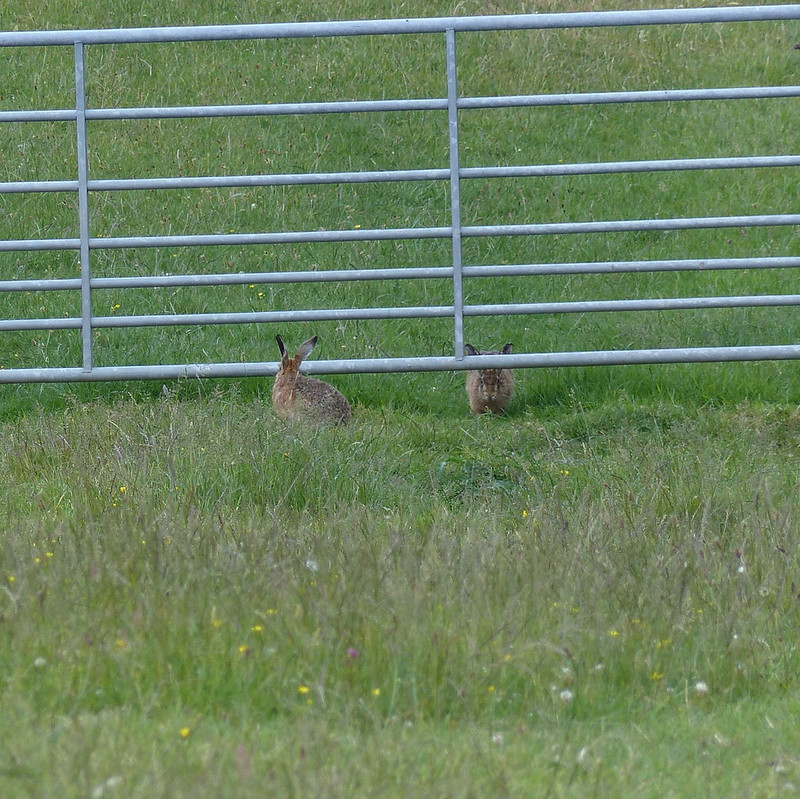 During my post-work summer evening walks, especially in the Lune valley and the Bowland hills, I often see hares. Usually, however, they are so well hidden in their forms that I only spot them as they shoot off and am way too slow to get any photographs, my walk from Hornby last summer being the one exception. On my walks around home, though, a sight of a hare is much more of a rarity. I know that they are present, because I once spotted a pair, briefly, in Eaves Wood and also a lone hare in a field by The Row, when we lived over there, but both of those sightings were a long while ago.

Which perhaps explains why, when I saw this pair in a field by Hollins Farm, calmly stooping under a gate, I tried to convince myself that they were some sort of large, escaped domestic rabbits. I should have known better: their size, their long black-tipped ears, their long legs, their colour, their movement and speed, their black and white tails – all mark them out as hares and not rabbits. 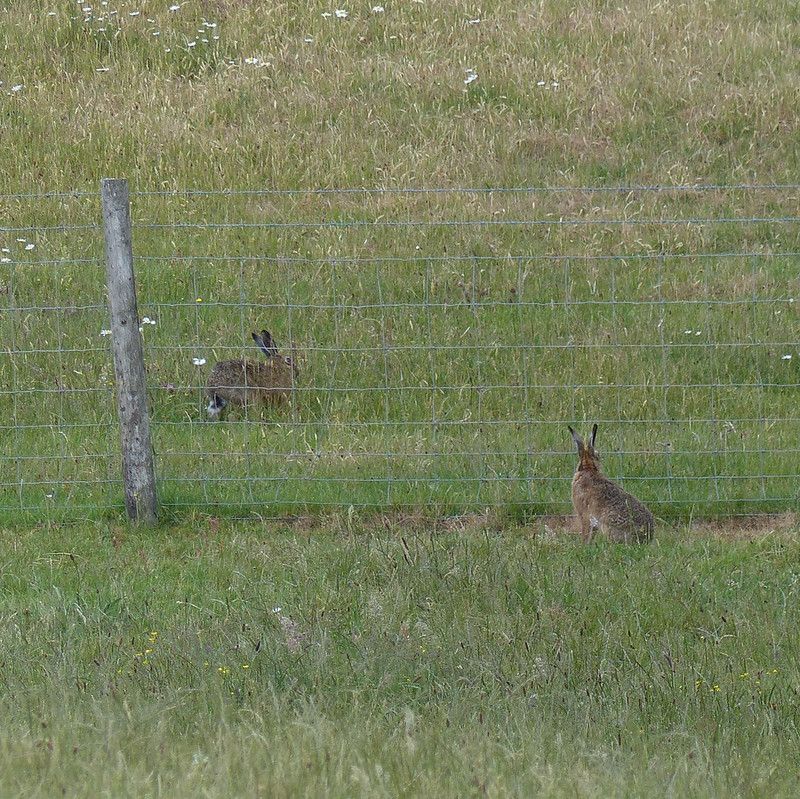 During the mating season a female hare will apparently lead a male on a very lengthy chase before she deems him a fit partner. Here, she ducked back under the gate and then walked along the edge of the field with the gullible male following on the wrong side of the field. Halfway across the field, she, rather gleefully I thought, cut across the field, leaving the duped male sitting forlornly by the fence watching. 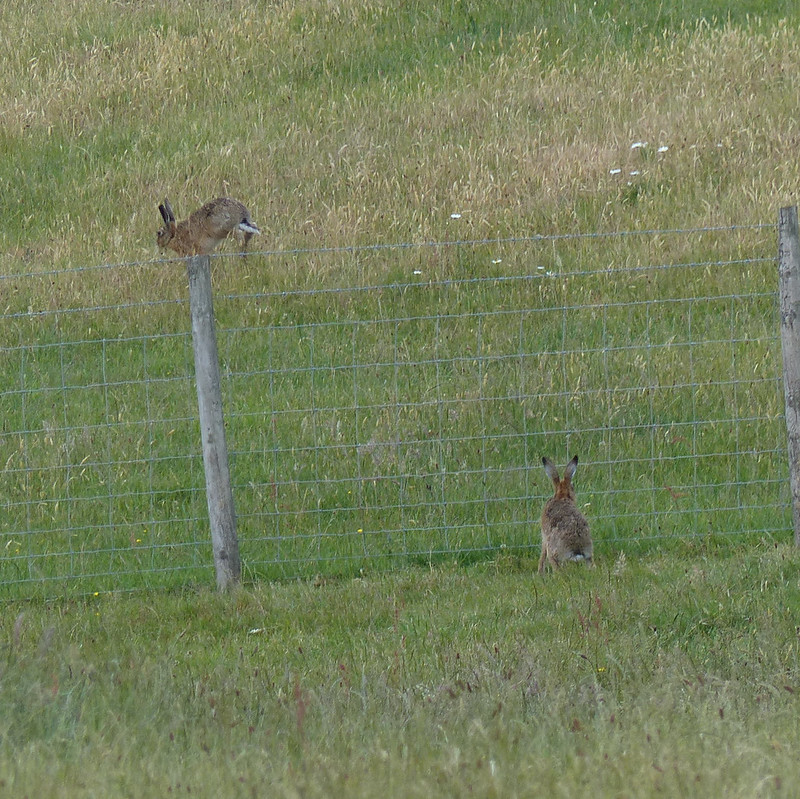 Shortly, a second male appeared and began to race after the female. Hares can apparently manage 45mph and their velocity around the field was certainly something to behold. 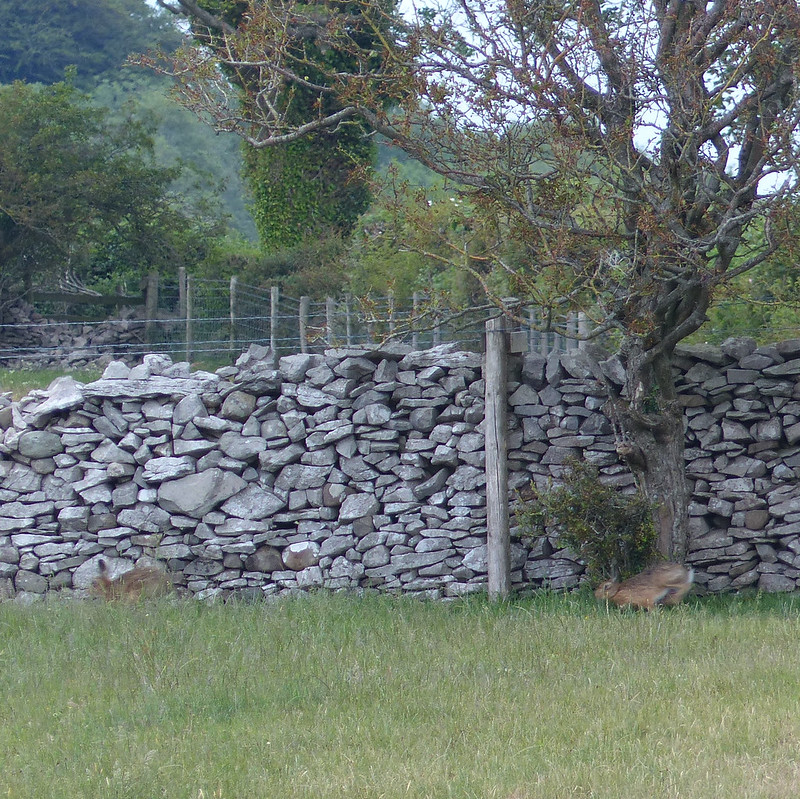 Meanwhile, the first male had worked out that he needed to retrace his steps and was crossing the field in pursuit of the other two. 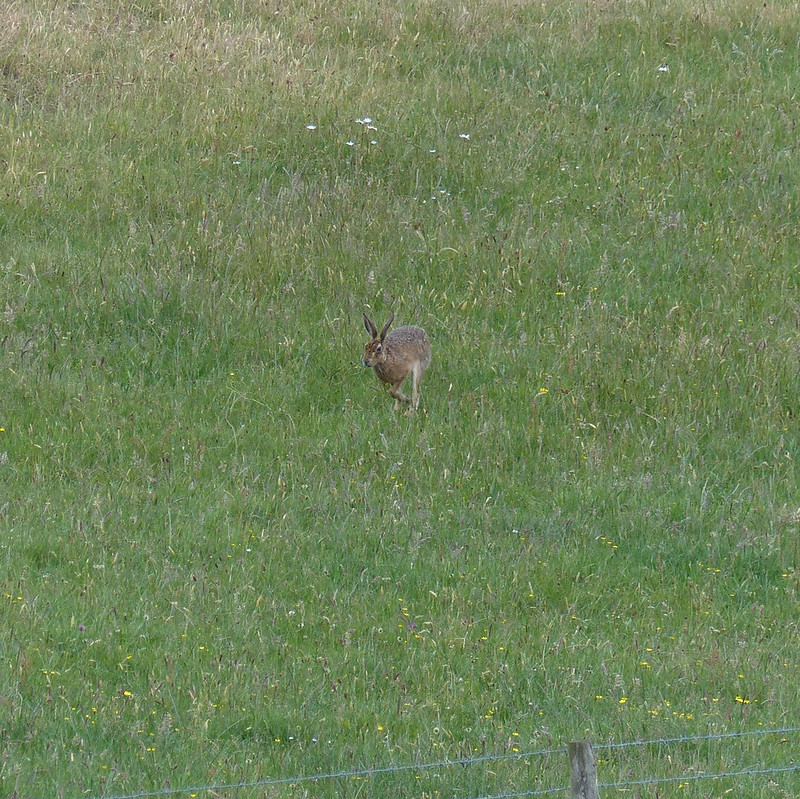 Of course, my interpretation of the events may be wide of the mark, but this little local drama certainly enlivened a fairly dull, overcast day. 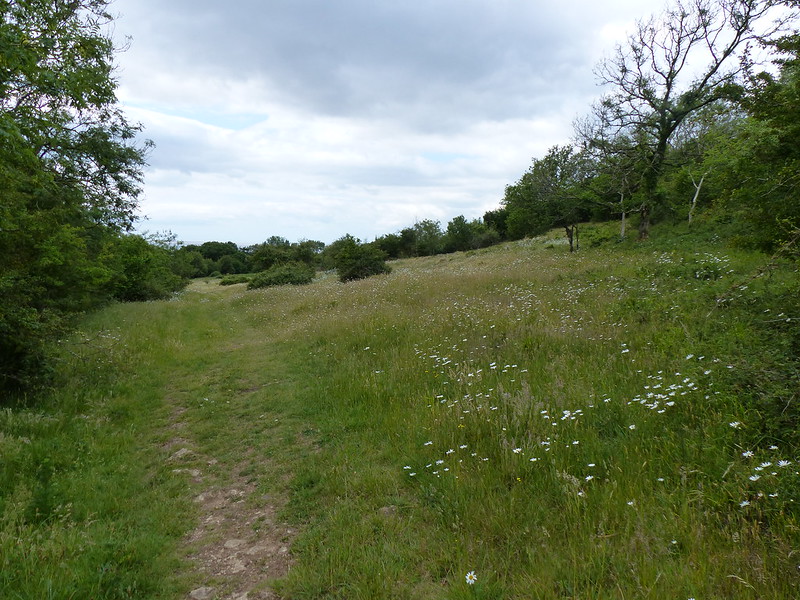 I was wandering around Heathwaite on my way up Arnside Knott. There were lots of butterflies about, mostly, but not exclusively, Meadow Browns. Lots of other insects too. 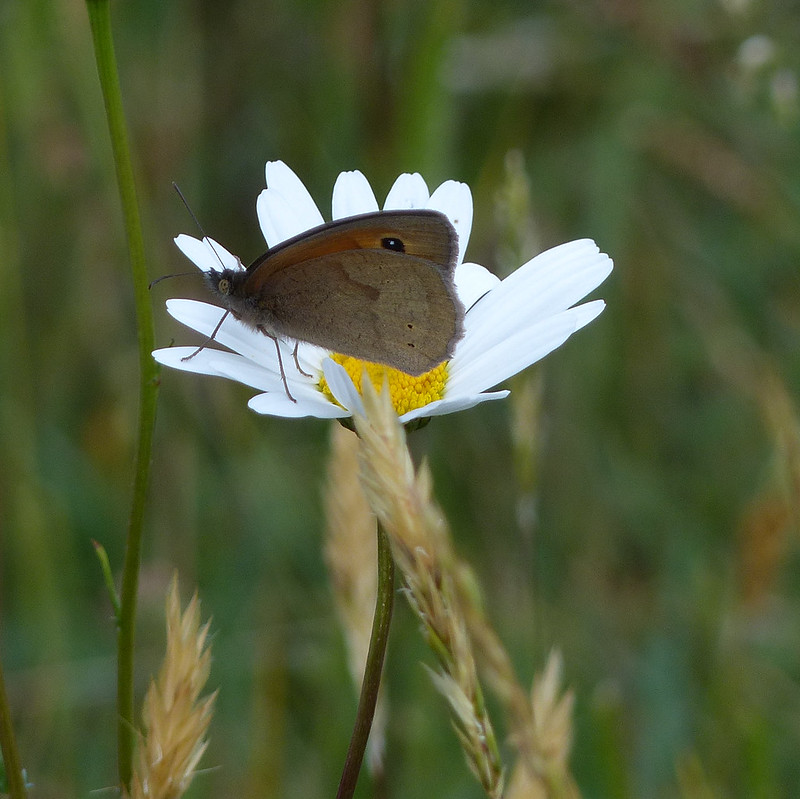 Although the light wasn’t great, I was very happy taking photos, both of the insects and of  the flowers which I’ve learned from Peter Marren are collectively called ‘yellow composites’ – dandelion like flowers in seemingly endless subtle varieties: hawkweeds, hawkbits, hawk’s-beards and  cat’s-ears. I was noticing how, on closer inspection, there were actually obvious differences between the flowers, although I’m still not sure that I could link those differences to pictures in a flower-key and actually manage to identify any of the awkward so-and-sos. 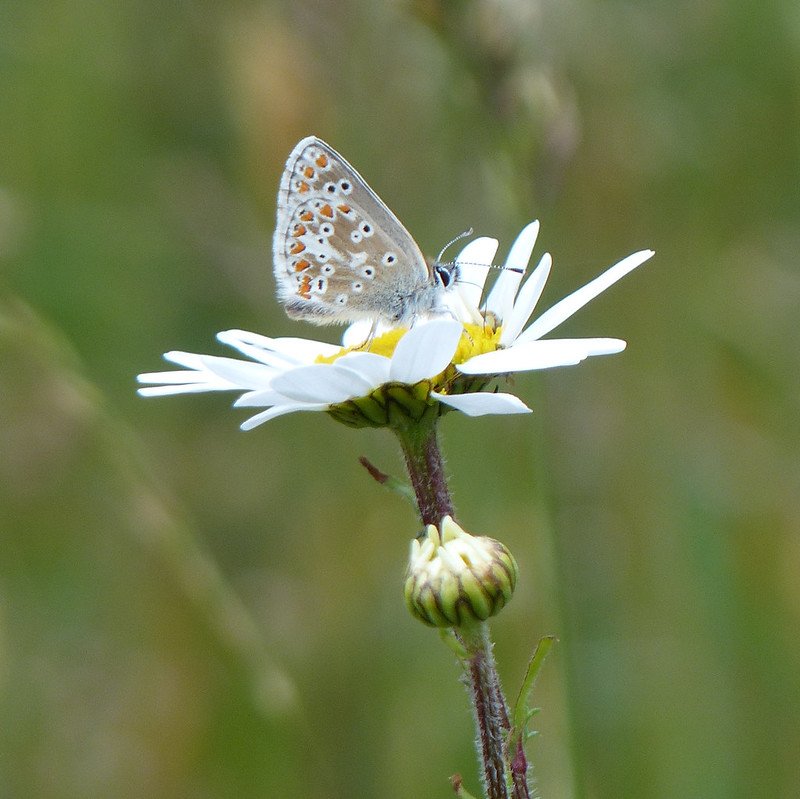 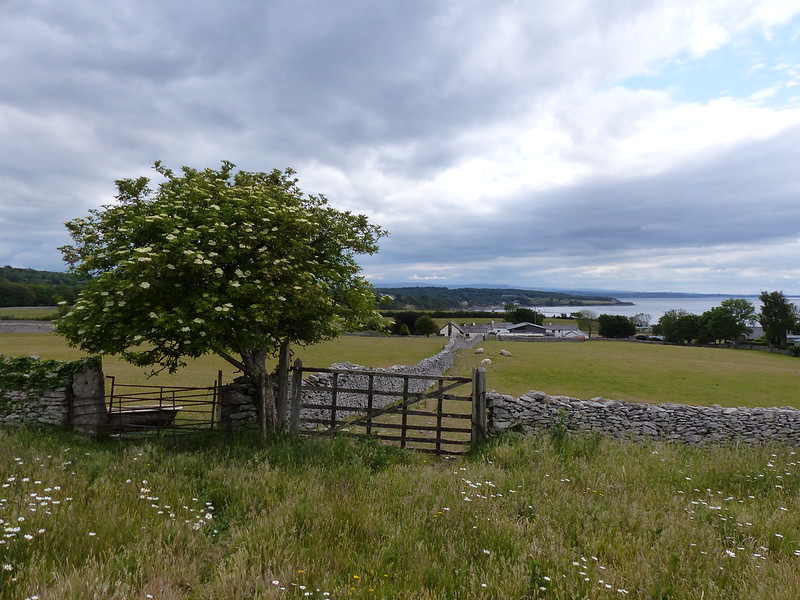 I was quite taken with this view along the coast, which I usually photograph from much higher up the hillside. It may have been the presence of an elder in flower in the foreground which inspired my appreciation. 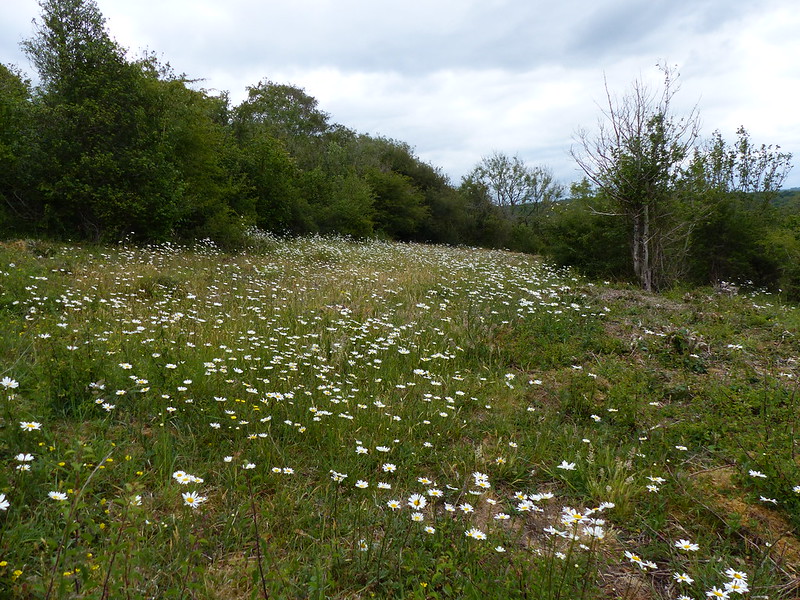 I’d hoped to find Northern Marsh Orchid and Fragrant Orchid in flower, I’ve certainly seen them here before, but no sign. The profusion of Oxeye daisies was some compensation. 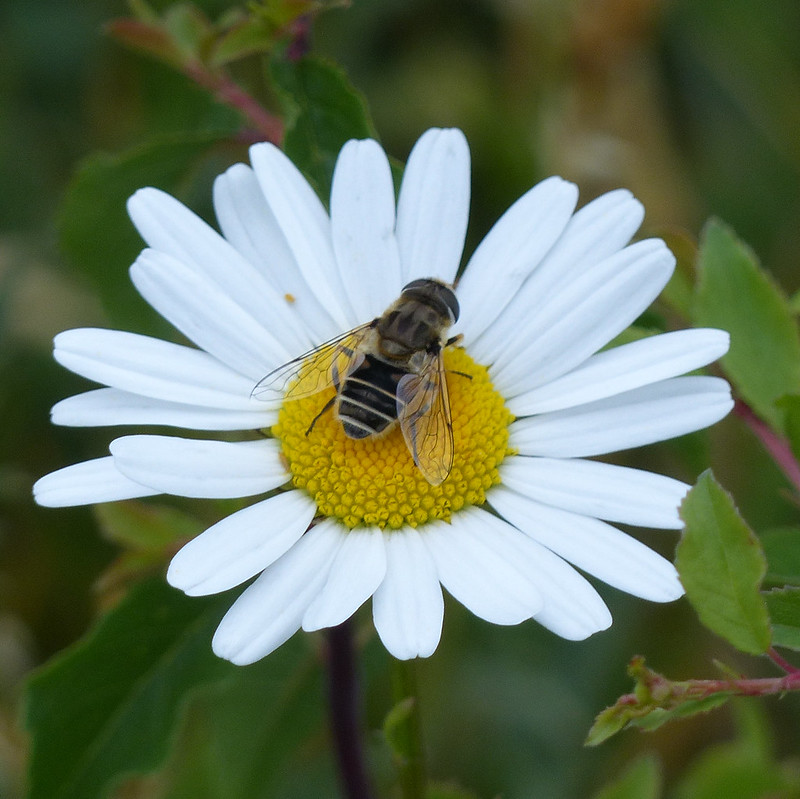 A hoverfly doing a passable impersonation of a honeybee, possibly a Drone Fly. 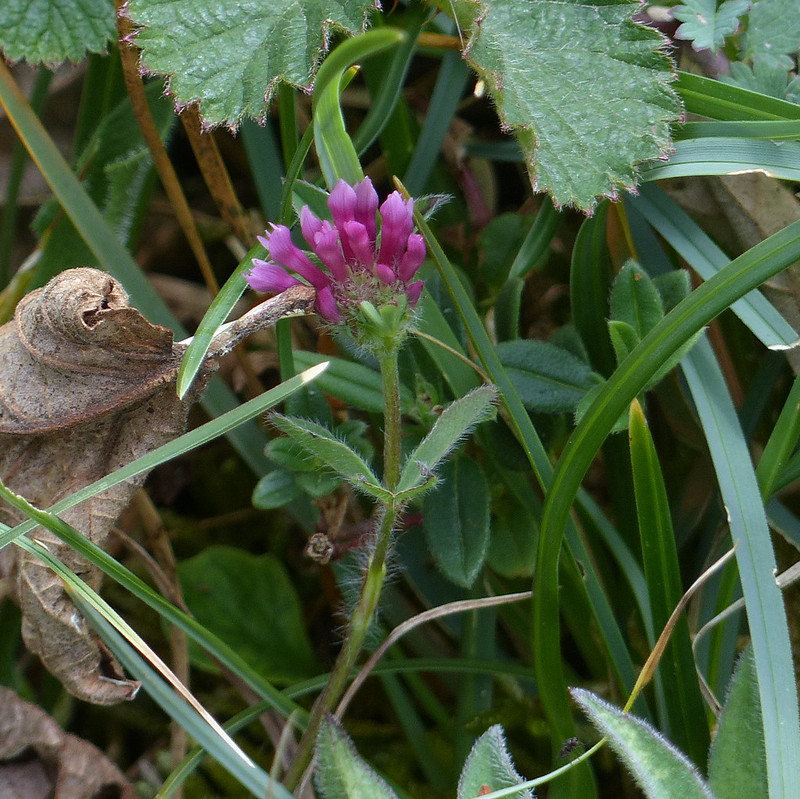 This little pink flower has me stumped. It looks a little like Betony or Self-heal, but isn’t either of those two. 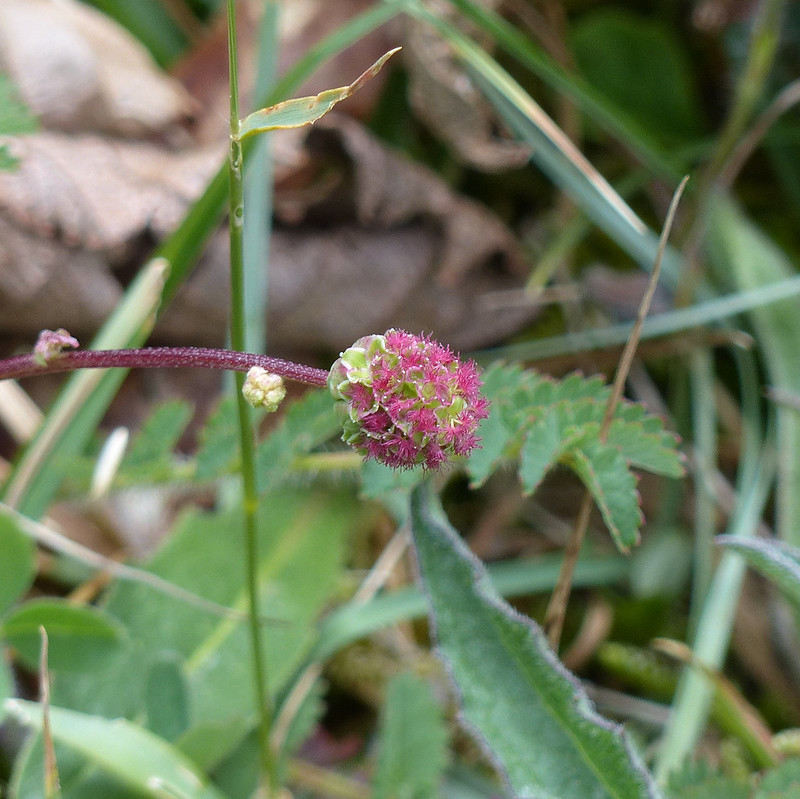 The tiny flower of Salad Burnet. 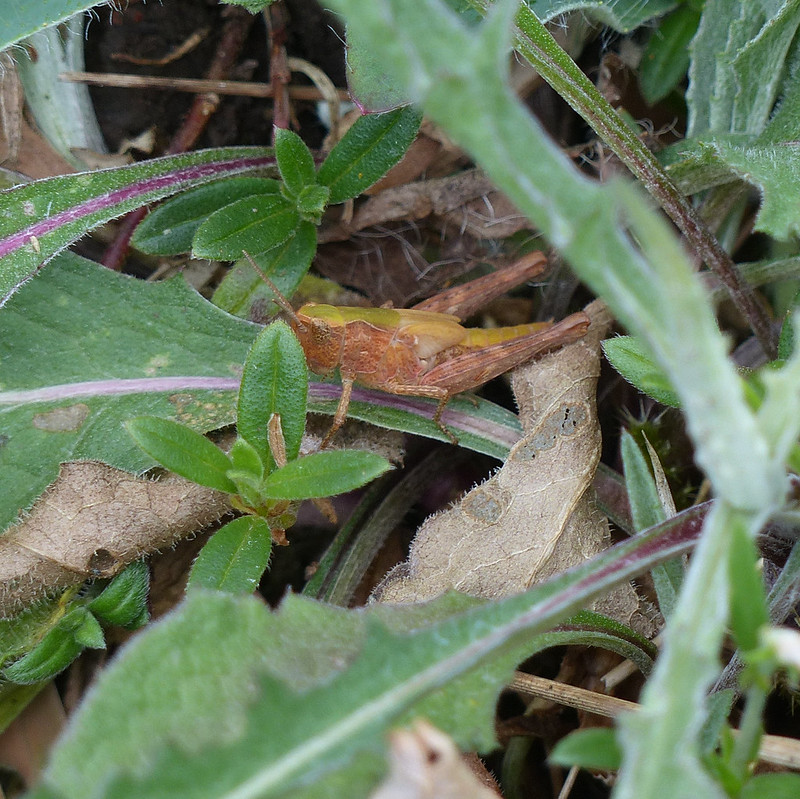 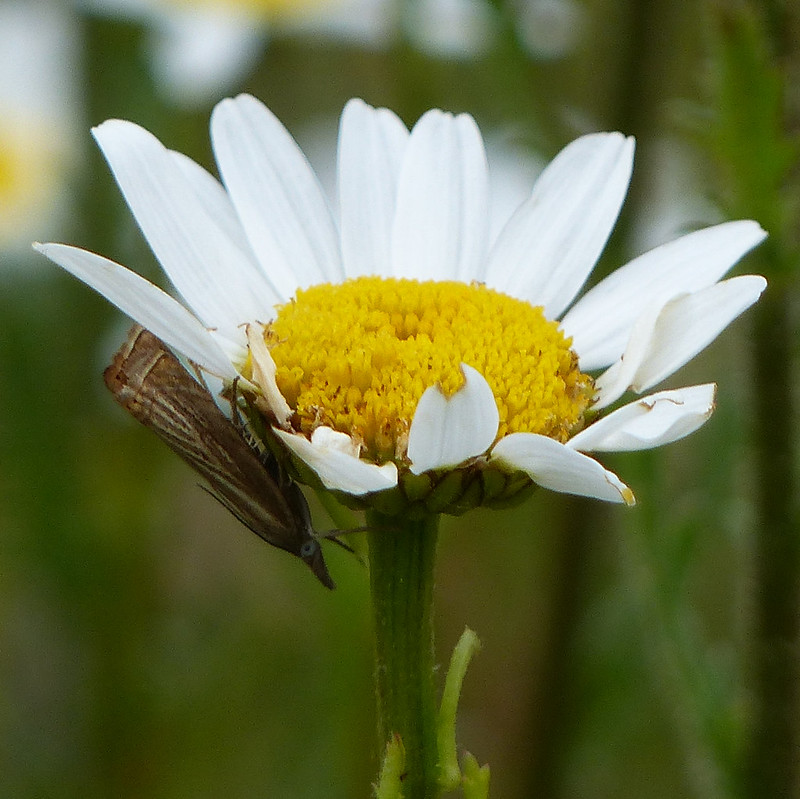 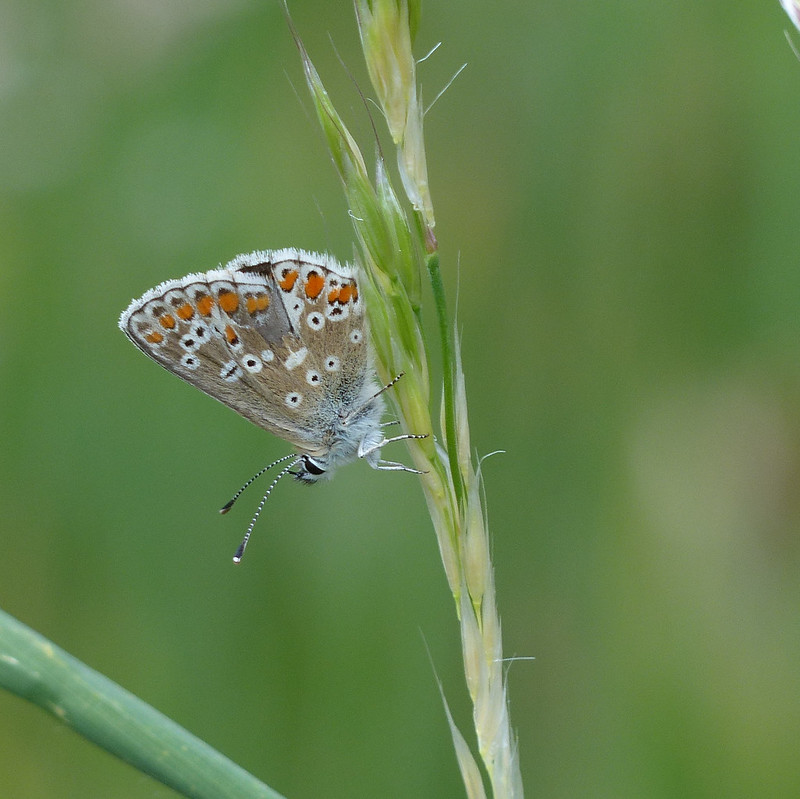 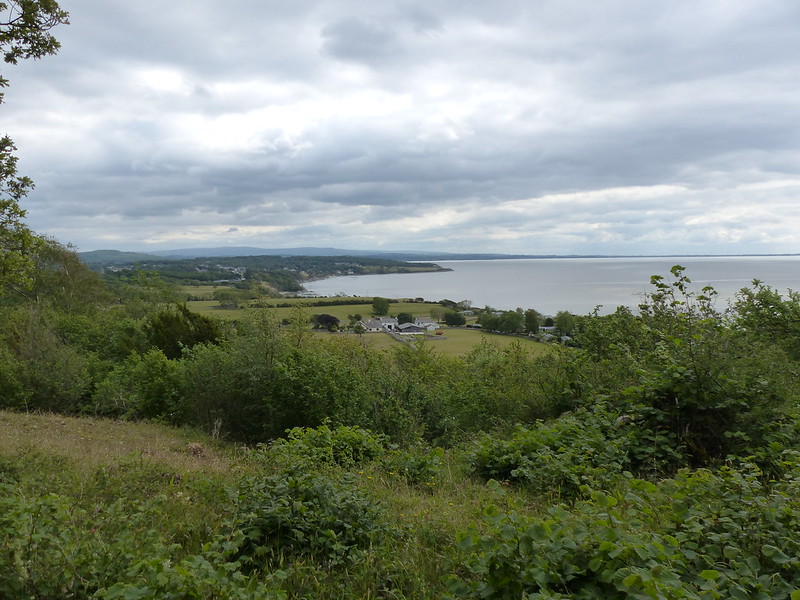 The view along the coast from ‘higher up the hillside’. 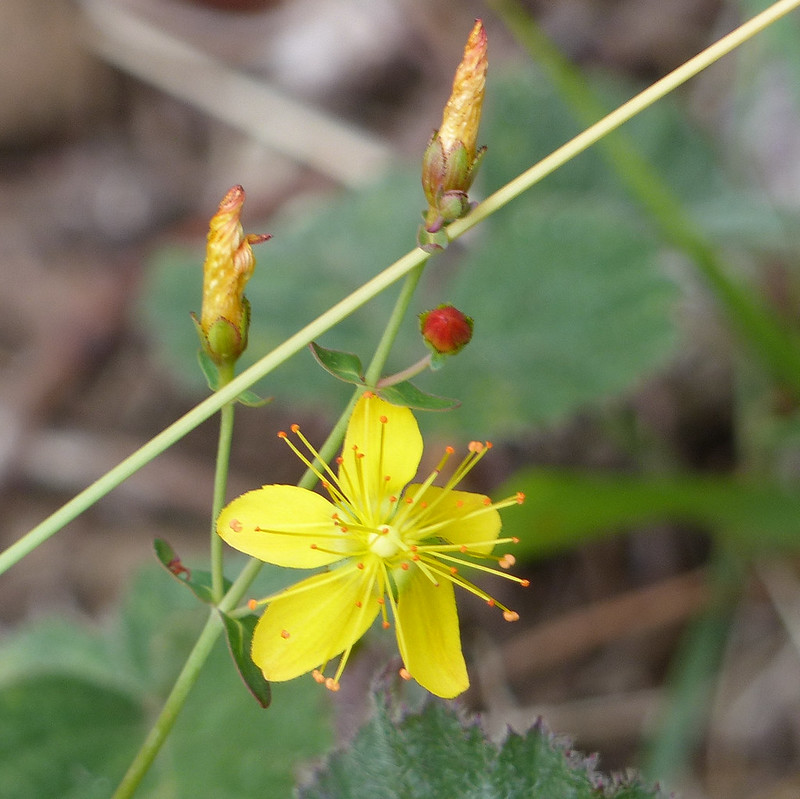 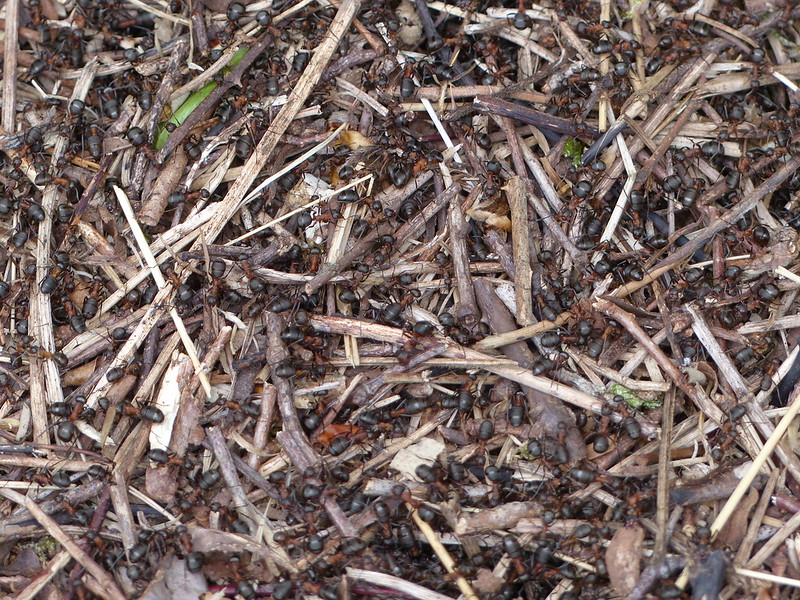 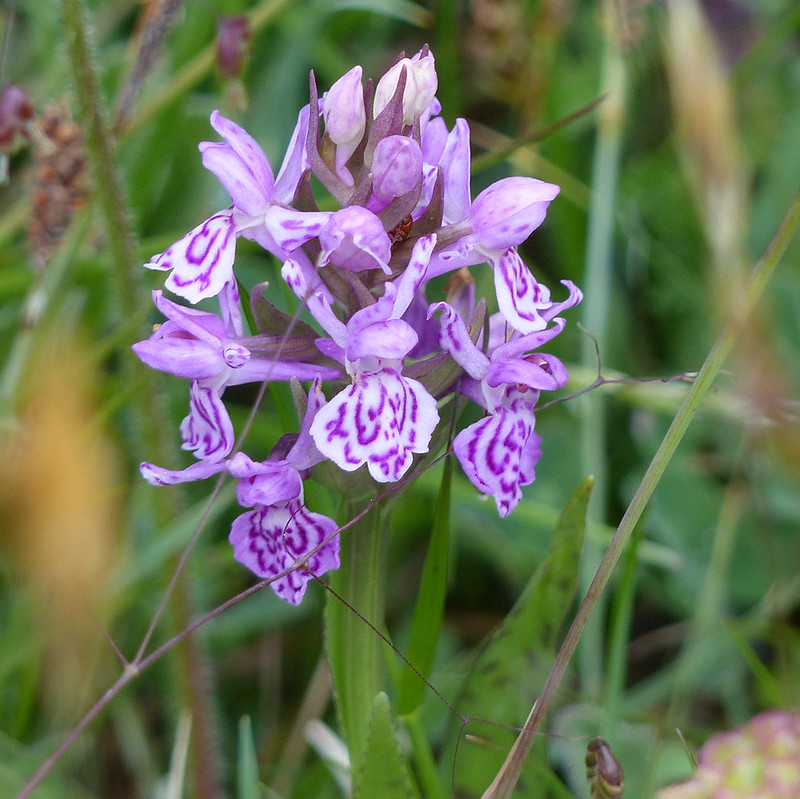 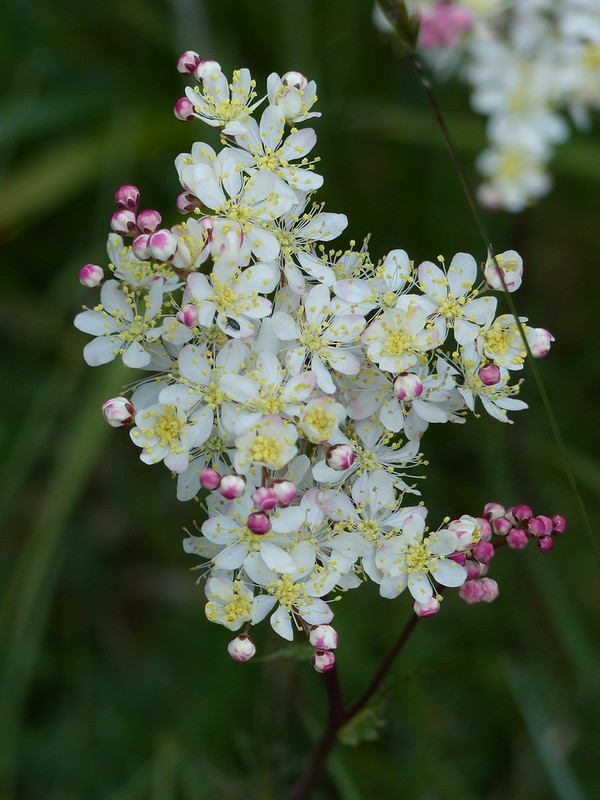 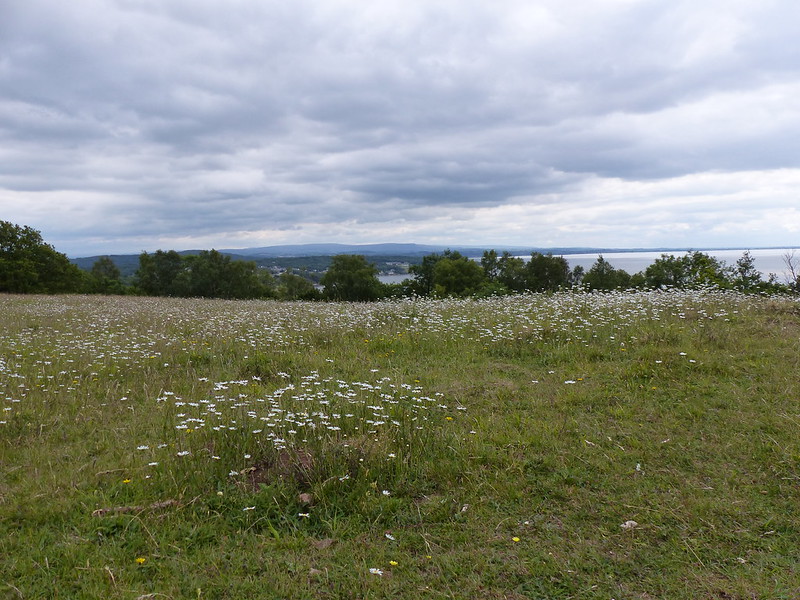 That view again, but from higher still. 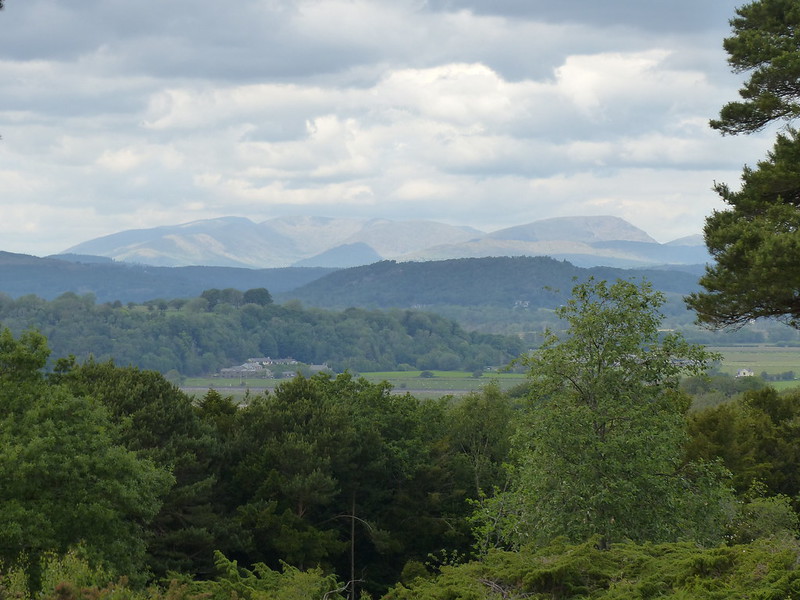 I dropped down onto the northern side of the Knott and the telephoto on my camera confirmed my suspicion that, in an inversion of the normal run of things, the Cumbrian Fells were experiencing better weather than we were on the margins of the bay. 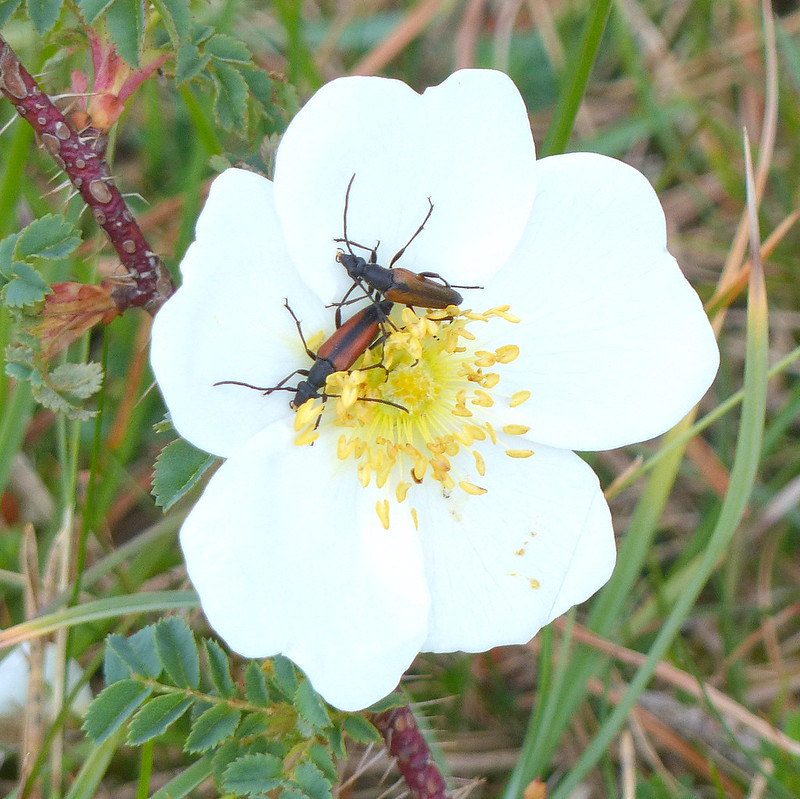 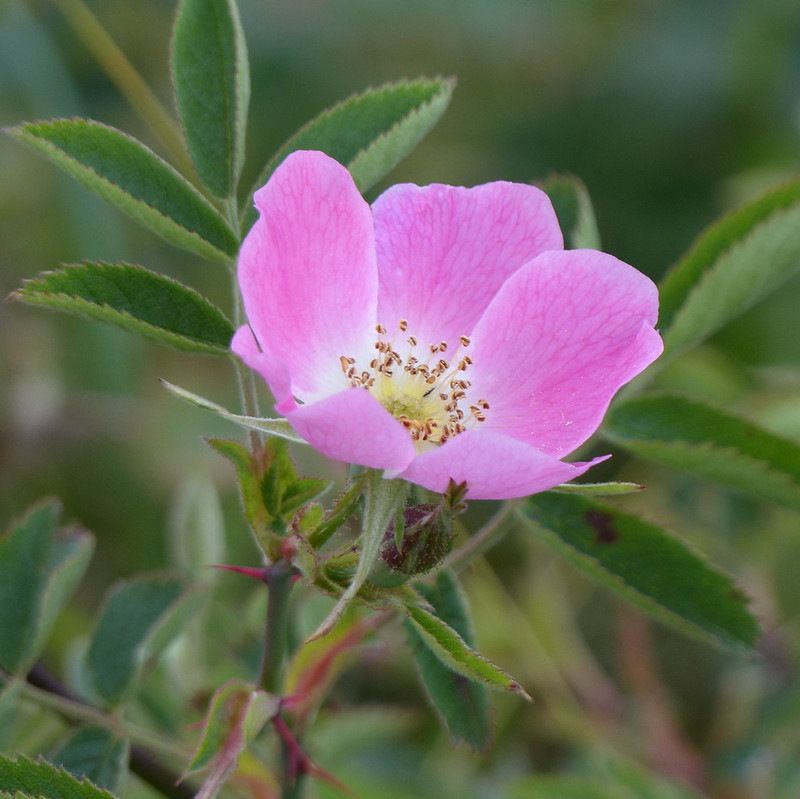 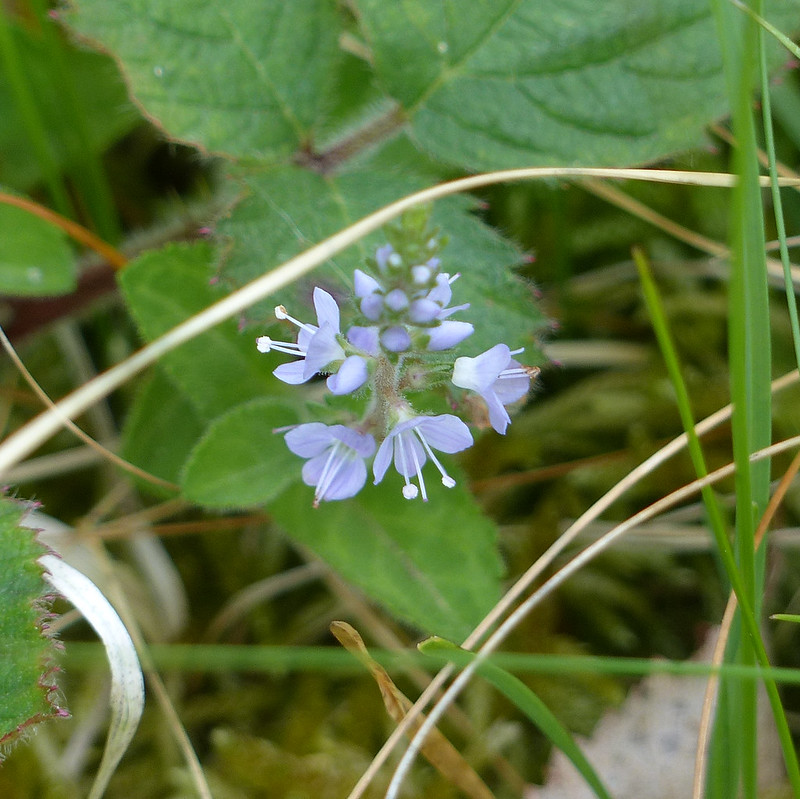 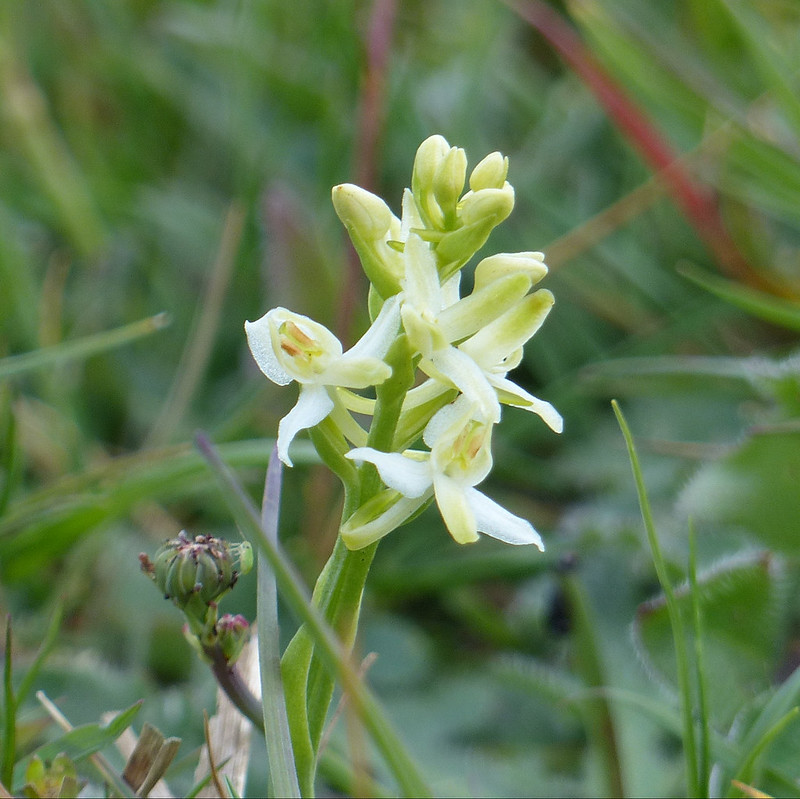 The butterfly orchids were tiny – much smaller than than when I’d seen them in this same spot in Redhill Pasture last year, surely a consequence of the prolonged dry weather.

Sod’s law was in operation, and I arrived home just as the weather improved considerably. This large vigorous daisy… 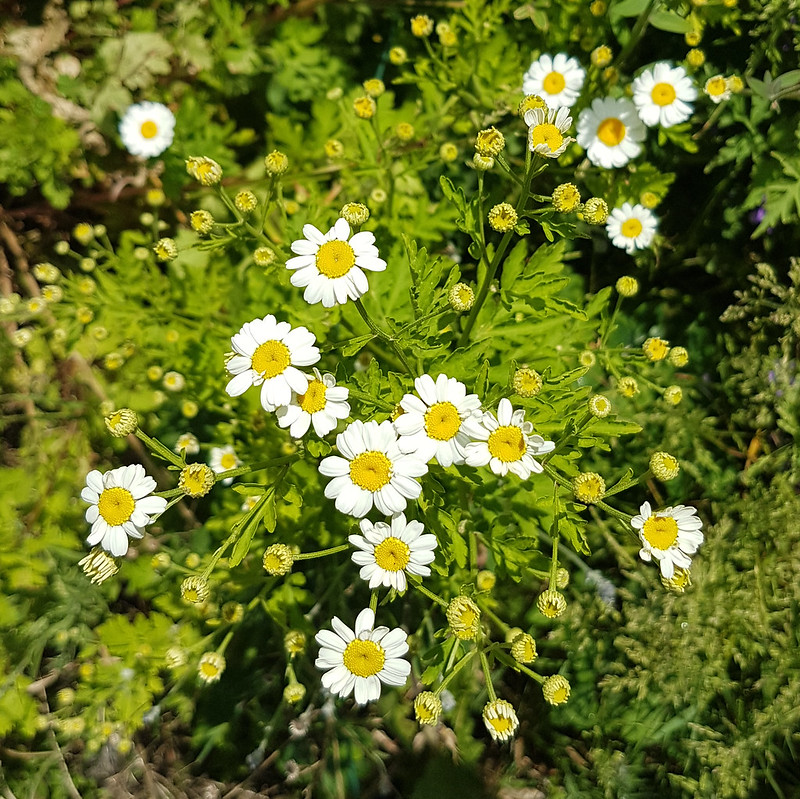 …had appeared in the flowerbed by our garage. It’s Feverfew, a non-native herbal plant which has become a naturalised weed.

Take of Feverfew one handful, warm it in a Frying-pan, apply it twice or thrice hot; this cures an Hemicrania: And the crude Herb applied to the Top of the Head cures the Head-ach.

This is from ‘The Compleat Herbal of Physical Plants’ written by John Pechey in 1694. The curious thing is that clinical trials have shown that Feverfew is effective in the treatment of ‘Hemicrania’ – halfhead, or migraine as we know it today.

TBH didn’t much like it in our border though and I have subsequently hoicked it out. I have spotted it growing in several other places around the village I’m pleased to report.

There seem to be hundreds of versions of this song, but this is the original, by Little Willie John…