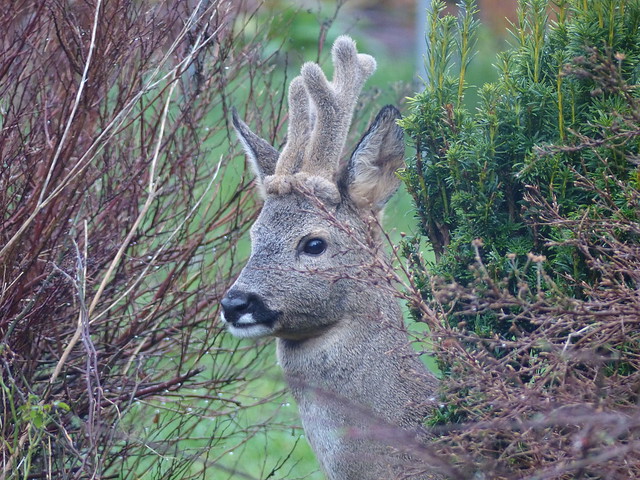 Over Christmas, as I think I’ve said, we regularly had a number of Roe Deer in our garden. I didn’t often photograph them, but when this buck ventured close to the house it seemed like too good an opportunity to miss him and his lop-sided new antlers. 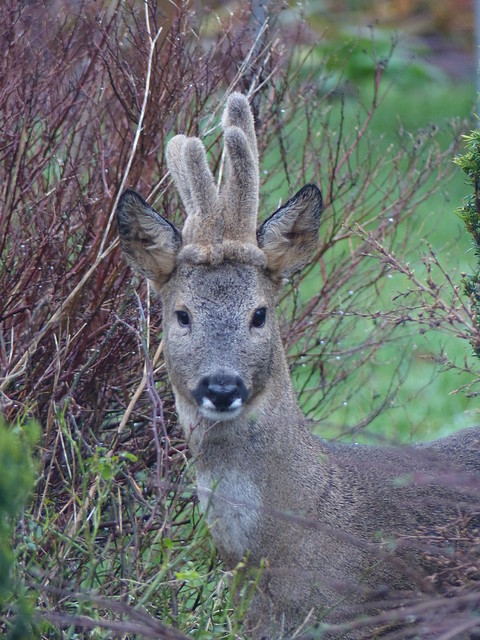 I suppose they will even out as they grow? 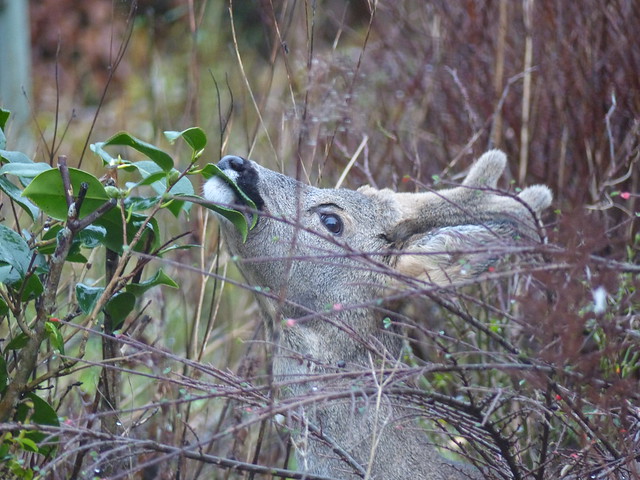 The weather was generally dull and damp, with quite a bit of fog, and we took it in turns to suffer from an unpleasant cold, but, on the plus side, my mum and dad came to stay with us and we enjoyed all of the usual treats of the season: over-indulging in food, playing family games, watching ‘It’s a Wonderful Life’ etc.

I know that I’ve also mentioned before the highlight of the Christmas period for me, which was my present from TBH – a night away in Glasgow with tickets for the Craig Charles Funk and Soul show – but that isn’t going to deter me from banging on about it again! 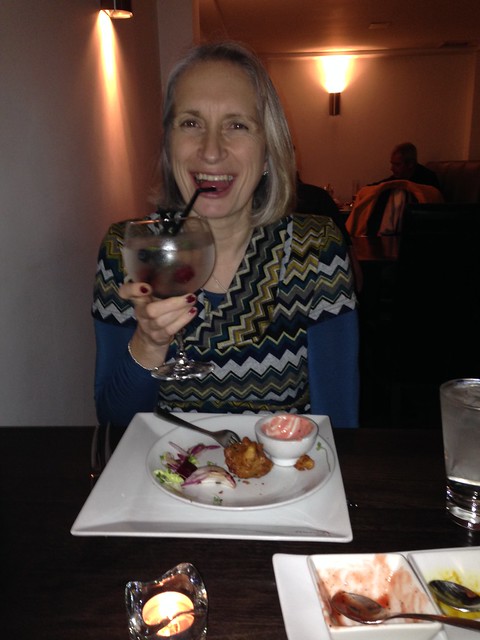 Here’s TBH in the curry house we went to before the gig, which was just across the road from the hotel. We weren’t up very early the next day, we aren’t really used to 4am finishes, I think we just made check-out at midday. It was the first bright and sunny day we’d seen for a while and, since we’d already paid for parking, we had a walk to a vegan cafe/bar, which TBH had found online, for a Full Scottish Vegan Brunch, which was surprisingly good.

The hotel was right by the Clyde… 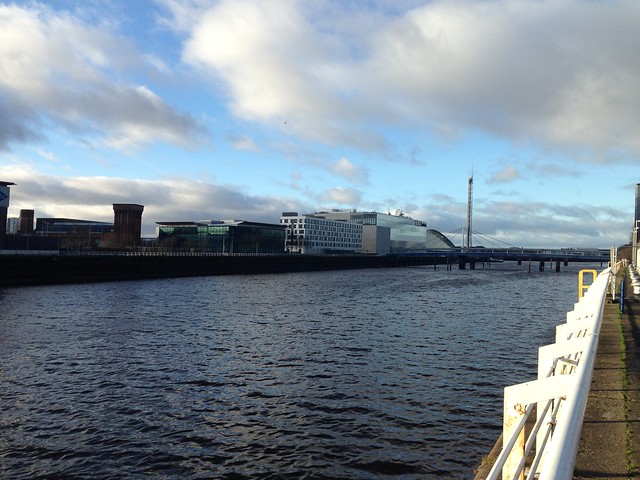 …the building slightly right-of-centre in the picture is BBC Scotland. 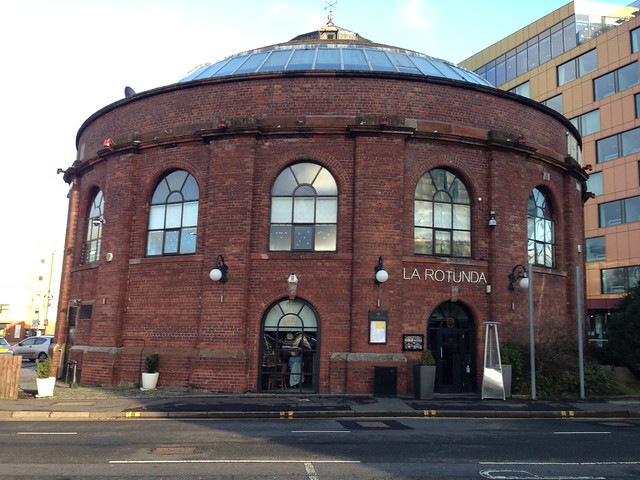 …had a twin on the far bank of the river. Apparently these originally covered shafts which led to a tunnel under the Clyde. 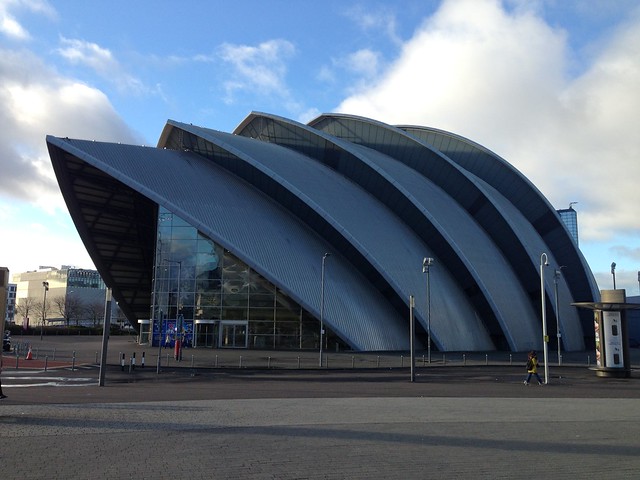 …is, I think, part of the SEC centre.

We walked along St. Vincents’ Crescent… 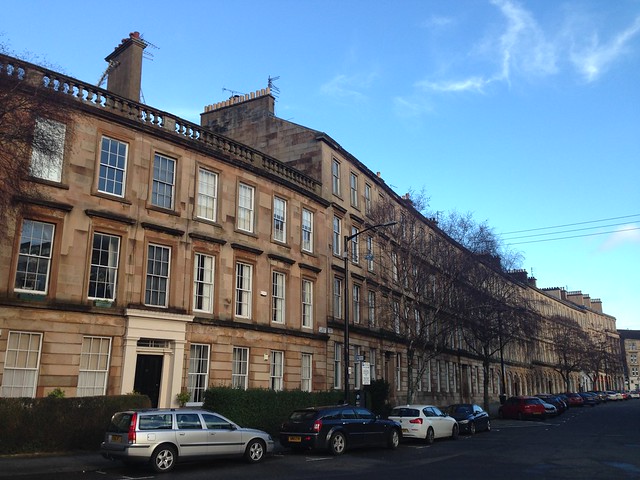 I thought this rather elegant terrace might be Georgian, but a bit of lazy internet research reveals that it’s actually a bit later, built from 1850 onward, so definitely Victorian. 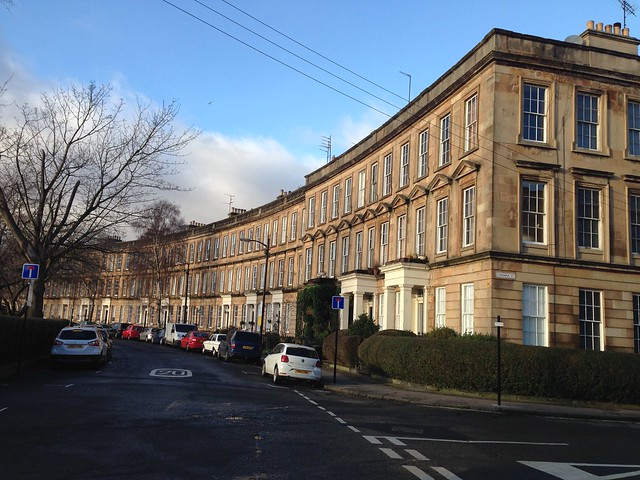 Obviously, having mentioned our dance-athon again, it’s only fitting to finish with another memorable tune from that night. How’s this:

I love a cover which is radically different from the original, so Blue Mode’s ‘Smells Like Teen Spirit’ is right up my street.