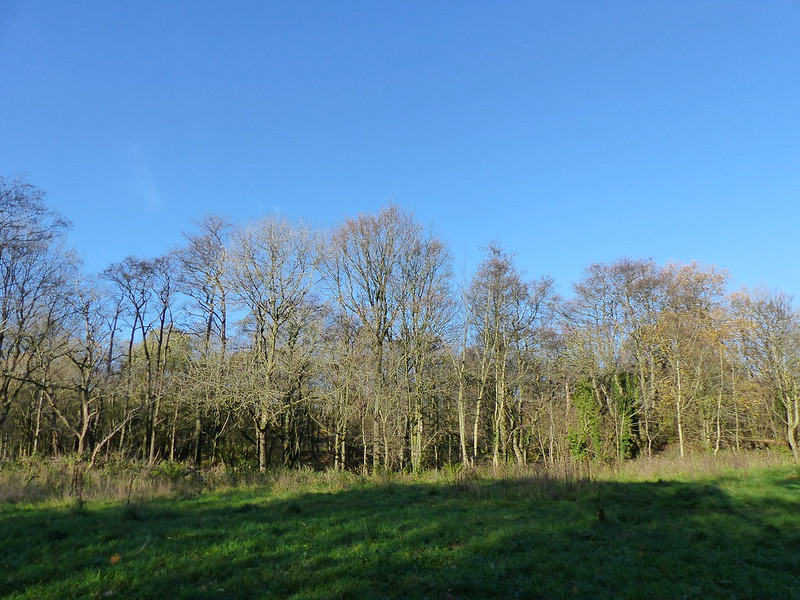 Having dropped Little S off for his climbing session, I was hoping to get out for another short wander and, to that end, had been poring over maps the night before, looking for a likely route. Blessed with paths, as we are near home, it always comes as a bit of a surprise when I’m looking for routes elsewhere and find that options are limited or nonexistent.

It’s quite hard to see much in the way of possibilities for walks directly from the University campus, but my eye was drawn to an area on the map with several largish splodges of blue and I eventually settled on a short circuit from Scorton Picnic site.

What it lacked in length it made up for with charm. 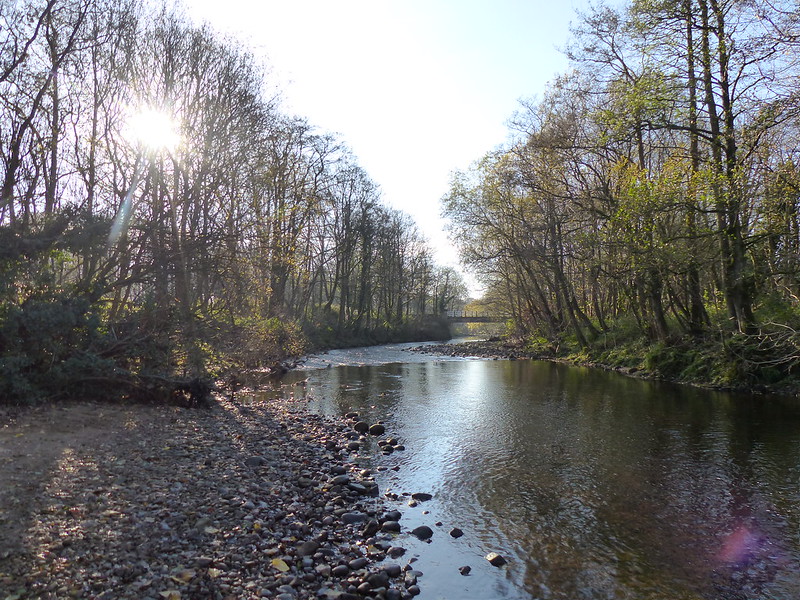 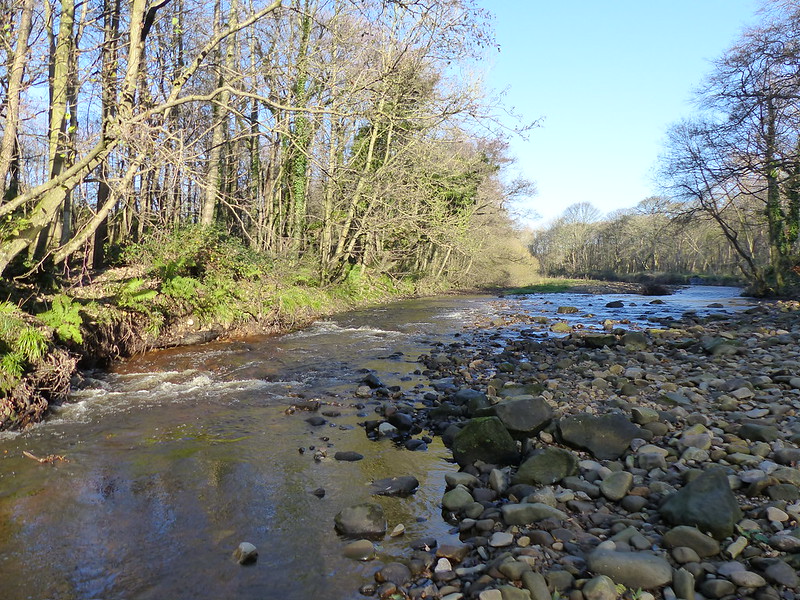 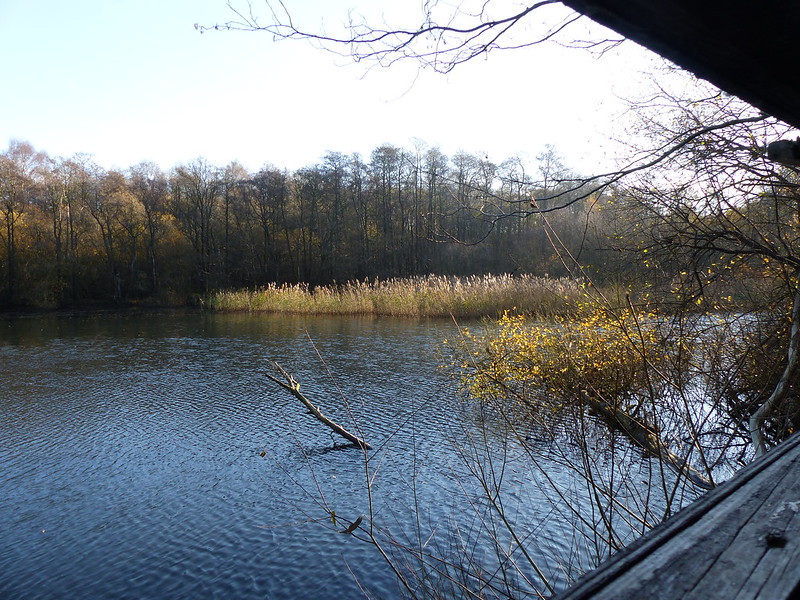 I shall guess that this small area of water, and the many others close to the motorway nearby, is a former gravelpit and probably dates back to the building of this stretch of the M6. 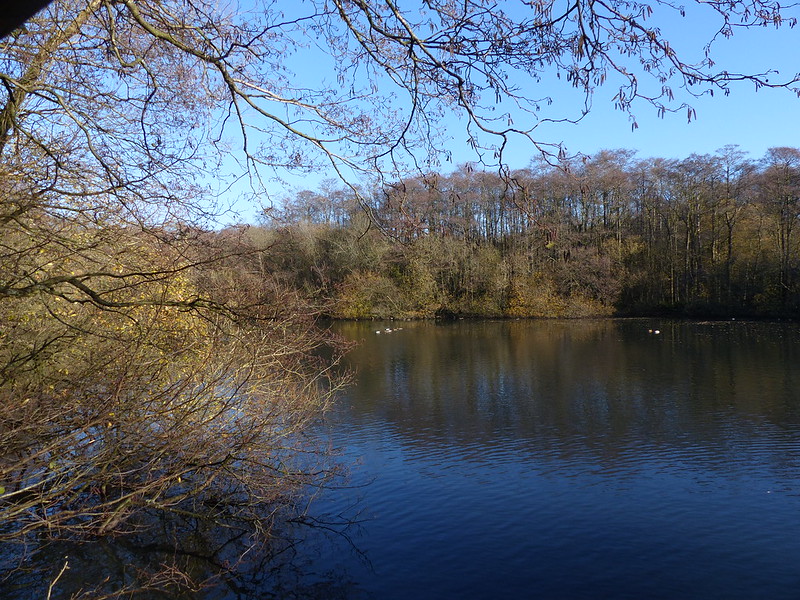 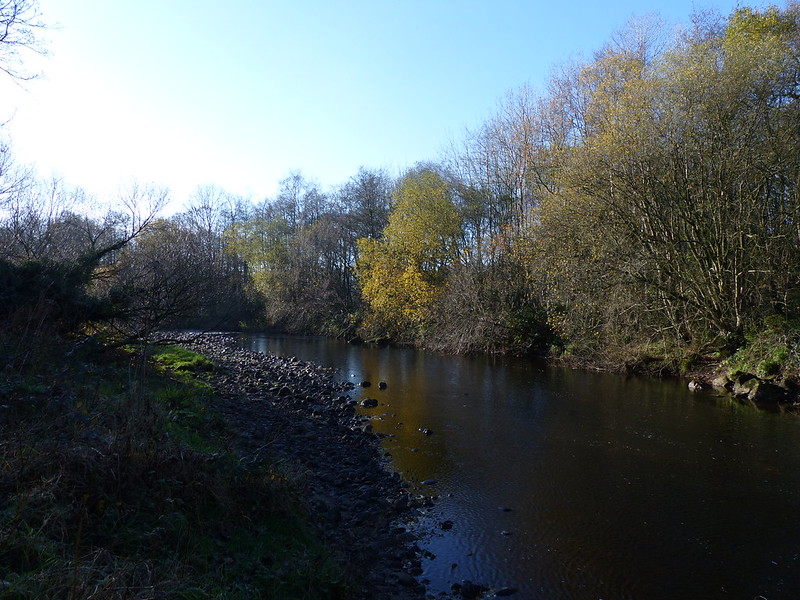 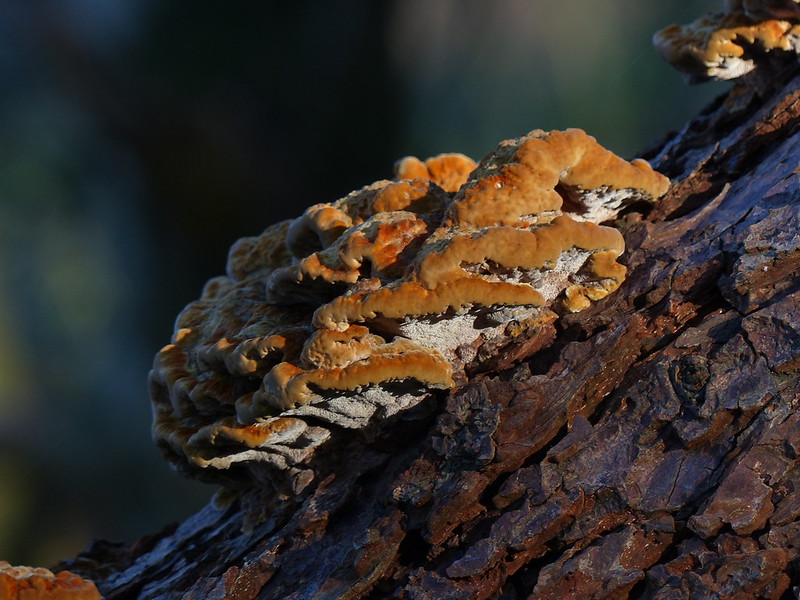 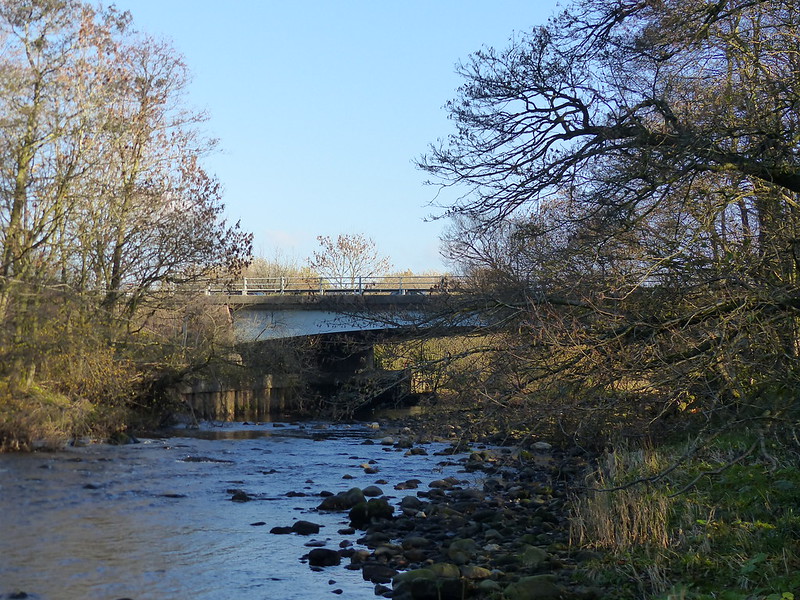 I went a little off-piste at the far end of the walk, in order to get a photo to show just how close to the M6 this little scrap of woodland is. 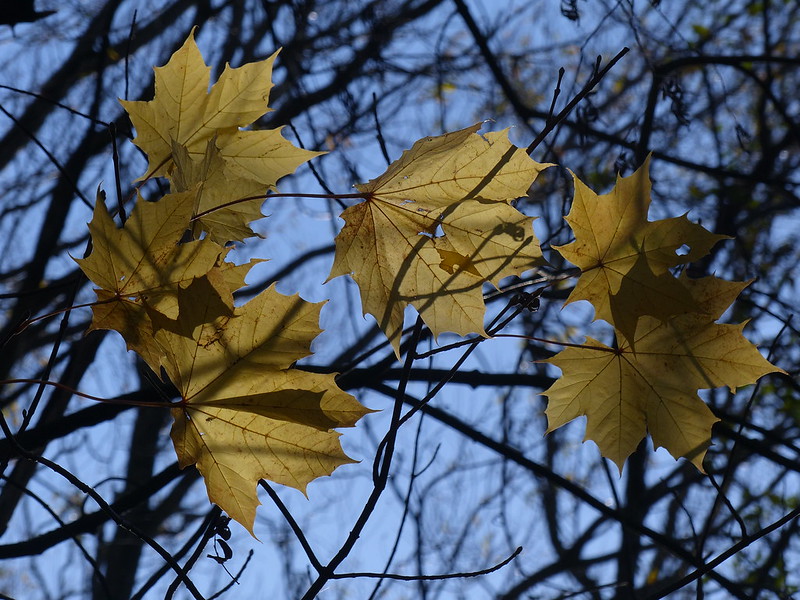 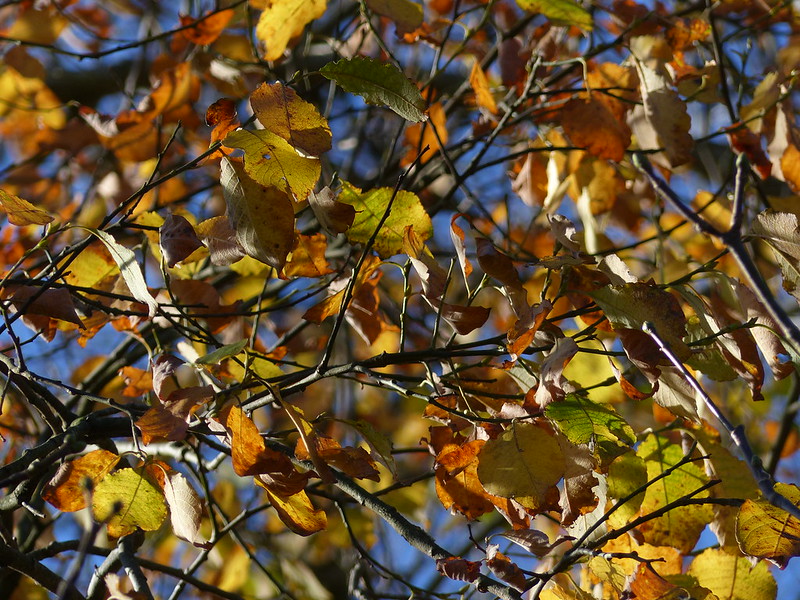 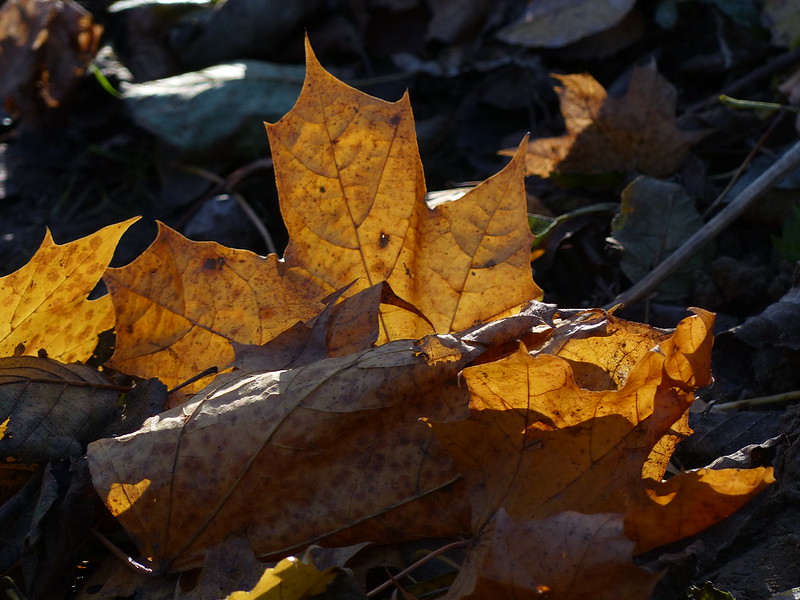 TBH has sometimes described my blog, to the uninitiated, as “photos of leaves and stuff”. Whilst I was selecting photos for this post, it occurred to me that I could rebrand my blog as ‘Leaves Online’. 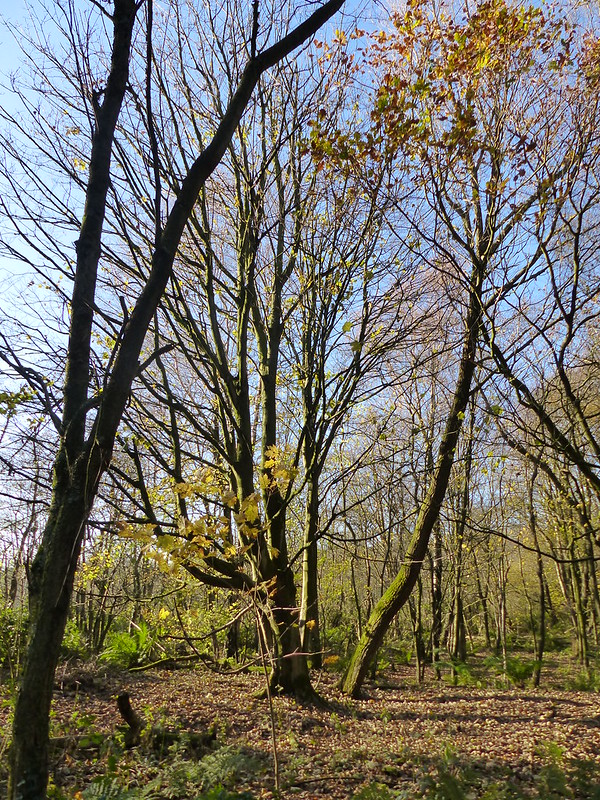 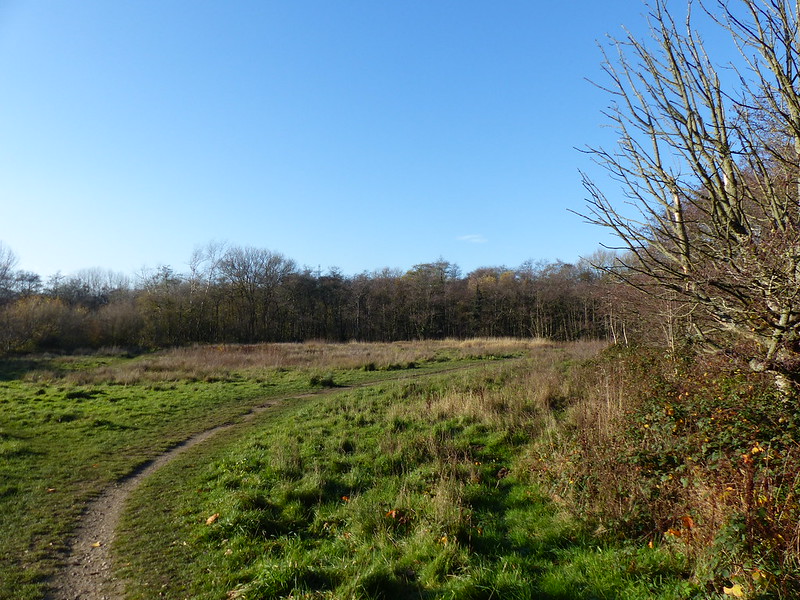 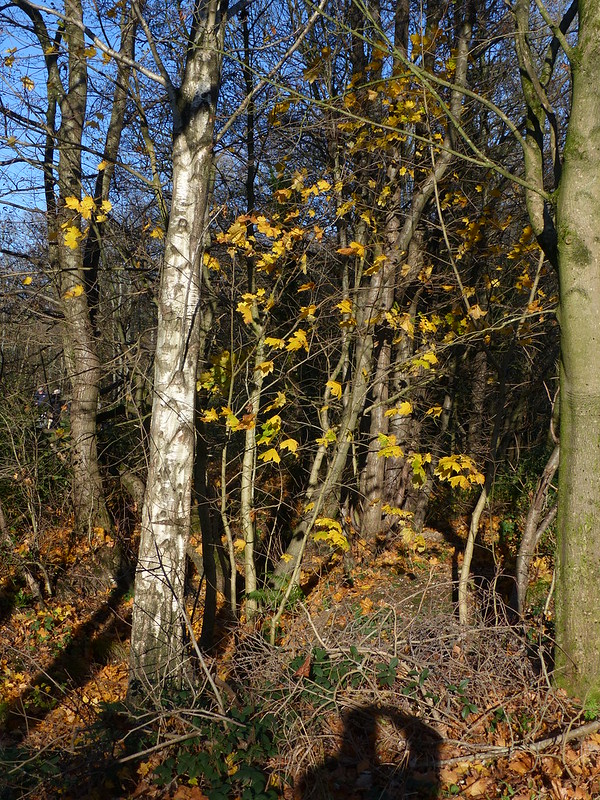 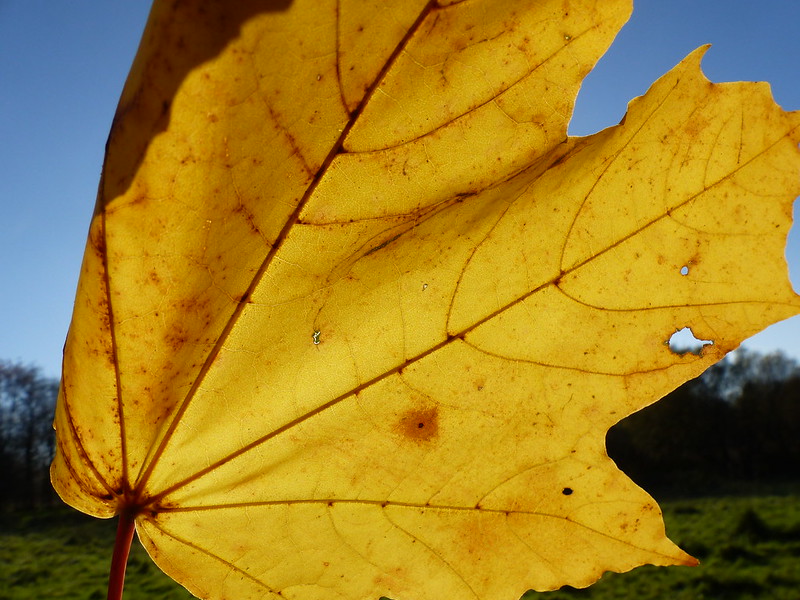 I don’t know what kind of tree these very large, yellow leaves came from, but they were a real tonic. So much so that I picked one up and waved it around, like a flag.

Better yet, as I neared the end of my walk I spotted a butterfly in a sun-warmed clearing. I wasn’t quick enough to get a photo sadly, but I was quite impressed to have seen one at all at the tail-end of November.

I’ve been enjoying thinking about matching tunes to posts, however tenuously, so….

I’m not sure how big the audience is for the juxtaposition of photos of leaves and the sounds of the Wu-Tang Clan? Perhaps a bit of a niche market, do you think?