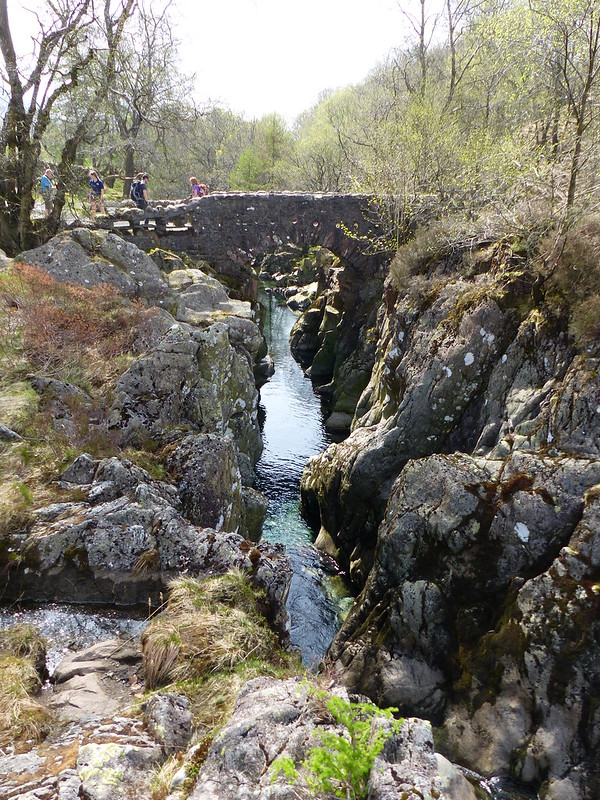 On the Saturday of our Easter weekend I stayed at home with TBH, who, unfortunately, was suffering from her worst bout yet of labyrinthitis. Most of the rest of the party went for a swim in the Kent at Levens. It really was that warm, which is hard to believe now that it’s late May and the wind is howling outside beneath grey skies.

Easter Sunday was B’s birthday. How to entertain a teenager on their birthday? Fortunately, B was happy to fall in with our plans for a shortish walk up Harter Fell, followed by a swim in the River Duddon. TBH was feeling much better, but not well enough to want to join us. 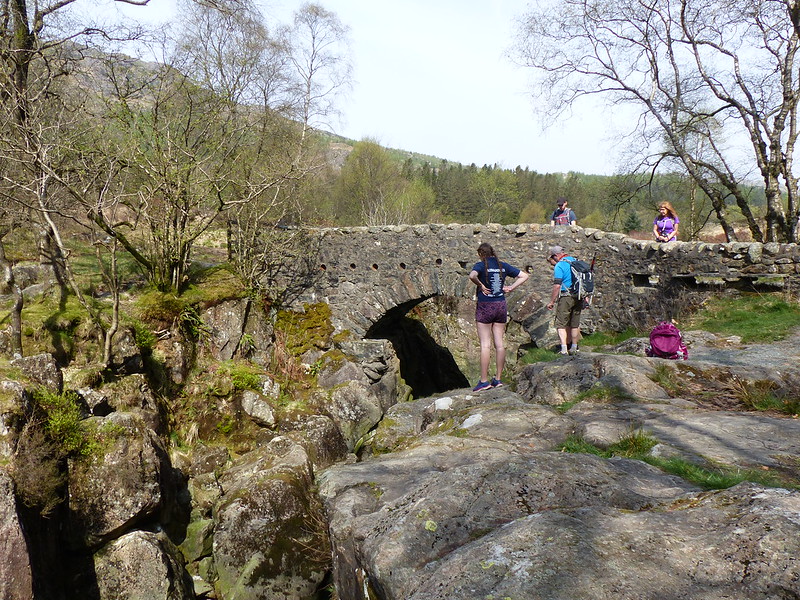 …is Birks Bridge, where we planned to have a dip after our walk. 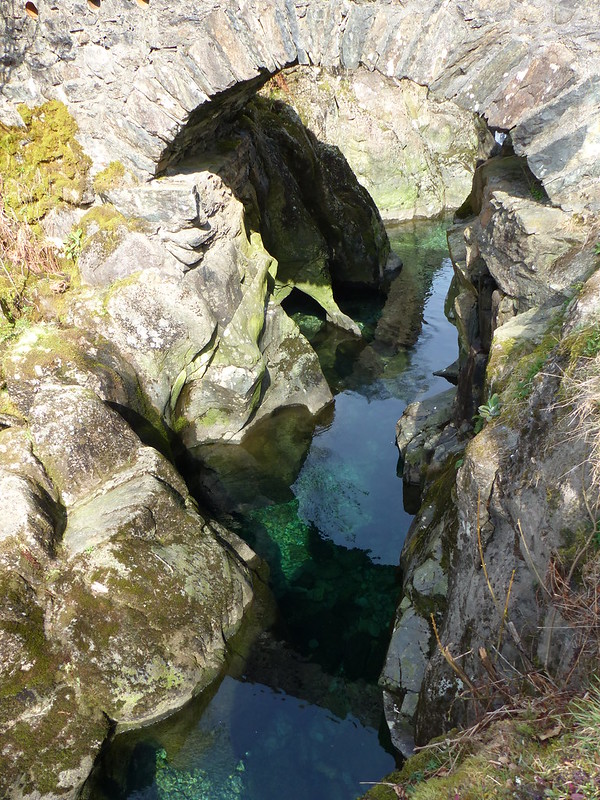 You can see that the water is crystal clear. Deceptively deep too, it was possible, we later found, to jump from these rocks into the water without hitting the bottom. 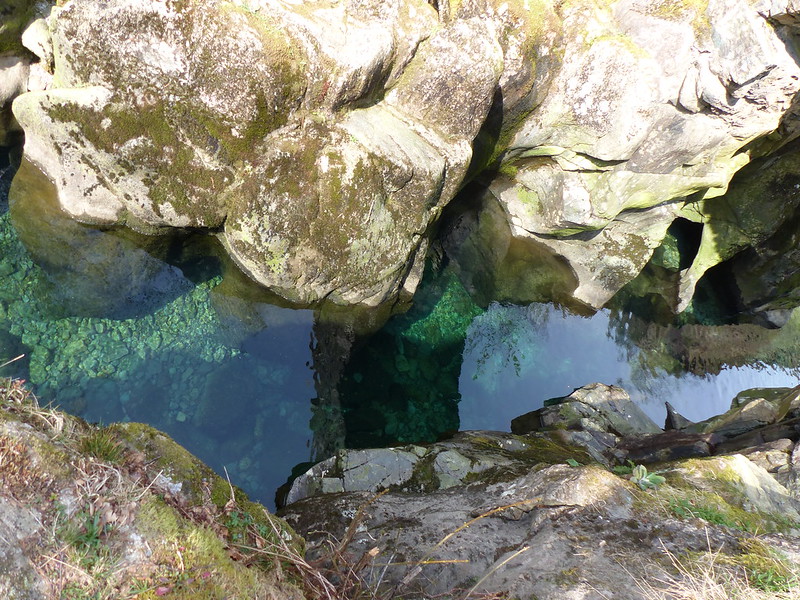 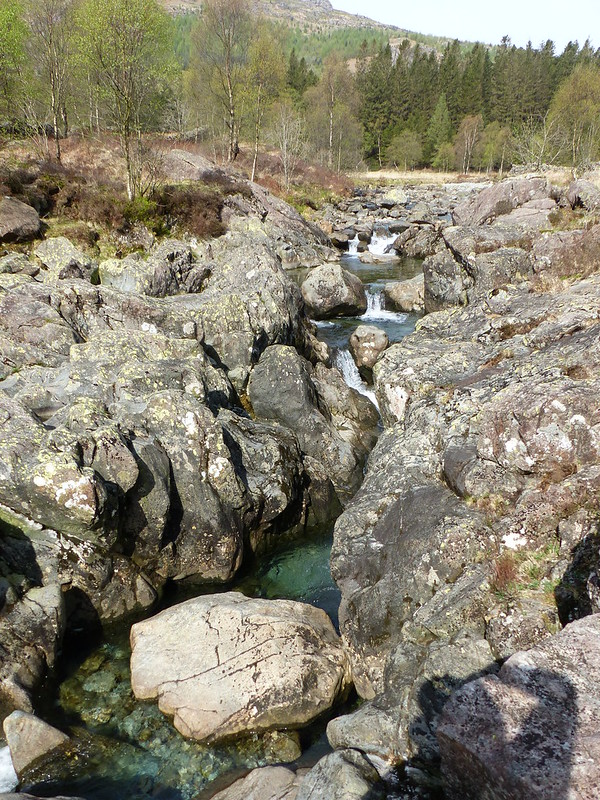 First of all though, we had a hill to climb. The initial ascent was very steep and it was unseasonably hot. Here we are… 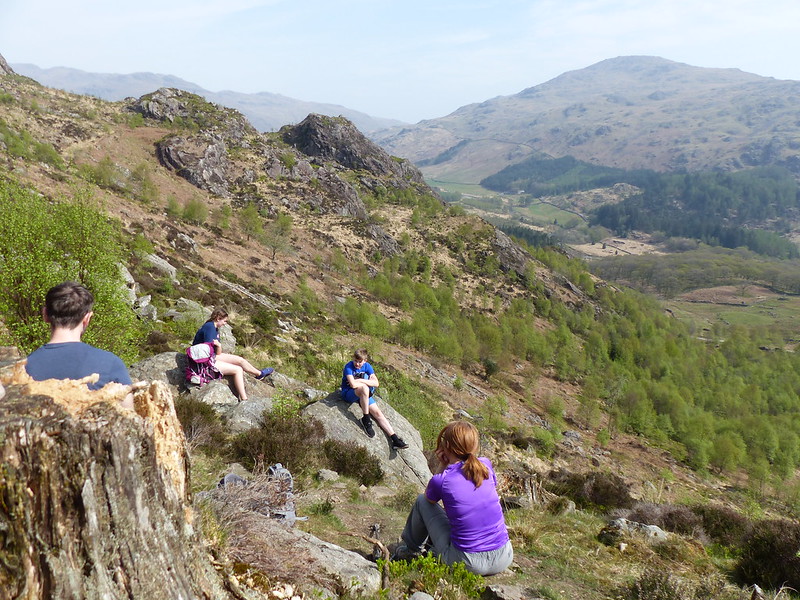 …resting after the first steep pull. 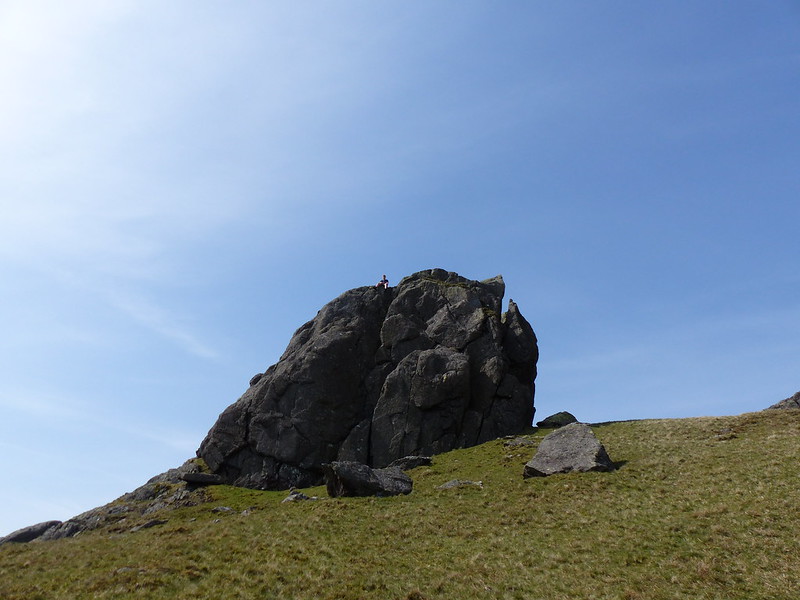 …is Maiden Castle. It’s very imposing and we’d picked it out from the car park as somewhere worth visiting. Actually, around the far side it can be easily scaled via a grassy ramp. That’s be sat on the top.

From this point on, not only did the angle ease, but there were lots more rocky knolls, so that a variety of different entertaining options for scrambling to the top were available. Andy and the DBs were in their element. I followed on more slowly, picking my route and avoiding some of the steeper sections they sort-out. 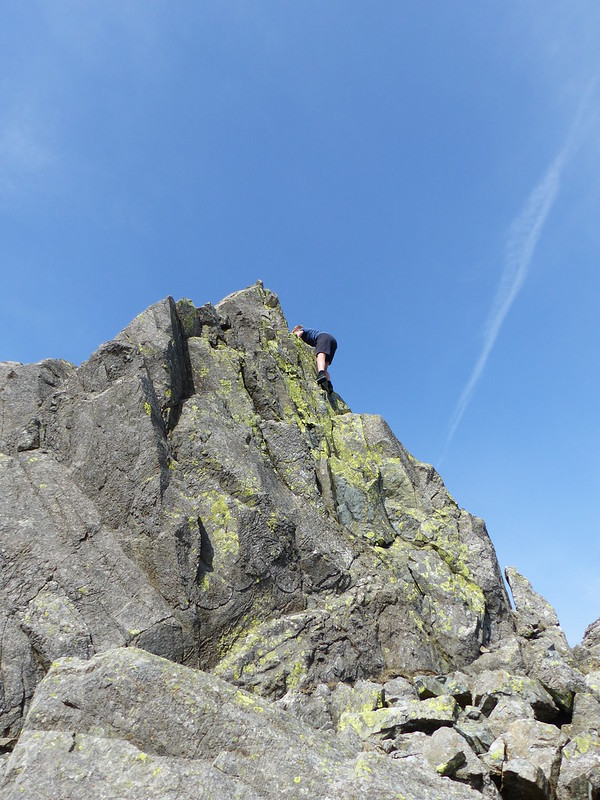 At the top itself, there were plenty of sheltered spots for some lunch and a sunbathe… 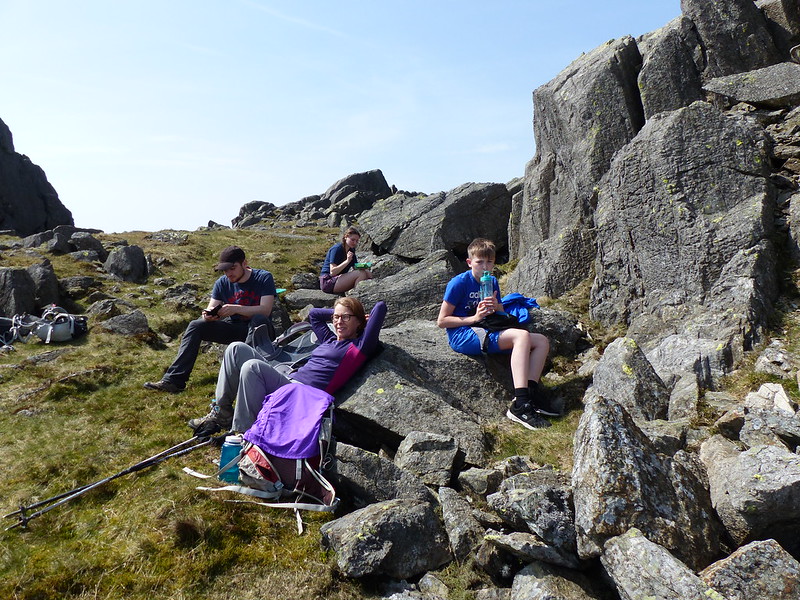 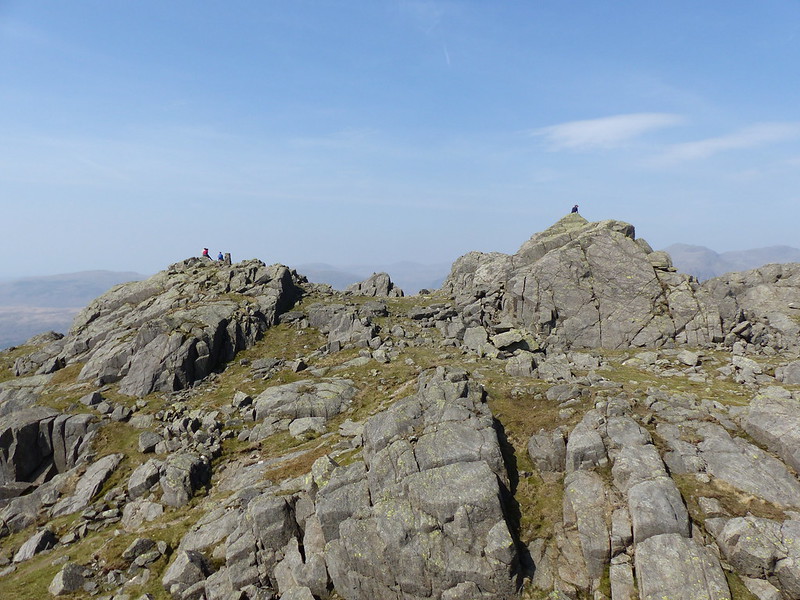 B tells me that this photo… 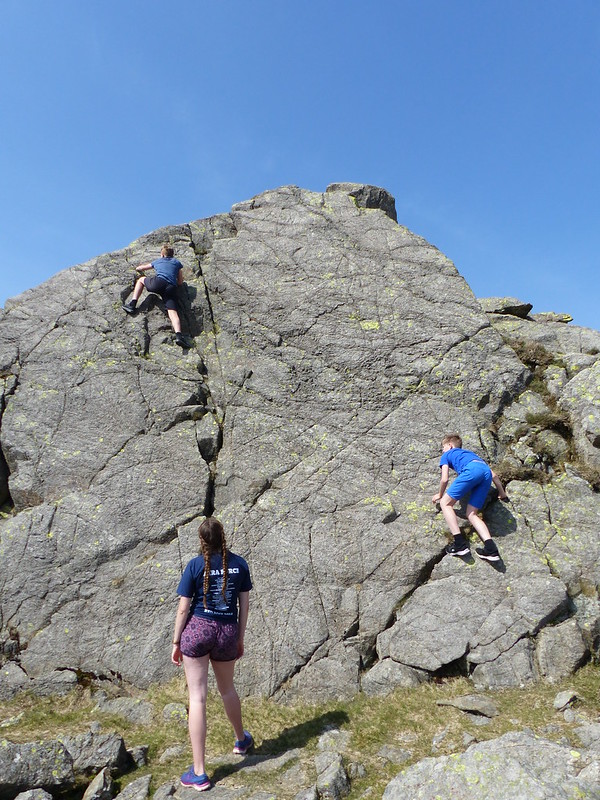 …gives a misleading impression about the route he is climbing, which, apparently, was “much steeper than that!” 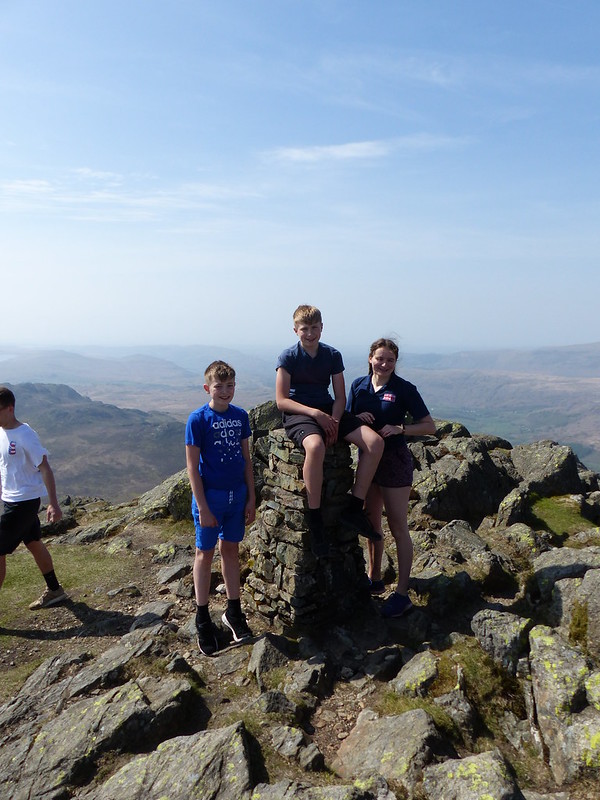 A and B have been up here once before, although I’m not sure how well they remember that visit , it was a long time ago after all. 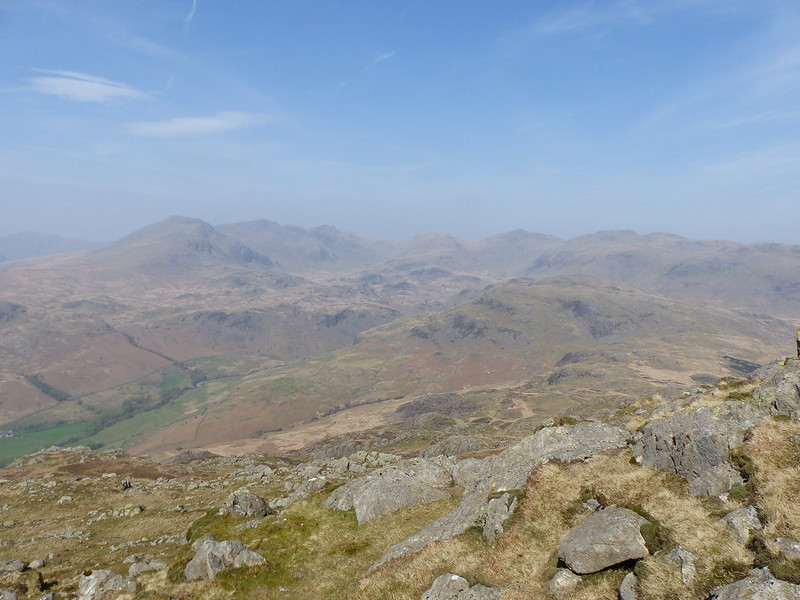 Hazy view of the hills around Upper Eskdale. 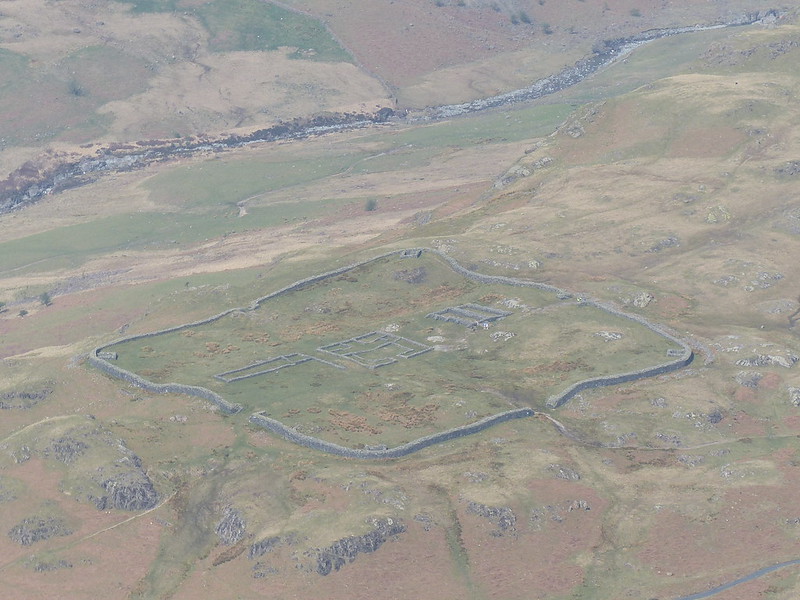 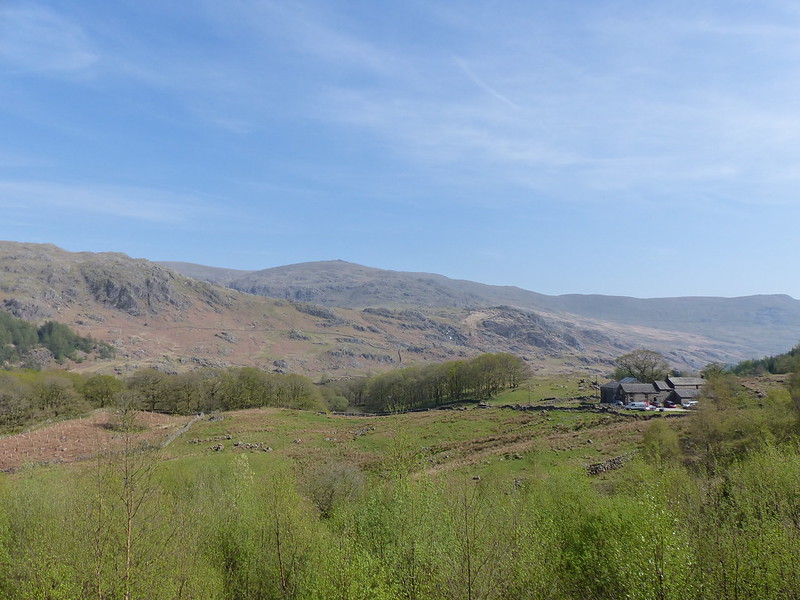 We chose the simple option of retracing our steps down to the valley. By this time, the haze had begun to clear and the views were improving.

The others were setting a cracking pace, no doubt eager for the swim to come, but I was distracted by the great number of Peacock and Orange-tip butterflies which were flying. 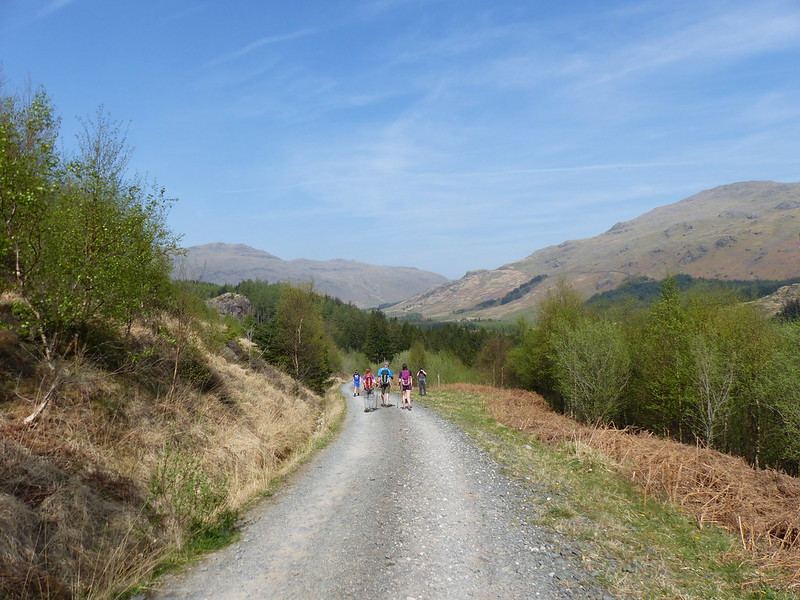 Orange-tips are one of those species of butterfly which rarely seem to land, at least when I have my camera handy. Fortunately, there were other distractions… 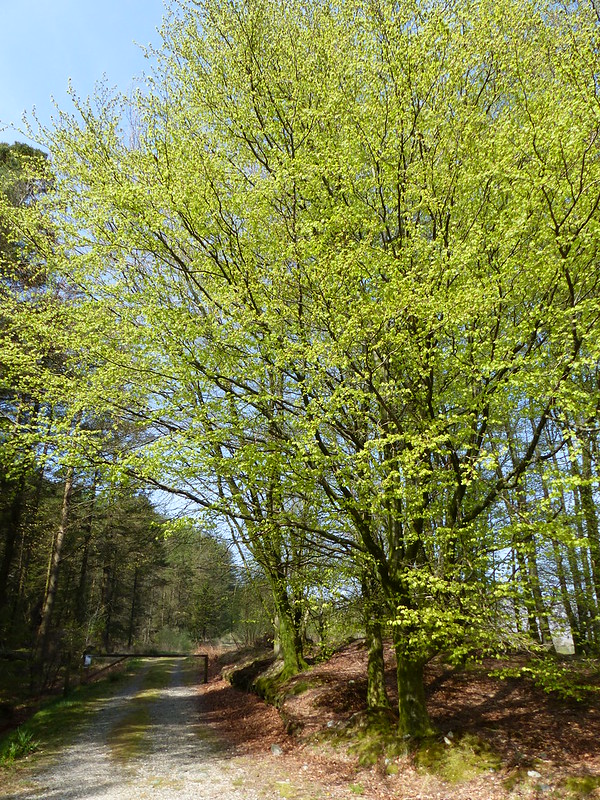 …I love the way the almost lime green new Beech leaves complement the layer of old orange leaves which always blanket the ground beneath Beeches. 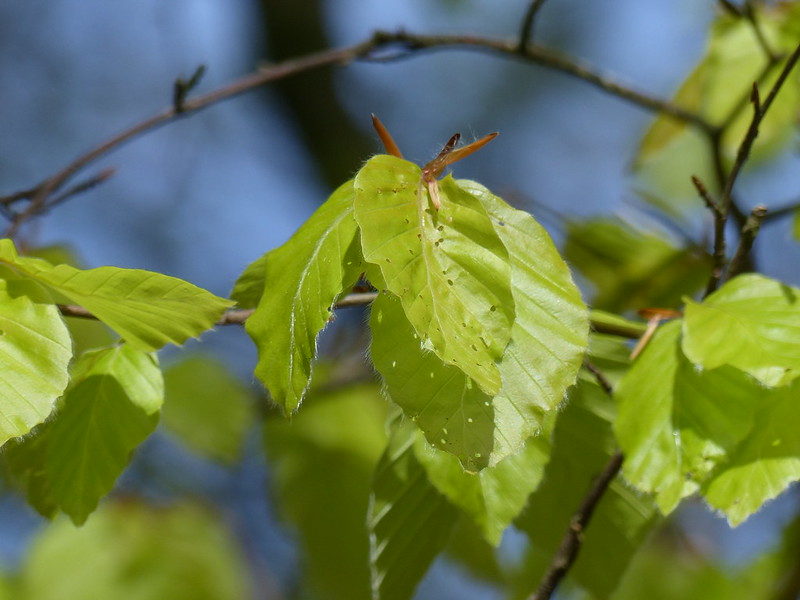 They look pretty good against a blue sky too.

Eventually, a couple of Orange-tips decided to oblige and pose for photos… 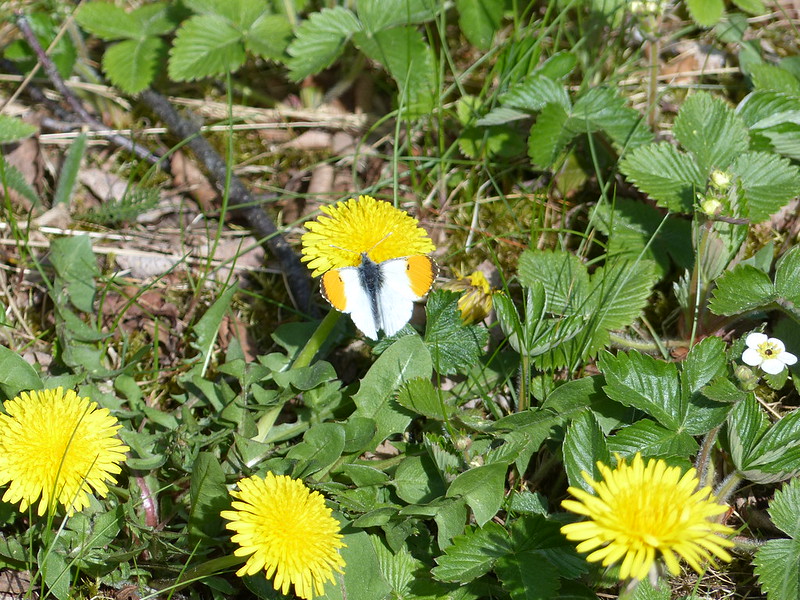 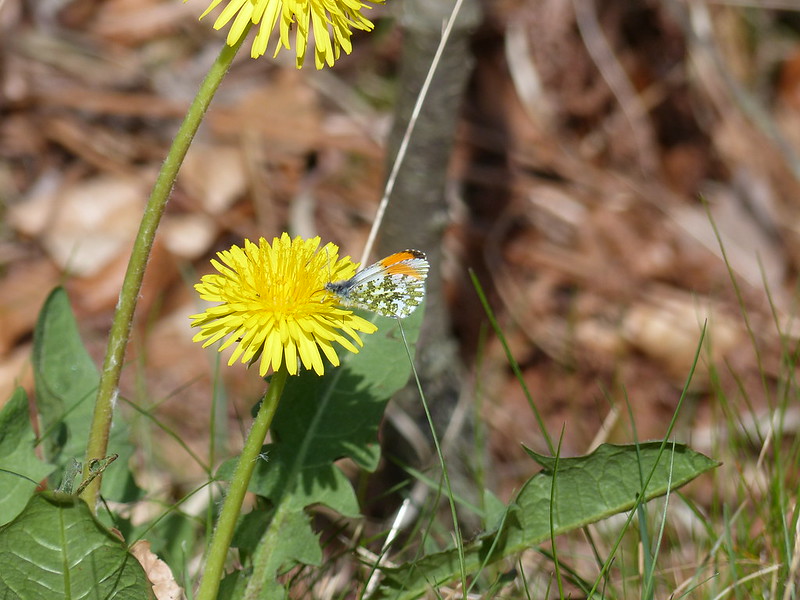 All that and a swim still to come!

Andy has photos of us swimming (as well as lots more pictures of the DBs scrambling). The water was refreshing of course, but not as cold, frankly, as I thought it might be. My theory is that the rivers are a good bet after prolonged dry spells, which is exactly what we’d just had. Once you were immersed, it wasn’t bad at all, and even Little S, who has no padding whatsoever and often suffers with the cold, managed a good long swim. 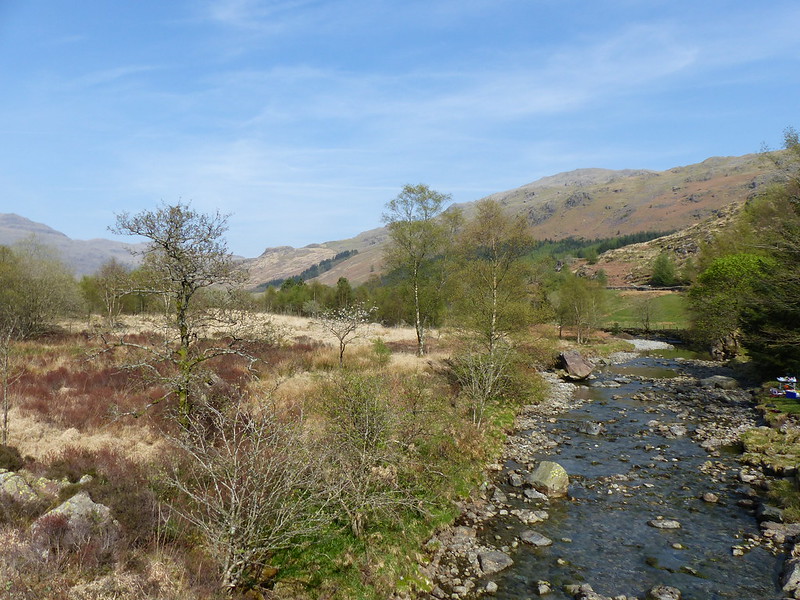 Little S and I both like to climb a hill on our Birthdays if possible. I think this might be a first for B, but the combination of sunshine, old friends, some scrambling, and a swim is surely a hard act to follow.

Whilst all the London based news outlets were busy telling us that we had just experienced one of the warmest, driest springs on record, we had the coldest May that I can remember. Sometimes it rained and sometimes it didn’t, but the cold winds persisted. The 1st of June was no different – cold again. But then (briefly at least) summer arrived – an amazing reversal, one day it was bitterly cold and then a mixed day, and then baking hot.

Good weather had been forecast, so we had planned a day out in the Lake District. We’d discussed several options the night before, but settled on Wallowbarrow Gorge in the Duddon Valley. We parked at High Wallowbarrow Farm, where there is a small area set aside for parking and an honesty box for donations to the local Mountain Rescue team. From the farm it’s just across a couple of fields and then into the woods and soon we were on the banks of the River Duddon. We didn’t need to cross the stepping stones, but they were far too exciting to miss as far as the kids were concerned. I can remember what a highlight the stepping stones in Dovedale were when my parents took me there as a kid.

Just beyond the stepping stones there is an arched stone footbridge – we didn’t need to cross that either, but it gave a good vantage point from which to enjoy the view upstream:

The walk along the gorge from here is top-notch – I’m surprised that it never seems to be busy (unlike Dovedale).  There are a series of little cascades and falls with deep green pools between them…

Equally as important, as far as the kids were concerned, was the fact that there were lots of huge boulders to clamber over, round and even under. We didn’t get far before we had found an idyllic spot and stopped for a picnic.

That done, we continued up the gorge. On either side the slopes are steep and wooded, with a number of crags – I think that this is Pen:

On the west bank, where the path is, there are also great jumbles of large boulders:

Eventually the path climbs up and away from the river. The path does get quite boggy in places here and the duckboards placed to alleviate the problem are often stranded themselves amidst a morass. One compensation is that bog myrtle grows here in profusion – not very striking to look at, but it makes a wonderful smell if you rub your fingers across a leaf to bruise it.

Eventually we dropped back down to the river, which we crossed at another set of stepping stones, the Fickle Steps, where there is a cable handrail to help one across.

We left the Duddon here and the kids began to feel the effects of the heat – they were tired and thirsty and was I sure that this was really a short walk?

The path took us down to an extensive bog by Tarn Beck.

A set of duck boards took us dry shod around the bog and then we crossed the beck.

We detoured ever so slightly into Turner Hall Farm’s campsite to get some drinking water. The eaves of the barn here were plastered with house martin nests.

We didn’t pop into the church, as I would like to have done, because the kids were expecting ice cream and would brook no delays. The lovely display of wild flowers in the church yard has inspired me to finally get round to reading ‘God’s Acre’ by Francesca Greenoak which I bought second-hand a while ago. It’s a description and a celebration of the flora and fauna to be found in British churchyards.

Ice-cream, lemonade and a pint of Dickie Doodle were taken at the Newfield Inn and from there we were very shortly back at the stepping stones near the start of our walk…

The swimming was great – cold, but not too bad – nothing like as cold as Coniston Water has been when I’ve swum in it in September in the last couple of years.

Wallowbarrow Gorge held one final surprise, but I’m leaving that for the next post….. (what a cliff-hanger!)

*from Cuyahoga by REM. Between that song and Nightswimming I always associate riverswimming and skinnydipping with REM.