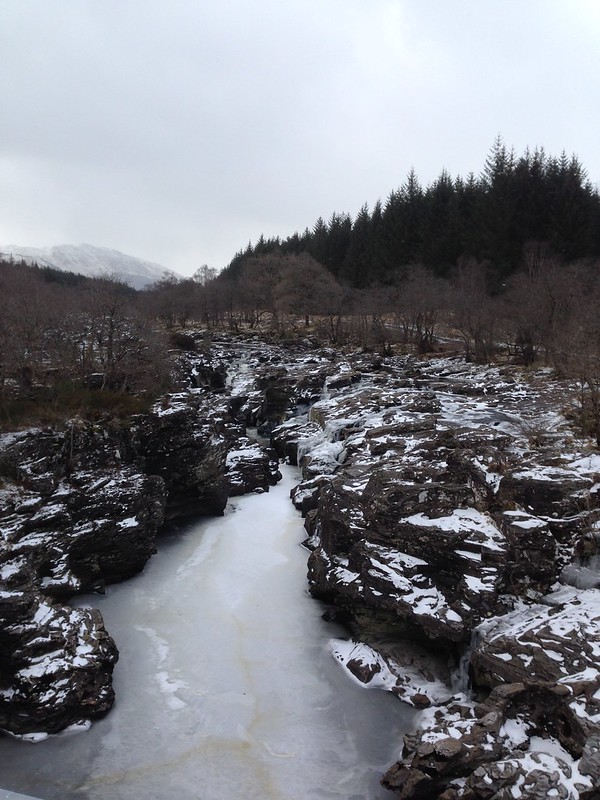 A frozen over River Orchy. 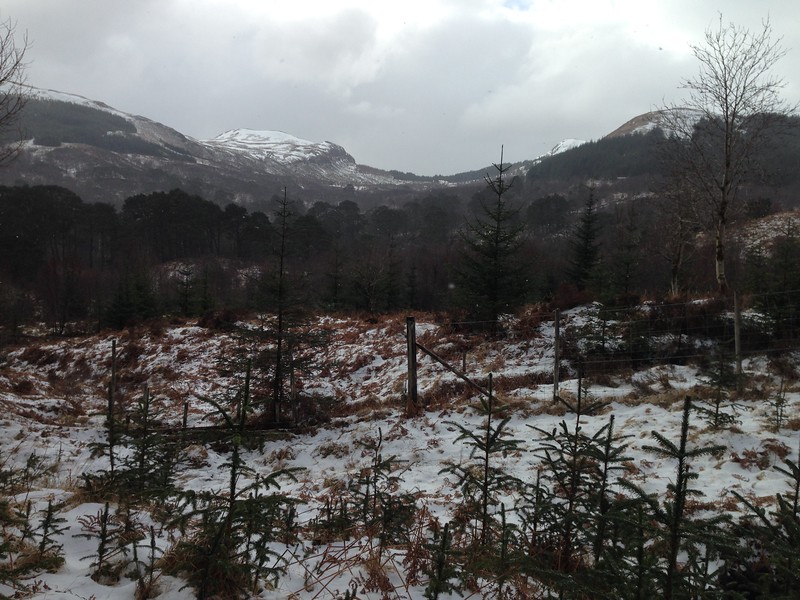 A view from the approach walk through the forest. 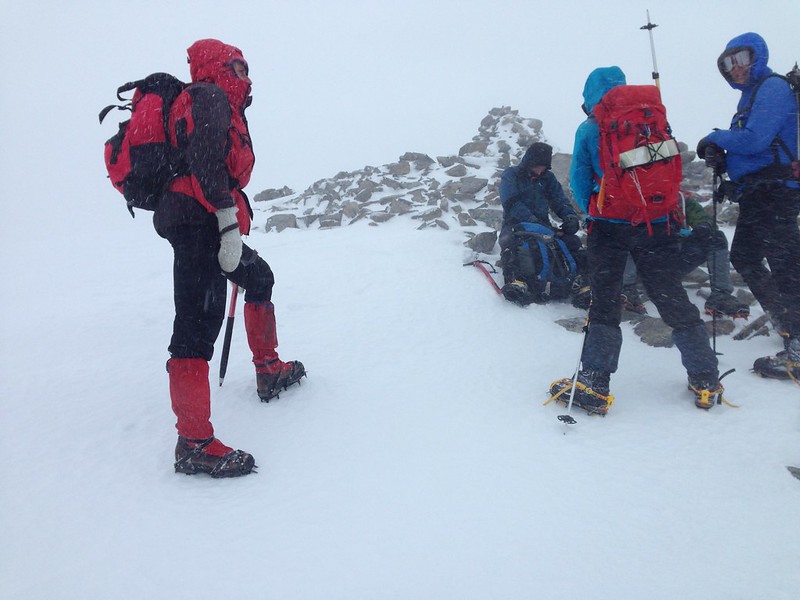 Wild weather on the summit. 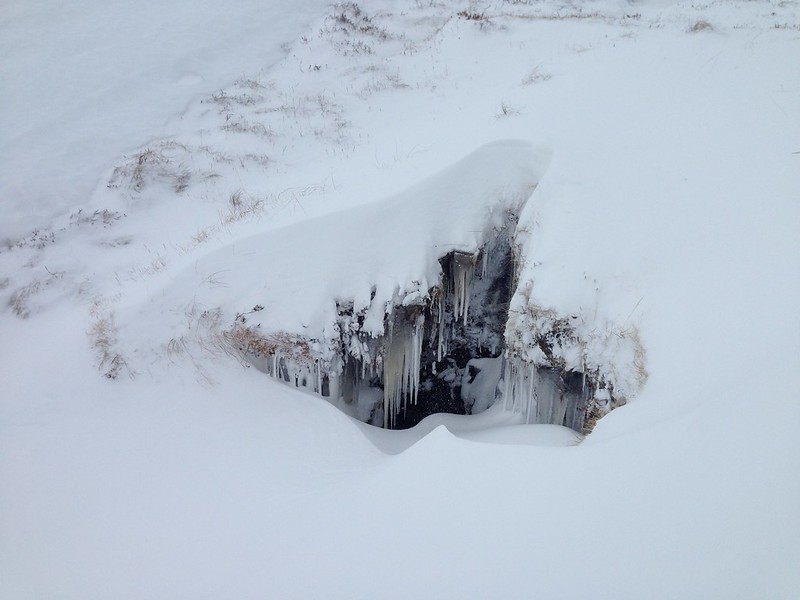 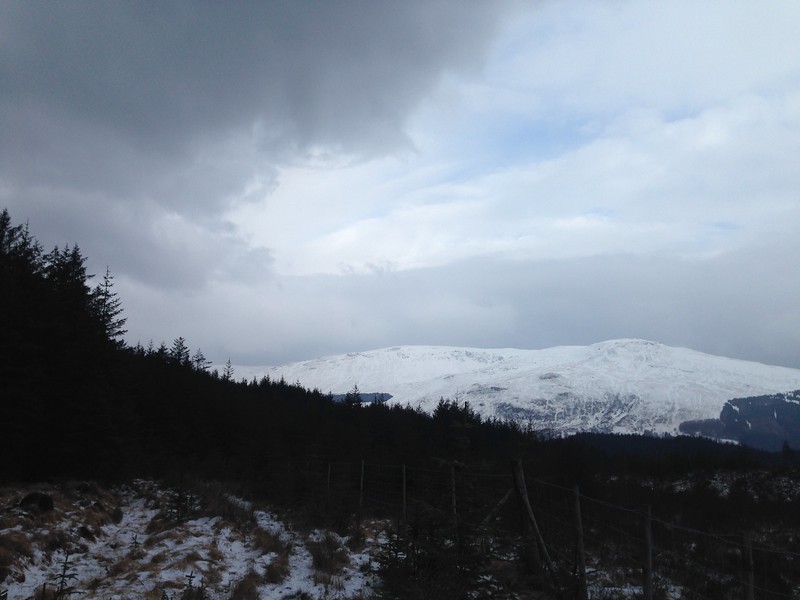 Back in the forest – and a hint of blue sky! 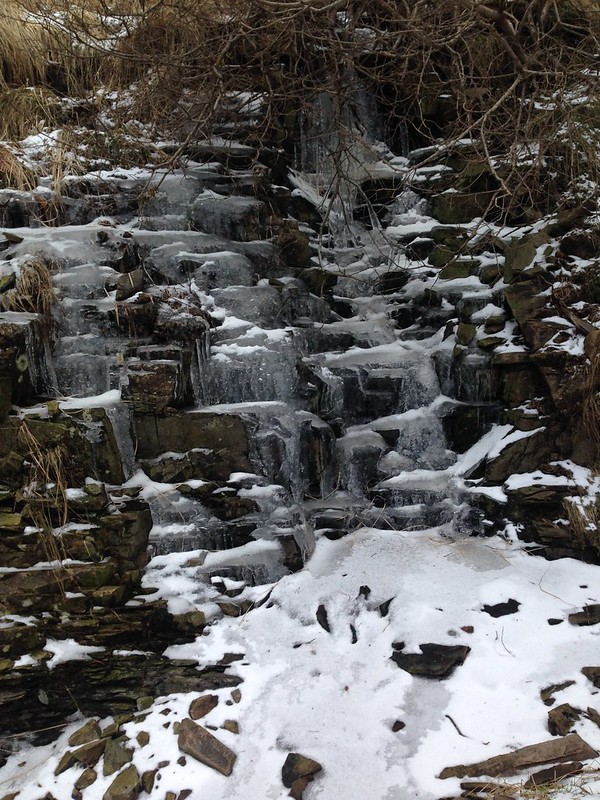 The occasion of this walk was our annual Highland Gathering of old friends. After heavy snowfalls followed by Atlantic gales our party was somewhat smaller than it should have been, with some people not able to make it. On the Saturday, those of us that did manage to get there mostly opted to climb Beinn Mhic Mhonaidh above Glen Orchy which was not too far from where we were staying at the Bridge of Orchy Hotel, is a Corbett for those who are bothered by such things, and is not too high given the low cloud and strong winds forecast.

One unanticipated difficulty was that the start of the track was closed, due to tree felling and the building of a replacement bridge over the Orchy, but after a bit of a conflab we decided that with the machinery standing silent on the track, and with the new bridge clearly almost finished, we would ignore the signs and go ahead anyway.

I’m not generally very keen on walks though pine plantations, but have to admit that the lower stages of this route, both up and down, were very pleasant, with some shelter from the wind and occasional views of the surrounding hills. Beyond the trees, the climb was steep. Initially, where there was a thin layer of fresh snow over frozen and icy ground, the going was much too exciting for me, but after we put our spikes on, and swapped a trekking pole for an ice axe, I felt a lot more secure and enjoyed the climb, especially some of the less steep sections of old neve which were in perfect condition.

When we hit the ridge, the wind was making walking quite challenging – I was glad I had goggles and a balaclava so that only the end of my nose was exposed to the the scouring ice and snow which was being blown about. Fortunately, almost as soon as we started to descend, the wind dropped considerably.

Back at the hotel, the beer, the meal and the conversation were all highly enjoyable, but I’m afraid I led the field in the Snoring in the Residents’ Lounge Stakes.

Andy, who booked and organised the weekend (cheers Andy!), has more and better photographs in his post about this walk here.