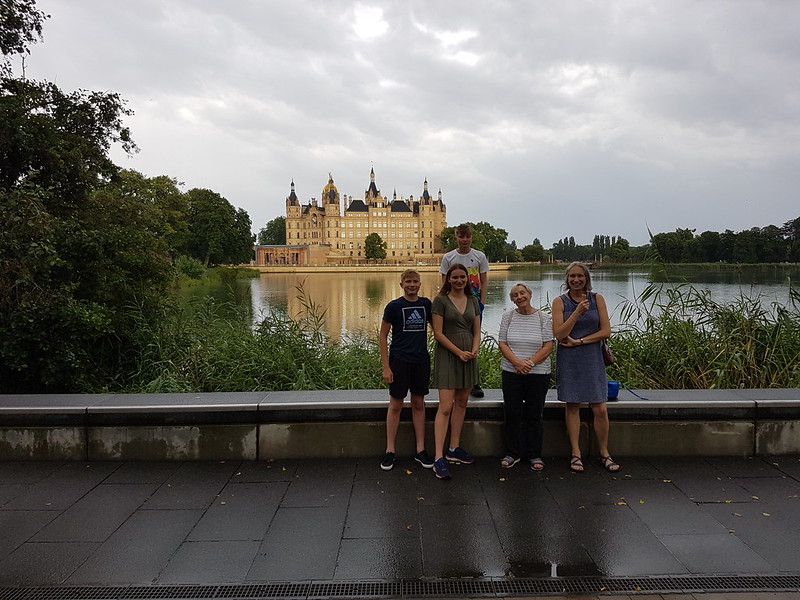 This was the day after our wander around Lübeck. In retrospect, I wonder how we got away with another sight-seeing tour in consecutive days. Not usually the DBs kind of thing.

Somehow in my many visits to northern Germany, I’d never been to Schwerin. Of course, when I was young it was over the border in the DDR and so off-limits, but with hindsight it seems slightly odd that I haven’t visited since given that it’s relatively close to Ratzeburg. 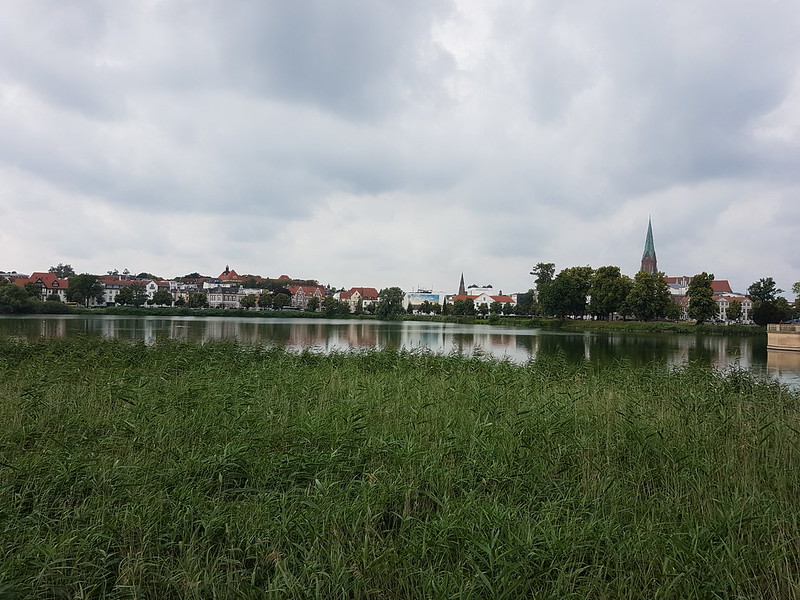 This time we were a smaller party, with just my Aunt J joining us for the day. 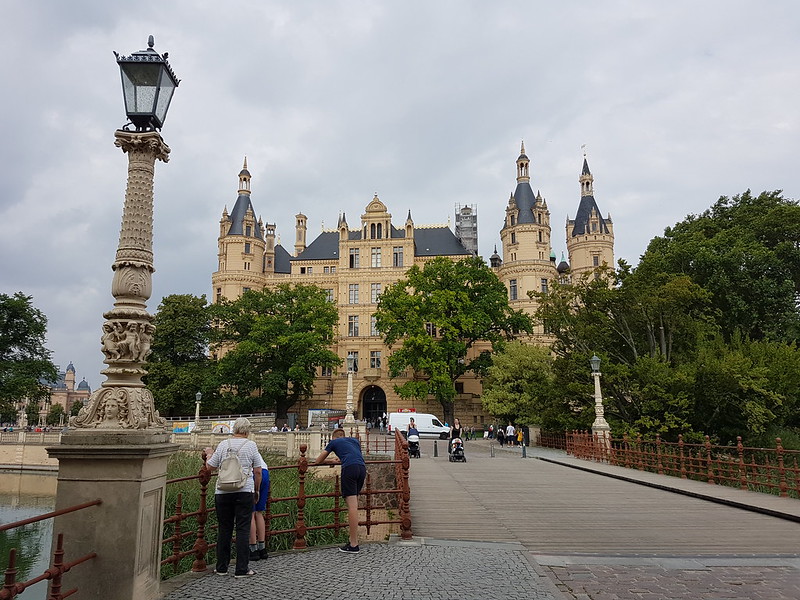 The castle sits on an island in the lake, but is easily accessed by bridges. The current building is nineteenth century, but this spot has featured a castle for many centuries. Nowadays, it houses both the local parliament building and a museum. We opted to wander around the gardens, which had the massive advantage of being free. 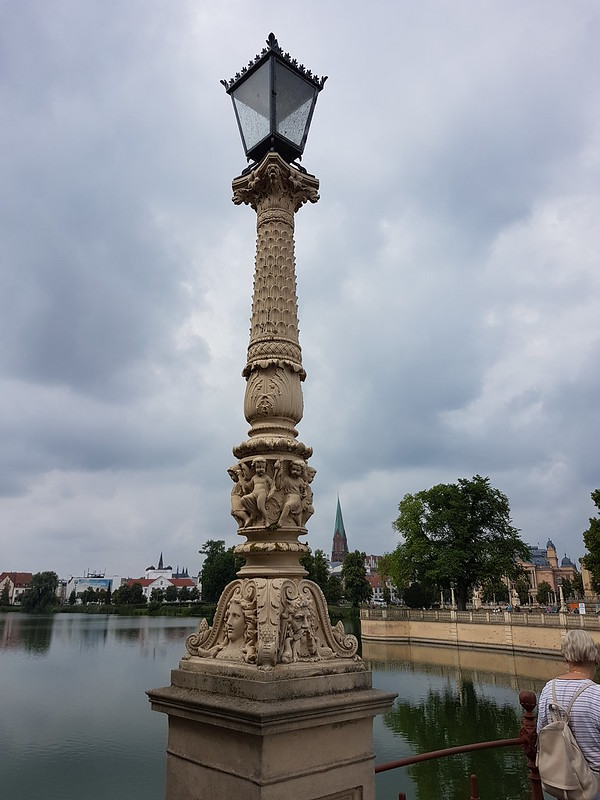 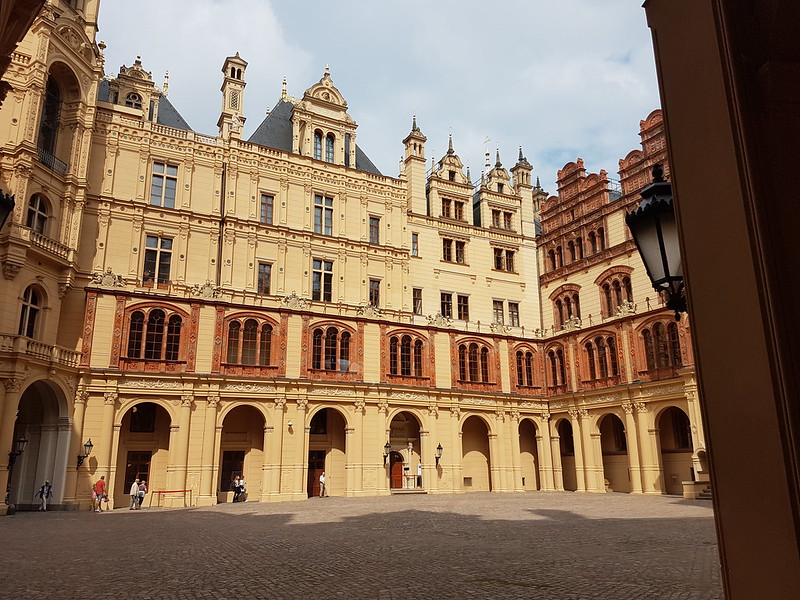 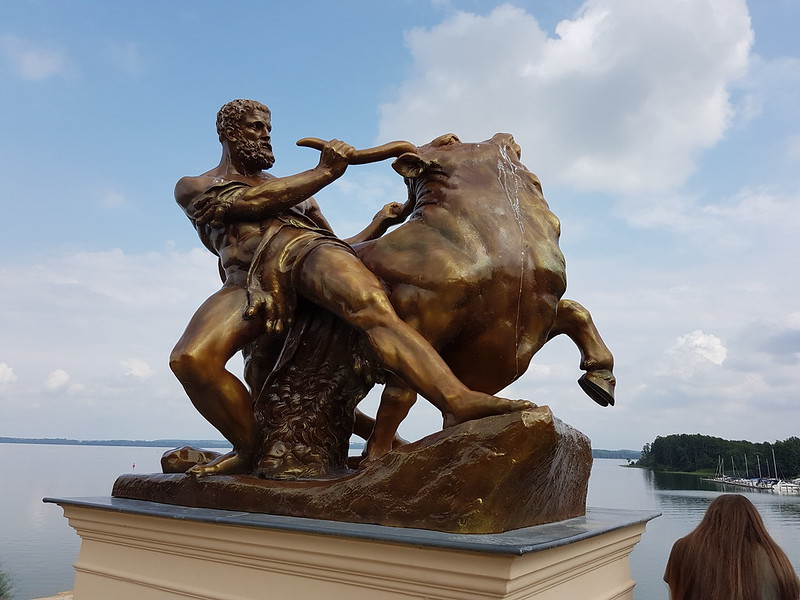 Hercules and the Cretan Bull? 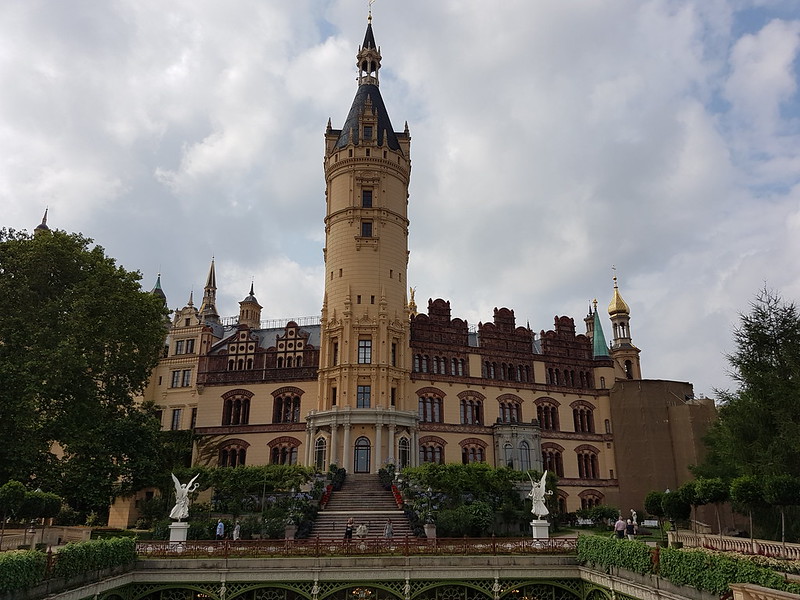 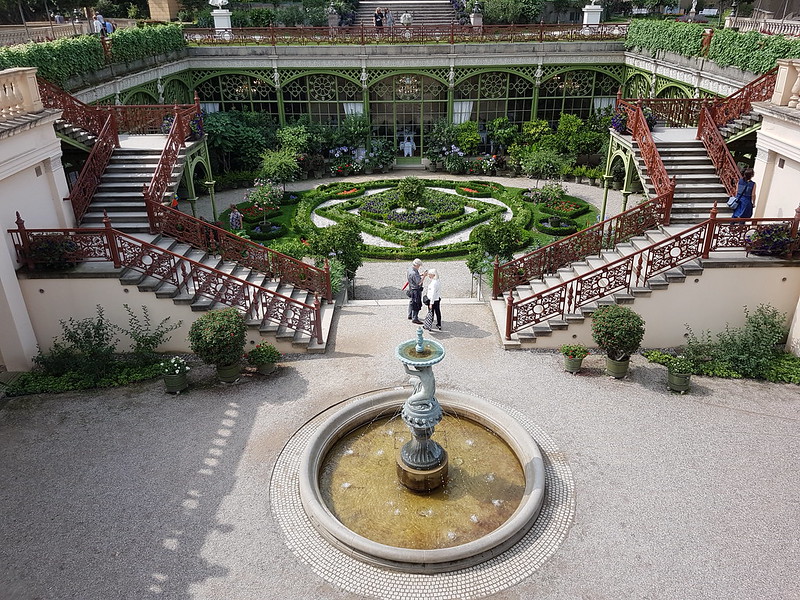 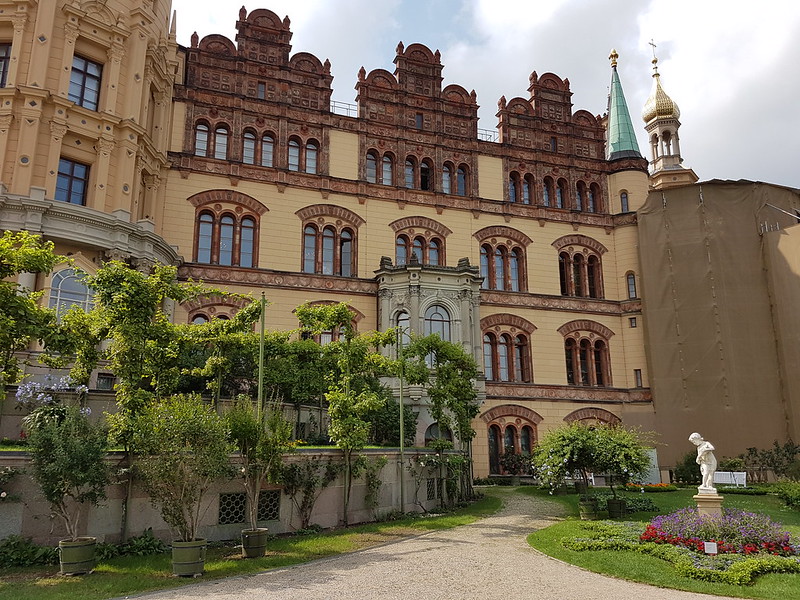 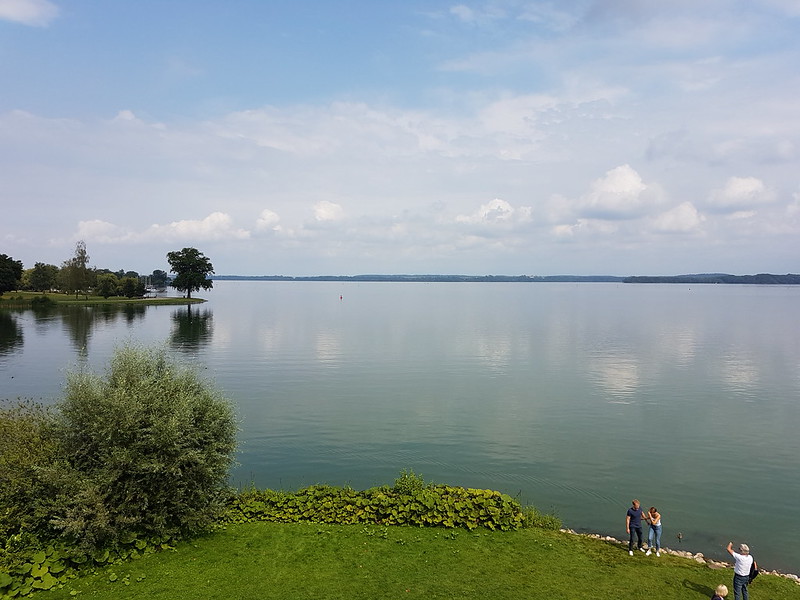 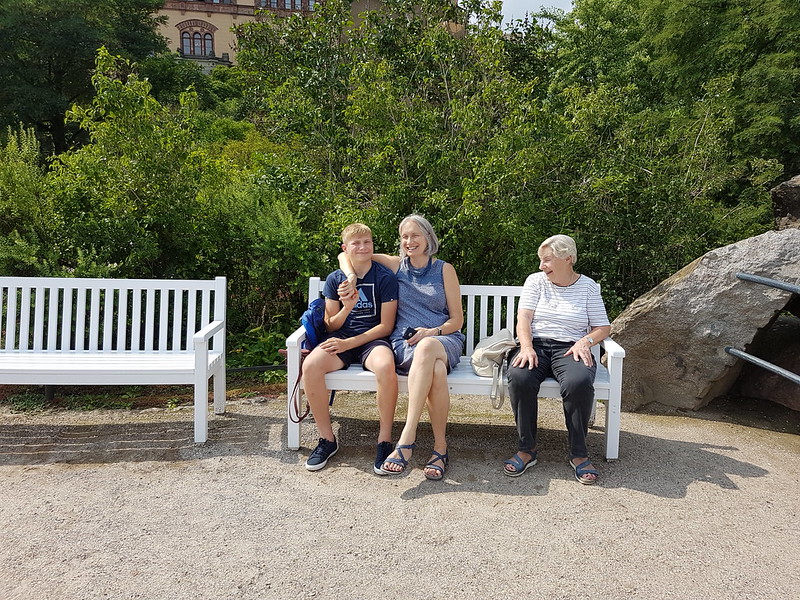 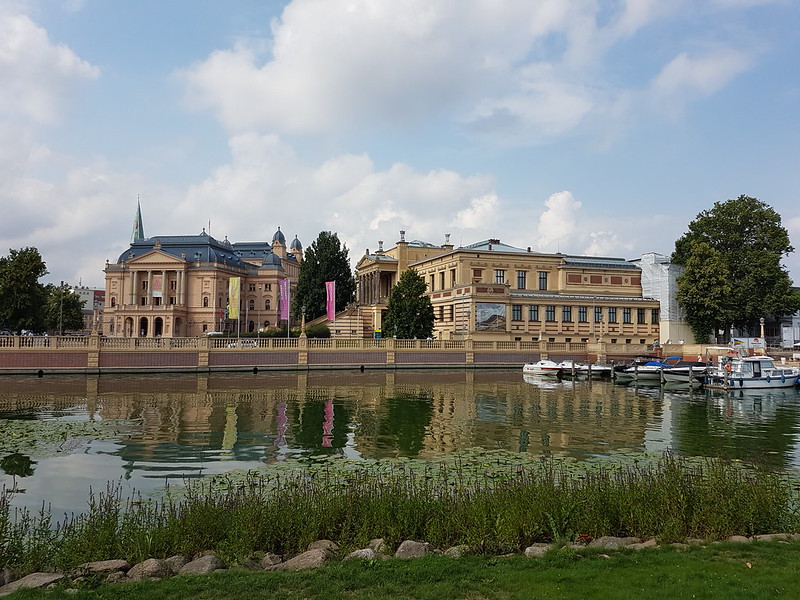 A theatre and an art gallery, I think. 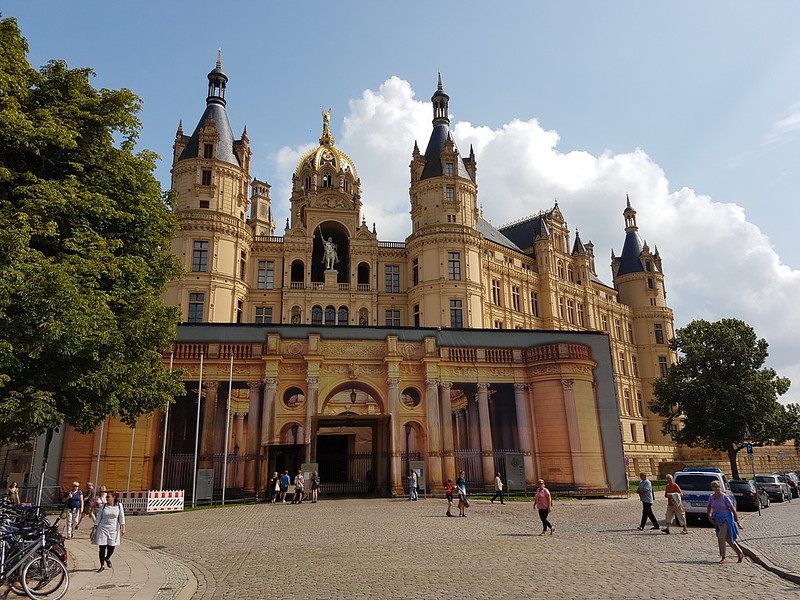 The facade at the front of the castle was wreathed in scaffolding, but that had been rather cleverly covered with a photograph of the building. 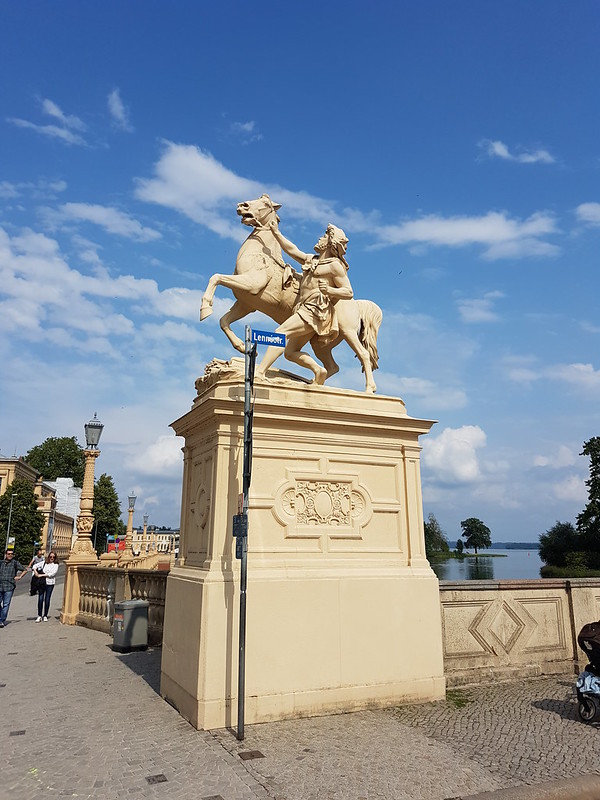 It had been very overcast when we arrived, and while we picnicked by the lake shore, but it really brightened up as we toured the gardens. 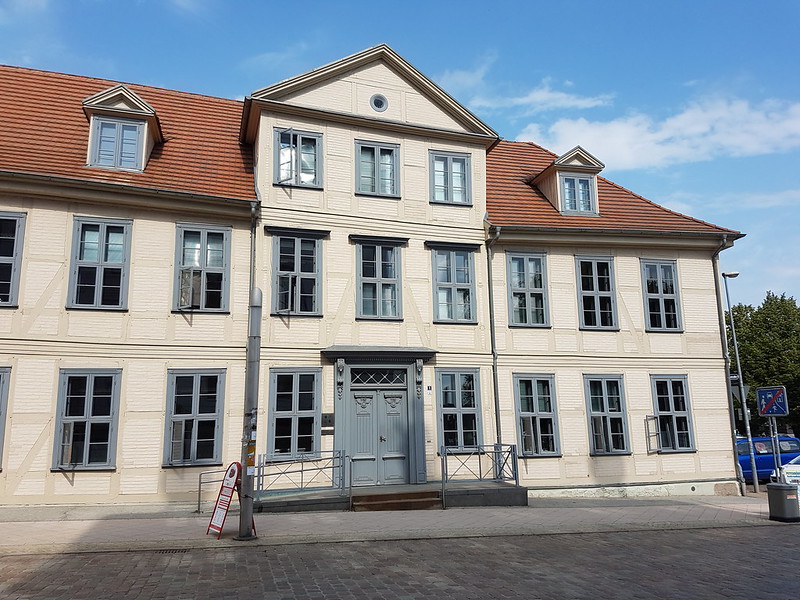 We also had a brief wander into the town, but not too far – J was taking us for Kaffee und Kuchen, which I’ve always regarded as a national obsession in Germany, although my view may be coloured by the preferences of my aunt and uncle and their friends. 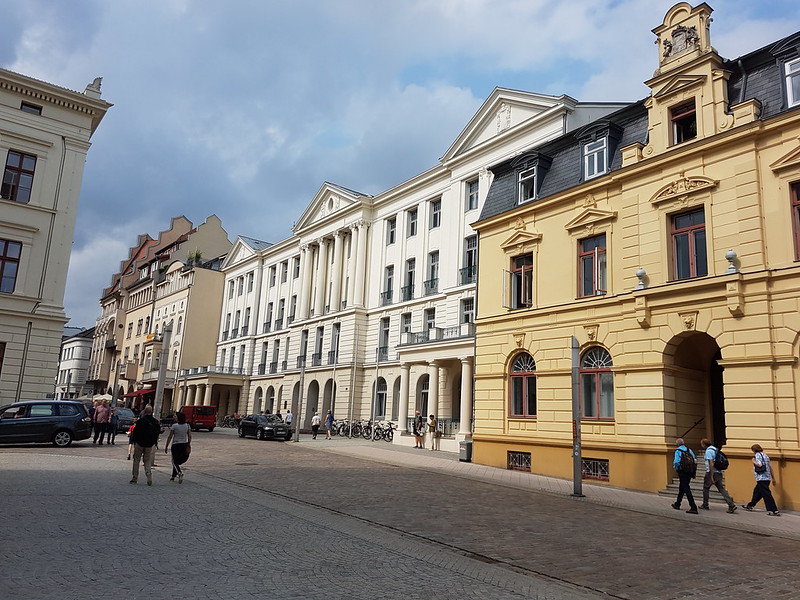 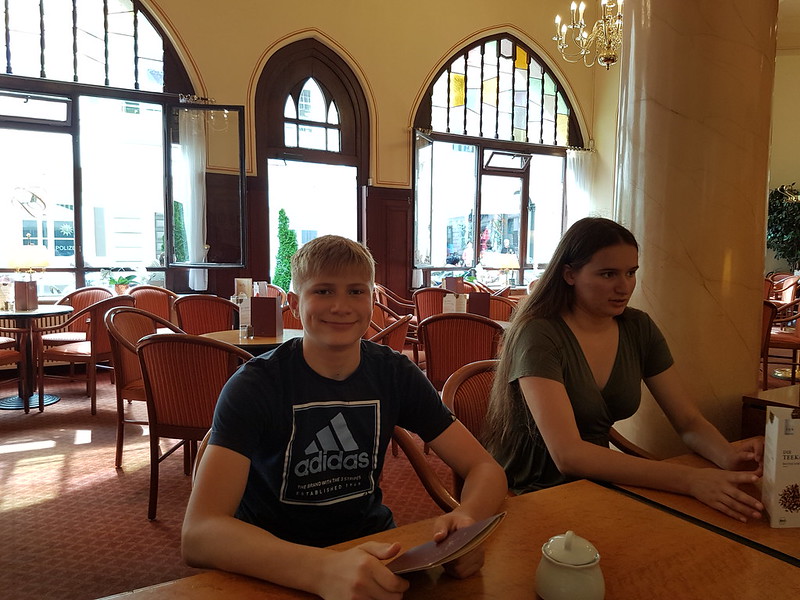 I thought my aunt told us that this was her favourite cafe, but the kids assure me that she actually said that it is one of her favourites. They suspect that she has many favourites. It was certainly very nice. 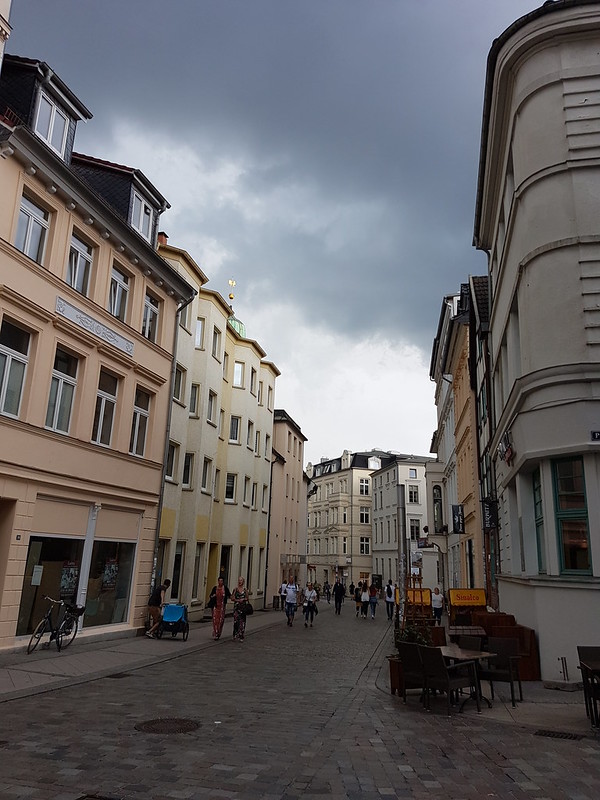 Replete, we emerged to discover that the weather had completely changed. 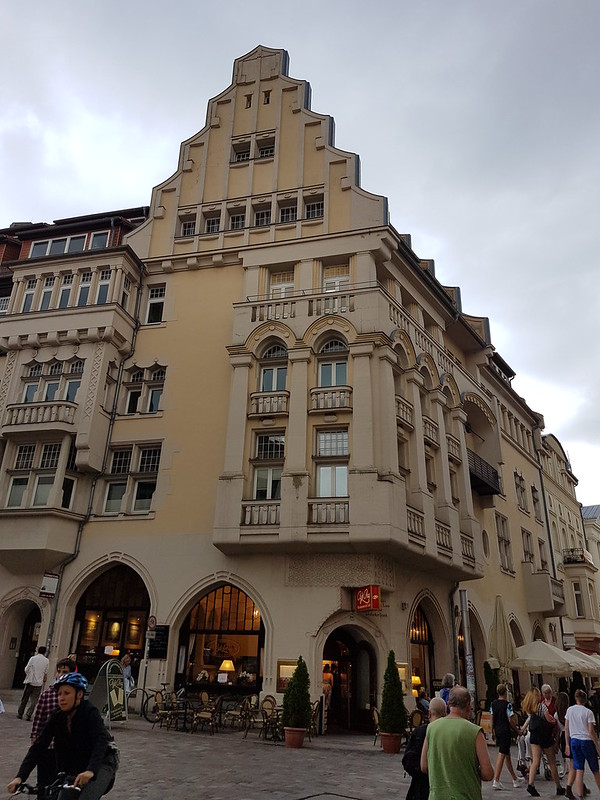 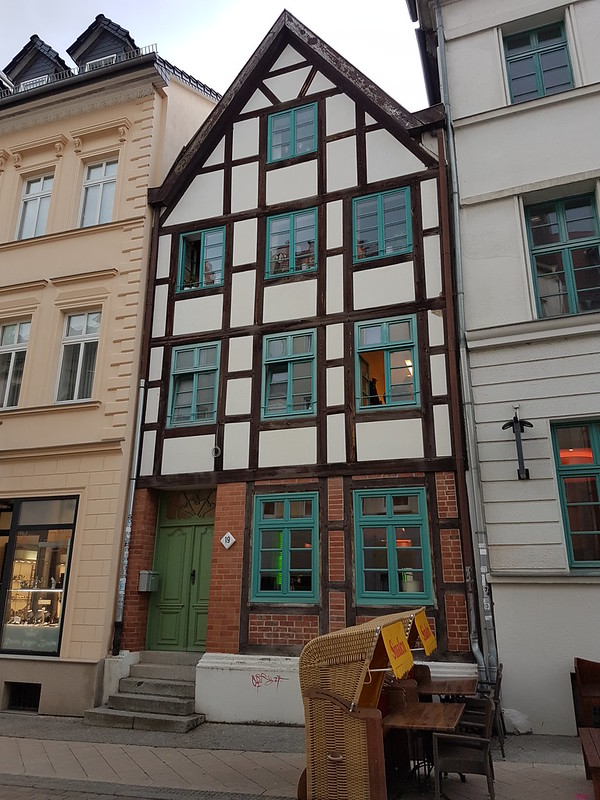 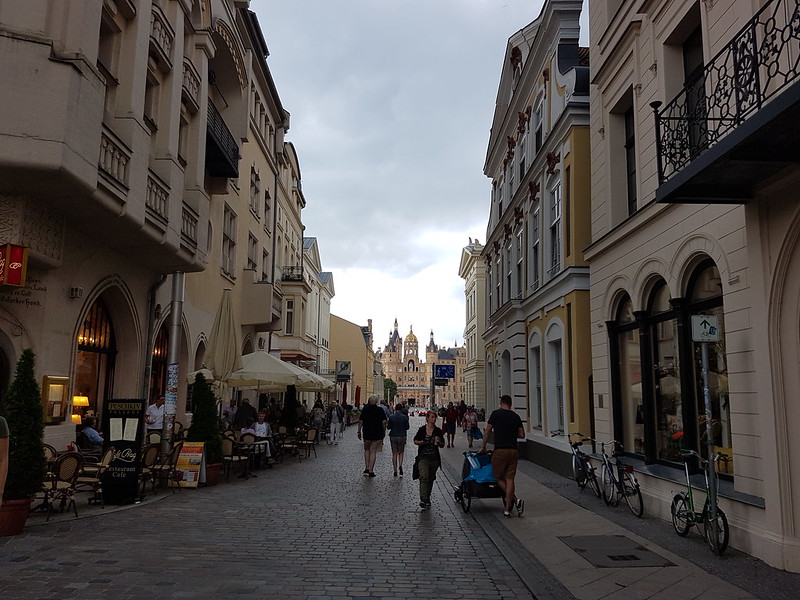 Dark skies prevailed and pretty soon rain was hammering down.

We were completely unprepared for this eventuality, and sheltered in various shop doorways, occasionally running for another canopy when we thought we’d overstayed our welcome. 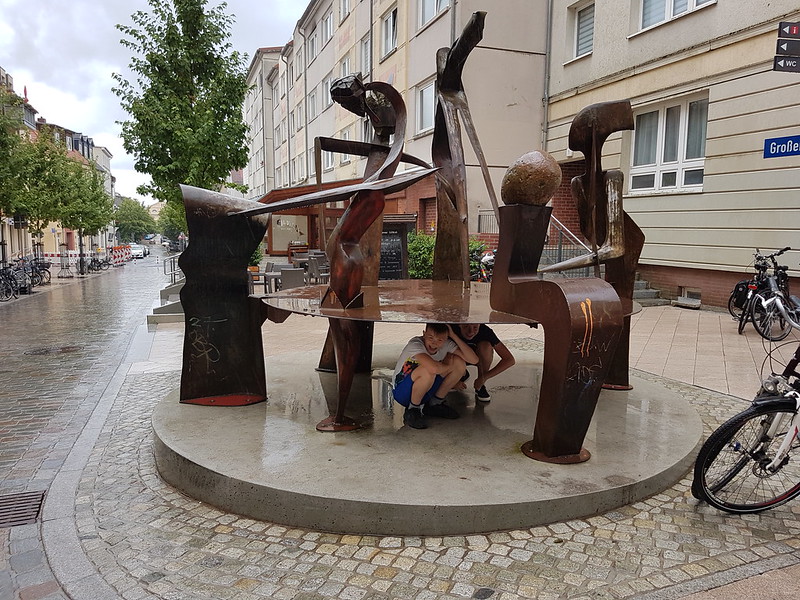 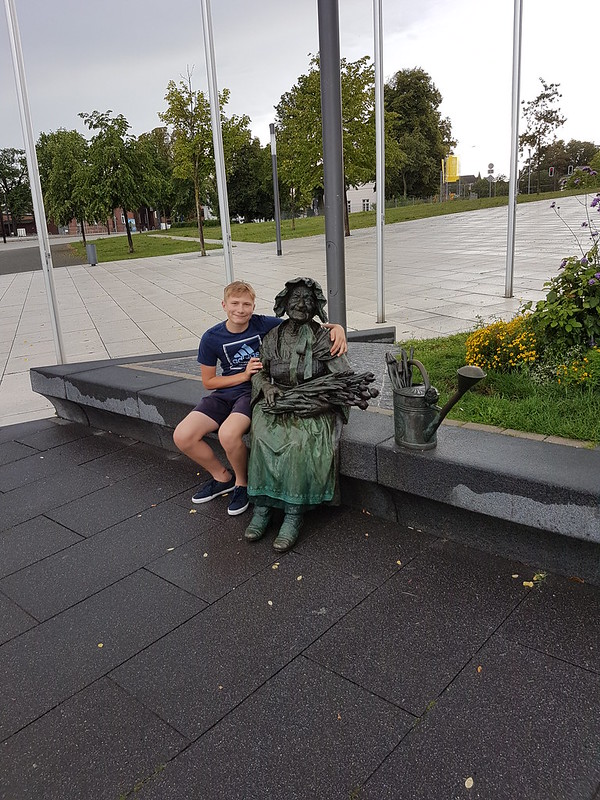 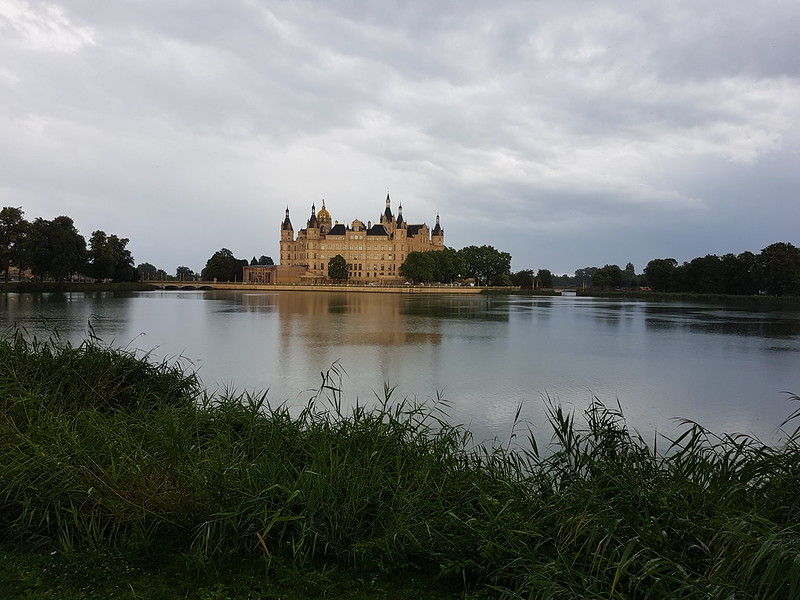 A final view of the Schloss.