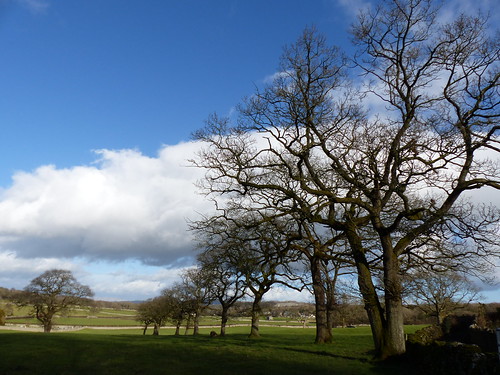 Nothing to do with Maurice Sendak’s evocative book I’m afraid, apart from the fact that I’ve appropriated his title. I have been thinking of launching into another of my occasional polemics, but I’ve decided that I enjoyed this walk too much to turn the account of it into an intemperate rant. So lets suffice to say that ‘where the wild things are’ is not in some distant, untouched, inviolate wilderness, but is on our doorstep, all around us. Nature lives cheek by jowl with manunkind: it doesn’t have much choice.

Leaving aside the downsides of that fact – since I’ve decided not to rant – one happy consequence is that the wildness and wet, the weeds and the wilderness, can still be appreciated by anybody prepared to step outside their doors.

All through the winter months the fields around the village are full of birds probing the soil for food. Rooks and jackdaws, sometimes curlews, but most noticeably flocks of oystercatchers. 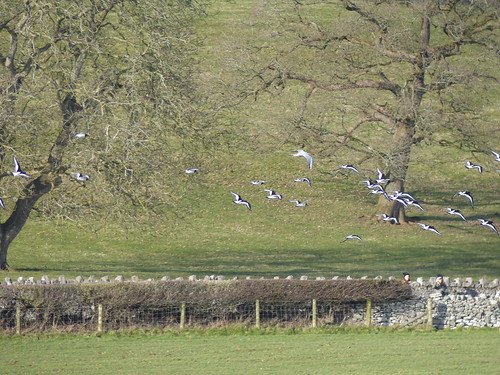 My attempts to take photographs of them have not generally been very successful, and once again, the presence of me and my camera spooked the oystercatchers, along with a couple of stray black-headed gulls, but at least I caught them sweeping away this time.

It was E.E.Cummings again who provoked my pondering the relationship between man and nature:

Not the hymn to spring I keep promising I know, but it’s another new addition to my growing list of favourites.

Anyway, this was half-term’s final Saturday afternoon and a meandering beating of the bounds, a glorious final fling for the holiday. (I did briefly get out on Sunday, but it was drizzling when I set-off and it went downhill weatherwise from there, so we’ll draw a veil over that.) The rest of the crew were furiously stitching Little S’s new teddy bear so I was once again on my own. 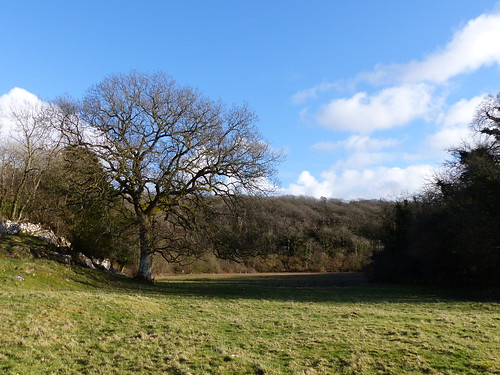 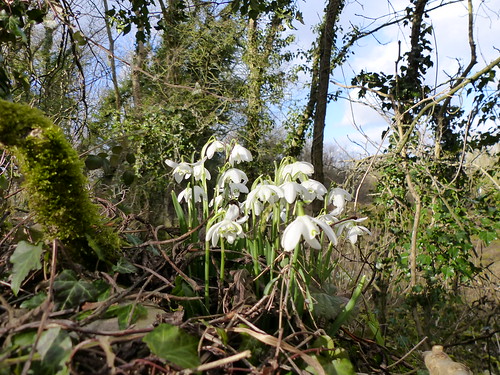 In Burtonwell Wood there were more snowdrops to enjoy and a shy pair of roe deer who escaped through the trees long before I could even retrieve my camera from its case. 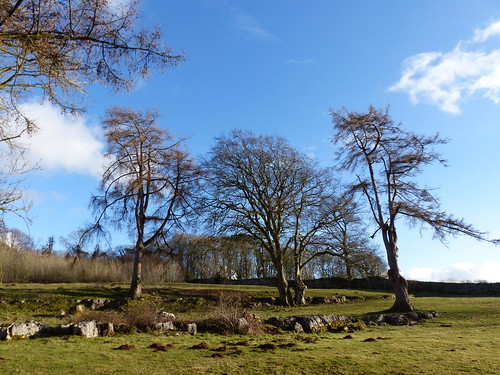 Larches and beeches. The right-most of the two beeches has a holly growing out of a hollow in its trunk. (The holly doesn’t have too many leaves though – I wonder whether it is struggling.) 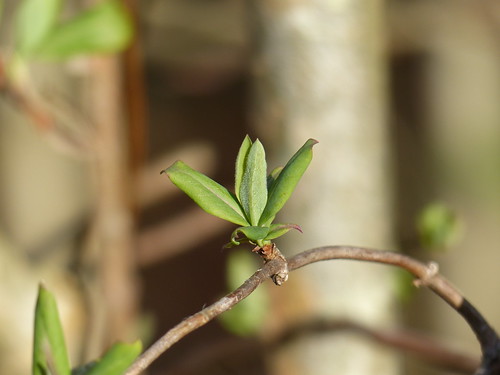 I was improvising a trajectory which busily went nowhere. On Heald Brow, which I haven’t visited for a while, there’s a loop of permission path which perfectly suited the circuitous curlicues of my route. Whilst wandering I encountered… 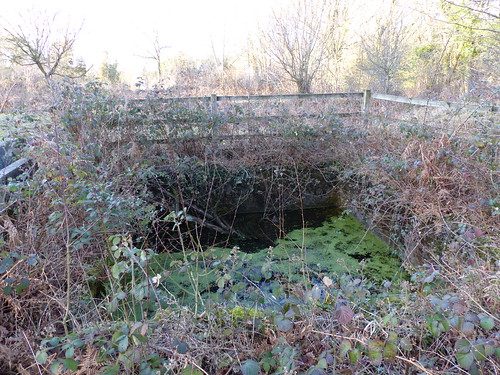 …what I assume is another of the village’s many wells. 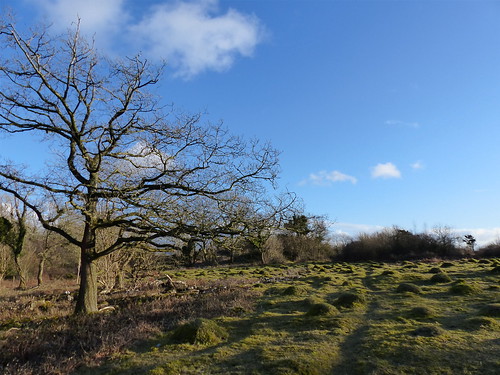 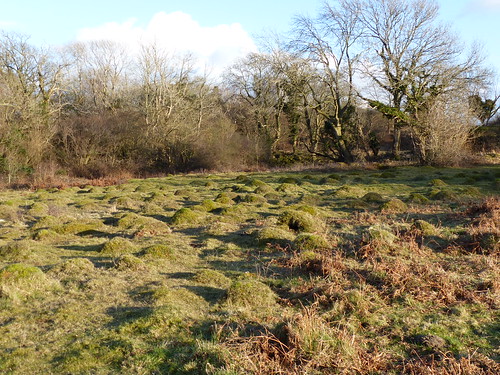 Some of which have been got at…. 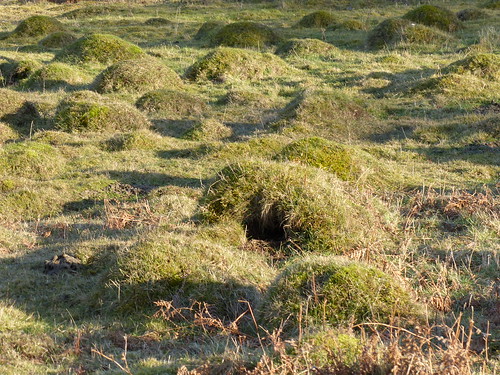 …I presume either by badgers or by green woodpeckers. 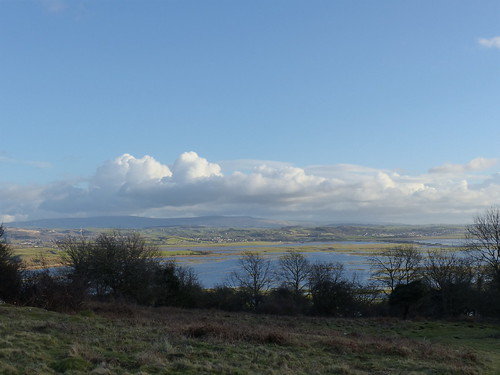 This departure from the norm was too much to resist and so I took the steep path which headed down in that direction. 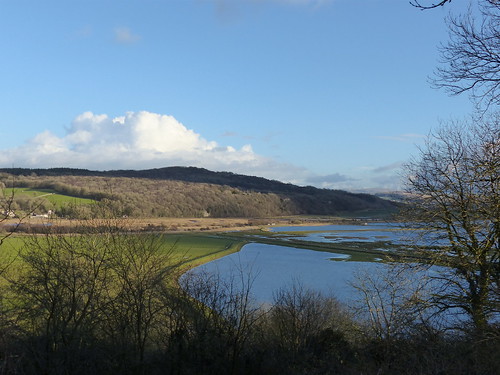 The raised bank which has held back the flooding here is Quaker’s Stang – an old sea defence. 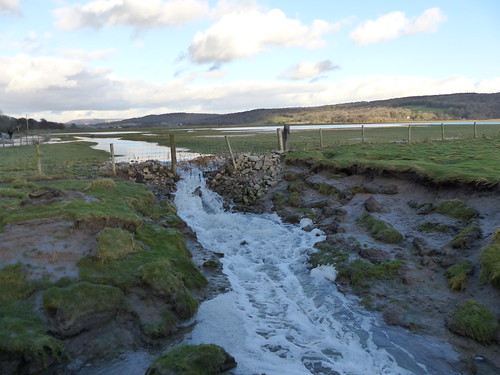 This darksome burn, horseback brown,
His rollrock highroad roaring down,

Generally there’s a small trickle of water here, a tributary of Quicksand Pool, which drains Leighton Moss. On this occasion it was flowing with quite some volume, power and noise. 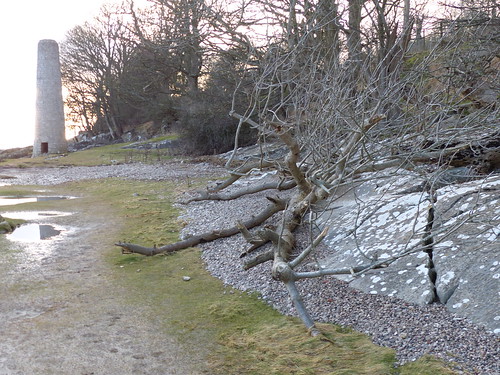 This ash tree was still carrying buds –  I suspect it was left here by the receding waters and I think the same probably applies to the shingle ‘beach’ beneath it. 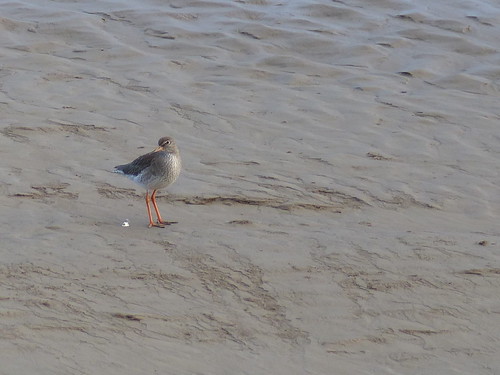 I’m pretty shaky when identifying wading birds, but I’m hoping that the new camera will help with that. This is a redshank. 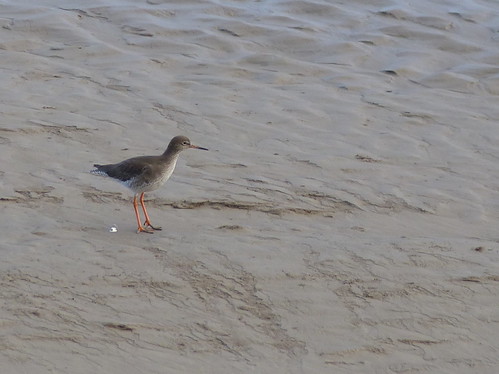 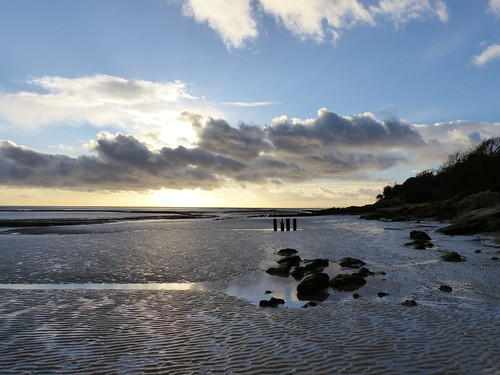 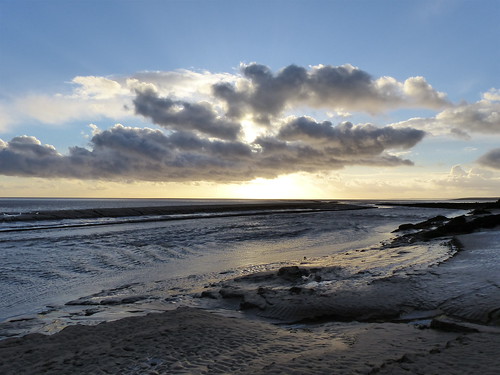 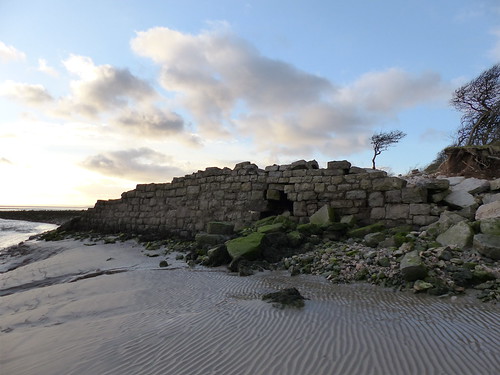 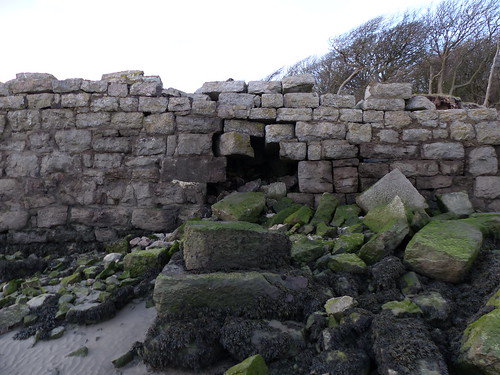 I had intended to head up onto Jack Scout, but rounding the corner I found that the sand was firm and decided to continue round back to the village. ( It wouldn’t have worked without wellies; I had to wade an ankle deep channel.) 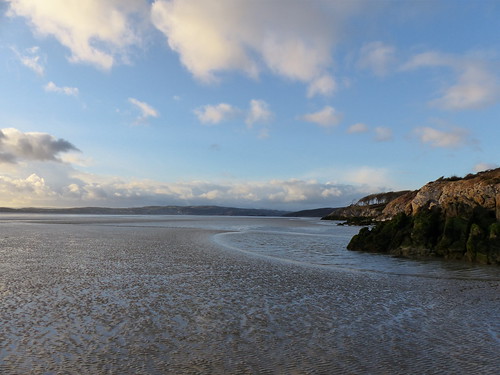 The sun was heading towards the horizon; the wind was blowing cold and fresh; the views were expansive. Sometimes the ‘wildness and wet’ are not too hard to find. 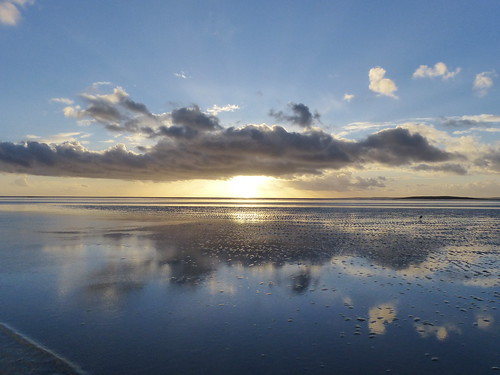 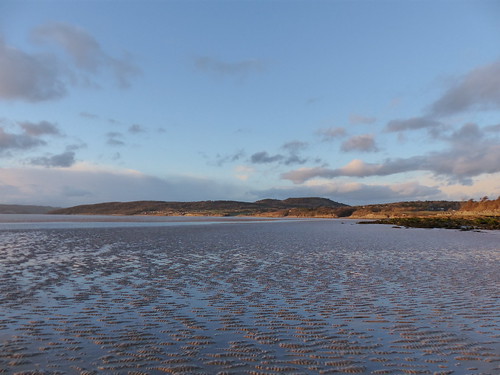 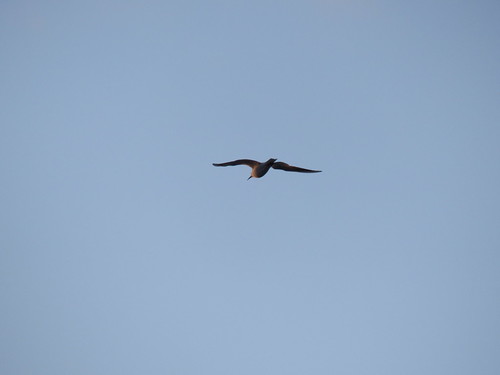 Noisy creatures gulls, but I’ve often noticed that, around sunset, they can been observed ghosting silently out into The Bay, drifting by overhead. 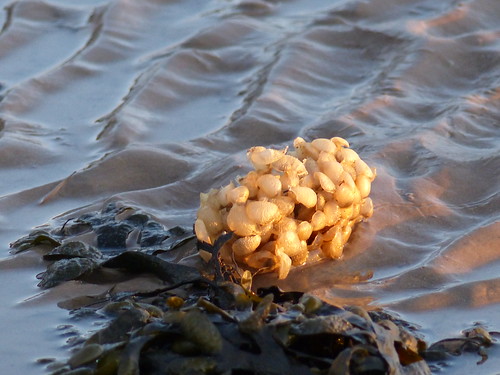 Once again I was stalking oystercatchers. This time they let me get a bit closer.

I took a few pictures of the birds. Then a picture of the sunset, or two. Then moved slowly a little closer to the oystercatchers.

Finally, the birds patience with me ran out and I almost got the birds and the sunset together…. 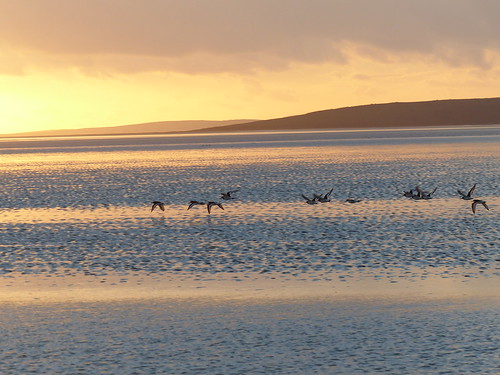 This was only an afternoon stroll…. 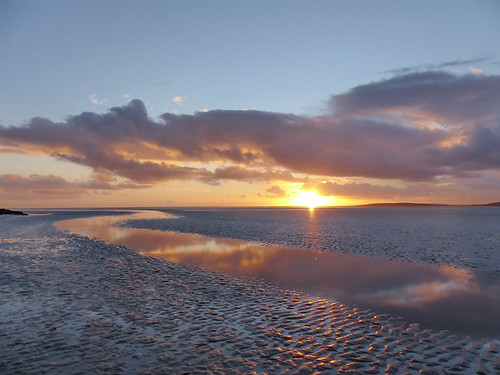 …but it was a real corker!

Roll on the next staycation.

Where the Wild Things Are

13 thoughts on “Where the Wild Things Are”